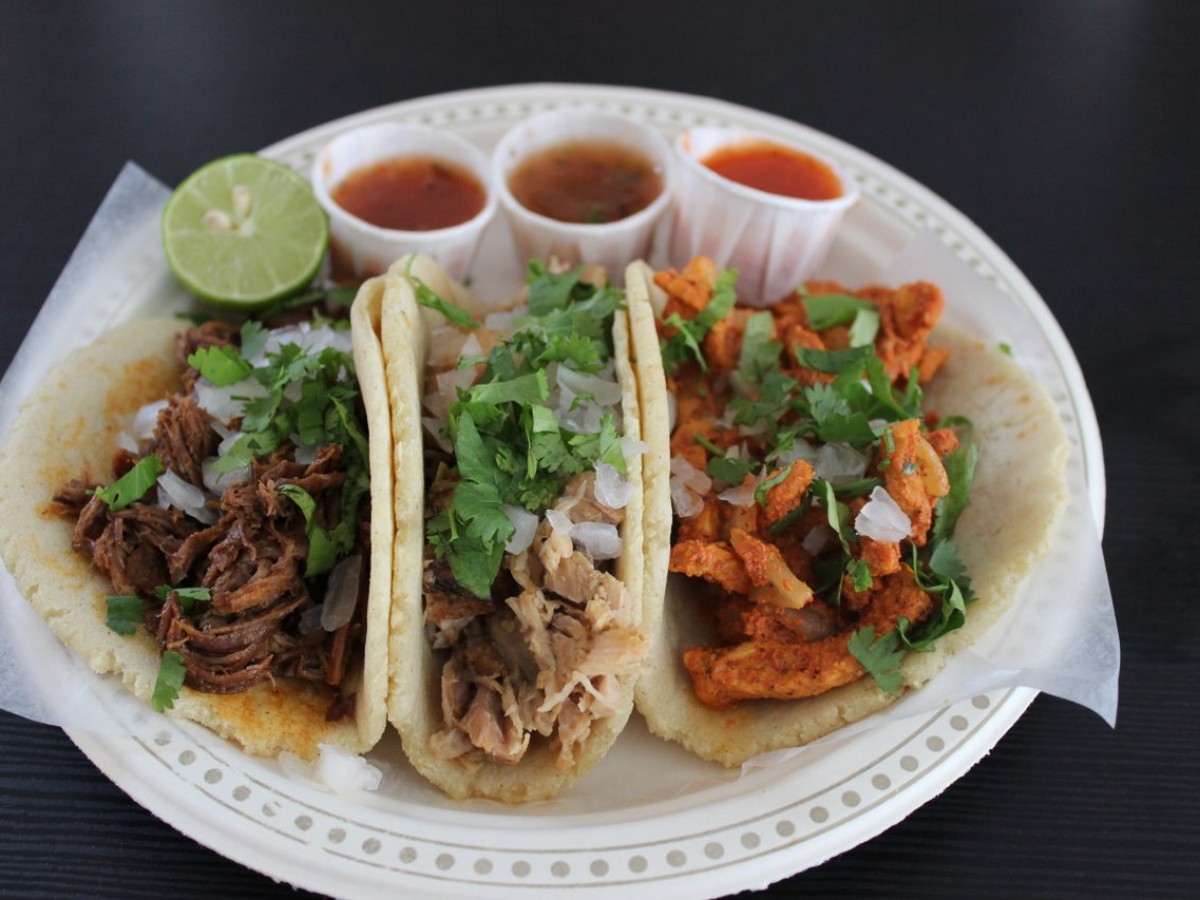 A selection of tacos from BMC Market (Mike Green)

Morelia, Mexico’s Alberto Velasco-Acosta with his takes on the city’s best Mexican eateries

It’s not as if we needed an excuse to talk tacos, but Cinco de Mayo is coming up on Sunday (May 5) and Alberto Velasco-Acosta from the office was really stoked to share his favourite spots in the city that make him feel like he's back in Mexico.

Alberto comes for Morelia, Mexico – a city celebrated for  its taquerias and all-round culinary heritage. He’s also the emcee of the Mexican Pavilion at Folklorama, and a member of Mex y Can Association of Manitoba, which is holding a very casual event on Sunday to celebrate Cinco de Mayo (more on that below).

Before we pressed him like a ball of masa to make one tasty tortilla of a guide for you, we thought we should ask, why are his recommendations all taquerias? 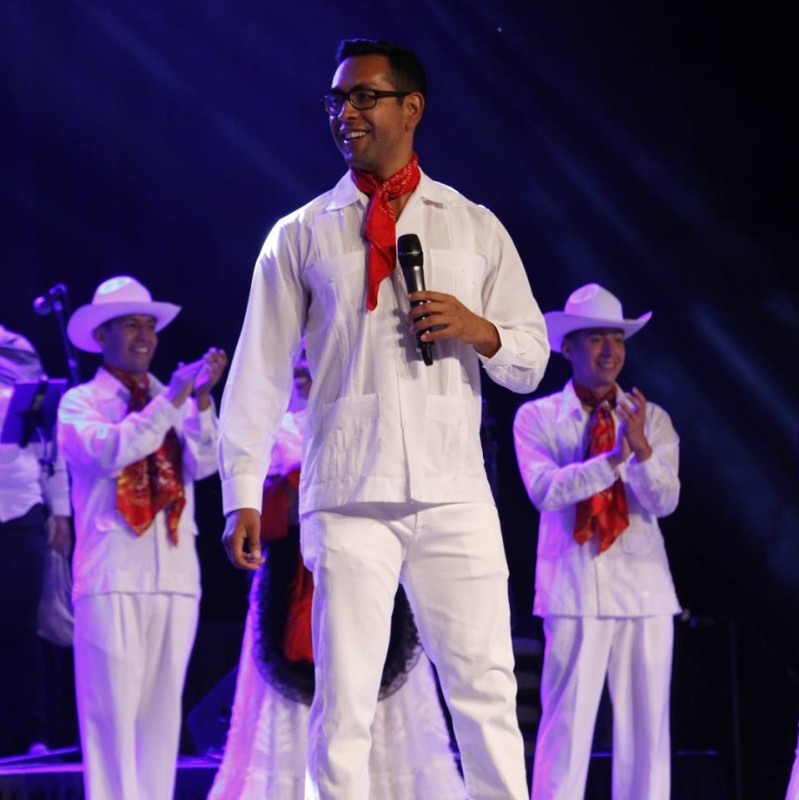 “First off, this list is all tacos because for us, tacos are the staple food. It’s like what rice is to Asia, or perhaps bread [as the base] for a lot of European dishes. For us, there has to be tortillas,” said Alberto.

“You can make tacos out of anything, and that’s a very common way of doing pot lucks in Mexico. Everyone brings different dishes, different meats, and different sauces, and then you just stack the tortillas and you make anything you’d like.”

“In Mexico, we obviously have an extensive variety of other dishes, but so many of these are more local, very regional and based on those ingredients. So a lot of these dishes aren’t traditionally sold outside of Mexico. One quick example in my hometown is gazpacho, which isn’t the Spanish cold tomato soup. Our version is like a fruit cocktail that has jicama, pineapple, onions, mango; you mix it all up, douse it with fresh orange juice, then top with queso fresco and cayenne pepper. Admittedly, we could use more of that here.”

“Anyway, when I first came to Winnipeg 15 years ago, the Mexican food scene was sad. There wasn’t much, just a couple places outside of fast food places which I don’t count as Mexican. Now, today, there are these great options:”

This is the first place I take people looking for authentic Mexican food. I always suggest the barbacoa tacos – shredded beef simmered in Mexican sauces served in handmade tortillas.

Those tortillas are beautiful – not perfectly round, nor are they thick, but [they are] pliable and thin and the hold the ingredients nicely.

I now know the owners and Betty [Calderon-Villasenor] is from my hometown of Morelia, in central Mexico. This just happens to be that way – it’s not as if there is a city of people from my home city here in Mexico – there’s just a few of us, but it just happens that she is. 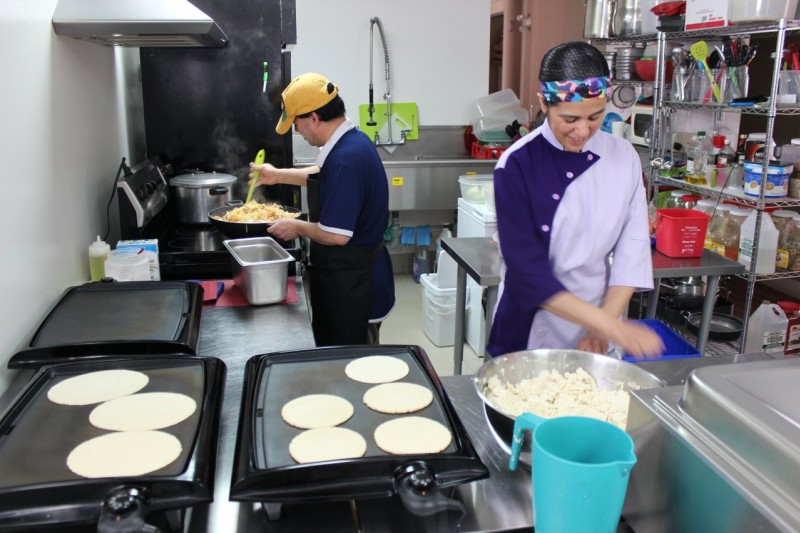 PCG’s two cents: You also can’t beat the prices, with most tacos being three for $5 or $6, while the place is also licenced, so you can get a crisp cerveza to wash it all down. Plus, Betty is just such a gem, while watching her hand form your tortillas is so impressive. You can read our 2015 article on BMC here.

What I recommend here is the mole tacos. These are very timely for Cinco de Mayo because the holiday celebrates a battle fought [in 1862, with Mexico defeating France] in Puebla, Mexico, and Puebla is very well-known for its mole [the state grows a lot of poblano peppers, one of the main bases for the complex sauce].

The recipe is a lot more complicated than you would expect. On top of poblano peppers and dark chocolate, a good mole – like at Sargent – will have almonds, peanuts, pine nuts, and peppers and all the spices. It all lends to that creamy texture that really goes well with chicken. Traditionally, we have it with turkey, but chicken is the easiest way to do it now and Sargent Taco Shop does a nice job.

The owner, Carlos [Bosque], is from Mexico City, and I’m very glad he opened, because he has brought other types of tacos, different from BMC’s. BMC’s tacos are more representative of Morelia, whereas Sargent Tacos covers Mexico in general. He does al pastor, mole, and gringas – a well-known quesadilla with lots of meat on top of it that you’ll see from carts on lots of Mexican streets. 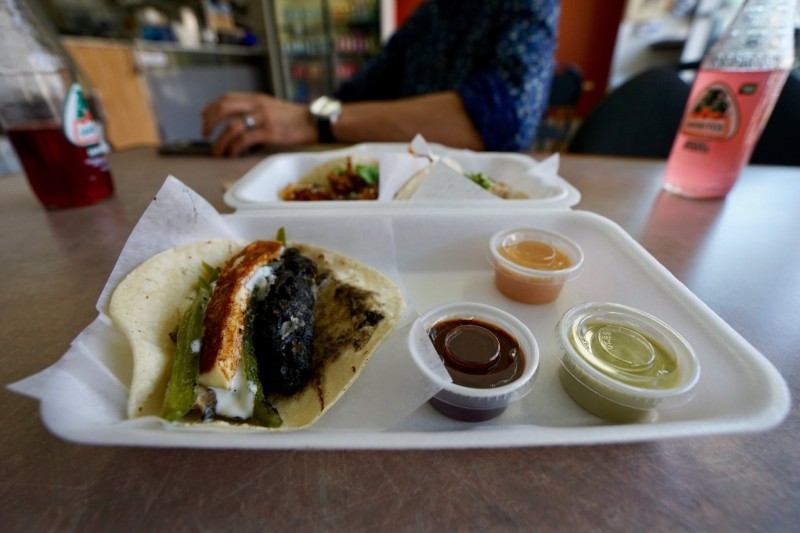 PCG’s two cents: The huitlacoche tacos (three for $8)! They come with rajas (sliced poblano sautéed with cream) and grilled queso fresco. Huitlachoche is a fungus that grows on corn, but don’t let that description deter you as this is a Mexican delicacy, having the earthy, pungent flavour of a wild mushroom with an underlining sweetness from the corn. The fried cheese adds an extra chewy texture.

This place has a great selection and nice ambiance – it’s all very Mexican with their tables and décor.

My main recommendation are their enchiladas, which are really good. They are huge, so when you go for enchiladas you are set for the day, or in my case at least a couple hours. It’s run by a couple [Marvin and Mayra Dubon] – he is from El Salvador and she is from Monterrey, Mexico. Monterrey is in the north-east, but they don’t solely do dishes from that region -- which is world-famous for burritos -- but their food is authentic Mexican, with some El Salvadorian dishes too.

Starting today, JC’s will now be available to order on DoorDash. From now until May 8th, enter the promo-code JCSTACOS10 at the checkout and receive $10 off your order of $20 or more! . . . . #doordashpromocode #doordash #winnipeg #winnipegrestaurants #mexicanfood #promo #localbusiness #local #discount #tacos #onlyinthepeg #winnipegfood #winnipegeats

PCG’s two cents: They also use local, free range meats which is a bonus, while they use tortillas from Ste. Anne MB’s La Cocina Foods, who make the best thin crispy tortilla chips, and soft tortillas that we always buy at home (they freeze and can be reheated in a dry cast iron perfectly).

This year’s focus is going to be on the Día de Muertos (Day of the Dead)… so we are building altars and we’ll have candles… and we are focusing on the central states that carry that tradition on – including my state, Michoacán – and this will be one of the best places to find Mexican food [in Winnipeg].

We have people from the community who are cooking and baking everything, and we try to focus on traditional dishes from the states that we are highlighting. We will be serving albondigas en salsa de chipotle (meatballs in chipotle sauce), esquites (corn with cream, queso fresco and cayenne pepper) and pastel de tres leches (a highly moist cake) among other regional dishes. It’s a cheaper way to travel to certain regions of Mexico!

The Mexican community here is pretty small, it’s usually one degree of separation or less than that. It doesn’t take long to get to know other Mexicans, because you know someone and someone knows someone. And the Mexican Pavilion at Folklorama is always the meeting point. There’s always new Mexicans who pop up out of nowhere at the Pavilion, and they’ll say, “I’ve been living here for x number of years,’ or ‘I just got here’ and that’s one of the reasons we keep doing the Pavilion – it’s a bit magnet for whoever is lost to their roots.

I’ve been helping with the Mexican Pavilion on and off since 2007… We started off at a small venue in St. Norbert where the capacity was about 400. Now, we have been running it at the RBC Convention Centre where we have 1000-person capacity per show, which we now regularly sellout. So it’s great to see that growth of the Pavilion. I’ve been the emcee for the past two years and I will be again this year, along with filling in wherever I can.

This Sunday we’re celebrating Cinco de Mayo in Kildonan Park with an “open-door” potluck. The Mex y Can Association of Manitoba is supplying the tortillas – so you can build your own tacos, and we’ll be playing a soccer match – Mexicans against non-Mexicans, which should be fun.

There will be performances of salsa dancing with lessons, along with performances from Little Faces of Mexico, which is our kid’s dance group (my youngest son is part of this), and then just networking. These events are nice because new Mexicans will pop-up, along with other Latinos and just people who like Mexican culture who want to practice their Spanish, or get in touch with Latino culture.

PCG's two cents: For a larger, super festive party check out La Roca (155 Smith Street), "Winnipeg's Premium Mexican Lounge" which will be celebrating both Cinco de Mayo and their third anniversary on Saturday, May 4. Shots of patron will be on for just $5, while they have a great rooftop patio (weather permitting).

Alberto Velasco-Acosta is a business development manager at YES! Winnipeg. He represents YES! Winnipeg on international business missions, welcomes incoming international delegations and serves as the business development manager for the city's advanced manufacturing and aerospace sectors. (Top photo of Alberto is courtesy of the Mex yCan Association of MB)