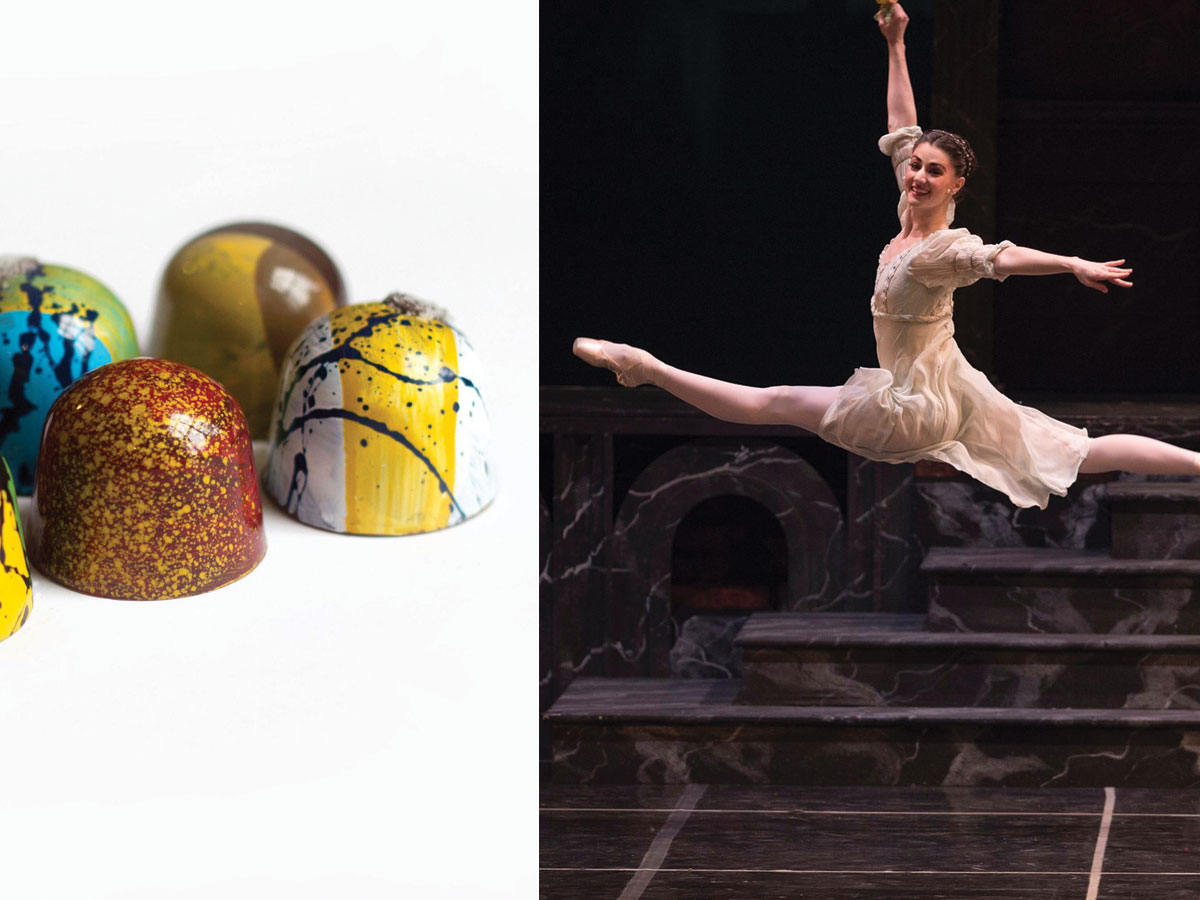 While a bittersweet hip injury ended Amanda Green’s career as the principal dancer for Canada’s Royal Winnipeg Ballet, she has tempered her creative talents into a new venture, one that balances the bitter with the sweet.

Green was a professional dancer for 13 years. Originally from Tofield, Alberta, she joined the RWB in 2004, dancing her way up to principal in 2012 with leading roles in Swan Lake, Sleeping Beauty, Dracula, and Nutcracker, to name but a few.

“I had just reached the peak of my career when I got injured, and it kinda sucks,” said Green.

It was February 15, 2014, and Green was dancing the final performance in the title role of Romeo and Juliet with fellow principal dancer Liang Xing when an accumulation of injuries, starting with a tweak in her knee, resulted in a career-ending hip injury.

“I remember [going into the performance] telling Eric [Nipp, her husband, also a former RWB dancer] that ‘I’m really not feeling it’, joking that ‘this could be my last one,’” said Green. “And well, it was.”

The injury – later revealed to be a torn hip resulting from a previously torn labrum, which pinched her femoral nerve – flared up during the performance, but Green powered through on adrenaline and finished, not realizing that as the curtain came down that night it would also be going down on her professional dance career.

“I say a little bit of my heart and soul died that night with Juliet,” said Green. “It’s super traumatic but I’m kind of happy. If it had to end tragically like that, then I’m happy it ended the way it did, with a such a beautiful ballet at the peak of my career.”

For a time, Green’s injury left her feeling paralyzed from the waist down, while she would go on to have reconstructive surgery in Hamilton, ON, followed by ample recovery time. (She's better now, thanks to working hard these past few years with trainer/athletic therapist Richard Burr, while you can also find Green – when she's not tempering chocolate – instructing pilates at the Shelley Shearer School of Dance and Pilates Winnipeg.)

Green knew that once her dance career was over, that she would still want to work at something creative, something hands-on.

Her first thought was making jewelry, but she soon recognized that she had always been dabbling in chocolate, something she had learned the basics of while working with her mom who once had a small chocolate business in Edmonton, primarily making barks.

Even while she was a professional dancer, Green was known around the Ballet School for making chocolates, but she never really took it seriously.

A few years ago, the Ballet’s annual gala had a chocolate theme, and one of the marketing people caught wind that Green herself was a chocolate hobbyist. So, they asked her to make a box for the silent auction.

“At the time I had a Belgian friend in the company, and for Christmas he bought me a chocolate cook book and told me to get practicing,” said Green.

“I would leaf through it; it was very technical. I had no idea what I was talking about, what I was doing, but I did create this box of what I would now consider to be not the prettiest looking chocolate – compared to what I do now – and they sold it. A nice lady bought it… and that sparked an interest again.”

This interest would become Green’s new obsession once ballet was done, and, along with her husband Nipp, she did a full grand jeté right into the world of chocolate.

It started online with Ecole Chocolat, where she began studying the business side of things while also getting to know Dallas Southcott, who she would go on to learn more from at his Chocolate Lab in Calgary. Then, it was on to workshops in Montreal and Vancouver for more chocolate making courses.

Green and Nipp launched Melt Chocolate Company in December 2015, selling at local markets while gaining a following for their unique flavours and cool designs – which I would label as a sort of space-age graffiti.

The name Melt came from Nipp, who proposed it on a road trip back to Calgary, while after the first year in business local artist extraordinaire Kal Barteski offered to update the logo, which features a fingerprint in a heart.

The latest step Green has taken is to develop her own signature chocolate base, which will now be used in the majority of her bon bons. To do so, Green and Nipp went to Paris to work with world-renowned chocolate company Cacao Berry at their  Or Noir Lab, where chocolatiers can work with food scientists to develop their own unique and exclusive brand of chocolate.

The chocolate they made – which Green has labeled Enso (the sacred Zen Buddhist circle symbol) – uses a blend of beans from Saint-Domingue, Ecuador and Peru, and is 72.6 per cent cacao. It is just a touch bitter (a higher percent of cacao doesn’t necessary equate to a more bitter chocolate; in fact, the bitterness of a dark chocolate often comes from the bean’s terroir), with just a bit of acidity in the finish. Green also made a milk chocolate that is 46 per cent cacao, that she will start utilizing this year too. 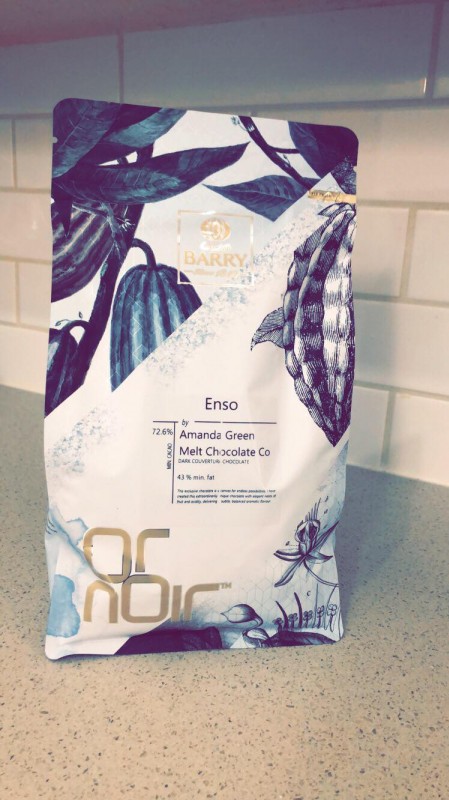 “I’m doing small batch artisanal chocolates, and I want to keep it at that,” said Green. “My thought process with making my signature chocolate is that I knew I wouldn’t do bean to bar. I wouldn’t have to invest in all that expensive machinery to do the conching and the processing – because we have amazing chocolatiers here that do that.”

Currently, Melt Chocolates are available via direct order through Instagram and her website, while you’ll also frequently find Green at local pop-up markets. Everything is produced by hand by Green out of a 400 sq. ft commercial space on Clifton Street. Soon she’ll be producing signature chocolate bars using Enso which you’ll be able to purchase at gourmet grocery stores like De Luca’s.

Green’s personal favourite and best-seller are her salted tequila-lime bon bons, made with Casamigos Tequila and fresh lime in a fondant base. Other popular numbers include the hibiscus rose bon bons infused with cream ganache, and the peanut butter peppermint bon bons, which catch people off guard as they seem like such an out-there flavour combination.

She’s started small, but that’s how she currently likes it, as so many of her orders have come from repeat buyers.

As Green says, “returning customers are my biggest compliment.”

Surely the curtain is just raising on Green’s new career as a chocolatier.