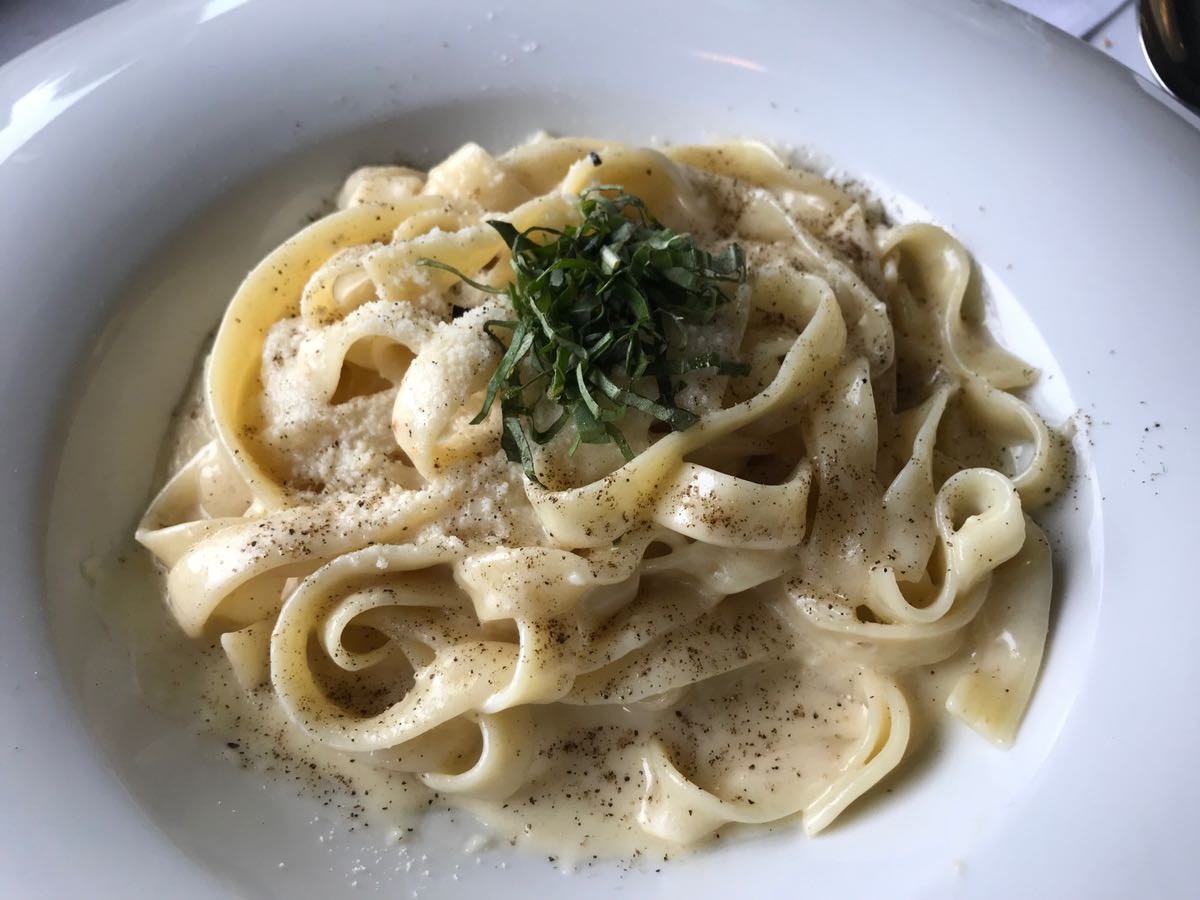 Mona Lisa's Italian roots have been growing for nearly 35 years

It's nearly impossible to visit Mona Lisa Ristorante, a River Heights hotspot since 1983, and not notice co-owner Joe Grande's influence sprinkled throughout (you could even liken it to the sprinkling of Parmigiano cheese on the menu's 'mona lisa' pizza, a crowd favourite).

An anecdote from a 2013  Winnipeg Free Press article explains it best: “proprietor Joe Grande was enjoying his own lunch at a neighbouring table. In all the years that I have been enjoying Mona Lisa’s fare, he is a constant figure.”

Grande has been a constant figure for a long time— when Mona Lisa first opened on Corydon Avenue 34 years ago, the restaurant had a 36-seat capacity and sat in a strip mall. Since then, Grande has bought the building, expanded the eatery, helped open one of the city’s first outdoor patios, and created an outdoor bocce area, which now boasts a league with 33 teams.

Grande’s influence is everywhere in the southern Italian eatery. An impressive selection of wine features bottles from Amato, Grande’s hometown in Calabria.

“The wineries are completely surrounding the town, so from my window I could throw a rock and hit the winery. I used to play around there a lot, it was a lot of fun”.

The menu also reflects his upbringing — Mona Lisa's tomato sauce recipe and the Parmigiano cheese sprinkled on dishes are inspired by his childhood in Calabria, and the 200 pounds of locally-grown Serrano peppers that the staff help cut and preserve each year are a favourite of Grande’s as well.

“I sweat when I eat peppers, but I cannot eat without peppers,” he explains. “That’s why we use these Serranos. For our food, it’s the right heat. The peppers and the cheese… these are little things that people overlook. I can’t overlook them, because it makes the flavour. Usually, we’ll mix Parmigiano and Romano cheese, because they have two different flavours. One is more salty, the other one is creamier. It’s a really nice blend of two flavours. We’re simple, but we really think about our cheese.”

Grande is incredibly passionate about the dishes he serves at Mona Lisa, many of which are direct recipes from his grandmother, including the pasta, with noodles made from scratch using a tried and tested recipe of egg whites and semolina (gluten free noodles are also available).

“It’s so good to know what’s in your products, because you made it yourself. Nobody can tell you this or that is in it, because you already know."

Grande points to the osso buco as a menu must-try, cooked for four hours in a tomato sauce and served with saffron rice, along with the melenzane di parmigianno, in which slices of grilled eggplant are prepared fresh and topped with tomato sauce, mozzarella, and romano cheese. Then there's the fettuccine alfredo, where the kitchen doesn't cut corners with cream and instead sticks to the classic recipe, using only parmigianno, butter and pasta water to sauce the house-made noodles.

Looking ahead, Grande plans to remain a fixture at the River Heights eatery. His three daughters now help run the restaurant, which includes coordinating an impressive rotation of local art on the dining room walls. Instead of charging a traditional gallery fee, they donate a portion of the proceeds from art sales to the Forum Art Centre, a Winnipeg organization that runs art programs for underprivileged youth.

“The artist gets exposure, we get new walls, the Forum Art Centre gets money, and my clients get to look at new art," says Grande.

Through initiatives like this, and the eatery's burgeoning bocce league, Mona Lisa proves itself a fixture in the Winnipeg dining scene.