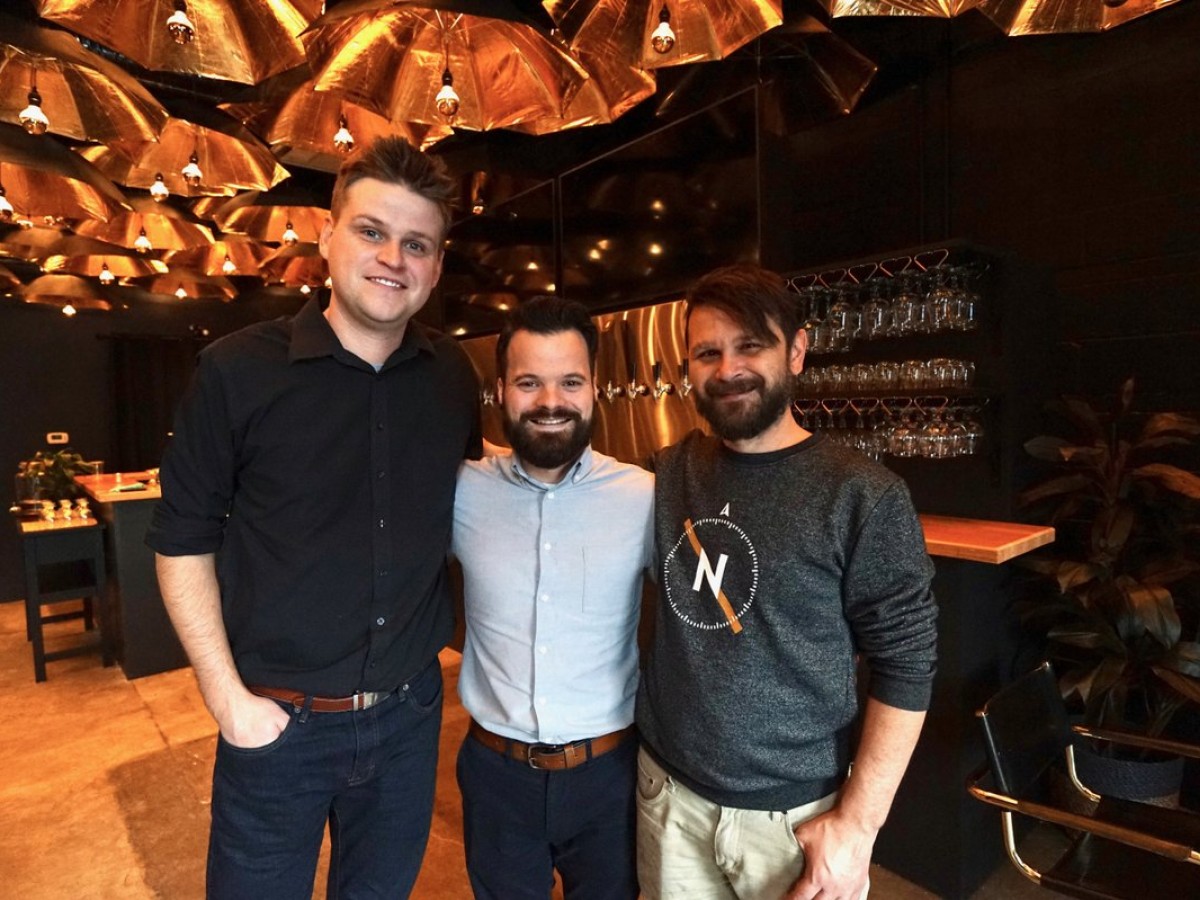 Why craft beer enthusiasts should hop on the Nonsuch

The story of Nonsuch Brewing Co. is a very Manitoban one — and not just because co-founders Matthew Sabourin and Ben Myers named it after the famed ketch that sailed into Hudson Bay.

Sabourin always held an interest in wine and once harboured dreams of owning a vineyard, “But I’m not going to do that in Manitoba, and I don’t want to leave Manitoba. So that’s where the idea [for the brewery] came from — why not take all of the wonderful things about wine, and make it with beer?”

Fast forward to 2018, and the pair, along with partners Tyler Johnston and brewmaster Mark Borowski, have just opened the doors to a charming little microbrewery at 125 Pacific Avenue, and in the midst of the city’s craft beer boom, they’re doing things differently than the rest.

First, let’s talk about the space.

Situated in Winnipeg’s east Exchange in the heart of the Theatre District, the space has been designed to be both inviting and versatile. Soft couches and armchairs in warm, rich colours fill the room, easily rearranged to accommodate groups of varying sizes (most of the furniture is borrowed or bought from Shoestring Picker, a local vintage collector, but some have a more specific Winnipeg history, like a table made of marble from the walls of the old Royal Alexandra hotel). Look up, and you’ll see a shining ceiling of gold umbrellas, each fastened with lights. The ceiling installation amplifies the room’s warmth (and makes for some pretty sweet Instagram pics at the same time).

The bar, or “nonbar” as it’s completely barrier-free and in the open, offers seven taps of high ABV, European-style beers ranging from the refreshing La Moliére Craft Pilsner at six per cent to the hearty Imperial Belgian Strong at almost ten per cent. Similar to wine, each style of beer has its own glass, and varying amounts of each beer are poured so you’re getting the same amount of alcohol whichever you order, making every choice an even $7.

Eventually, Nonsuch aims to cellar their beers, and soon you’ll be able to order a vintage corked bottle off of the menu and compare the evolving flavours of a year old tripel to a fresher tripel from the tap. The beers that Nonsuch brews age incredibly well and only get better over time, with some able to be cellared for up to ten years, so prepare yourself for some vertical beer tastings in the coming years—something you simply won’t find anywhere else.

In production, head brewer Mark, who was previously a homebrewer and president of The Winnipeg Brew Bombers, is especially careful with his craft. All of the beers at Nonsuch are brewed using mineral water, pumped from an artesian well in Middlebro, Manitoba (this is in line with traditional Belgian brewing, and many breweries and distilleries in the UK are beside a river system for this reason).

The majority of malts he uses are sourced from Germany, and he naturally carbonates the beers to produce a smoother taste with better bubbles “just like champagne”. The result is an impressive selection of high quality beers, including the Belgian Strong, which took home a silver medal in the Belgian-Style Dubbel or Quadrupel category at the 2018 Canadian Brewing Awards in Halifax earlier this year.