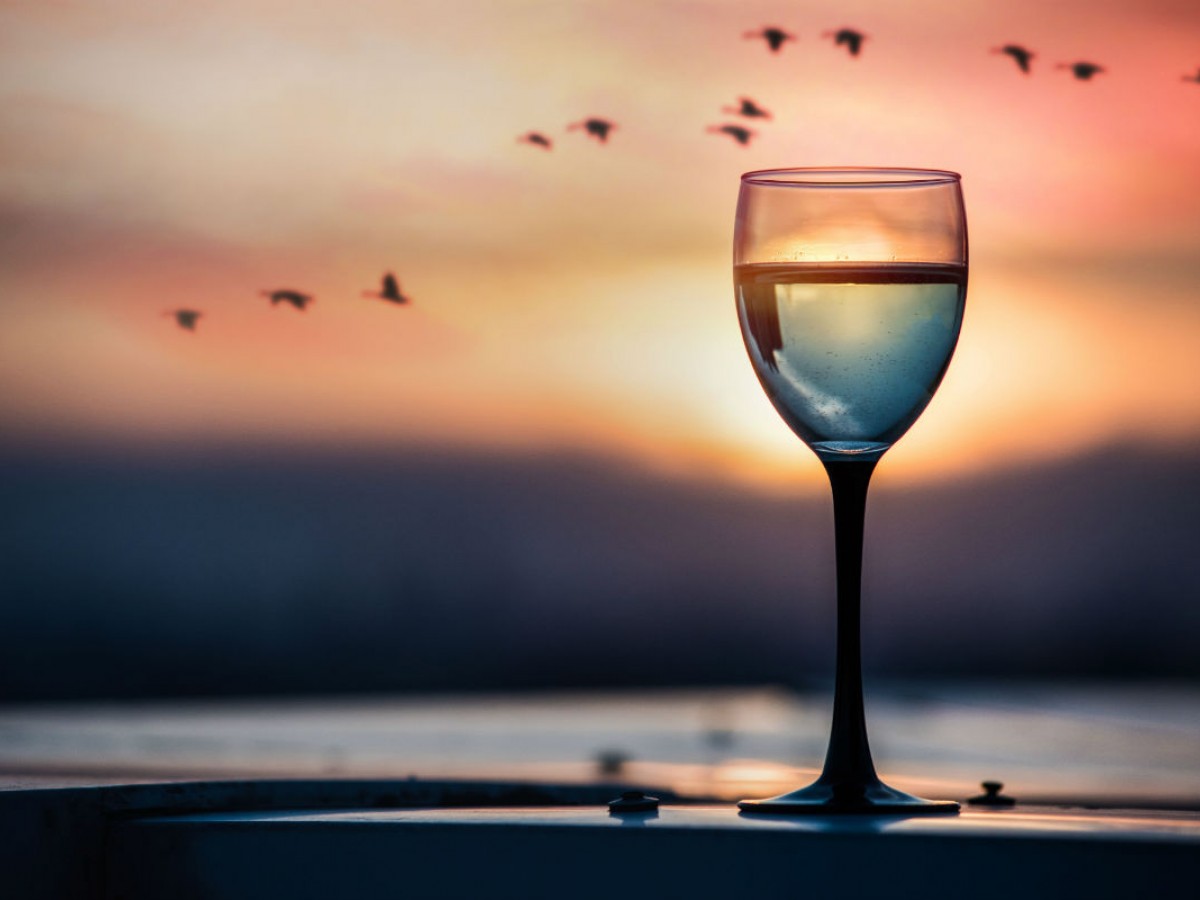 Foodies will fall for these autumn culinary events in Winnipeg

Whether you are looking to gorge on gourds, pound poutine, feast underneath flying flocks of fowl, or drink craft beer in your best puffy vest, Winnipeg has a culinary event for you this fall.

And since that lede officially fills our rhyme quota for one article, how about we just get into it – and all in chronological order at that.

One sad thing about fall is that it also signals the impending end to Winnipeg’s food truck season. Luckily, there’s ManyFest’s Food Truck Wars, where you can get one last dish from 41 different food trucks.

Food Truck Wars is the best time to see the majority of the city’s food truck fleet in action – which at last count was sitting at 52 trucks and food carts –  while you’ll also get to add your say (via a voting card) on whose truck reigns supreme.

For the past three years Kyu Grill has taken the People’s Choice category with their inventive Heroshima grilled-skewered sandwiches, while the three Judge’s Choice categories have continued to be hotly contested.

(A note of advice from a former Food Truck Wars judge – if you are to eat from all 40+ food trucks in a two-day period, you are going to pay for it. So please follow our 2018 Food Truck Guide and narrow down your choices so you can eat responsibly).

We are 2 days away from the 2018 Manitoba Liquor & Lotteries ManyFest! Visit manyfest.ca for a full event line-up at this year’s Festival #finditdowntown #manyfest

While the fifth annual Poutine Cup is technically sold out, there’s still a chance that a limited number of weather dependent tickets could/will be released the day before the event (here’s that link).

If you can get a hold of one of these tickets, be prepared for more potatoes, gravy and cheese curd than seems possible, as your $45 will get you ten wildly different types of poutine from the ten competing restaurants. We’ve been lucky/gluttonous enough to be one of the Poutine Cup judges since the event’s inception, and every year it keeps on getting more inventive. Just check out what we wrote about it in  2016 and 2015 if you need more enticing.

Tonight we are at Fort Gibraltar once again, this time for #poutinecup2017. We are excited for everybody to try the "House Party 2.0" a creating by @housepartyscott it has crispy togarashi fries, curds, chicken yakitori, wasabi aioli, green onions, tobiko and nori. ▪️▪️▪️ #bloodsweatbeers #brewpub #drinklocal #craftbeer #poutine #japaneseinspired #fortgibraltar #poutinecup #ogcbrewingco

Year-round FortWhyte Alive provides one of the best dining ambiances in the city at the Buffalo Stone Café. Come autumn, the whole scene – with its lake-overlooking dining room and patio – is next level, due to dining companions that include thousands of fowl who flock to the wetlands during sunset.

There will be magic in the air via the sounds of geese honking, wings flapping, and a serene swish of feathered bellies hitting the water, all while you savour a three-course meal that includes mains like seared steelhead trout with corn relish, sour cherry gastrique and sprouted lentil succotash (Sept. 19 – Oct 7), or Arctic char with sauce vierge, crispy gnocchi and green beans (Oct 10 to 21).

Each night features a choice of two starters and four entrees, while the desserts all sound worthy of shaking your tail feathers for.

FortWhyte Alive's annual fall tradition--Goose Flight Season--is upon us! We’ll be open until dusk, Wednesday to Sunday, starting on Wednesday, September 20. Reservations are now open for Goose Flight Feasts at the Buffalo Stone Cafe. Enjoy lakeside views of the setting sun and thousands of migrating geese, complemented by 3-course dinner artfully prepared by Diversity Foods. We’ve got two rotating menus – details and booking available on our website at fortwhyte.org/gooseflightfeasts. Or, join us for BBQ concessions, a nightly bonfire (complete with Bannock Bar!) and a presentation on the goose migration at our Interpretive Centre. We’re offering reduced admission ($5 after 5pm). New this year, we’ll have live entertainment on Friday nights, September 29 & October 13. Migration season at FortWhyte Alive is generously sponsored by our longtime friends, Cambrian Credit Union! Photo by @igstahgram.

Bird is also the word at Oak Hammock Marsh, which is celebrating 25 years this fall.

This vital wetland north of Winnipeg serves as a migration stopover for many avian species, and during the Birds and Beer Flights event you’ll get to sample brews from some of the city’s best breweries along with locally grown cuisine whilst watching the migrating waterfowl descend upon the wetlands at sunset.

On the craft beer side, you’ll have reps and beers from Brazen Hall, Devil May Care, Farmery, Fort Garry, Half Pints, Kilter, Little Brown Jug, One Great City, Oxus, Stone Angel, Trans Canada, Torque and Winnipeg’s newest brewery, Winnipeg Brew Werks. On the food side of things you have Bothwell Cheese, Danny’s Whole Hog and Watersong Farms – whose sustainably farmed steelhead trout is most excellent (especially when you cook it skin-side down in a hot cast iron to create that crispy fish skin – aka. lake bacon).

Tickets are $40 “for drinkers” while Oak Hammock is charging just $20 for all you responsible designated drivers out there. You can  purchase tickets here.

Held in Stone Angel’s parking lot, guests can sample multiple beers and a cask (which one lucky participant will get to tap!) from Barn Hammer, Brazen Hall, Devil May Care, Farmery, Half Pints, Kilter, Little Brown Jug, One Great City, Oxus, Stone Angel, Torque and Trans Canada while, in true Bavarian fashion, there will also be bratwurst.

This is the very first time that the MB Brewers Association is throwing an Octoberfest event and tickets are only $35 (which also gets you a t-shirt) and $45 (which gets you early access to the party and the opportunity to be that lucky cast cracker).

Get your tickets here.

Switching from beer to wine, The Common inside The Forks Market is once again bringing in one of the world’s top sommeliers,  Veronique Rivest, for an evening of epicurean excellence.

Rivest will be on hand to reveal and explain The Common’s new wine list (which she is constantly curating) while she’ll be providing wine pairings to accompany a multicourse meal prepared by some of the best chefs/restaurants whose kiosks can be found within The Forks Market.

Tickets can be purchased here.

Rounding out our list, Canadian culinary website Eat North is hosting the second installment of their Prairie Grid Dinner Series. This one, titled From Dawn to Dusk, will see some of the prairie’s most talented chefs come together to make a five-course meal replete with prairie drink pairings and Canadian beef canapes to start it all off – all while accompanied by live music.

This year’s lineup of chefs is Michael Robins of Winnipeg’s Sous Sol, Jessica Young of Winnipeg’s Elements, JP Pedhirney of Calgary’s Bridgette Bar, Seven Broche from Beaumont, AB’s Chartier, and Thayne Robstad and Beth Rogers of Saskatoon’s Hearth. For drinks, there will be gin from Eau Claire Distillery from Turner Valley, Alberta, while Winnipeg’s  pepō ceramics will be providing the serving platters – amongst several other prairie culinary equipment artisans.

Tickets are $140 (general dinner and drink pairings) and $175 (which will include a limited-edition Prairie Grid t-shirt, $10 of which will go to the Rainbow Resource Centre).

Our Prairie Grid Dinner Series is BACK this fall and we couldn't be more excited! The #PrairieGrid2018 theme is "from dawn to dusk", where chefs, makers and visual artists will pull inspiration from the Prairie skies to create beautiful pieces of artwork, plateware, tabletops and more to help bring each pop-up dinner to life. Our lineup of chefs from across the Prairies is spectacular too! It's all spectacular! Do we seem excited? Details on EatNorth.com! #proudtobeprairie #eatnorth