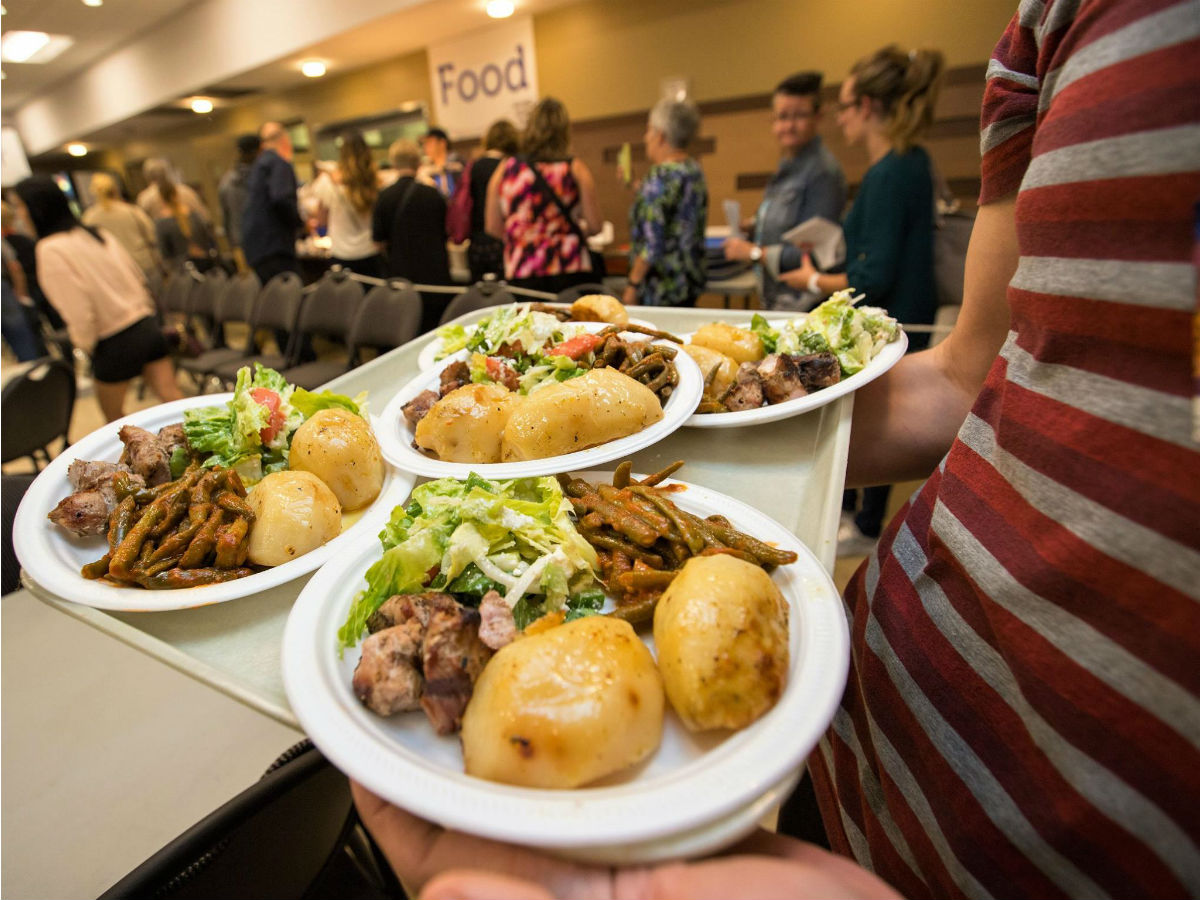 New & Notable for eating in August in Winnipeg: Folklorama plus new cafes, breweries and tours!

This list is for all of you out there who are already all, “oh, it’s August, summer is almost over!”

Nope, let’s not have it. How about instead of getting all end-of-summer-is-near antsy, you go explore what’s new in the city’s dining and drinking scene and have yourself a mighty fine time.

Below you’ll find some new brews, a new café, and the best two weeks of international dining you can do.

The golden and delicious #Langos is back at the #Hungaria #Pavilion this week at #Folklorama Pssst.... I even got to help make it this year too!!! @folklorama


The world’s largest and longest-running multicultural festival kicks off on August 5 providing a world of options when it comes to drinks, dancing, live entertainment, and best of all, food!

There are just over 40 pavilions to choose from at  Folklorama this year, all of which represent different nations from around the world. Whether you are into paprika and are hungry for Hungarian (Pavilion 26, week two); out for okra while savouring some South Sudanese (Pavilion 22, week one); have baklava accompanied by the bouzouki (Greek - Pavilion 7, week one); or into sipping soju while crushing kimchi (Korea - Pavilion 35, week two), Folklorama has something for you.

One insiders tip we have for you is that the Mexican Pavilion (Paviliion 14, week 1, #mxpavilion) is going to be off the hook this year. Not only are they flying in 24 people from Veracruz for live entertainment, they are also celebrating the food of southern Mexico, including serving some cochinita pibil – a slow cooked acidic pork dish that you surely can’t find anywhere else in the city.

For the first time ever you can buy general admission tickets online (click here), while we also highly recommend Folklorama’s VIP Tours, which will bring you to three stops in one night – but act fast, as they are starting to sell out.

Speaking of touring, regular readers of this website will also be aware that there are so many great food and beverage tours available right now for booking. Throughout all of August you can – by foot – go globetrotting with West End Biz (link), hit up comfort food, cocktails, and get decadent in  The Exchange, and (safely) go drinking at some of the city’s best breweries and distilleries with both Winnipeg Tasting Tours and on the Winnipeg Trolley Company’s Ale Trail.

On top of that, let’s not forget about beautiful St. Boniface, where Tourisme Riel is offering some pretty sweet food tours too. On Thursday nights throughout the month you can take a Historical Culinary Tour, which includes two glasses of wine, an appetizer, entrée and dessert (for just $75 per-person) at three stops, all while a guide provides you with some fascinating history on Winnipeg’s historic French Quarter. If you have a sweet tooth and are looking for an afternoon tour, check out the Artistic Culinary Tour (Wednesdays, 1 p.m. to 5 p.m.), which explores the contemporary art scene of the area while bringing you to meet and eat at artisanal producers like Chocolatier Constance Popp and La Belle Baguette.

You can find more info on these mighty fine  tours here.

We’ve had a busy time as of recent keeping our  Winnipeg Breweries page updated as new brews keep hitting the shelves at the local Liquor Marts.

One brand new one we are particularly excited about is  Winnipeg Brew Werks, which just – like August 1 just – released their first beer, which you can find now called the Pils, which is of course an American Double IPA. (In case you didn’t get it, that was a joke… clearly it is a German-style Pilsner). Anyway, one big reason we are excited about Brew Werks is the brewmaster is Bernhard Wieland – a giant on the local brewing scene both literally (he’s very tall) and figuratively (in that he was the original brewmaster at Lake of the Woods Brew Co., along with Little Brown Jug – one of our favourites in the city which has been enjoying some incredible success since it opened).

Got our label proof from Emile @ labels unlimited today. Printing as we speak! Thanks to the crew over there. Know how I can get a beer up to the golden boy? He's been working hard in the heat this summer.

On top of that, there was some more cheery local beer news this week, as it was announced that Kilter Brewing has found itself a home within Stone Angel Brewing Co. (1875 Pembina Highway). Kilter was originally slated to be open on Sherbrook Street, but that fell through, while in the time being they had been making some amazing beers within One Great City (1596 Ness Avenue), like the ¡JAJAJA! Mexican Stout, which utilized ancho, pasilla and guajillo chiles, cocoa, milk sugar, vanilla and cinnamon, and the Tiny Umbrella Pog Milkshake IPA, which had passionfruit, orange, guava, citra hops and milk sugar. You can expect this trend of inventive and hoppy IPAs now on the regular at Stone Angel's taps on south Pembina.

Winnipeg, much like your local yoga studio, is #blessed when it comes to the sweet stuff – particularly ice cream. While  Chaeban, with its Western Living magazine producer award and amazing Middle Eastern flavours has grabbed a lot of attention this year, one spot that quietly opened last month that should also be on your radar is Not A Waffle #beststrangestnameever.

This place officially opened on July 8 at 353 Langside Street, and man, is it ever cool. Instead of serving in waffle cones, they serve you Taiyaki – a fish shaped cone that is filled with inventive soft serve. For instance, you can get a fish cone (which is sweet, and no way fishy, we assure you), filled with matcha ice cream, with a topping like marshmallows or a wafer stick, along with a sweet sauce like caramel or strawberry, for just $5.49. They also make fish-shaped sweet cookie sandwiches, with flavours including red bean, taro and custard, along with actual savoury sandwiches that are served on baguettes.

Rounding out this listicle is The Canteen Coffee Shop (160 Safford Street), which just opened in arguably the city’s hottest dining area – that being the area around Stafford and Grosvenor. (The area is so great for eating as you have Máquè, Close Company, Tres Visi Café, and The Grove Pub, all nearly side-by-side-by-side).

Anyway, The Canteen – which just opened on August 1 – is going to be awesome, as it is by the same people as The Grove (in fact, it is right beside it), meaning that on top of good coffee you will also be able to get really good sandwiches, pizza by-the-slice, and more from Grove chef Kristel Blawat Pastorin.