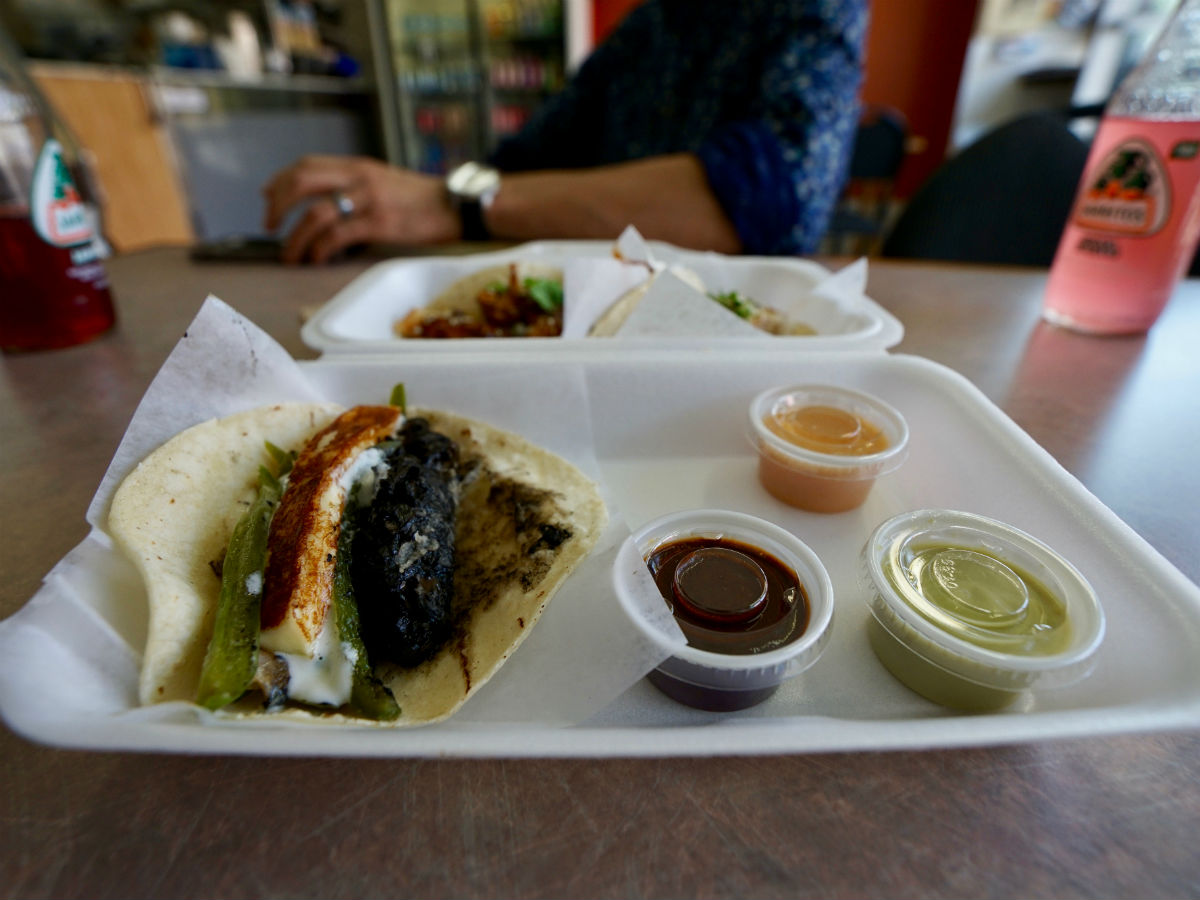 Tacos made by a man from Mexico City, pho and vermicelli from a fellow from Vietnam, and pancit and liempo as you’d get in Manila, are just a few of the things you can enjoy during a West End BIZ Around the World in a Few Blocks food tour.

The West End is a vibrant neighbourhood that contains over 1,000 business spread across 200 blocks. But what makes it so exciting for culinary enthusiasts is that there are over 150 restaurants and wordly food markets in the neighbourhood, with the vast majority of them lining a handful of blocks that run across Ellice and Sargent Avenue.

On top of this, it is surely Winnipeg’s most ethnically diverse neighbourhood (particularly in regard to restaurants), meaning that when you go out to eat, a world of flavours awaits – and there’s no one better to bring you to the dishes than West End BIZ. 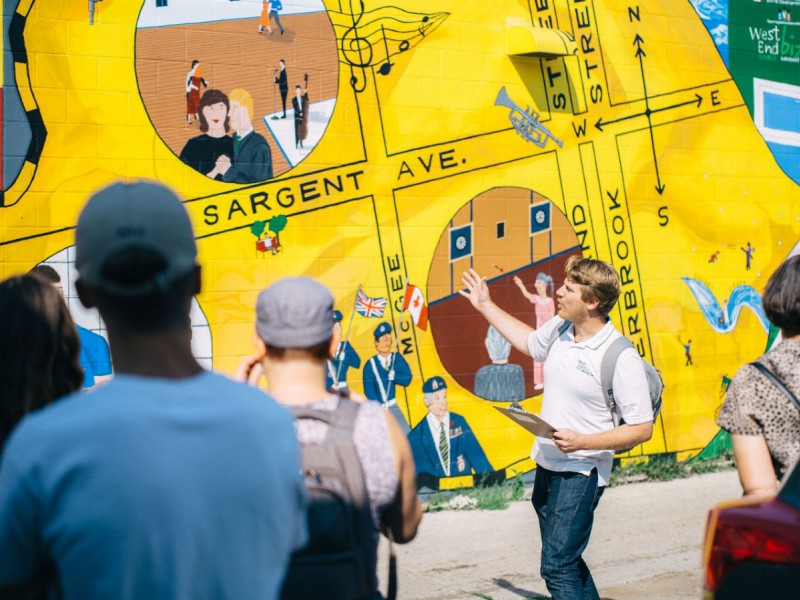 Along with some tasty restaurant stops, a West End BIZ guide will also share some of the neighbourhood's storied history during the tour (Mike Peters)

With approximately one Around the World in a Few Blocks tour per week throughout summer, West End BIZ provides foodies with plenty of options when it comes to restaurant choice. At a glance, you can tackle shawarma cut from the spit at either Shawarma Time or Sultan Shawarma; scoop in with injera at Ethiopian restaurants like Harman’s and Merkato; savour a selection of East Indian curries from India Palace; and have a sweet finish at Jonnies Sticky Buns.

Or you can do as we did, on an abbreviated tour like the one coming up on July 11, which includes stops at Sargent Taco and Jeepney Restaurant – where we went – along with Pho Hoang and Jeanne’s Bakery.

Sargent Taco has been open for just over seven months, and its cook/owner Carlos Bosque moved to Winnipeg in 2005 from Mexico City. During that time, he’d been checking out the Mexican food scene here in Winnipeg and came to the conclusion that no one was doing tacos the way they do in his home city.

After a while, things fell into place with this location (698 Sargent Avenue) where, in Bosque’s words, “the neighbourhood has opened their arms to us.”

“Many, many neighbours have been talking to us and thanking us for being here. And that’s something that I did not expect to experience – and it’s been nice,” said Bosque. “We even have one guy who comes in here regularly [for tacos] and when he finishes, he claps.” 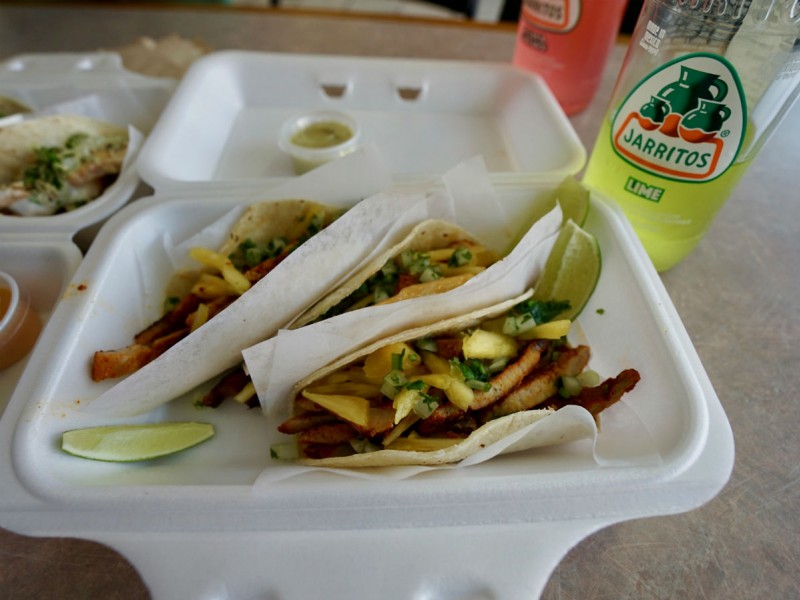 One bite into one of Bosque’s tacos and we understood what the applause is about. For starters, there’s the classic al pastor, the pork of which has a nice punch of chilies from the Mexican adobo, that is met by the sweetness of grilled pineapple. On weekends, this one is a must when they serve it just as you’d get in Mexico City, with the pork carved off the spit with the grilled pineapple sizzled off with pork fat. #yass

Our favourite taco though, was the huitlacoche tacos (three for $8), which comes with rajas (sliced poblano sautéed with cream) and grilled queso fresco. Huitlachoche is actually a fungus that grows on corn, but don’t let that description deter you as this is a Mexican delicacy, having the earthy, pungent flavour of a wild mushroom (we liken it to a black trumpet mushroom) with an underlining sweetness from the corn. The fried cheese added an extra chewy texture, while it also comes with a selection of three salsas, the habanero one forcing us to break out the napkins to dab the sweat. It was an excellent taco.

We also took down a chicken mole taco, the chili-coco sauce being nice and rich and just spicy enough, while we finished it off with some really excellent churros, which were all you want in a churro – soft and airy in the middle, hot and crispy on the outside, and accompanied by three sweet sauces, including a dulce de leche with a hit of spice.

Sargent Taco is a décor be damned classic hole-in-the-wall that the West End is so well-known for, with authentic huge flavours and a price that is right for everyone. Most tacos are three for $7, while six churros are just $6. 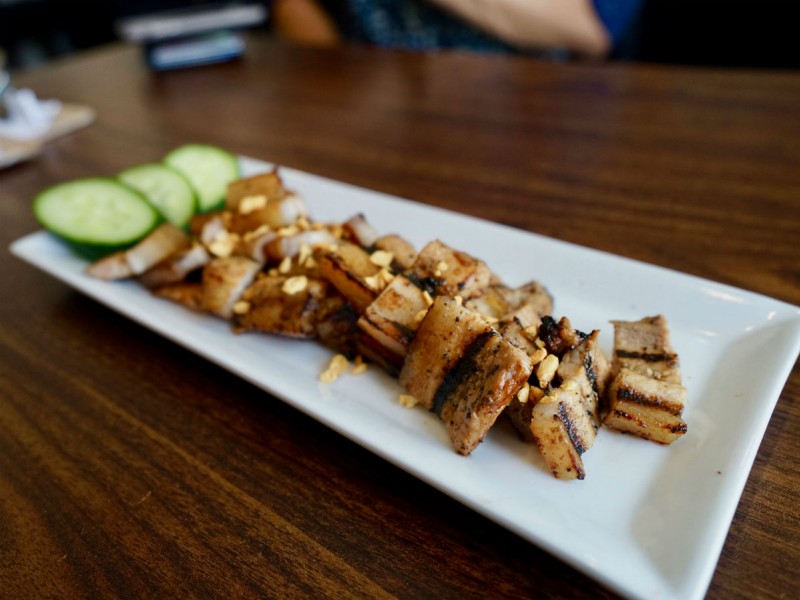 From there, it was just a few steps down the street to Jeepney (714 Sargent Avenue), which has been impressing Winnipeggers since 2014.

While the décor may not impress, the flavours and dishes on offer surely do, and here we tucked into liempo – sliced pork belly that was grilled and topped with crushed toasted peanuts served with a sweet vinegary sauce, and a heaping platter of pancit sotanghon – a glass noodle stir fry studded with peanuts, carrots, peppers and strips of Napa cabbage in a subtle soy spiked sauce. This also came with big jars of a sweet lemonade that was swimming with tiny cubes of cucumber.

The full tour, should you book for July 11, would also include what regular readers will recognize as one of our favourite Vietnamese restaurants – Pho Hoang (794 Sargent Avenue) – where chef/co-owner Tom Hoang makes one of the best bowls of pho in the city along with excellent vermicelli bowls brimming with crunchy vegetables, plenty of fresh Thai basil and mint, and excellent grilled meats (or, even better, the shrimp paste skewer that is cooked onto a sugar cane). 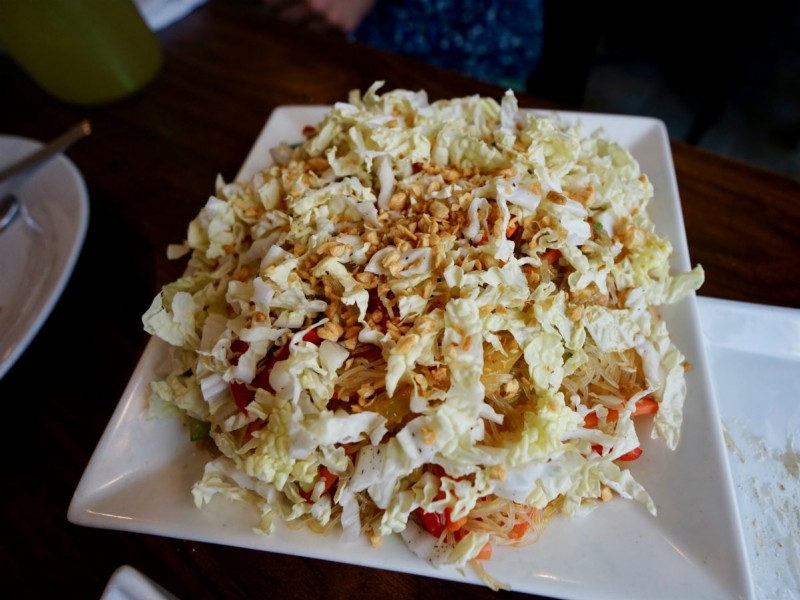 Every West End Around the World in a Few Blocks food tour will take you to four stops, with each restaurant just a few blocks (if that many) away from one another. It is a guided walking tour, where a West End host will also lend insight to the many highlights and public works of art that dot this unique area of the city.

Tickets are just $47 (a bargain considering you pretty much eat three full meals along with a sweet stop for the fourth), with additional drink tickets (i.e. wine or beer) running between $4.50 and $6.80). Vegetarian meals are available on most tours.

For a full tour schedule click here while you can book by calling 204.954.7900. To read about a tour we did last year featuring Harman's, Sorrento's and Thang Huong click here.