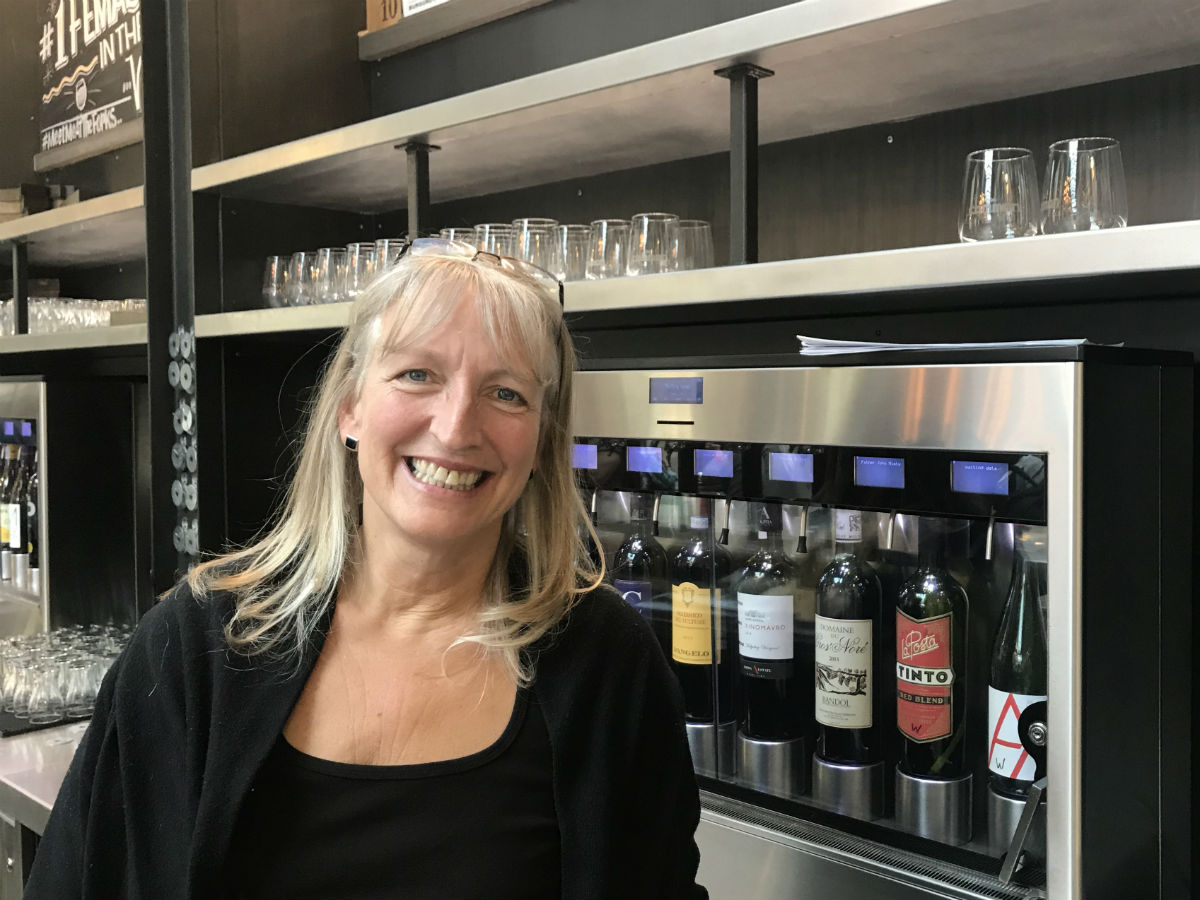 So here’s my wine snob lede:

Last night, before heading out on the ice for an unbelievably good meal at RAW:almond (the chef was Nick Nutting, from Tofino’s Wolf in the Fog), I was enjoying a glass of Blue Mountain Pinto Gris, a wine I’m very familiar with after years of living in BC, all while remarking with my dinner companion how they really nailed the serving temperature at The Common.

The wine wasn’t super chilled, and in so serving it you really picked up on its unexpected elements – green apple citrus notes, a touch of smokiness from the oak aging and an overall creaminess that you’d expect more from a chardonnay – which made buttery circles around your mouth.

You may have thought at first, that this white simply had not been chilled long enough. But indeed, this temperature (and resulting drinking experience) was no accident. It all can be attributed to The Common’s new sommelier, Véronique Rivest, who just happens to be one of the best sommeliers in the world.

She now has taken the reins over the wine and beer program at The Common, The Forks Market’s public bar, as the chance to work with Canada’s first fully licensed wine and beer hall – where you can literally purchase a glass or flight of wine or beer, then move about pretty much the whole first floor of the market. 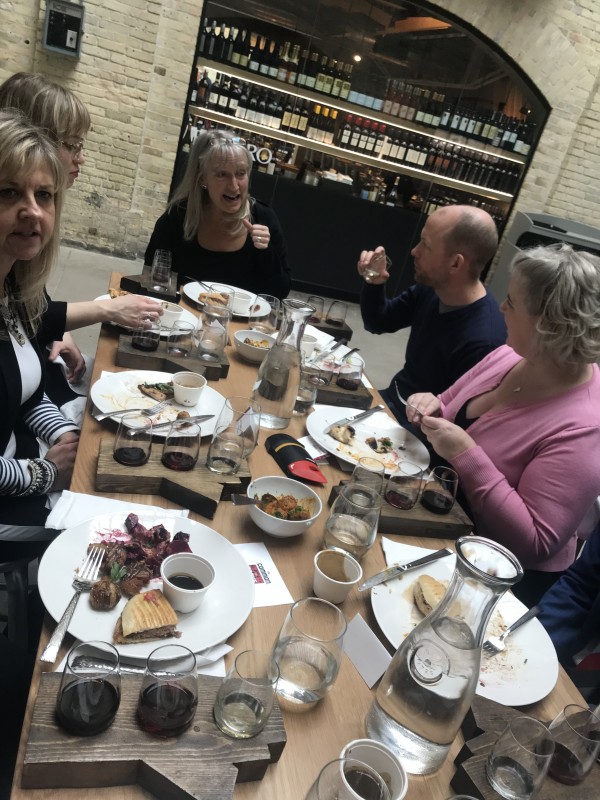 “This [The Common] is unique; there is nothing like this anywhere else in the country,” said Rivest, at a luncheon The Forks was hosting where her new wine selections were paired with food from chef Scott Bagshaw’s Corto food kiosk.

“It goes against a lot of the provincial liquor laws, so it is a very progressive idea and it should serve as an example for the rest of the country,” continued Rivest, who resides in Gatineau, Quebec.

Now, when you visit The Common, you’ll be able to find upwards of 20 wines and 20 beers on tap that have been curated – including that aforementioned serving temperature, so get ready for reds that are served a bit more chilled than you may be used to – by Rivest.

“I just think it is exciting to work in a different market, and it goes with my one goal in life which is to make people fall in love with good wine and good beer,” said Rivet, whose wine choices for The Common have an emphasis on smaller producers.

“Everybody is so much more careful about what they eat now, and yet they are drinking crap. So we want to bring it to light that these beers and wines we are serving are artisanal products with real people behind them who have a story. And that’s a big party of the beauty of it.”

On the beer side of things, you can still find great local selections from the likes of Little Brown Jug, Half Pints, and Nonsuch Brewing Co., while there are some numbers you don’t see often in Winnipeg outside a can like Vancouver’s full-flavoured Coal Harbour Smoke & Mirrors Imperial Smoked Ale.

For wines, the three we tried to today at lunch includ the Malivoire Gamay from Ontario's Niagara Pennisula (so soft), a dry Riesling byway of Germany's Peter Jacob Kuhn, and a Spanish Tempranillo from Comenge Biberius Ribera del Duero.

Initially, when approached by The Forks, Rivet couldn’t quite wrap her head around what exactly what The Common is – which is something we often have trouble explaining here at Tourism Winnipeg too.

Fortunately, after some of The Forks crew flew out to meet her in Quebec, then brought her back for a tour of the facility, the concept became understood and both parties agreed that this was going to be a great match.

“We think it is a huge deal and we are very excited to have the number one female sommelier in the world really elevating what we are doing here at The Forks,” said Chelsea Thomson, manager of marketing and communications at The Forks.

“We have reinvested all of our profits into this building to make it a place that people want to visit for a variety of reasons. And if we can bring in a few more of those Winnipeg wine drinkers – and even those travelling through the site – and get them to have that amazing glass of wine with some of the amazing food offerings, then, well, pat on the back for us.” 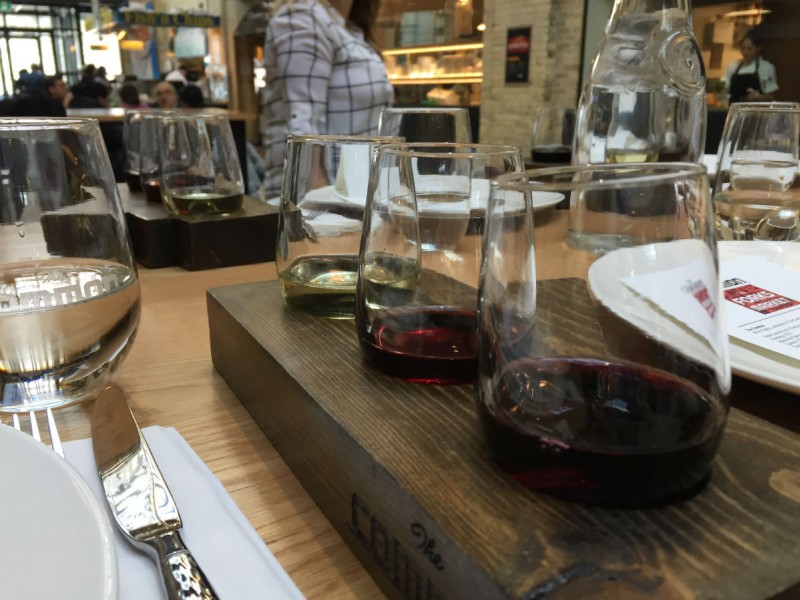 For Rivet, The Common also works as an opportunity to showcase some products she loves, particularly when it comes to wine, to a whole new audience.

“Of course, certain wines are not easy to get and are scarcer -- more allocated --but this is a great window for producers to showcase their wines, so they are more than happy to be here,” said Rivet.

“I’ve been surprised by the amount of wine and beer producers I’ve met from across the country that have been here, and everyone has reacted the same way – ‘Wow, this is such a cool space.’”