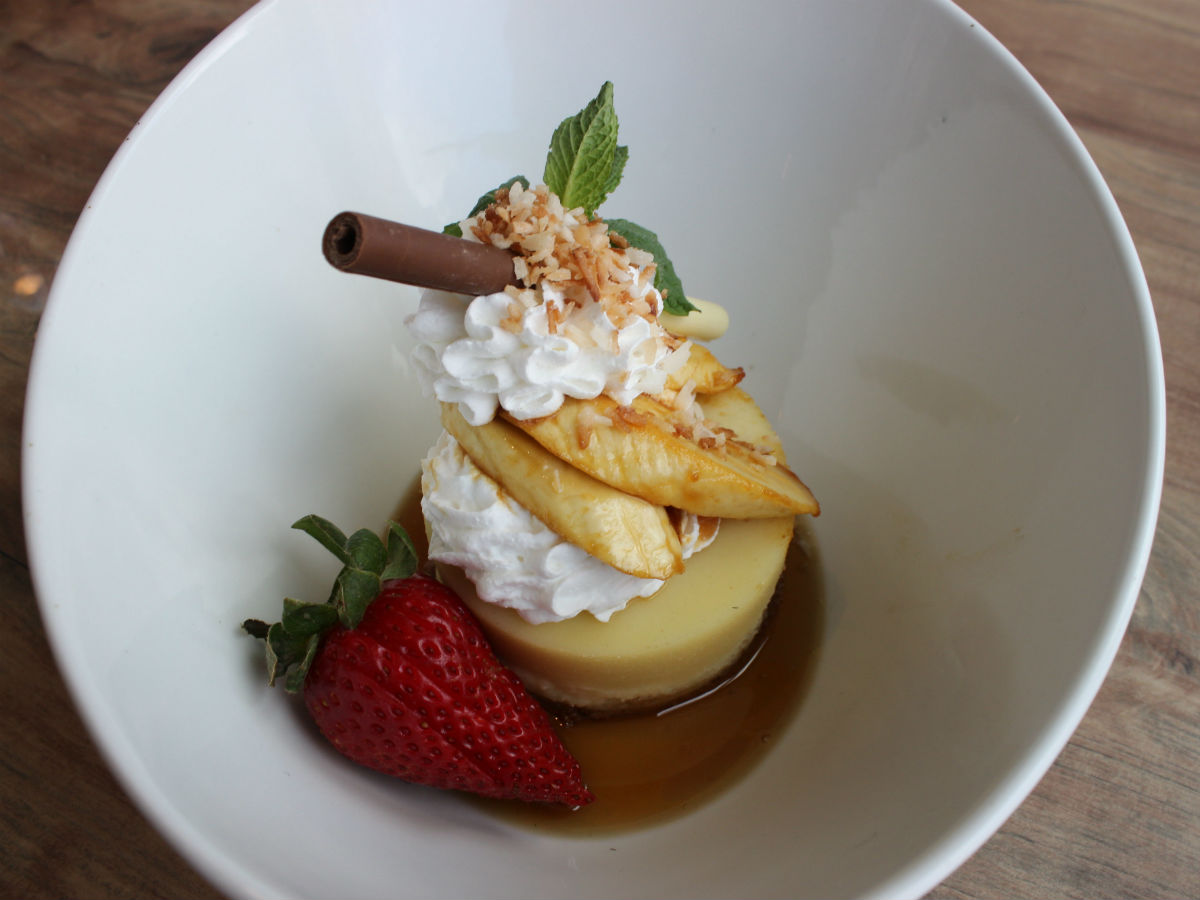 The Winnipeg Art Gallery’s two new blockbuster exhibits, Picasso: Man and Beast (The Vollard Suite) and Picasso in Canada, are now open to the public.

While the exhibits are already a feast for the eyes –  the staging is gorgeous, with immense works like Femme assise (1927) vibrantly displayed – The WAG is doubling down on deliciousness with a pairing as fine as pinot and pork.

Three times this summer (June 8, July 6, August 10) TABLE Restaurant, the WAG’s penthouse bistro (which, by the way, has a sweet rooftop patio and sculpture garden) will be serving up a three-course thematic dinner followed by an in-depth tour of these outstanding exhibits where you will encounter the 10 Picasso paintings that are held in Canada, along with the 100 etchings and drypoints that are considered printmaking masterworks. Dinner is served at 6 p.m. and the tour begins at 7:30 p.m. 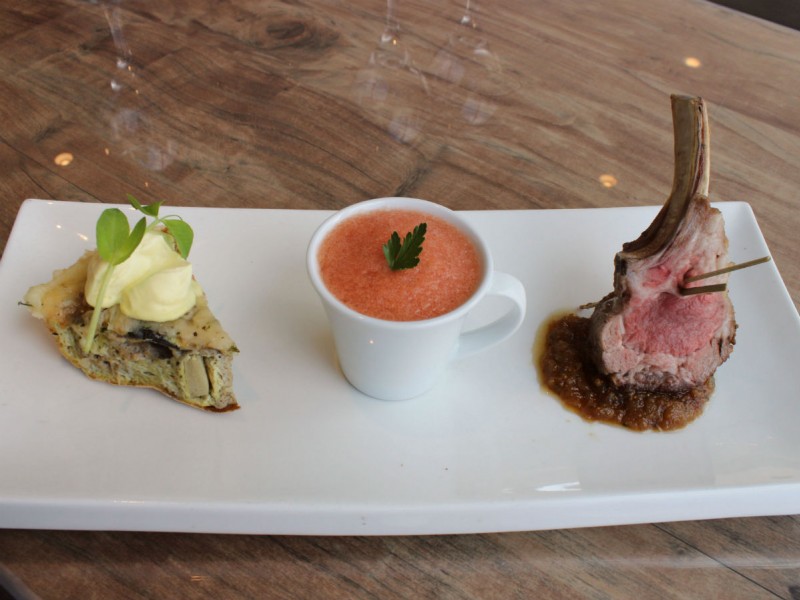 The first course during FEAST is a Spain-inspired trio (PCG)

Pablo himself was a bit of a gourmand – I’ve been told by the WAG’s head of education, Rachel Baerg, that his favourite dish was an eel stew, and that his life on the Mediterranean coast made him fond of olives, tomato and lamb.

These tastes of Picasso serve as the canvas for these dinners, with the three courses taking cues from the life of Pablo. (But don’t worry picky eaters – there will be no eel stew course nor any dishes that represent the misery this genius painter compounded onto his children and mistresses... but you will get to learn some juicy details about Picasso’s past on the tour.)

To start, dinners will be met with a trio composed of a tortilla Espanola (Spanish omelet), which is composed of artichokes, peppers, olives and manchego cheese, and topped with a saffron mousseline, a gazpacho shooter and a medium-rare lamb rack perched on a fig and mint jam. (Vegetarians can sub a root vegetable ravioli in place of the lamb). 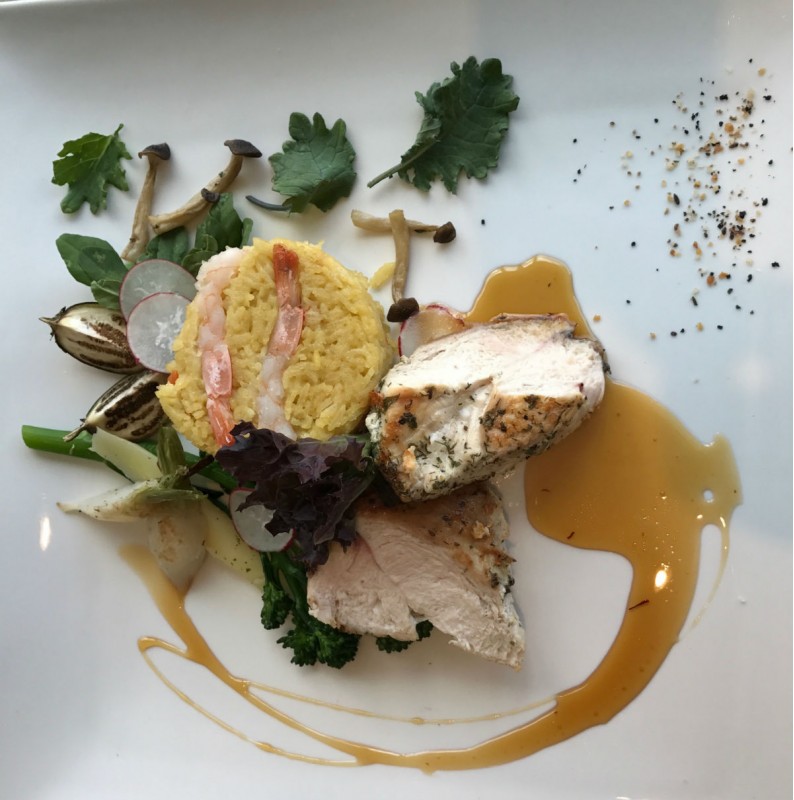 The main is free-range chicken with a paella cake, baby squash, turnips, and a sauce of saffron and white balsamic. The vegetarian option is a wild mushroom and bean paella.

Dessert (pictured at top) is an ode to Picasso’s favourite, which was crème caramel. This version incorporates banana into the base and is topped with caramelized bananas, sherry and coconut.

The cost for the whole evening is $70 ($65 for WAG members) and you can buy tickets online at this link.

It’s all part of an excellent summer of programming that the WAG has in store, which you can read more about here. 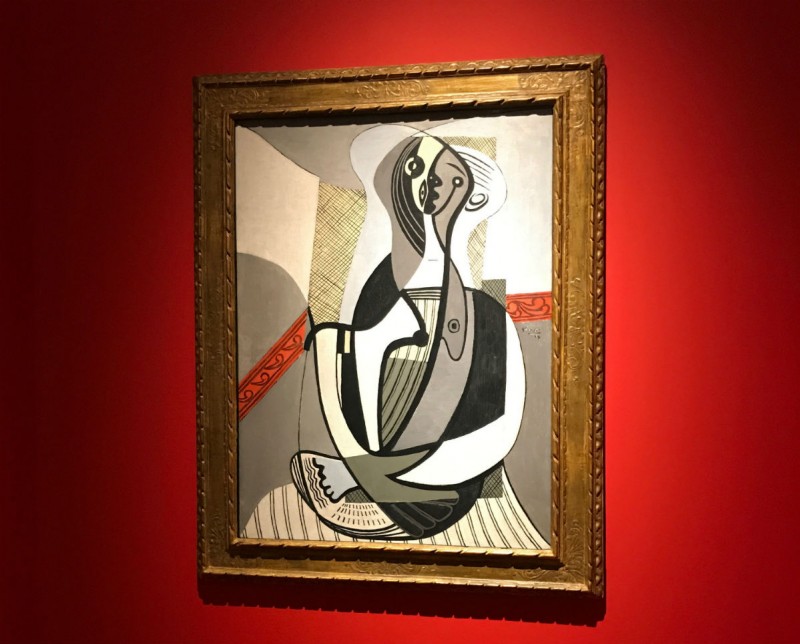 The staging of Femme assise (1927), Canada's largest Picasso painting, is stunning in the new exhibit. For a Facebook Live preview of the exhibit click here.