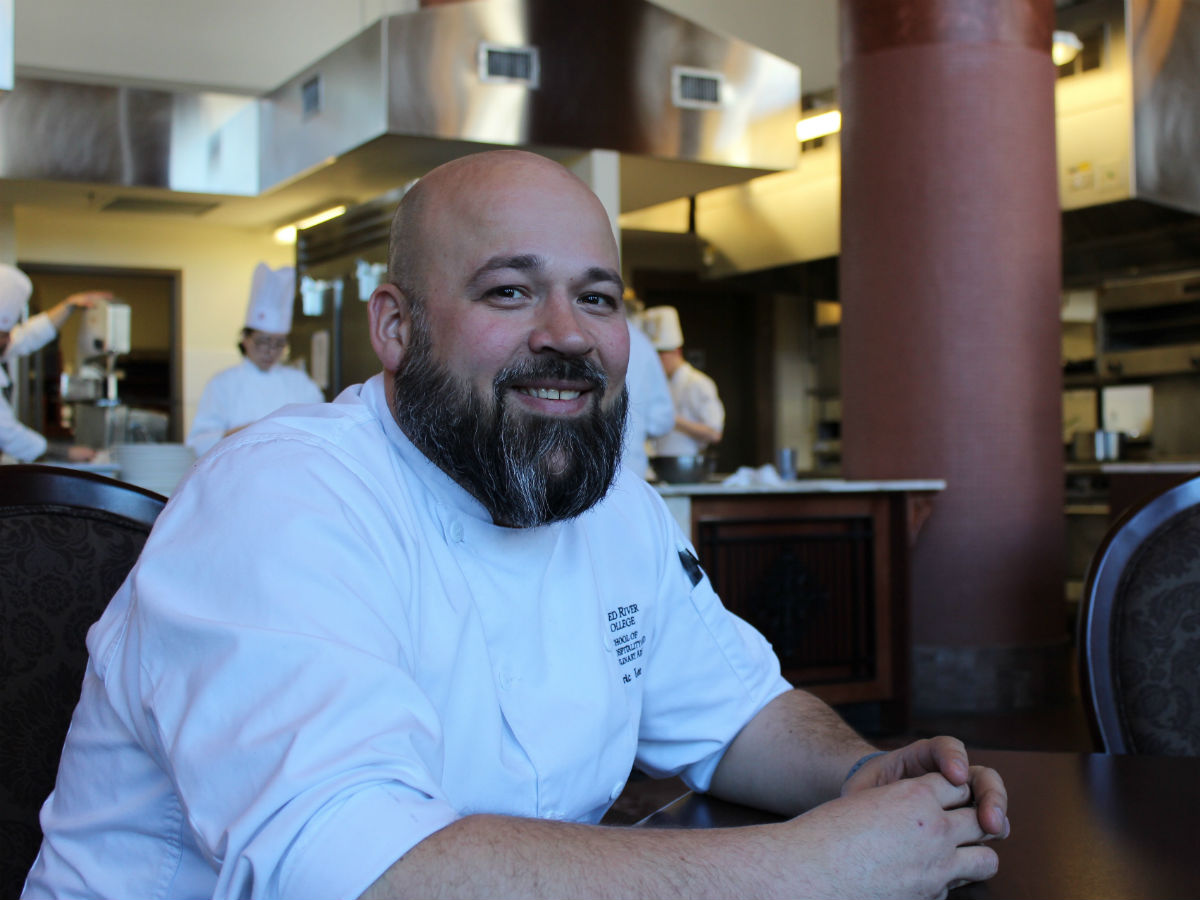 Red River College culinary instructor Eric Lee on Canada’s 100 Best, why you should be eating at Jane’s, and what he loves right now in Winnipeg

On Wednesday morning, Canada’s 100 Best released their third edition of what they define as the “definitive guide to Canada’s culinary scene.”

Segovia, at number 62, was Winnipeg’s lone representative on the list, while the national judging panel featured chef Eric Lee, who, 14 months ago, moved from years of being an executive restaurant chef to a culinary instructor at Red River College.

Lee’s resume is stacked: he completed the Culinary Arts Program at Red River while working at Earl’s before heading to Australia for a year where he cooked his way through hostels for free stays. From there, it was on to Toronto to work for Oliver & Bonacini Restaurants and then to Mark McEwan’s famed North 44. After moving back to Winnipeg, he helped open the now-defunct Australian restaurant Billabong, then was sous chef at the Fairmont Winnipeg, before becoming the executive chef at Pizzeria Gusto, followed by being the executive chef of the Merchant Kitchen when it opened.

At Red River, he joins an embarrassment of riches when it comes to culinary instructors.

Right now, he instructs the students who run Jane’s, the college’s fine-dining restaurant along with chef Gord Bailey, the nationally acclaimed chef of now closed Lot 30 in PEI whose Sentruhl Project team wowed Winnipeg diners last year with its pop-up series, and Terry Gereta, who was the first chef at Fusion Grill before opening Mise. In the words of Lee, “Terry was the first name in Winnipeg I heard of who was doing fresh local.”

Other instructors at Red River include chef Jeremy Langemann, who was the sous chef of the Fairmont Royal York and the executive chef of the Fairmont Winnipeg and chef Tim Appleton, a Team Canada Culinary Olympics member who was named Chef of the Year by the Winnipeg branch of the Canadian Culinary Federation in 2015. There’s also Trevor Bailey, a Culinary Institute of America trained chef who was the former executive chef of Canada’s Royal Winnipeg Ballet. He works as the program’s co-op coordinator, ensuring 90+ students get work placements in restaurants.

During Lee’s stint at Pizzeria Gusto it made Maclean’s magazine’s first-ever list of top 50 restaurants in Canada. This was in 2012; the other Winnipeg restaurant on the list was Segovia, along with Gord Bailey’s aforementioned Lot 30 in PEI.

“After that happened, I got an email from Jacob Richler [the McLean’s food columnist who is the editor-in-chief of Canada’s 100 Best] to contribute to Canada’s 100 and I said yes,” said Lee. “Because if there is one thing I love more than cooking it is eating.”

So on that note, we sat down with Lee for an interview about Winnipeg’s place in the Canadian culinary scene, why Jane’s is the best fine dining deal in town, and where he likes to eat on his days off.

From a Winnipeg chefs perspective, what was your reaction to the Canada’s Best 100 list?

Winnipeg has the very close potential of having five restaurants on there… but we are comparing our restaurants in cities that have easier access to more products. They are in areas that have longer growing times for fresher ingredients, and I because of that we are doing pretty darn good.

My biggest disappointment was that Clementine did not make the list. Regardless of how good it is – which it is, I think it’s great – I wrote a full page on the importance of that restaurant to this city. Because it is going to set a new bar [for brunch] just like how Segovia set the bar… This is a whole new dining aspect that no one has really jumped on [in Winnipeg] for that kind of quality of food. It is the trend-setter, and people are always going to compare new [brunch] spots to Clementine and it’s just a great spot for young cooks to go to.

One spot that could have been on there is Yujiro; Ed Lam is experimenting out with his omakase menus, his ramen; he is killing it.

What are some dishes in Winnipeg you love right now?

I will say this, the last life-changing thing I had in Winnipeg was the double Ron Swanson with cheese from the Cornerstone. Sometimes I feel like texting Norm [Pastorin, the chef at the Cornerstone] about it with “love=burger,” because I can’t stop thinking about it.

Also, the pork dumpling soup at Noodle Express is ridiculous; I should branch out but it is it just amazing.

How does Jane’s restaurant operate?

It’s a completely student-driven restaurant. We [instructors] will guide the menu and show the techniques but it’s up to the students to execute. At dinner, a class is split into three; a third of them run the front of the house, while the other two groups cook. So even on the floor, half of the servers are cooks, which gives them valuable experience.

For the students [at Jane’s], this is their last semester after two years. From there, only their black box test is left, so they are pretty good.

Plus, it is a whole dining experience. You have an amuse-bouche followed by a multicourse meal; you have a palate cleanser, maybe a tableside flambé at the end of the meal. It’s the full two-and-a-half hour dining experience.

What’s the best thing about it from a diner’s perspective?

It’s an amazing deal, and people know that when they come in.

We run at about 50 per cent food costs [generally it would be in the 30 per cent range] because we are a learning facility. So for dinner, you are not going to get a better deal. For instance, at lunch we’ll do a $14 pork tenderloin dish that could easily be $28 on someone else’s menu. But it’s meant to bring people in.

If people ever have to wait an extra couple minutes, it’s because we [the instructors] want it done right. And, you are getting to get crazy value for your dollar.

Jane’s is open for lunch and dinner, but the dates depend on the students semester. Right now, the current menu runs until March 10th, then will it will be closed for a week and reopen on March 16-31 with new students in charge. The next menu runs from April 6-20.

You can do a five-course dinner for around $50 per person, while a four-course lunch for around $35. You can also just order individual items with dinner entrées in the $20 range.

Dinner tends to fill up the fastest, usually a week or so out, while Lee told me they can always do more people at lunch.