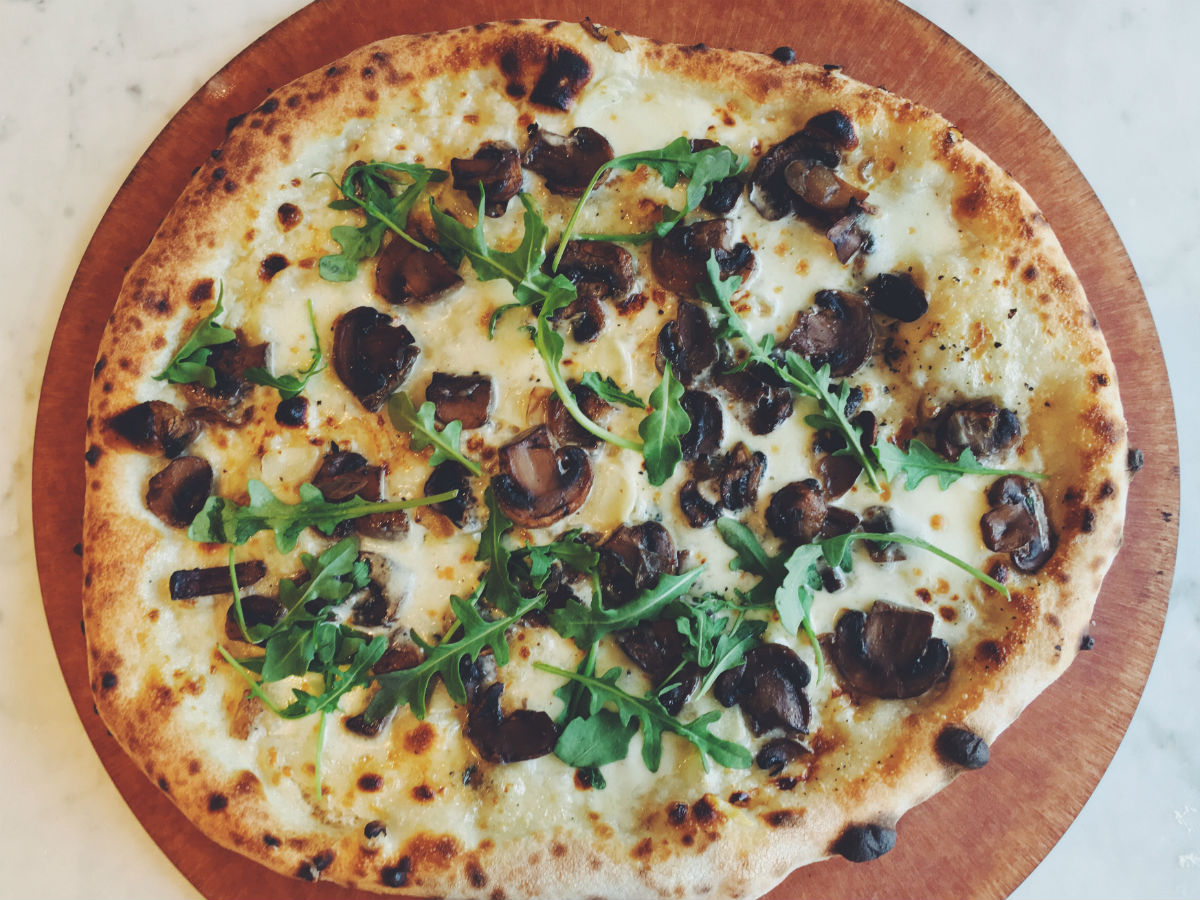 If your New Year’s resolution was to eat more delicious pizza, you are in luck.

We have two new spots for Neapolitan pies, a brand new spot in Charleswood for casual fare and the return of one of Winnipeg’s best Japanese chefs – all at restaurants under one month old.

So without further ado put these restaurants (along with our new listing from last month) on your culinary calendar for 2017.

Aurora Pizzeria & Cafe (842 Corydon) – I really love the Rome-to-Winnipeg story behind this super-authentic Italian joint. Momma Carla D'Amato does the cooking (from scratch, of course), while sons/owners Fabrizio and Guiliano run the front of the house. The family ended up moving to Winnipeg after they’d heard of the city through a cousin who dated a girl from here. Carla had always been a cook in Rome, while both Fabrizio and Guiliano have been working in the service industry in Rome since the age of 13. The clincher: Fabrizio is the black sheep of the family as the only Lazio supporter; the others are A.S. Roma fanatics.

Anyway, Aurora just opened one month ago, and needless to say it is very Italian. They rock out Roman-style pizza (the square kind, which you can purchase by the slice), Neapolitan pizza and daily pastas (most of the dough is made fresh in house), along with other items like Sicilian-style arancini (which are pointy in shape) and more. During mornings, they bring in fresh pastries from Italian bakeries and serve espresso like you’d get back in the Old Country. It’s also licensed and open late.

Super Deluxe Pizza (#4-433 River Avenue) – Fans of Vera Pizzeria e Bevande (which is probably everyone who has ever eaten there) can rejoice today: its owner’s second restaurant opens tonight!

Terik Cabildo describes Super Deluxe (which was almost what Vera was originally called, but he elected for the more mature name and has been sitting on this gem for the last few years) as an extension of his South Osborne mainstay, but a bigger one with seating for 48 people (Vera’s has just 20 seats, along with a patio that does 12, meaning lineups are usually the norm). The menu features eight Neapolitan-style pizzas (all on that delicious, chewy crust) along with a tight wine and beer list.

With a location just a few steps from the River/Osborne intersection (where foot traffic is a regular thing) you can expect this place to be just as busy (and delicious) as Vera’s.

Izakaya Edokko (190 Smith Street, inside the former Place Louis Riel) – Chef Masa Sugita—whose impressive resumé includes learning under chef Sadao Ohno at Edohei (Winnipeg’s legendary sushi restaurant), along with being a founding partner at Yujiro—is back, having partnered with chef Alan Yin (formerly of Wasabi on Broadway) at this new downtown Japanese eatery that just opened in late December.

Izakaya fans will note the interior has an upscale lounge look to it—as opposed to the rustic, warn look of traditional watering holes serving small plates—and there is a more expansive menu. At lunch, numerous ramen bowls, sashimi, rolls and bento boxes are available, while the dinner menu consists of plenty of sushi and more familiar izakaya staples, including ishiyaki Gyu-Tan (thinly sliced beef tongue seared on a hot stone), plenty of raw options and no shortage of sushi.

Had to go back to try the ramen. #winnipeg #foodporn #photography #sushi

Roblin Grill (6500 Roblin Boulevard) – Charleswood’s newest restaurant (it just opened on December 1st) focuses on using local ingredients on a comfort food/diner menu with a few twists (including a chicken n’ waffle cone, which I really hope is a tip of the hat to There’s Something About Mary). They also do brunch on the weekends.

Not too sure what to do for #dinner tonight? Come on down for a #beercanburgers!! #madebetter see you at #roblingrill