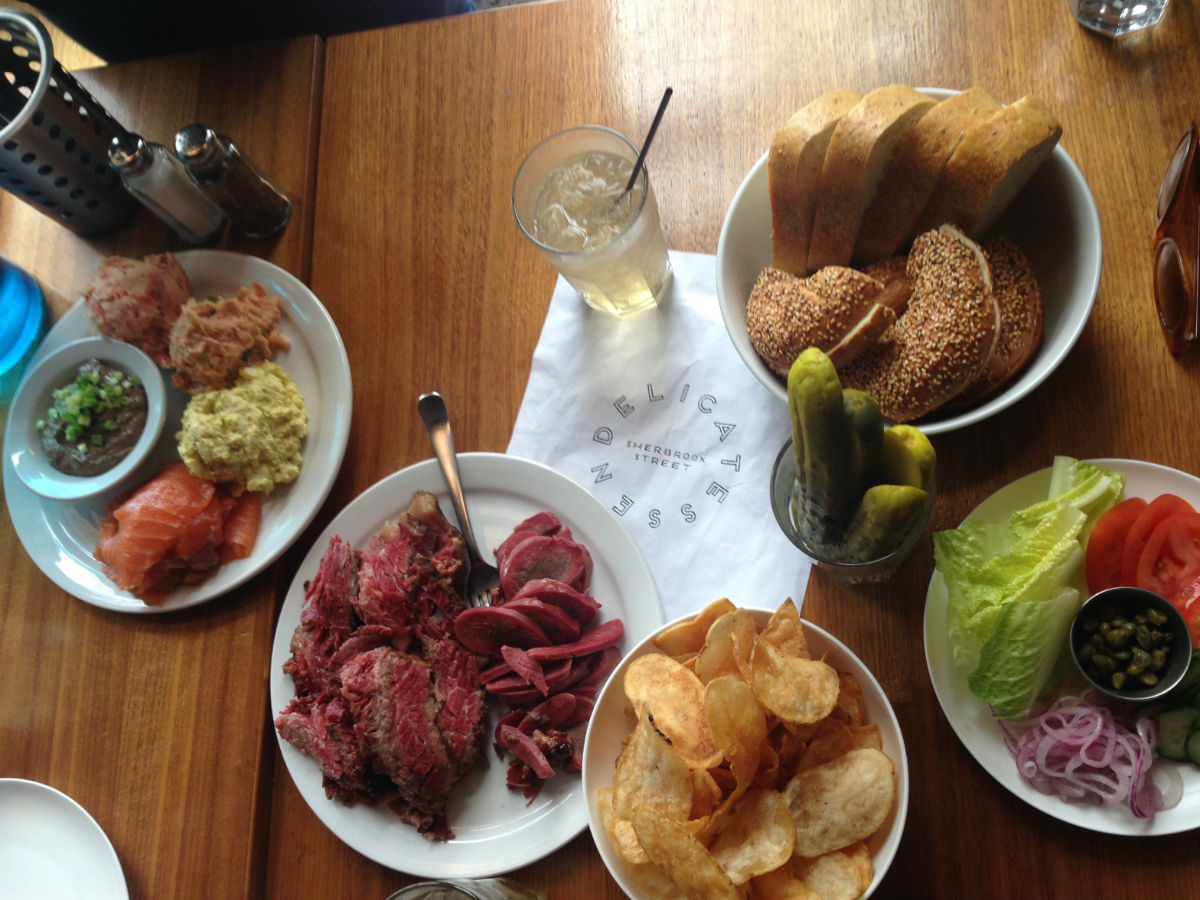 Without further ado, below is where you'll find the final list we are going to give you this year, replete with a little point form bonus section at the bottom.

We've tried to cover the most categories possible in these three lists, while leaving out some important ones like coffee, donuts and cakes, because we don't want anyone to throw a chair at us on the street (people take those categories to heart).

The Roost (651 Corydon Avenue) – This joint could also take the win for most-charming little room in Winnipeg. Head bartender Elsa Taylor makes fantastic drinks and chef Sean Bernard’s ever-evolving small plates menu is a real peach. The summer patio is one of the best in the city; while right now for winter the tiny room (it seats just 18) is the equivalent of slipping into your most comfortable sweater. (Read the full story here). 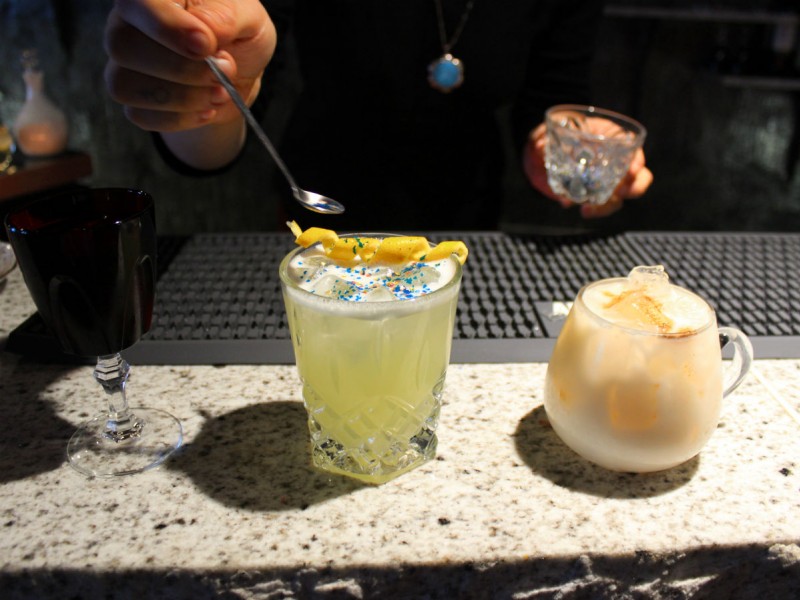 We’re going to go with The Mitchell Block and Nicolino’s on this one. At The Mitchell Block (173 McDermot Avenue), chef Sean McKay produces a serious amount of fresh pasta-making porn on their Instagram account that instantly makes you want to go to the restaurant for some angolotti before the theatre. They are also now selling small bags of their fresh pasta at Forth, so you can do your own saucing at home.  Chef Fabrizio Rossi of Nicolinio’s (2077 Pembina Highway #4) hails from Rome and serves the sort of toothy, house-made pasta that would get the nod of approval from an overbearing nonna.

A potato dish (that’s not perogies or gnocchi)

The menu at deer+almond (85 Princess Street) frequently changes, resulting in a disappearing act for many a beloved dish. That being said, one constant since its inception has been the baby potatoes with kewpie mayo, cured pork, tobiko and togarashi for $8. People seriously go bananas for this dish – and for good reason, as there is a little bit of everything going on in it. (Also, in regards to d+a as a whole, special mention for décor, service, side salads at lunch that are beyond delicious, lunch in general because their buns for little sandwiches are adorable, and chef Mandel Hitzer in general, who along with designer Joe Kalturnyk continues to push for Winnipeg's place on the international food radar with Raw:almond.

There can be so much going on at Forth (171 McDermot Avenue) at any given time that it needs its own category. Better yet, read our article "Why Forth is also a bit of the first" and you'll get the feel for why it is one of the best cocktail establishments, coffee houses, art spaces, cafes, etc. etc. etc. in the city.

529 Wellington will always be the spot where you feel like you can hold court while eating a big steak. GM Jim Armstrong is a fine gentleman while sommelier Christopher Sprague is excellent when it comes to finding you a great bottle in your price range (which comes in handy, as the wine list is nearly the size of a phone book). The service staff sporting butcher coats and the stately mansion setting will always make it feel like a special night out, while the riverside garden patio in the summer is a lovely setting for sipping on wine while sharing a tower of onion rings.

VG Restaurant at the Fairmont is also a great spot to impress a guest. Chef Eraj Jayawickreme’s plating is beautiful and often presents a story about his ingredients which more often than not come from local farms that grow specific items for the restaurant. You can also do a three-course tasting menu for $55 – a bargain at that – while the desserts at VG are outrageously good. 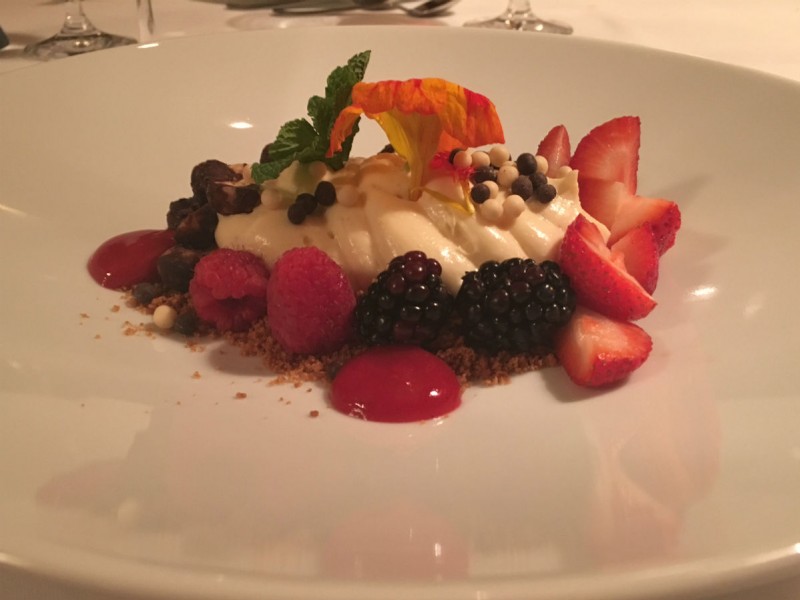 At The Grove (164 Stafford Street) and The Cornerstone (93 Osborne Street) husband and wife chef duo Kristel (The Grove) and Norm (The Cornerstone) Pastorin oversee kitchens that prepare dishes that are the perfect accompaniment of a pint or two. Both restaurants (owned by Miles Gould) are popular neighbourhood joints because of this, and you can't help but think that being invited for dinner at the Pastorin household on one of their day's off would be a real treat. #hinthint

This one (which I readily agree with) is from Tourism Winnipeg’s manager of communications & travel media Gillian Chester, who also used to be an editor at Ciao magazine. The answer is SMITH at Inn at the Forks, because their smoked negroni is simply one of the best drinks in the city, hands down. Plus, what a terribly handsome room to have a cocktail in. They also do a fantastic Moscow Mule too, so combine those two with some pounded cheese and, my friends, you are in for one fantastic cocktail hour.

An impossible category for a clear winner as Winnipeg has a gourmet pizza fetish that is like P Diddy in the late 00s (and we're talking the year, not the flour #doughpun), it can't stop, won't stop.

It all started with Pizzeria Gusto (404 Academy Road), who introduced the simplistic beauty of Neapolitan-style pizza to Winnipeg. I’m still of the opinion they have the best crust, while the Lucia is a masterpiece. But that being said, Vera Pizzeria E Bevande (670 Osborne Street) makes gorgeous pies too and is one of the best spots in all of Winnipeg – it is just a well-oiled machine run by cool people and their salad is a show stopping study in simplicity. 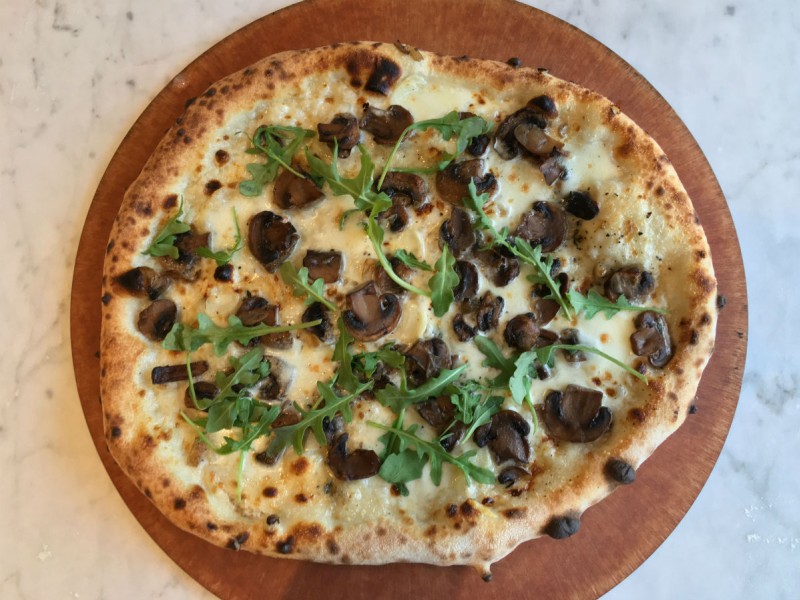 And let’s not forget Santa Ana Pizzeria (1631 St. Mary’s Road) which is one of the hardest reservations to get in the city (fortunately they do take out too) due to the bang for your buck factor (the pizzas are delicious at just $13, while the wine list is the most affordable in the city: for instance, J Lohr Cab Sav is just $35 per bottle, that’s not even a $10 markup). Finally, for sharing, there’s Carbone (now with three locations). The crust is both chewy and smoky from the coal fire oven, while the New White pizza is everything a garlic lover could ask for.

Plus, there is The Red Ember and Fired Up food trucks on Broadway during the summer, both of which make killer Neapolitan pizzas in forno ovens right on their trucks.

Needless to say, Winnipeg’s gourmet pizza market is a saturated one.

Beet Happening (818 Notre Dame Avenue) – What a gem this place is, especially for grab-and-go items. When you want to pull your best George Costanza and give the gift of a big salad (perhaps to someone who is at the hospital, right across the street), go with The Beet Happening (organic red quinoa, chickpeas, beetroot, carrot, grape tomatoes, pumpkin seeds, currants, seasonal greens all gluten free and vegan!) with the Tecumseh St. Tahini dressing and they are in for a treat. The menu is also full of other holistic, gluten free and vegan dishes. 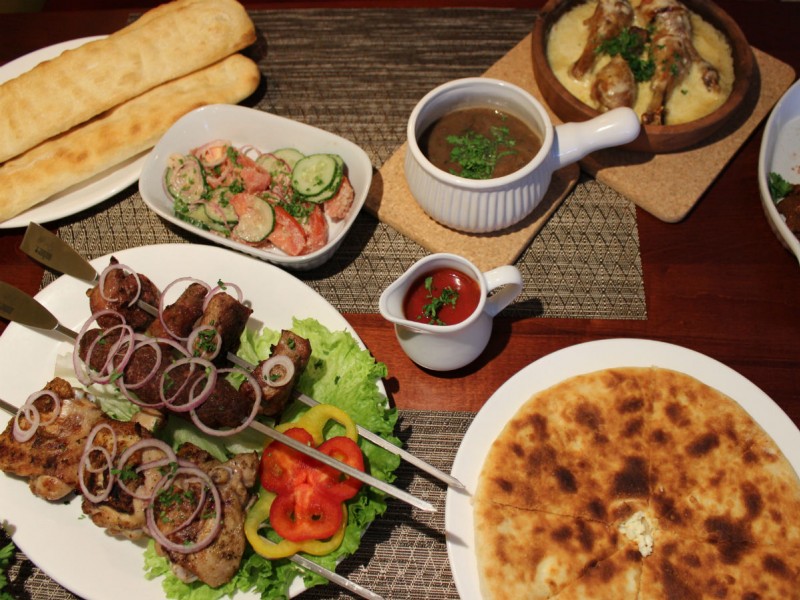 The Georgian cuisine at Saperavi is ideal for sharing (PCG)

We’re going with three subcategories for this one, as how can you argue that one ethnic cuisine is better than another?

For western food, we tip our hats to the deceptively simple menu at PEG Beer Co. (125 Pacific Ave.) that makes you feel like you are at a cozy (albeit sometimes noisy) dinner party. It’s a great spot for four friends to share a whole roast chicken with classic fixings like roasted-to-caramelized vegetables and potatoes. Their brewed in house Life Coach ISA and The Countess stout are nice beers, while their flatbread could also qualify for our best pizza list.

Bisita (637 Corydon Avenue) has become one of my favourite new spots in the city for Filipino fare – the full explanation of which you can read in the provided link. The lechon kawali (a braised, baked, then fried) pork belly dish served with pickled onion and “all purpose sauce” is so good served on fluffy rice chased down with a cold beer. It’s a really good spot for a table of four to get stuffed for a fair price.

How about cuisine from the Caucuses? Saperavi (709 Corydon Avenue) is Winnipeg’s first Georgian restaurant, and indeed one of only a handful in Canada. The whole menu is meant to be shared, with each person getting a big dining plate (no side plates here) to load up with garlicky and coriander spiked dishes that are stewed, skewered and grilled, steamed (the Khinkali dumplings are delectable) and above all, baked, including the many bread dishes that are really wholesome.

Cantonese has to represent here too, and I’ve had many a fine time enjoying Hong Kong-style cuisine around the large tables of Sun Fortune (2077 Pembina Highway #15) where large portions, hot pot, Peking duck and cold bottles of Tsingtao are where it is at.

While there are many fine bowls of phở in Winnipeg’s west end neighbourhood, Phở Hoàng (794 Sargent Avenue #5) remains my go-to spot. I will admit to a bias here, as several years ago chef/co-owner Tom Hoang showed me how to make his aromatic beef broth for a CBC Radio piece, so it’s the place I instantly think of when phở comes to mind.

Finally, to break format, I’m often asked where I eat at the most, so here’s that in a nutshell: