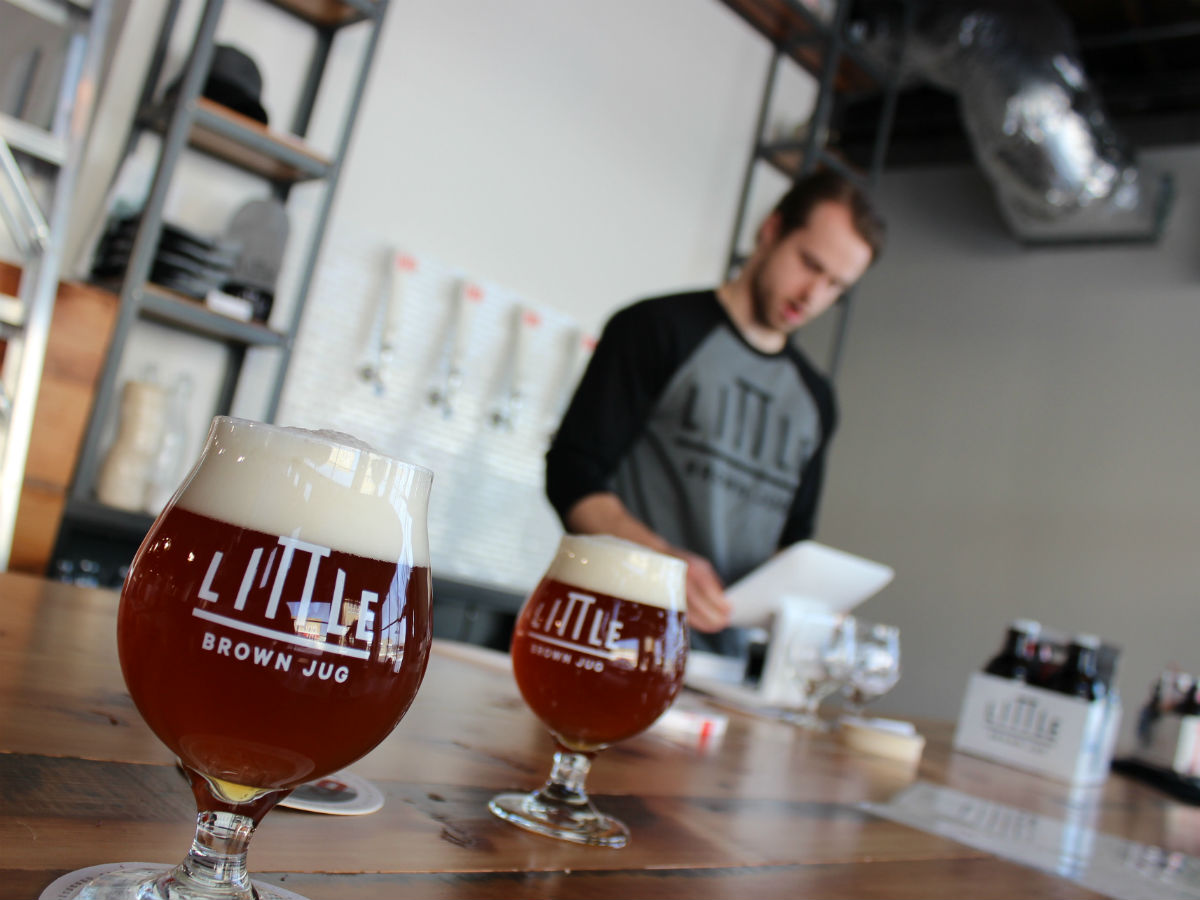 New & Notable and now open for the holiday season

Christmas has come early for those of you seeking new restaurants, breweries and tasty spots in the city.

Below you'll find just a sampling of notable spots that have opened since late fall, along with a couple of newbies that just sprung up in the last week.

Bouchee Boucher (101-300 Tache Avenue) – This one, by former Bistro 7 ¼ couple Alexander Svenne and Danielle Carignan Svenne, is terribly exciting for many reasons.

First off, Clint and Pam Cavers are also partners in the business, and they will be supplying the restaurant and butcher shop with pasture raised pork and other meat from their very own Harborside Farms while also helping source other local, ethically raised meats including lamb and grass-fed beef (I’ve been to their farm for a CBC Radio story on making prosciutto and I tell you they are seriously terrific people. We even served their charcuterie at our wedding and everyone raved about it).

Second, sticking to that butcher bit, Bouchee Boucher is now the most centrally located, locally sourced and ethically raised meat shop in the city (other great natural meat shops we love like Frigg’s and Carman’s All Natural Meats require a bit of a drive).

Third, Alex has always been a pretty great chef, and the family-style dishes at Bouchee Boucher -- along with hearty sandwiches from the butcher counter -- will be a welcome addition to St. Boniface.

Fourth, they are also doing a weekend brunch and all parts of the business are fully licensed – so you can have a hair of a dog breakfast or sip at a beer while getting your meat cut. #asitshouldbe

For hours of operation and more see their website.


Carne Italian Chophouse (295 York Avenue) – Carnivores will rejoice at the newest rebrand from WOW Hospitality (it opened in the fall and sits in the location that was formerly Lobby on York, and later the short-lived D.T. Urban Kitchen+Oyster Bar). The menu features some classics from 2011 Gold Medal Plates Winnipeg winning chef Michael Dacquisto that Winnipeg diners will recognize from former downtown staple Pasta La Vista – like the “PLV chicken livers” and the black magic pasta (which was my go-to dish for customers to order when I waited tables at PLV for 3 months back in 2003).

The big draw though is the a la carte meat dishes and sides. Before a Jets’ game a few weeks ago, a table of six of us took back the rib steak for two (1 kg for $69, an assertive char on the outside and perfectly medium rare and marbled throughout) and the Nagano centre cut pork chop ($36, juicy and cooked perfectly with just a blush of pink in the middle served with a glossy calvados jus and roasted apples) along with Tuscan fries and fried Brussels spouts and we had a grand old time. Treat it like you would WOW’s flagship 529 Wellington and you are in for a fine dining treat.

For hours of operation and more see their website.

Capital K. Distillery (Unit 3 - 1680 Dublin Ave) – Manitoba’s first craft distillery, led by master distiller Jason Kang. Right now they make Crystal Vodka while we can soon expect small-batch rum, brandy and whisky. They have a tasting room where they make cocktails and they can give tours for up to 30 people. For hours of operation and more see their website.

We're officially open for tours! Hit the link in our bio to book a date to come see us! Tonight's tour had this to say: "Excellent product, abundant knowledge and stunning facility - thank you @capitalkwpg". photo by @chr1stellar

1) For handsomely refurbishing a heritage building on the tail end of the Exchange District: there are no dividing elements to hide the brewing process, the teak furniture is comfortable and charming, and the open concept space is visually stunning with exposed I-beams and some nice tile work behind the bar. On the nights when they are brewing (Wednesdays and Thursdays), an atmosphere unlike anything else you'll find in the city is apparent as customers who are sitting and drinking their beer (which is both refreshing with a touch of sour and a clean finish that has hints of clove) really can feel like they are one with the brewing process.

2) I met owner Kevin Selch the other day at a dinner I was helping cater and this fellow – a former economist who recently moved back to Winnipeg – is so fascinating and insightful that he was recently featured on the new CBC Radio show Now or Never.

3) Selch has put together a great little team, including brewer Bernie Weiland – whose resume features Lake of the Woods Brew Co. in Kenora, Gilde Brauerei in Hanover Germany, and Half Pints here in Winnipeg.

4) Little Brown Jug is about as green as you are going to get. All the heating that is created during the brewing process is recaptured (nothing vents outside during the winter) and redistributed throughout the room, so they do not rely on any outside sources of heat for the winter. In the summer, the opposite happens with regards to the brewing cooling equipment, the energy of which will be captured to cool the room. It's really quite something.

Anyway, right now they are doing one beer, the 1919 Belgian Pale Ale, which has become readily available at some of the best restaurants and bars in the city. 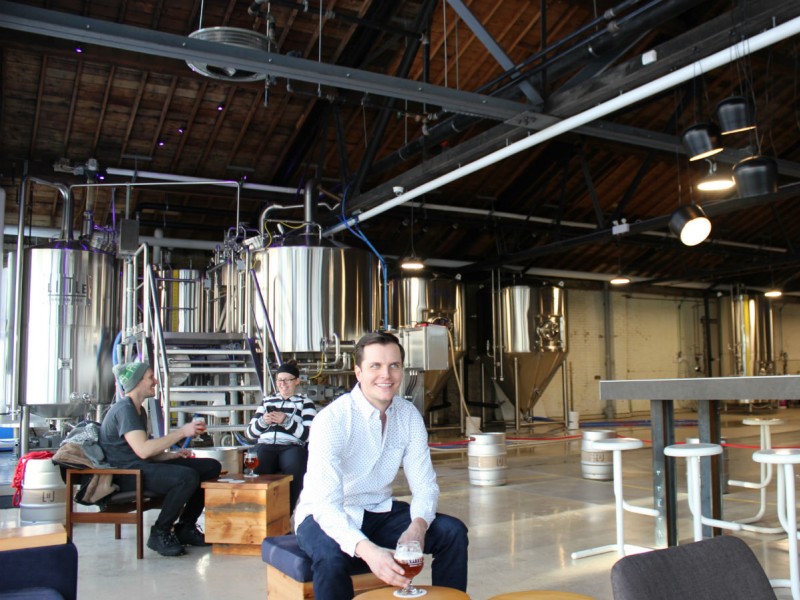 
Saddlery on Market (114 Market Avenue) – Another new addition to The Exchange District (it opened in early November), the Saddlery’s focus is on comfort food by former Hermanos chef Michael Day, with an expansive menu that features share plates, flat breads, burgers and large mains.

For hours of operation and more  see their website.

Rae's Bistro + Lounge (9-925 Headmaster Row)  – Brand new to North Kildonan, this place officially opened this morning and features twists on bistro/bar/grill classics for lunch and dinner along with a full breakfast menu.

For more info check out their FB page.

Capital Grill, another place that is really one of our favourites, is now doing brunch, and from experience (as we had their brunch all the time when Wayne and Greg had Crave in Vancouver) it will be amazing.