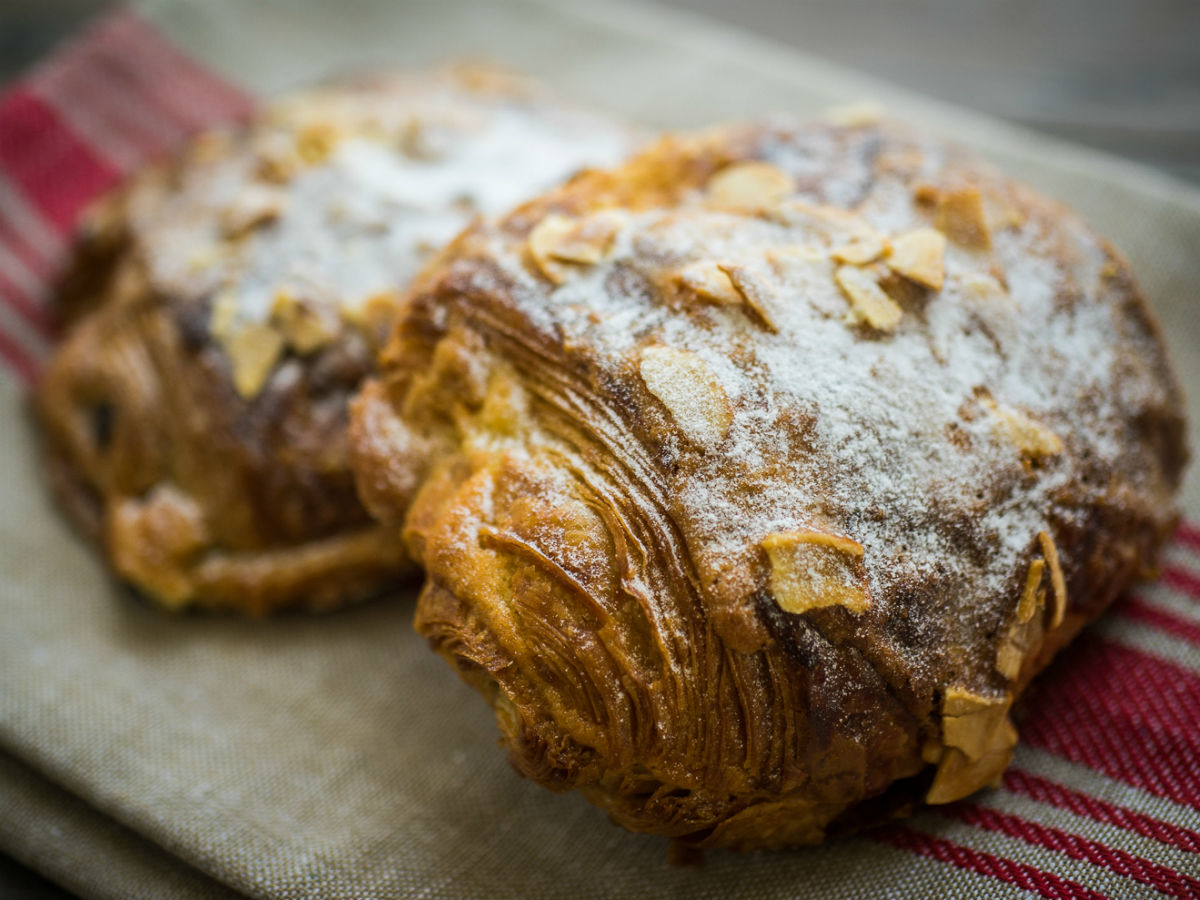 From France with loaves

If you take a bite of a croissant or pastry in Winnipeg and remark that the flavour, texture and quality brings you back to France, there is probably a reason for that.

For over a decade, bakers have been making their way from France to Winnipeg, often through the Economic Development Council for Manitoba Bilingual Municipalities (CDEM), who have encouraged and assisted French-speaking entrepreneurs in moving to Winnipeg.

Since arriving, these bakers have helped shaped the surrounding area’s flour (using plenty of butter) into some of the best baked goods you can get, creating little pockets of Paris, Alsace and Brittany in neighbourhoods throughout the city.

And, as Annie Henry, Tourism Winnipeg’s newest staff who comes from Normandy, France puts it:

The Story: At owner Larissa Webster’s Corydon neighbourhood mainstay, the main baking duties fall on chef Emmanuel Battaglia, a second-generation pastry chef from Marseille. Open since 2008, Frenchway, on top of being a destination for its pastry counter, is busy serving regulars traditional French fare from all-day breakfast and lunch menus, which utilize quality local producers like Nature’s Farm eggs. The cafe also has a nifty selection of vegan and gluten-free goodies.

Go for: Although not a traditional product, their butter tarts are the best in the city, while classics like croissants, macaroons and their brioche-based products are nearly moan-inducing.

The Story: Owners Nathalie and Gilles Gautier, both classically trained bakers, are from Marseille. Since March 2011, they’ve been busy creating an amazing array of pastries which locals (a large portion of which are French speaking) readily line up for. It’s arguably the closest you will get to being in France in the prairies.

Go for: On the flaky side of things we rank their pain au chocolate and almond croissants as two of the best in the city. Their colourful macaroons are hugely popular -- the crème brûlée version being ridiculously good -- while they also have a steady lunch crowd who come for savoury pies. Our favourite bit is when you finish ordering they ask what kind of bread you would like, as no one seems to leave without a loaf or baguette in tow.

The display case at L'Epi de Blé is out of control

The Story: Owners Jerome and Fabienne Boulanger have had a hit on their hands since they opened Le Croissant in 2007, creating a charming European atmosphere in the heart of St. Boniface. Jerome is a multigenerational baker from Alsace, while Fabienne is from Brittany. They both worked in Paris for a decade, with occupations including Jerome as a pastry chef and Fabienne working in a chocolatierie.

Go for: As the name indicates, croissants are the go-to item, so get there early when they are at their crusty, flaky, chewy best. Many European customers I talk to also insist they make the best baguettes in the city.

The Story: The face of Tall Grass Prairie, Tabitha Langel, who founded the business with husband Paul, and Lyle and Kathy Barkman, is like the poet warrior of locally sourced organic wheat (they mill their own on-site, using primarily heritage varieties like Red Fife and Spelt) and easily one of our favourite people in Winnipeg. The bakery has been open since 1990 and now has over 60 employees. In 2005, Loïc Perrot, a fifth generation baker from Brittany joined the team as head baker (he’s now also a co-owner). To say Tall Grass is a Winnipeg institution is a gross understatement, as regulars and new customers alike flock to purchase a massive selection of breads, pastries, cookies, muffins and pies, the ingredients of which are all meticulously sourced locally. They even cold-press their own sunflower oil at The Forks.

Go for: For over 25 years the cinnamon buns have been the biggest draw, and right now they are doing a cinnamon bun-croissant hybrid that is, in the words of Carly Simon, the stuff that dreams are made of. Their breads are outstanding and right now you should go for anything pumpkin-related – particularly pie – as Tall Grass brings in over 6000 lbs. of local pumpkins every autumn, so you best believe they know how to use them.