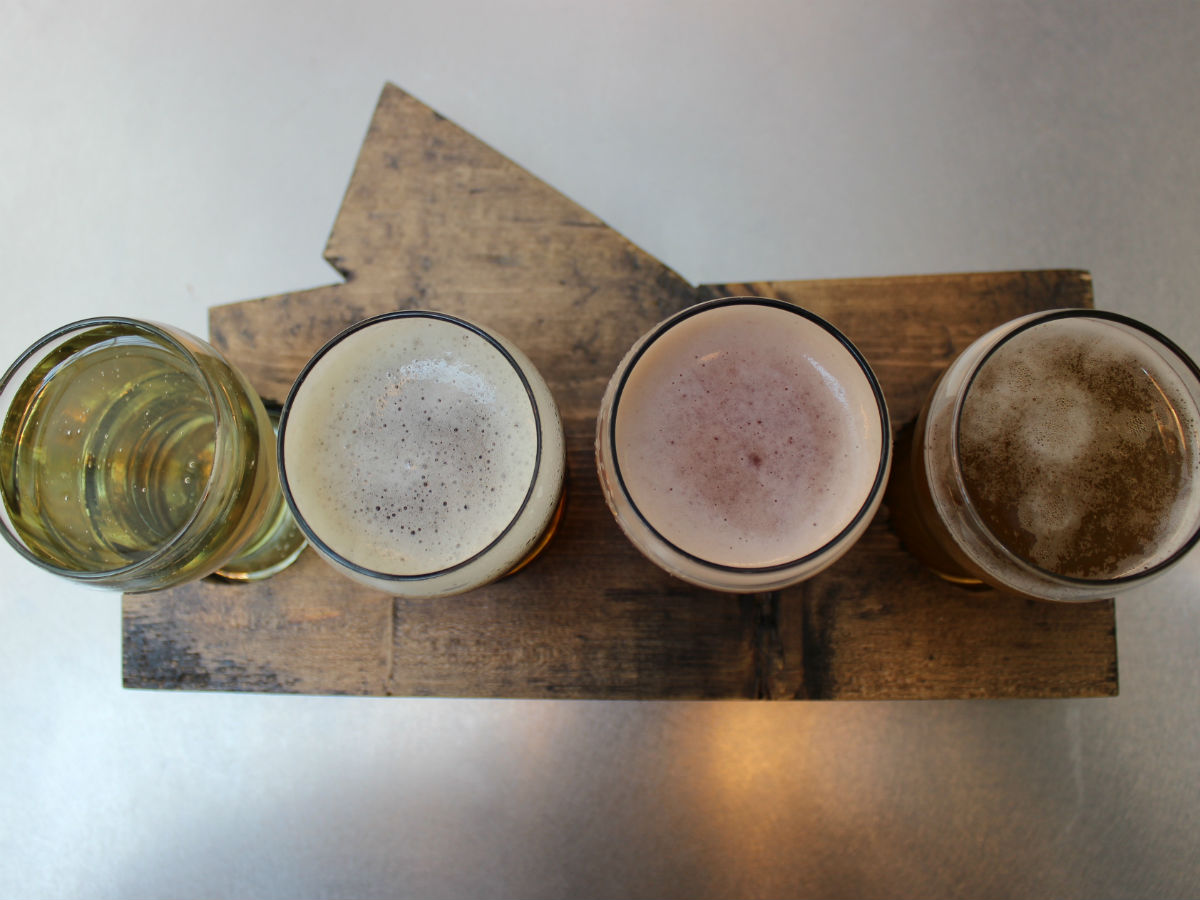 Our alcohol-infused ode to the alumni game

As fans pour into the city this week for the 2016 NHL Heritage Classic at Investors Group Field, we thought it best to serve up some recommendations for where to grab a glass or two, along with some quality drinking food, with you and your crew.

Over 30,000 people are estimated to be in attendance for these afternoon games, while right now 20,000 gallons of water and 3,000 gallons of glycolant coolant are being used to make the ice. On top of those liquids, you can add plenty of beers, wine and booze, which will flow like Ryan Smyth’s legendary locks as he skates over the blue line.

(As well, for things that flow, see: tears of joy, as in, upon the face of every Winnipegger when Teemu once again dons a Jets’ jersey. Oh, how we love you Teemu).

And please note: this list follows our regular emphasis on unique Winnipeg independent places, because chains are found in all Canadian cities.

Let’s just stereotype that hockey fans are beer drinkers and that most visiting Oilers fans are going to be much more inclined to order a local craft beer than a glass of Beaujolais nouveau. (Although, that being said, it would be fitting to swirl some crisp Wayne Gretzky Estates Riesling this weekend as Lord Stanley knows number 99 will be decanting some dekes in Saturday’s alumni game #TheGrapeOne).

Right now Winnipeg is brimming with new breweries and we're betting our new taprooms – along with a fancy new(ish) beer hall that serves nearly all of them – will be busier this weekend than Bill Ranford and Grant Fuhr’s glove sides come Saturday.

PEG Beer Co. (125 Pacific Avenue) just started serving their own batches of beer last week and we tell you, it is delicious, hoppy stuff. We went through their flights on Saturday night and The Countess Stout is an ideal beer to take down after the games with its creamy texture, while their Life Coach ISA, Marilyn Rye Ale, and Soundtrack IPA are nearly as solid as Dale Hawerchuk’s performance during the 1987 Canada Cup. Plus, the room is lively with communal-style seating at several tables, making it perfect venue for larger groups. 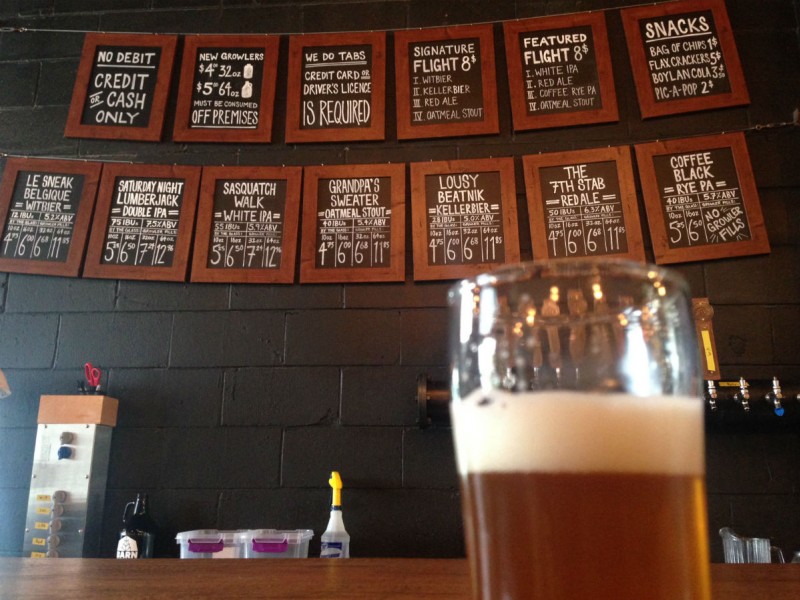 The taproom at Barn Hammer Brewing Company (595 Wall Street) is a handsome hidden gem if there ever was one, and a perfect location for everyone staying in the Polo Park and the Airport Area. While you can find their brew master Brian Westcott’s work on tap at numerous places across the city, you really need to check out their space (open noon to 9 p.m. on weekends, 3 p.m to 9 p.m. Wednesday and Thursday), which is a former auto garage which owners Tyler and Sable Birch have transformed into an industrial chic locale. Right now we’re really digging their Le Sneak Belgique Witbier, whose refreshing European flavour is as timeless as the career of Teppo Numminen.

Another spot where you can sample a great deal of local beers – including those from Torque Brewing Co., whose own taproom is slated to open soon – is The Common in The Forks Market. With 20 beers and 20 wines on tap, along with a great selection of food kiosks to eat from, The Forks Market is guaranteed to be rocking harder than a Dave Babych moustache, circa 1982.

Walking distance to the stadium

Both the alumni game and the Heritage Classic itself are being played at Investors Group Field, so the University of Manitoba/South Pembina area is going to be where it’s at for pre-game action.

The big daddy in the neighbourhood is Barley Brothers Stadium (2005 Pembina Highway). With over 150 beers on tap, along with the distinction of already having served as the site for thousands of American soccer fans during the FIFA Women’s World Cup (it was the home-base for the American Outlaws) and no shortage of fans for last year’s 104th Grey Cup Festival, Barley Brothers Stadium is a real winner – like Esa Tikkanen with his five cups – when it comes to entertaining crowds. Plus, it’s walkable – being just over one km – from the stadium.

Considering there will be tens of thousands of fans making their way through the area, and that the games start at 3 and 2 p.m. respectively, a good plan would be to get to South Pembina early to do brunch before the game. 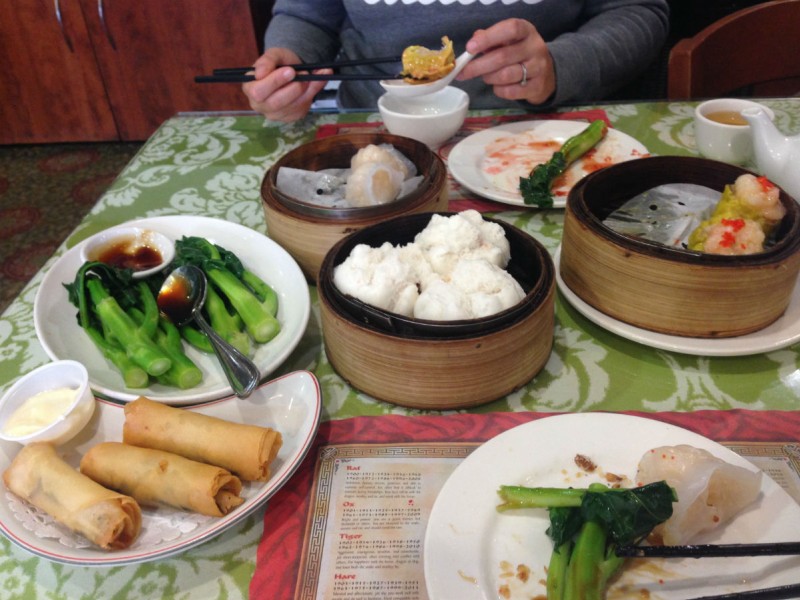 For us, the best pregame brunch is a dim sum one and in Winnipeg, when it comes to dim sum, you really can’t beat North Garden (6-33 University Crescent). Located in a strip mall a short walk up the road from the stadium, North Garden may look small from the outside, but it actually is relatively spacious, with large tables to accommodate big groups before the games. Their dim sum standards like har gow and shui mai are on the money, while their baked BBQ pork buns are more indulgent than the kind of hockey Oilers’ fans were treated to in the 1980s. (Alas, if only Paul Coffey and Kevin Lowe were as flakey as these pork buns in their defensive duties back then, perhaps Winnipeg would have won a cup of their own.)

South Pembina is arguably the best area in the city for Chinese cuisine, so while you are there we recommend two spots your group can get stuffed at (while building a nice pre-party base) before or after the games.

Sun Fortune (2077 Pembina Highway) and Golden Loong (2237 Pembina Highway) are both just a short jaunt from the field, and offer fine examples of their respective Chinese regions with big tables to support a group. At Sun Fortune, the focus is Hong Kong style, with huge portions and hot pots that are great for sharing, while Golden Loong does northern Chinese cuisine featuring fresh handmade noodles.

Winnipeg has more quality cocktail bars than Mark Messier has bags of Lays Potato Chips, so please take this section as just a sampling:

In The Exchange, some top options include the bar at Forth 171 (McDermot Avenue), Albert Street Cocktail Co. (91 Albert Street) and the lounge at Peasant Cookery.

The bar at Forth is open Tuesday-Saturday, 4 p.m. to 1 a.m., the drinks by bartender Josey Krahn are second to none in the city (and their bartenders will even fix you anything you like ($11) – you just name your booze of choice and if you are a sweet or sour fan), and they have a bar food menu from chef Pamela Kirkpatrick that is most excellent. 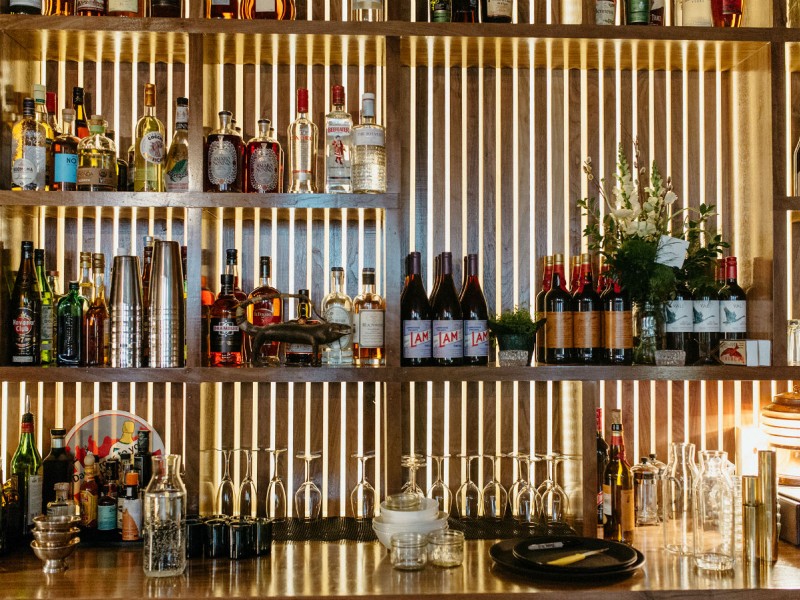 The Bar at Forth (photo by Josh Dookhie)

Throughout Downtown great options include The Merchant Kitchen (314 Donald Street), where you can get a margarita picante on the rocks ($12) or a Chinese 5 spice dark and stormy ($10) along with some excellent share plates like Korean Fried Chicken (half order for $26) and Green Curry Mussels ($16), and SMITH at Inn at the Forks, where a Hudson’s Bay themed lounge (arguably the handsomest in the city) offers up seasonal cocktails like a Moscow Mule ($12) that is nearly as classy as Bob Essensa between the pipes.

Osborne Village also has no shortage of fine drinking holes, including the Whisky Bar at The Toad (112 Osborne Street), where patrons have to be 21+ to enter and the whisky selection is extensive; The Cornerstone (93 Osborne Street), where you can dine late into the night off an excellent menu from Gold Medal Plates Winnipeg winning chef Norm Pastorin (the drinks are good too); and Sous Sol (22-222 Osborne Street) where you can get what we’d argue are the best drinks in the city until 2 a.m. from barman extraordinaire Erik Thordarson.

For some fine theatrics, order the Sorrel Rum Punch “with fire” at Sous Sol, then be ready for a flaming tiki drink that you can roast a coconut marshmallow over. It’s nearly as bold a performance as Craig MacTavish playing his entire career without a helmet.

Looking for an even more extensive list of Winnipeg watering holes? Check out our guide from the 103rd Grey Cup.

Turns out you can make friends with salad