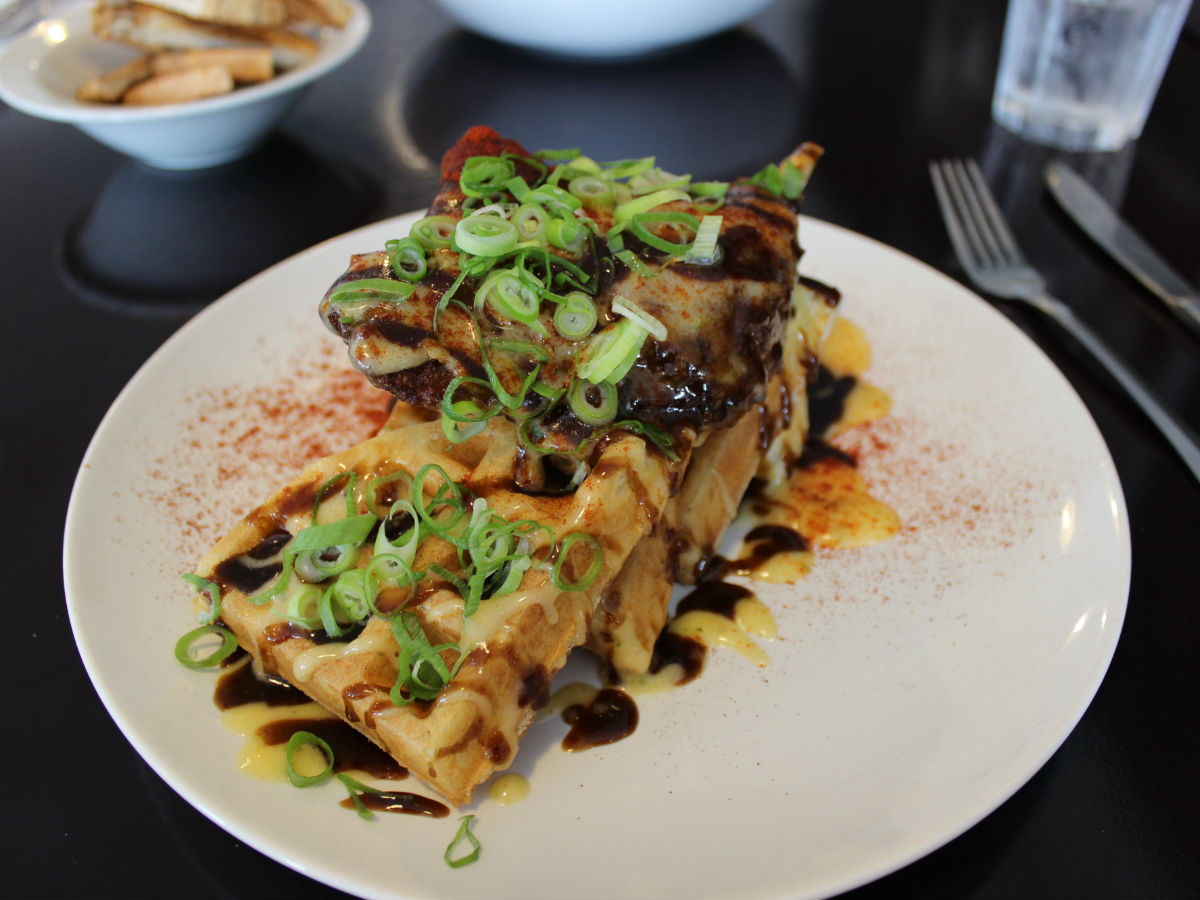 Creme DeL'Essense is an ambitious hidden gem in the North End

For the past year, in an industrial park in Winnipeg’s North End, two guys in their early 20s have been pumping out some of the most unique dishes in the city.

They are doing things like taking two weeks to ferment their own black garlic (one step involves a 75C sous-vide for 12 days), which then goes into dishes like the Noypi Rice Bowl – made with braised tocino and langgonisa – and a brunch dish of duck confit perched on waffles with a maple-black garlic glaze.

There’s fresh pasta with a black garlic Alfredo sauce, a hash dish featuring a braised pork belly roulade served with pickled cucumbers and a slow poached egg, and a dish of pork belly ribs covered in a pineapple-tomato jam. There’s even a deconstructed lemon tart on the dessert menu.

You can savour this in a bare-bones diner setting, in a nondescript white brick building at #16 – 1833 Inkster Boulevard. 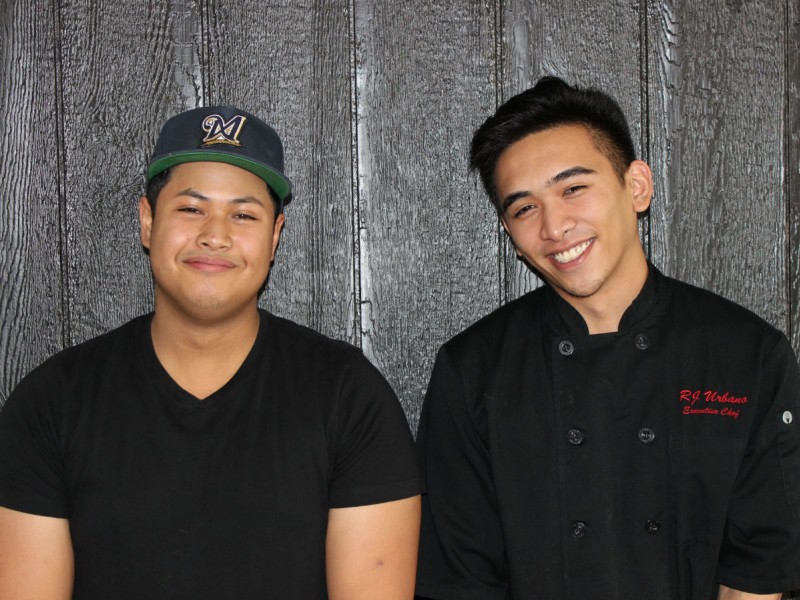 “We are in the North End of the city, and you are not going to see anything like this around here,” said executive chef and primary owner RJ Urbano, who along with Ryan San Diego does absolutely everything at Crème DeL’Essense.

“We love to see people’s reaction to the menu… now, I’m not saying it is the fanciest or anything, but we do like to put a lot of detail and care into it.”

Urbano and San Diego, both just 23 and 22 years old respectively, met in 2008 at Tec Voc High School. Urbano has the more pronounced culinary background while San Diego has front-of-the-house and bartender experience (the restaurant is also licensed and features a cocktail menu).

They run the show almost like tag team wrestlers. They can both take orders and switch off in the kitchen, while they also do all the prep for service. It is seriously just a two-man show.

Their menu pays homage to their Filipino roots with some items, but above all it is a fusion of French and brunch classics. The portion sizes are generous to say the least (which Urbano says is a must for the neighbourhood, “you should leave full”), while the prices go from $7.50 (for the mixed green salad), up to $20 (for the pork belly ribs).

Owning a restaurant at 23 years old was never in Urbano’s plans.

He started cooking three-and-a-half years ago at Sun Valley Restaurant (433 Oak Point Highway), shortly after withdrawing from University 1 at the University of Manitoba. He then enrolled at Red River College’s Culinary Arts program, during which he had his first big "ah-ha" cooking moment while working as a line cook at JOEY Polo Park.

At JOEY he was introduced to a fast-paced kitchen and learned to work in a system, but it was their weekly “Quick Fire Challenges” – a black-box style challenge the kitchen staff do every Tuesday – that he really relished.

“I would skip theory classes [at Red River] just to take part in those challenges,” said Urbano.

Every year the chefs from the two JOEY kitchens (Kenaston and Polo Park) would compete against one another, with the winner being flown to the flagship JOEY in Vancouver to compete with chefs from across the country. Urbano would win that right to represent Winnipeg in April of 2014. 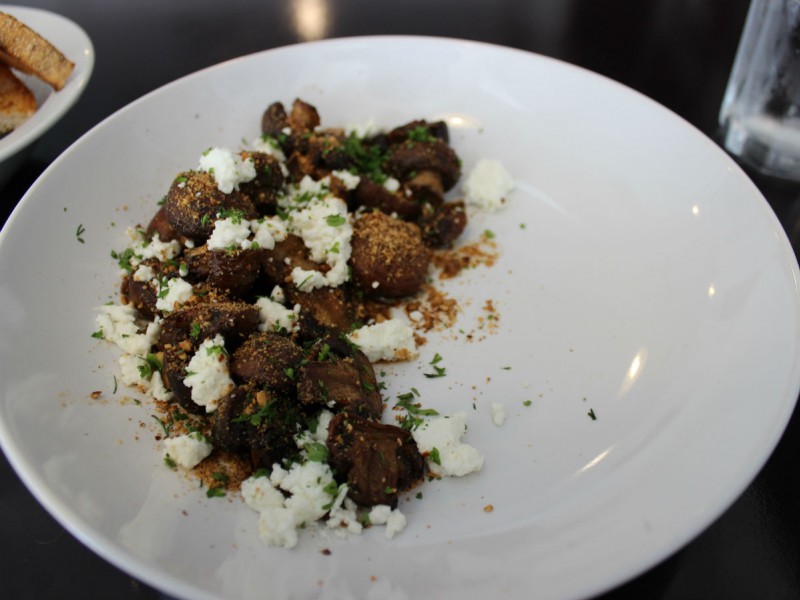 After that, things just started to snowball.

“The experience was phenomenal, even just being exposed to Vancouver for the first time,” said Urbano.

That city had such an influence on him that he returned twice to eat his way through Van for more inspiration before opening Crème DeL’Essense.

He did his college co-op placement under chef Jesse Friesen at Winnipeg’s Lobby on York, and from there – with the help of former Lobby manager Shan Shuwera – he landed a stage back in Vancouver at PiDGiN, where he spent a week and a half learning everything he could from former Winnipegger and now internationally celebrated chef Makoto Ono.

(For a little background: Shuwera used to work with Ono at Gluttons, the former Winnipeg restaurant that launched Ono to culinary stardom when he won the Canadian Culinary Championships in 2007.)

Before opening Crème in August of 2015, Urbano’s first independent foray was an underground ice cream business. He was making varieties like Vietnamese coffee, Matcha green tea, and salted caramel Oreo, and quickly garnered a following on Instagram that resulted in people lining up at his house.

He followed this up with a short stint doing macaroon ice cream sandwiches. This all started because he found a Breville Ice Cream Maker on Kijiji for $200. #hustle

Weekly new ice creams are a mainstay on the Crème menu, and it was these that customers were first showing up for. I had the salted caramel on my visit and it was banging; the crème anglaise is rich in egg yolks, providing a super creamy texture, while the salted caramel provides nice pops of crystallized sugar and salt. There are also four other desserts that include a sticky toffee pudding and a seasonal crème brûlée.

The 15 savoury items, many of which scream brunch, are eclectic to say the least, and include the aforementioned Filipino fusion dishes, a creamy Parisian gnocchi ($16), and the “mushroom forage” ($11) -- a savoury dish with criminis cooked in a brown butter-soy served with chèvre and toasted almond dust. 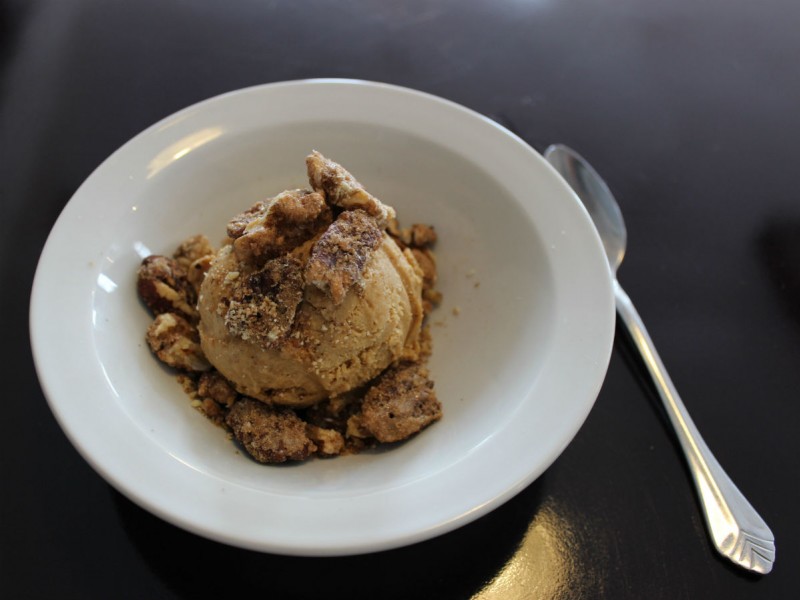 The standout for me was that duck confit and waffles ($19, while you can get a confit chicken leg version for $14). It has a lot going on, including scallions and paprika working beside a light hollandaise that somehow complements that black garlic-maple glaze. The yeast-batter waffles are airy, the rich duck meat is spoon tender under the crispy skin, and when you get all the components together on one fork it all makes sense. The flavour profile is actually quite similar to an okonomiyaki, although it could do without the paprika.

There’s really nothing like some of these dishes in the city, let alone in a North End greasy spoon.

“Our purpose to be in the North End wasn’t because it was cheap,” said Urbano.

“It was because we grew up in this area; we went to Meadows West, we went to Stanley [Knowles], Sisler, Tec Voc, and we noticed that there was no one in this end of the city. Plus, this lease was available and people were starting to get interested in it.”

“And yeah, people do ask us, why didn’t we open in Osborne or on Corydon? Well, everybody is there.”

Urbano’s hope is that Crème, which officially opened on August 12, 2015, will continue to evolve into a destination restaurant – which it arguably is already. I’ve had chefs telling me for the past year that I need to see the ambitious dishes that this young chef is doing, while it keeps on popping up on our Instagram feed as new people discover this hidden gem.

So far, it has been going as planned for Urbano and San Diego, as they honestly didn’t have the clearest blueprint to start.

“For us, we are very young, and we had no experience with [running a] business. We we went into this blindfolded,” said Urbano.

“But we survived the first year. So we just want to keep innovating and really striving to be better than we were yesterday.”