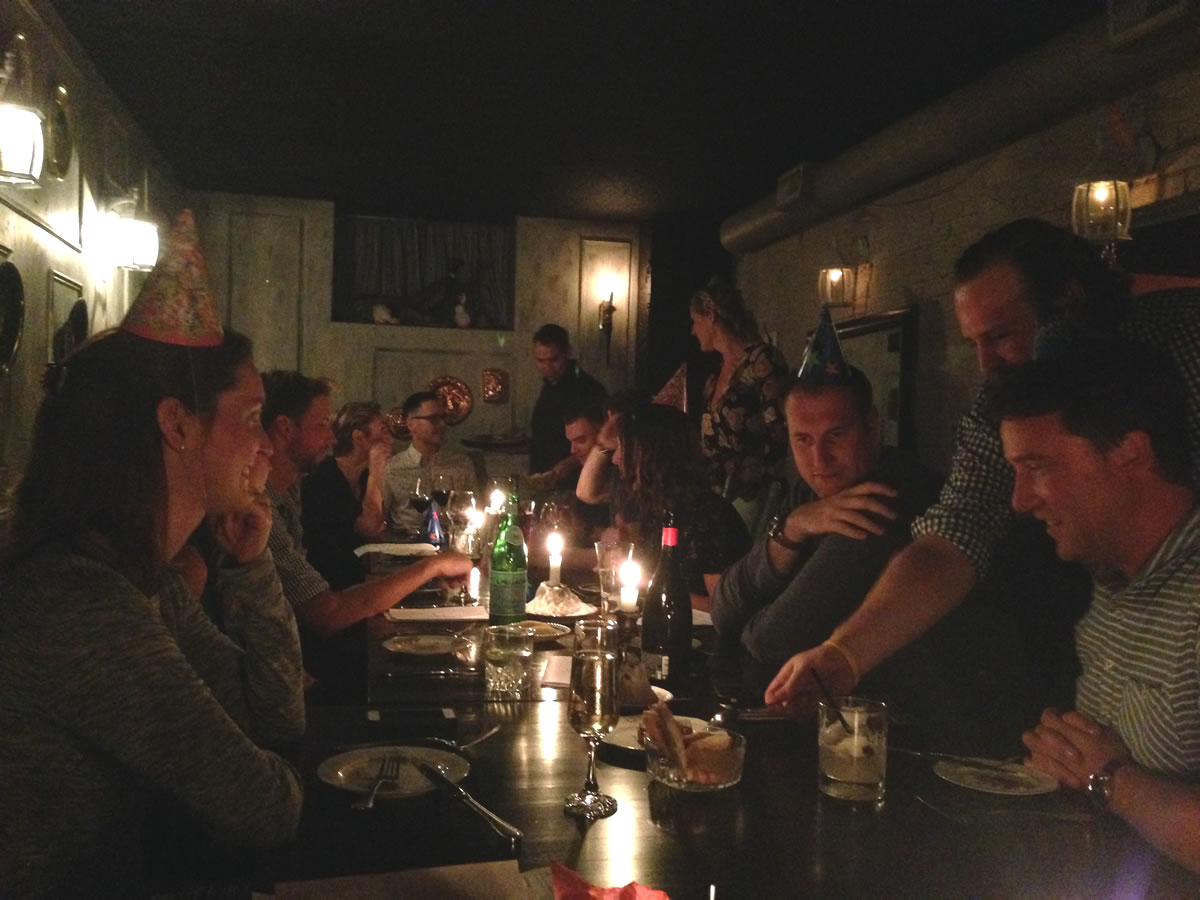 How to successfully eat your nine meals a day in Winnipeg

Previously unbeknownst to me, there are not three, but rather nine meals that one can consume in one day.

Wikipedia recently taught me this (so it must be true!) in their decidedly British sounding Meal section, with the day’s eating going as follows: Breakfast, Second breakfast, Brunch, Elevenses, Lunch, Tea, Dinner, Supper and finally, Snack.

Now, I’ve certainly come close to this without knowing when hosting travel writers in the city, but I’ve never set it out on paper as to what would be the ideal nine meals you could eat in Winnipeg.

So, in the spirit of it all (and as an excellent excuse to give some recognition to restaurants we haven’t covered as much as we should on this website), here goes:

Breakfast – considering that this will be the first of nine meals for the day, timing is going to be of the essence, so getting in and out of breakfast in an expedient fashion is a must.

As regulars of Falafel Place (1101 Corydon Avenue) will tell you, no one is abler at taking your order, feeding you, billing you, then seeing you on your way quite like affable owner Ami Hassan. He’s a pro at prompt service #nocampers, as there is guaranteed to be people waiting for your table because the Falafel Breakfast ($12.75), which gets you two eggs, eight little falafel balls, hummus and tahini with a side of toast or pita, is all the creamy garlicky goodness you should be looking for to start that engine. (Plus, as you can see below, they’ve just celebrated 30 years in business! #congrats)


Second Breakfast – If you are not a hobbit, second breakfast might be a new concept. Wikipedia tells us it’s big in Bavaria, Poland and Hungary, and should be done around 10:30 a.m. featuring “coffee and pastries or some sausages.” In order to get that trifecta in one spot, let’s do Miss Browns (288 William Avenue), where we can get a sausage & egg roll on brioche ($6.50, and possibly the best breakfast… sorry second breakfast… sandwich in the city) along with a pastry from Sleepy Owl Bakery (also amazing) and a strong, silky flat white made by one of their baristas.

Brunch – I’m a firm believer that there is no better brunch than the dim sum brunch, and for me Northern Garden (6-33 University Crescent) is where it’s at for dim sum in Winnipeg (along with Noodle Express, of course). Get dim sum standards like shumai, har gow, BBQ pork buns, and some gai lan with oyster sauce (because you should at least be getting some greens in this meal mix) and you’ll do just fine.

Check out @global_winnipeg this evening (and tomorrow's morning show) where we sit down with @talricci and talk tea! #amsterdamtearoom #winnipegteacapital #globalnews


Elevensies – both the best meal name ever, and the toughest one to fit into your morning routine. Wikipedia tells us this can also be referred to as “morning tea” and “a short break taken at around 11 a.m. to consume a drink or snack of some sort.” With that in mind, there ain’t no tea party like The Amsterdam Tea Room‘s tea parties. This new place in the Exchange (211 Bannatyne Avenue) is steeped in loose leaf tea options, its handsome walls are adorned with the work of Winnipeg artists, and the large focal point window is perfect for people watching as you sip away.

Lunch – for our second “proper” meal of the day I want to give a shout-out to Crème De L’Essence (#16 – 1833 Inkster Boulevard), a place that is flying under the radar for a lot of people all while garnering respect from certain chefs and restaurant workers I talk to. Chef RJ Urbano is making gorgeous, inventive food in this small cafe, reworking dishes that combine his Filipino roots with his French training. Just check out their Instagram account; it’s terribly exciting.


Tea – this takes us to mid-afternoon, and one can’t think of afternoon tea without images of slender sandwiches with the crusts cut off and perhaps some jams and crumpets. Ideally, you’d want this served in an aesthetically pleasing setting — one where you and your friends can discuss how the cordwainer has just crafted you some jaunty new brogues. High Tea Bakery (2103 Portage Ave) is the place for this; the room is charming and all their cakes, cookies, and creations are artfully adorned. Plus, they have arguably the best imperial cookies in town, they have a fine selection of organic teas, and they have a full “dainties” section on the menu. What more could you ask for during tea time?

Dinner – “the heavy main meal of the day,” says Wikipedia, which once referred to any large meal eaten during the day. Sticking with this large theme, I say we go big and French and throw in some panoramic views of the city at Promenade Café and Wine (130 C Provencher Boulevard). Promenade is the spot for updates on old-school classics — a place where you’d like to pat your belly (which you’ll have by now, this being meal number seven) after washing down your last bite with a gulp of pinot noir. Go with the confit de canard served with a berry gastrique, or the bison tourtière — which could be our city’s flagship dish. Or, if you go in the morning, which could still be dinner if it is big enough apparently, then do the smoked salmon eggs Benedict (I just had this this morning and it was so good; the lemony hollandaise and house-smoked salmon were ideal).

A perfect snack to welcome me back. #meatballs #keepitcloseco


Supper – If your body hasn’t shut down yet, you may still have room for supper, which we are told is, “not to be confused with supper-time, or dinner.” Wikipedia continues that, “Supper may refer to, on largely class-based distinctions, either a late-evening snack (working and middle class usage) or else to make a distinction between “supper” as an informal family meal (which would be eaten in the kitchen or family dining room) as opposed to “dinner”, a generally grander affair (either or both in terms of the meal and the courses within the meal itself), which would be eaten in the best dining room [my emphasis], could well have guests from outside the household, and for which there might be a dress code.”

(I tell you, this Wikipedia page on Meals is amazing. I now really need to meet someone with a second-best dinning room in their house so I can get invited over for dinner — which I hope would be served in the best dining room.)

Anyway, following those guidelines, here are two options: First, you could just walk a few blocks down Provencher to Le Garage Café (166 Provencher Blvd) where the late night menu presents the possibility of ordering an alliteration of poutine, pints and pickerel sticks (with the poutine in particular being one of the best in the city). Or, you could head to Close Company (256 Stafford Street), which has become for many one of the best new spots in the city. Close Co. is open until midnight, it’s tiny yet cozy, the service is impeccable, and the food that comes out of the tiny kitchen (which surely is the smallest in the city) is so well-executed. And note, they also do lunch and brunch now too.


Snack – If you haven’t yet died or exploded like Mr. Creosote in The Meaning of Life, you can move on to the finale, Snack.

Now it’s going to be late by this point — like past midnight — which is just fine as this city now has that part of the evening covered. Great, late night rooms now include Sous Sol (22-222 Osborne Street. Erik’s drinks are the best!) and The Roost (651 Corydon Avenue), both of which are open until 2 a.m., have really cool vibes, and above all, excellent cocktails and food.

As well, when I’m feeling snacky, my other go-to is SMITH at Inn at the Forks (75 Forks Market Road. Open until 1 a.m. on Friday and Saturday) for three main reasons: one, the room is gorgeous; two, I love the drinks — particularly the always updated takes on the negroni; and three, the pounded cheese (with garlic chips, cider vinegar, honey, chives and sourdough – $12) is one of the best drinking foods you can get — it’s salty, sweet and interactive.

Note: the lede image is a dinner party at Sous Sol (PCG)