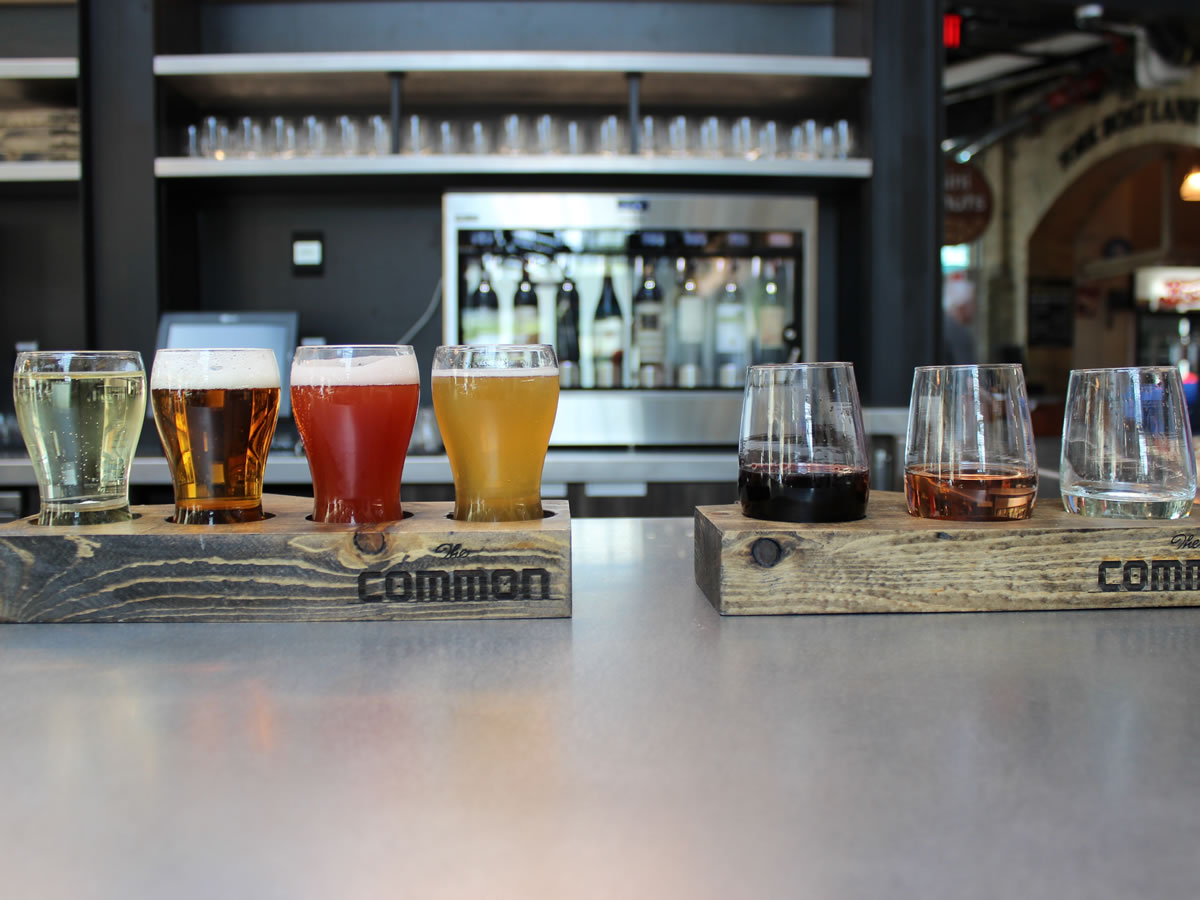 There is simply nothing else like The Common in Canada, the brand new (it just opened yesterday at 11 a.m.) reimagining of The Forks Market.

The whole first floor of the building now has a liquor licence, meaning you can shop and mingle around the market while sipping a Malbec from Mendoza, or perhaps a Bavarian Hefeweizen -- heck you can even do a flight of three wines or four beers served on Manitoba boards by Huron Woodwork.

A nicely curated selection of 20 wines and 20 beers on tap awaits, all coming from a chic new bar that is part of a $2.8 million renovation.

There are sexy new sturdy communal tables, and an overall design by Winnipeg's Number TEN Architectural Group (which was executed by Manshield Construction) that utilizes, "raw steel, hand-forged blacksmith work and natural wood detailing" which pays homage to the building's history, "as a place of turn-of-the-century industry" (more on that design concept from Number TEN's Erin Riediger here).

And peeps, I haven't even mentioned the hip staff who you'll find sporting locally made leather aprons from Winnipeg's Wilder Goods, nor the great selections on offer from the taps.

"The people at The Forks have been really great in allowing creative juices to flow," said Will Predhomme, the Toronto-based sommelier who was hired to develop The Common's drink program.

"They just said, 'be creative, live up to that goal of trying to enhance and expose Winnipeg to people.' And that is very rare [in my business]. It's often that you have to work with a certain supplier, or with certain beers, or whatever it is, because there is monetary incentive."

"But here, we've just put our best foot forward to try to lead the pack creatively. So that's been the most exciting part," continued Predhomme. 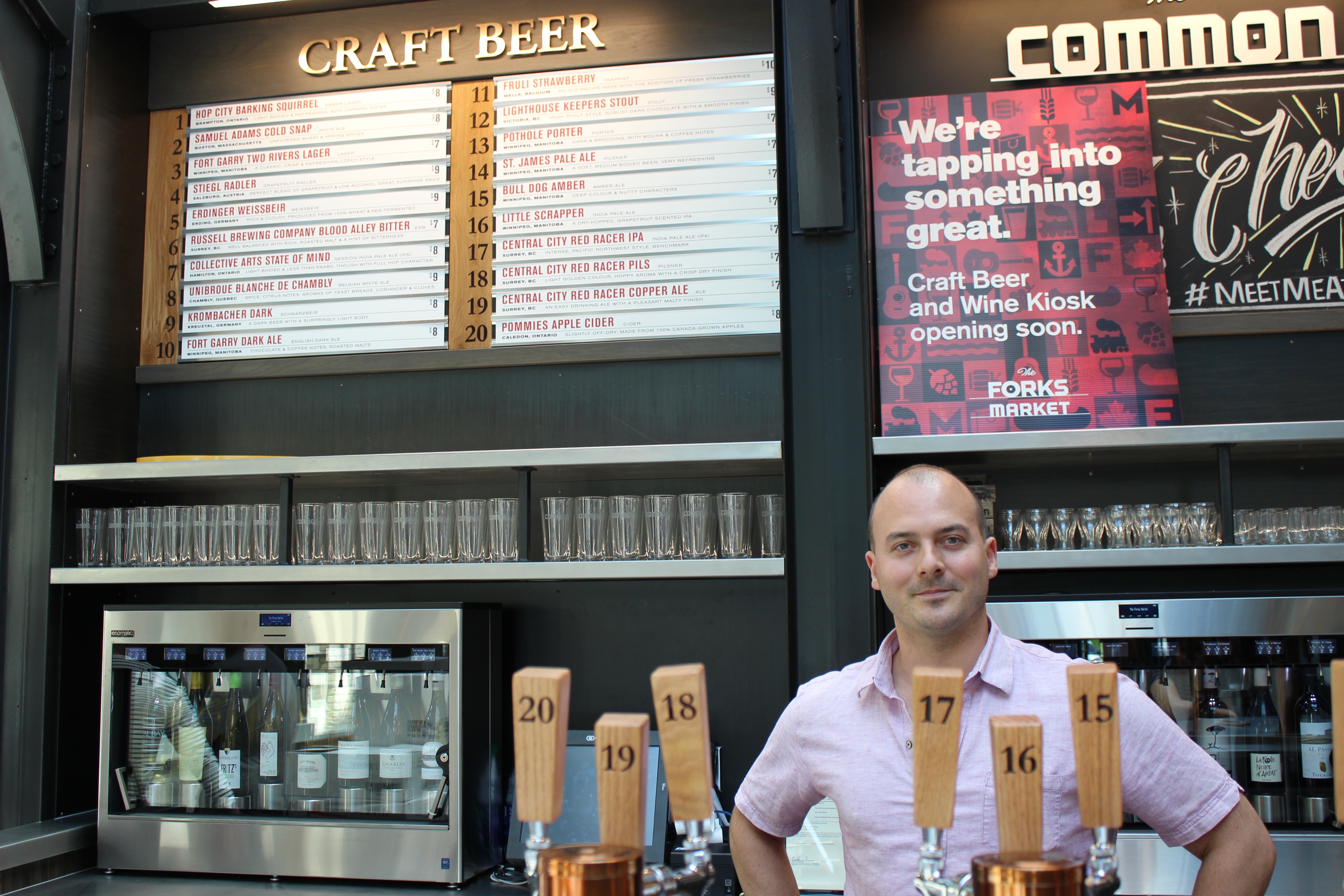 The resulting options are a mix from both artisanal Canadian producers, to larger global players, all of which you can also find in Winnipeg boutique wine and beer stores.

For starters on wine, you have some cheaper and cheerful selections, like a Farnese Faniniti Primitivo ($10) and Red Roster Pinot Gris (a bargain at $9 -- all glasses are 6 oz outside of flights), to more massive numbers like a Barolo from Fontanafredda Serralunga D'Alba ($25) and a pricey cab sauv from Cliff Lede.

There's even wine by former Winnipeg family the Tolaini's, whose Tolaini Estate Al Passo Sangiovese/Merlot is available for $16, and Ontario's Leaning Post Lowry Vineyard Pinot Noir, the winemakers of which -- Ilya and Nadia Senchuk -- are both originally from Winnipeg too.

The wine selection includes bold choices like the (PCG)

"I did my best to source wines with a Manitoban, Canadian, and Winnipeg connection... And we wanted to highlight the fact that these wines [we are offering] come from Winnipeg-owned wine stores," said Predhomme.

"Deluca's, La Boutique del Vino, Banville and Jones, and Kenaston [Wine Market] have been really, really helpful. We called them up and said, 'hey guys, we have this project -- what represents you the most? What do you want to see on this board that you are proud of, that people can then come and get at your store.'" 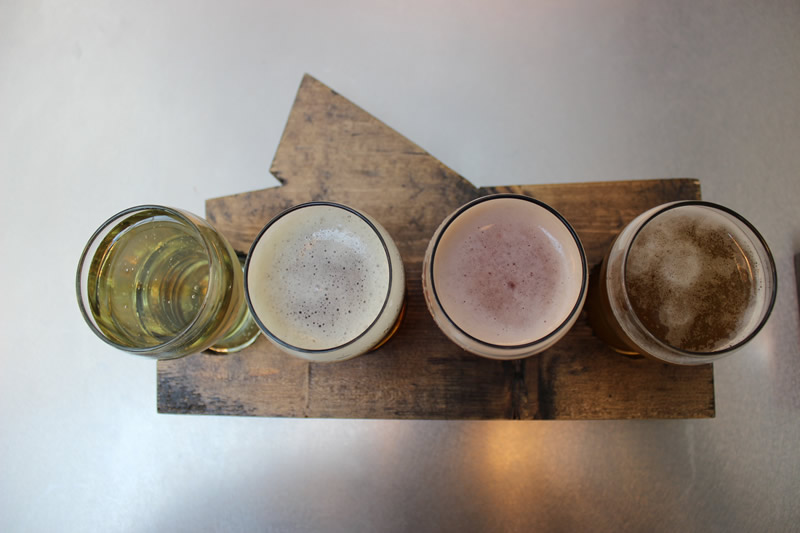 On the beer side of things Predhomme is offering options from across the globe, while also looking to harness Winnipeg's burgeoning beer scene, citing the two craft breweries currently operating here -- those being Half Pints and Fort Garry, who both have taps in The Common -- along with others that are slated to open soon, those being PEG Beer Co (whose restaurant is open), Torque Brewing, Barn Hammer Brewing Company, One Great City Brewing Co., and Nonsuch Brewing Co., some of whom could perhaps be served here in the future.

"We know there is going to be more craft brewing here, so we are excited for that, and we want to be an outlet for those new breweries," said Predhomme.

"There's four million people that come through here a year, so we want it to continue to be an even better showcase in which to experience Winnipeg."

There's new food kiosks too, with two now up and running. 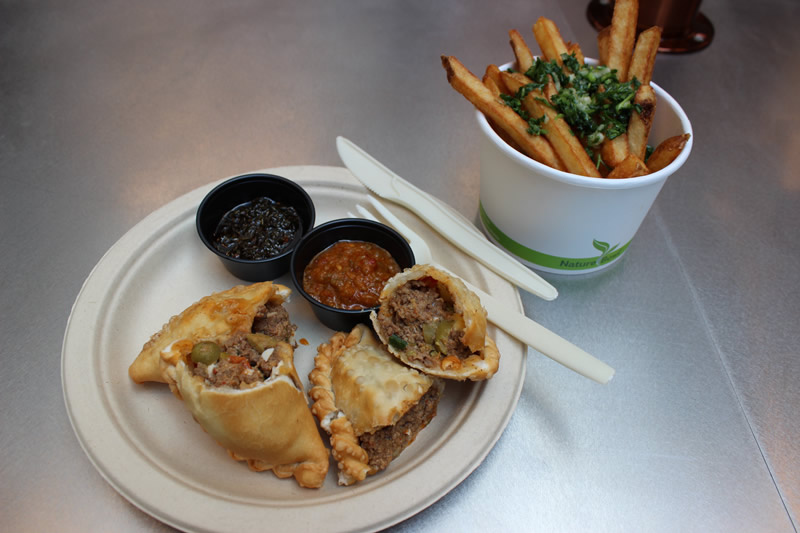 Locals will love seeing the return of Argentinian empanadas from Simon's Cuisine, whose former location on St. Mary's Road was a neighbourhood gem. Owner José Sturym, who originally moved to Winnipeg from Tucuman, Argentina back in 2003, is now up and running in The Common hand-pinching crispy, pillowy, pockets of deliciousness filled with beef, chicken, or spinach and ricotta.

My recommendation is to get the spicy beef ($3.70) and pair it with a glass of La Folle Noire d'Ambat ($9), a big, funky, naturally produced French wine that has notes of charcoal and hedgehog mushrooms that will stand right up to that meaty filling.

Simon's is also doing really well-executed fries (the size of which are in-between a regular restaurant fry cutter and the huge fries you'd find at a Kenora chip truck) that you can get with a chunky chimichurri for $3.70. Paella is also on the menu ($12.50), along with Milanesa sandwiches ($8.50) a pretty banging Argentinian-style onion fritada ($7.50), and more.

The other new food kiosk is Fusian Sushi, from the same people behind Academy Road's Fusian Experience, one of the few restaurant's to receive a 5-star review from former Winnipeg Free Press food critic Marion Warhaft in recent years. 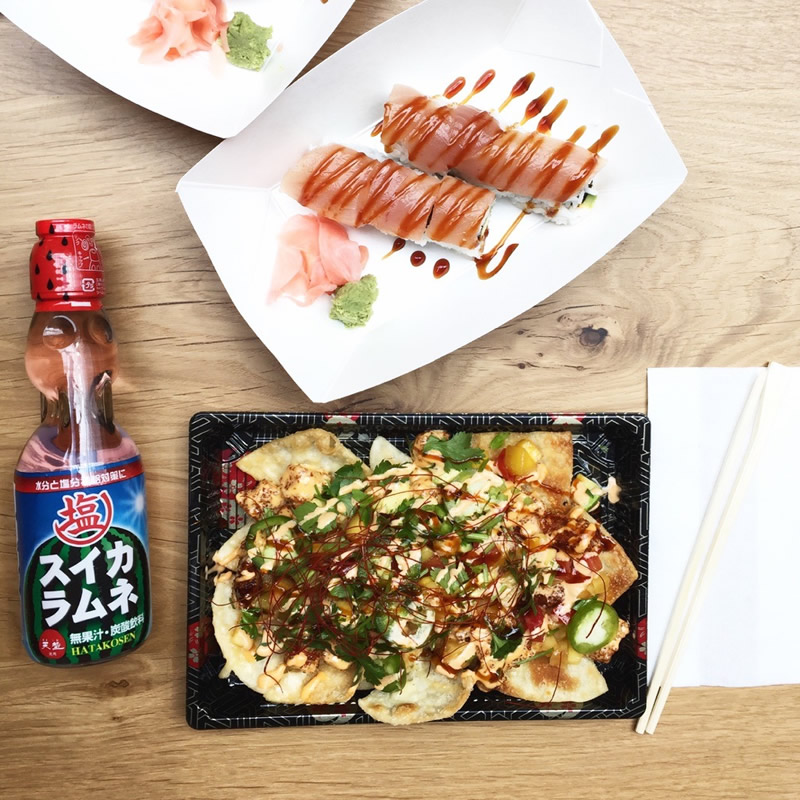 Fusian is bringing quite a number of their umami-forward creations from the original location, including those killer Hawaiian shrimp nachos and a selection of nigiri and rolls. It all pairs well with a glass of Benjamin Bridge Tidal Bay wine from Wolfville, Nova Scotia -- a white blend that was tailored to accompany briny oysters with its sour green apple finish and effervescent mouthfeel.

(Or, if you don't want to sound like a pretentious fop like me using words like "effervescent mouthfeel," you could just get a pilsner from Surrey B.C.'s Central City that would work well with some sushi nachos. But, I'd also like to steer you towards Pommies Apple Cider from Caledon, Ontario, which is another great pick on tap.)

Three more food kiosks will be revealed shortly, adding more to this already great space that surely is going to get even busier than normal. 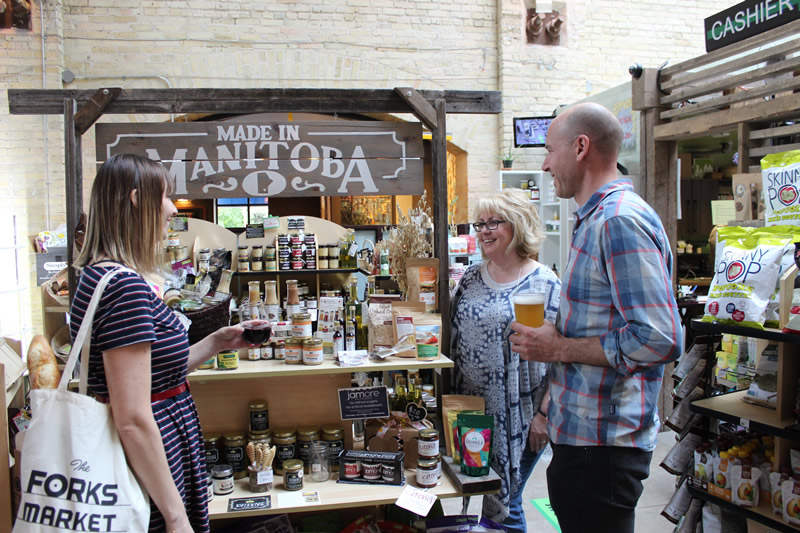 "What will be interesting is we've just opened on what is the start of our busiest time of the year," said Chelsea Thompson, manager, marketing and communications for The Forks. "We have a major festival happening every weekend and then Canada Day, and then of course July and August is all summer holidays, so it's an interesting time to test it out."

"We want people to know that this [The Common] is all meant to be an accompaniment to your meal... we'll always be maintaining that family friendly atmosphere."

And the best part, the more success this space sees, the better The Forks is going to get.

"All the proceeds from the craft beer and wine kiosk are going back into the building," said Thompson. "This has always been about keeping the building, and maintaining the building and reinvesting in ourselves here in The Forks Market."