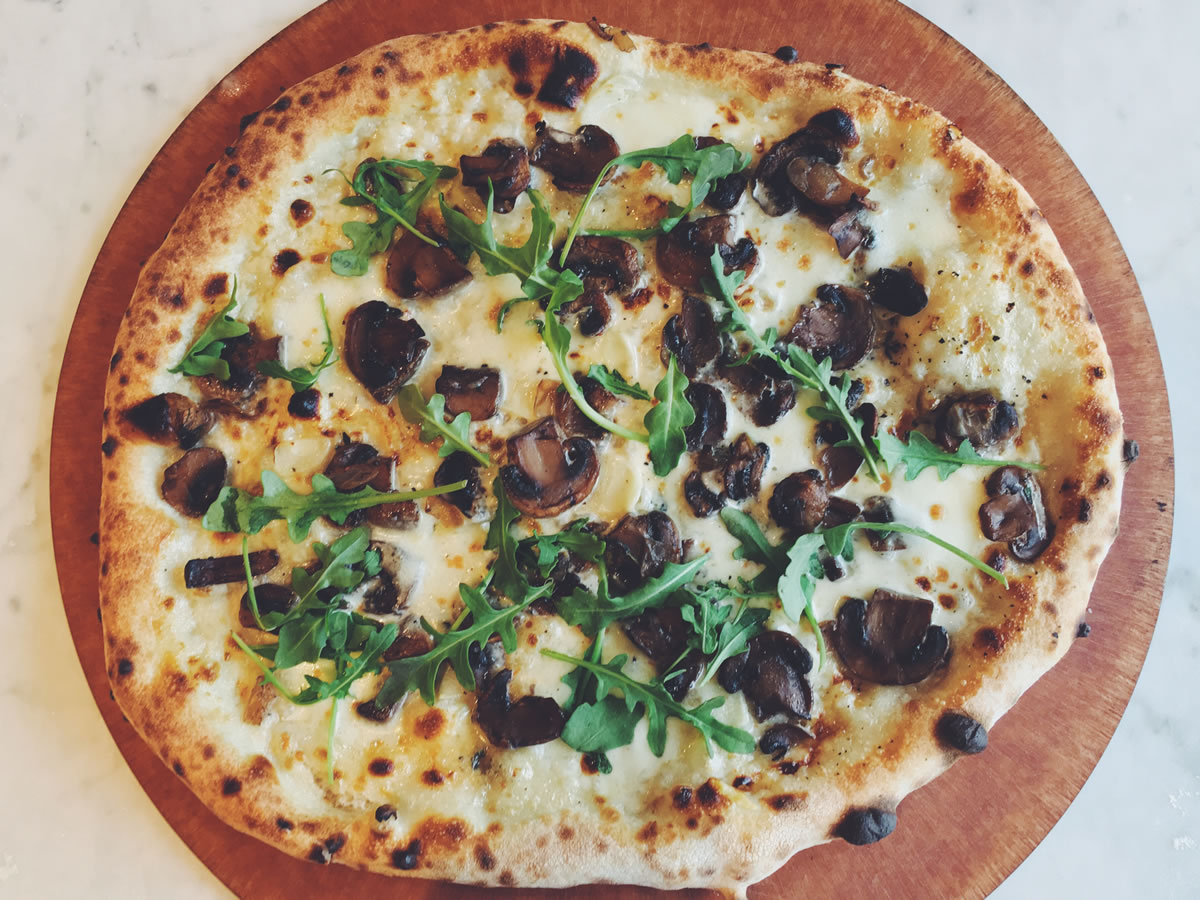 Waiting for a table can be the worst, but at Vera Pizzeria e Bevande (670 Osborne) it is more like good theatre.

You may be seated at a small bench while occasionally having to move your knees for people to pass by to put their name down at the host stand, but that won't matter when you are looking into the open kitchen as cool looking chefs like Kelsea Cassell, Mathew Ramsay and Sean Davids push out dough and turn out chewy, nicely charred Neapolitan style pizzas while the smell of basil and glorious meatballs stewing in San Marzano sauce fill the air.

Plus, you'll be watching all of this with a glass of wine or a cold beer in hand -- which front of the house peeps like Chris Cabildo will be quick to get you. In fact, any one of the staff may get you a drink, or leave the line to serve your food, answer the phone, or clear a table and do some dishes all in the tiny open kitchen. 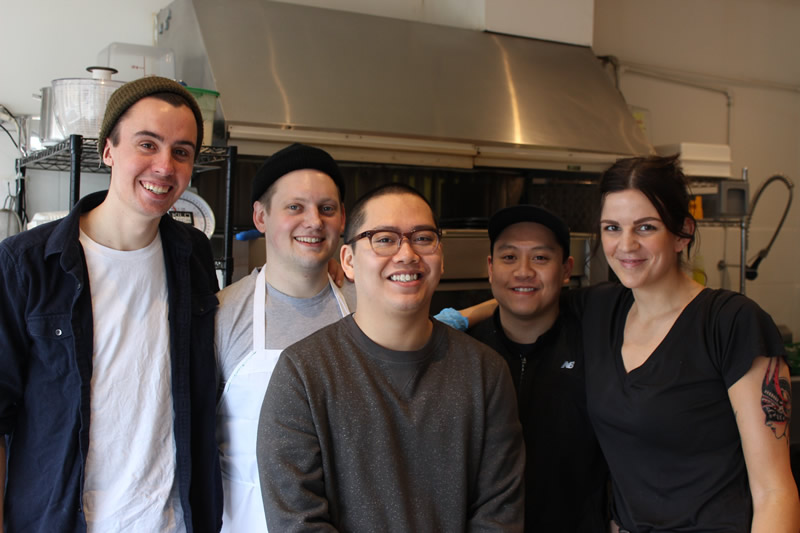 "This is very intentional. And luckily, due to the size of the space, it works," said owner Terik Cabildo about Vera's unorthodox setup.

"There is no [designated] dishwasher, we do everything ourselves including the servers, while the cooks also buss tables and do takeout food orders. It's a democracy in that way; tips are pooled and split evenly, the only person who doesn't take tips is me," said Terik.

If you were to ever work a restaurant job, this is the restaurant you'd want to work in, which says a lot because restaurant work -- be it back or front of the house, often sucks.

I was there with a table of six last Friday, which included two kids below the age of 5, and when we left the four of us adults all said that if we were ever to work in a restaurant again -- which we all had for at least five years in our 20s -- that this would be the place.

Terik was a restaurant kid growing up -- his parents ran Lee’s Village Restaurant in Neepawa and now have a restaurant called the Kopper Kettle in Morden. But it was his time spent in Vancouver and Victoria that fostered Vera. 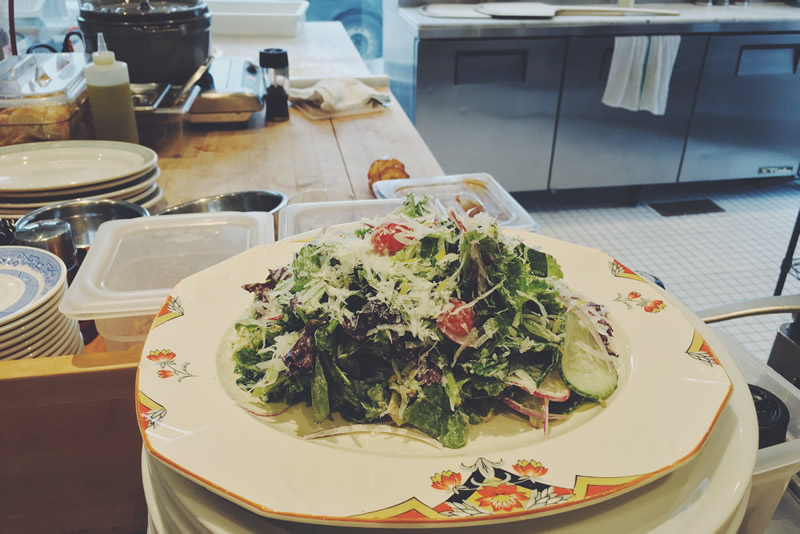 In Van he attended the Pacific Institute of Culinary Arts then went on to Victoria to work for nearly a year at Prima Strada Pizzeria.

(For a little context of how good Prima Strada is, when I was working at Vancouver Magazine in 2010, one of the writers was doing an article on Vancouver's best pizza. He asked celebrity chef Rob Feenie what the best pizza in Van was and he replied, "Prima Strada in Victoria").

On working on the west coast Terik said, "It helps gives you context to your city — and if you don’t travel, you won’t have that. I won’t say one is better than the other; there are so many gems in Winnipeg, but you won’t know that until you go somewhere else."

He went on to cite gems that he loves in Winnipeg like Kimbaek (193 Isabel Street) and Phuong Nam (883 William Avenue) -- while noting though, that the imprint of Victoria's Strada is all over Vera's menu. 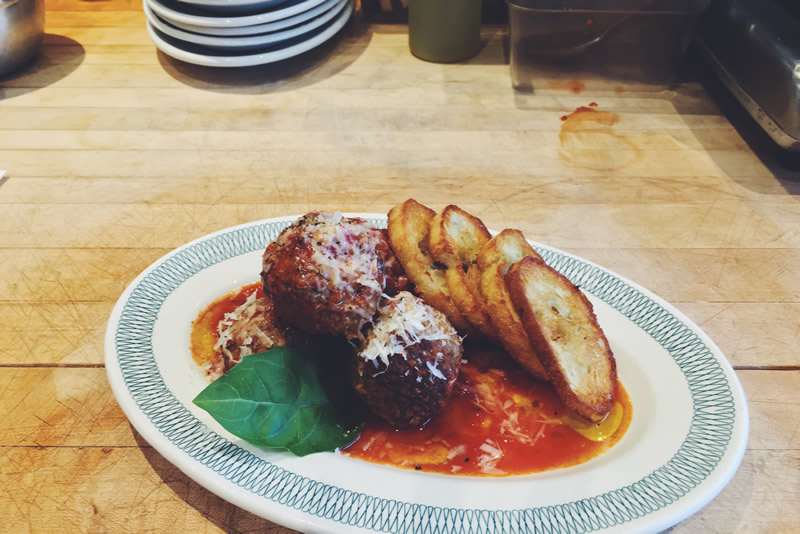 For starters there is the insanely good meatballs (polpette al forno $10), which is an update on Strada's recipe using some of Manitoba's best meats.

It's a 50/50 pork-beef mix, the pork being Berkshire from Zinn Farms. It's well-seasoned and spiced with fennel seed, chili flakes, garlic, paprika, and cayenne, then seared and braised in a simple sauce of San Marzano tomatoes, red wine vinegar, and basil. (Later in the night they get even better as the sauce reduces).

Another study in making simple food sing through seasoning is their salad ($7), which features thinly sliced cucumbers, red onion and cherry tomatoes dressed in a slightly creamy vinaigrette with a big smattering of shaved parm. Based on this number alone the Vera's staff could be giving some chefs a class on how to elevate greens simply by using salt.

As to the pizzas ($11-$16), there are nine ones to choose from, along with a special or two, like the funghi pictured at the top of the article. The dough is blistered on the crust yet still has a nice chew, while they all feature just a couple ingredients -- including house made fennel sausage and ricotta.

The all-Italian wine list is a nice compliment with its tasting notes and no bottle being over $42, but I stuck with Czechvar beer, as pilsner and pizza is like beets and balsamic -- it rhymes for a reason. 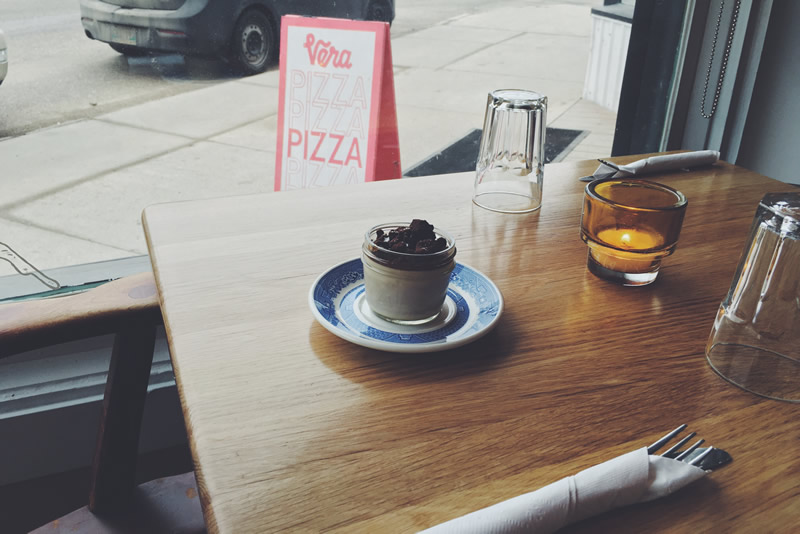 To finish, you have to have one of pastry chef Kelsea Cassell's panna cottas (she also did her culinary training in Vancouver, but at the Art Institute) which are a take on Mission Chinese's recipe. Our table downed both a lemon and a chocolate crumble version with Maldon sea salt flakes (both $5); they were so good that you got that "ah-ha moment," with my only complaint being that our two-and-half-year-old dining companion managed to put her face into the jar to lick out the bottom before I could. (Next time I call dibs, Poppy!)

With just 20 seats in the restaurant along with 12 on the patio, you are bound to do a little waiting for tables if you don't get there right when they open (but like I said, it's a treat just to watch the staff in action). The food comes out really fast -- and they only have an oven and one induction burner in the kitchen, there's not even a walk-in cooler. In fact, Vera is such a model in efficiency that staff does not arrive to prep for service until 3 p.m. -- and they open at 5!

Terik jokes that he almost feels shame for only having to do eight hour days -- when many other chef friends are grinding out 14 hours filled with prep between services.

"I sometimes feel a bit lame -- or I suppose lucky .. that I'm not always working," said Terik.

"And I sometimes feel bad about that, but it's, it's nice to enjoy life."