If you don't like sitting at a bar top watching someone shuck oysters, eating excellent seafood, and sipping away on a chill white wine or beer, well this article might not be for you.

Actually, maybe you should read on anyway, because even though shellfish and seafood are the big draw at the brand new DT Urban Kitchen+Oyster Bar (grand opening is this evening), they also have a selection of dishes from the land.

DT UK+OB (not the official shortened version, but sounds snazzy doesn't it?) is the latest concept from WOW! Hospitality -- and it's a real keeper. Located in the space that formerly housed Lobby on York, then 295 York (which is the address, obviously), the space has been redesigned and made a bit more casual with a pièce de résistance raw bar that will be helmed by executive chef Jesse Friesen (pictured at top). 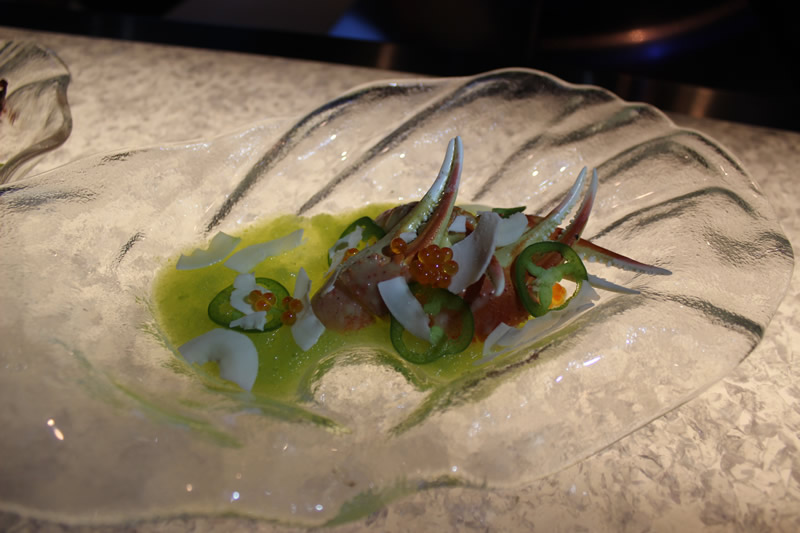 Friesen can cook, something I was made immediately aware of last year as one of the judges at the Winnipeg leg of Gold Medal Plates. He took silver (only losing out by 3 percentage points to Norm Pastorin who is competing at the Canadian Culinary Championships right now) with a stellar cured Bay of Fundy scallop dish with chili oil, a fried oyster and whitefish caviar. The dish took you from the middle of the continent and brought you oceanside; it was super clean, highlighting the natural flavour of the shellfish while having it play with elements of spice, sweetness and acidity.

The reason I bring up that dish is it's indicative of the exclusive raw bar menu that Friesen has created that you can only get by sitting at one of 26 seats (which is sectioned off from the rest of the restaurant and lounge).

Case in point is a dish of chilled snow crab claws ($22, sample size portion pictured above - i.e. we already ate some claws) where crab is merely brushed with butter before being placed on a bed of cucumber gazpacho with some jalapeño, coconut and fish roe.

It's a very light and bright dish where the crab isn't fussed with, but rather paired harmoniously with flavours of heat/sour/sweet. The texture of the nearly ice-cold cucumber gazpacho is almost like a gelato while the colour -- which is accented by being served on a glass plate that allows under-lighting from the translucent bar (a feature on all the raw bar plates) -- is pretty groovy. 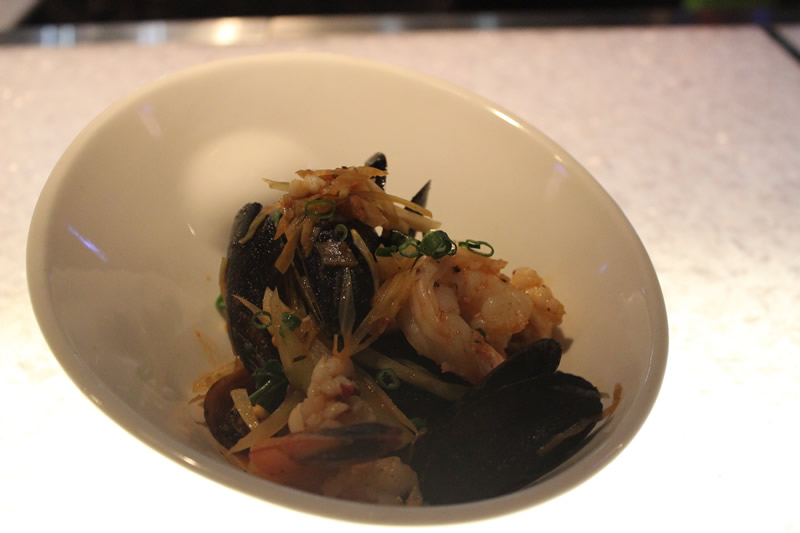 Another standout is the Cajun Hot Pot, which is also made before your eyes at the oyster bar (there are two induction burners on the bar while twin TV screens above the show what the chefs are making below). It's a peppery medley of lobster, prawns and mussels in a broth of wine, fennel, tarragon and "spicy bayou butter sauce" that you'll want to put your face right into during these winter months.

For raw selections, there are seasonal oysters from the east and west coast at $3 each, or 3 for $8, while there is also a yellowfin tuna crudo ($18) that utilizes Old Sour for a briny acid component, along with crispy plantains for texture and more thinly sliced jalapeño for kick. 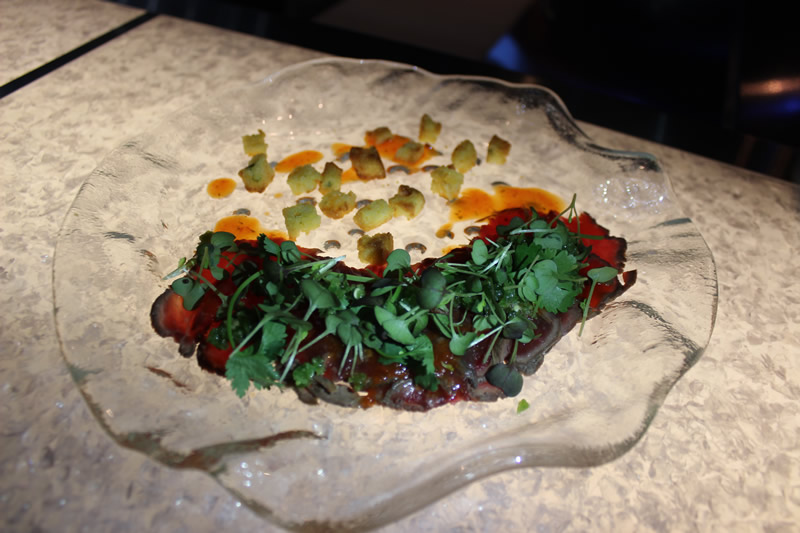 There's also a daily tartar feature (m.p.), a prawn cocktail ($22) -- the prawns poached until just firm then studded with bits of pickled celery accompanied by a house-preserved horseradish, and a beef carpaccio ($16) that is livened with chili relish and served with cornbread croutons, cilantro, and peppery daikon sprouts.

The very savoury "Big Moe's oysters Rockafella" lives up to its gluttonous title by featuring smoked gouda, cubes of pork belly, creamed arugula and breadcrumbs that gets cooked in small oven right on the bar.

The raw bar chefs are casually dressed, simply sporting an apron and flannel shirt that WOW! Hospitality president and CEO Doug Stephen joked it would take some time getting used to. He also jested that since chef Friesen took the helm on this project, if it were to flounder Friesen would be on the hook (my words; because you all love a pun). 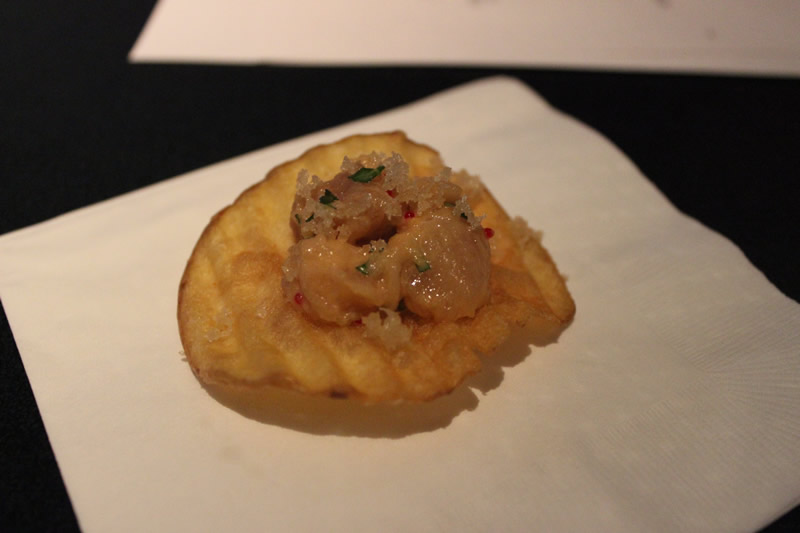 But judging by everyone's reactions last night to the excellent food and fun raw bar atmosphere, I'd wager that these two dozen or so seats are going to become some of the most coveted ones downtown -- especially right after work or before/after any sort of event at the MTS Centre or RBC Convention Centre.

There's a full menu too that you can find here that services the whole restaurant. It includes a gluten-free section featuring a bar snack I loved -- that being Canadian albacore tuna tartare with avocado, spicy mayo, tobiko and cilantro severed on a potato chip. I would eat a hundred of these after a Jets game and wash it all down with a cold beer.