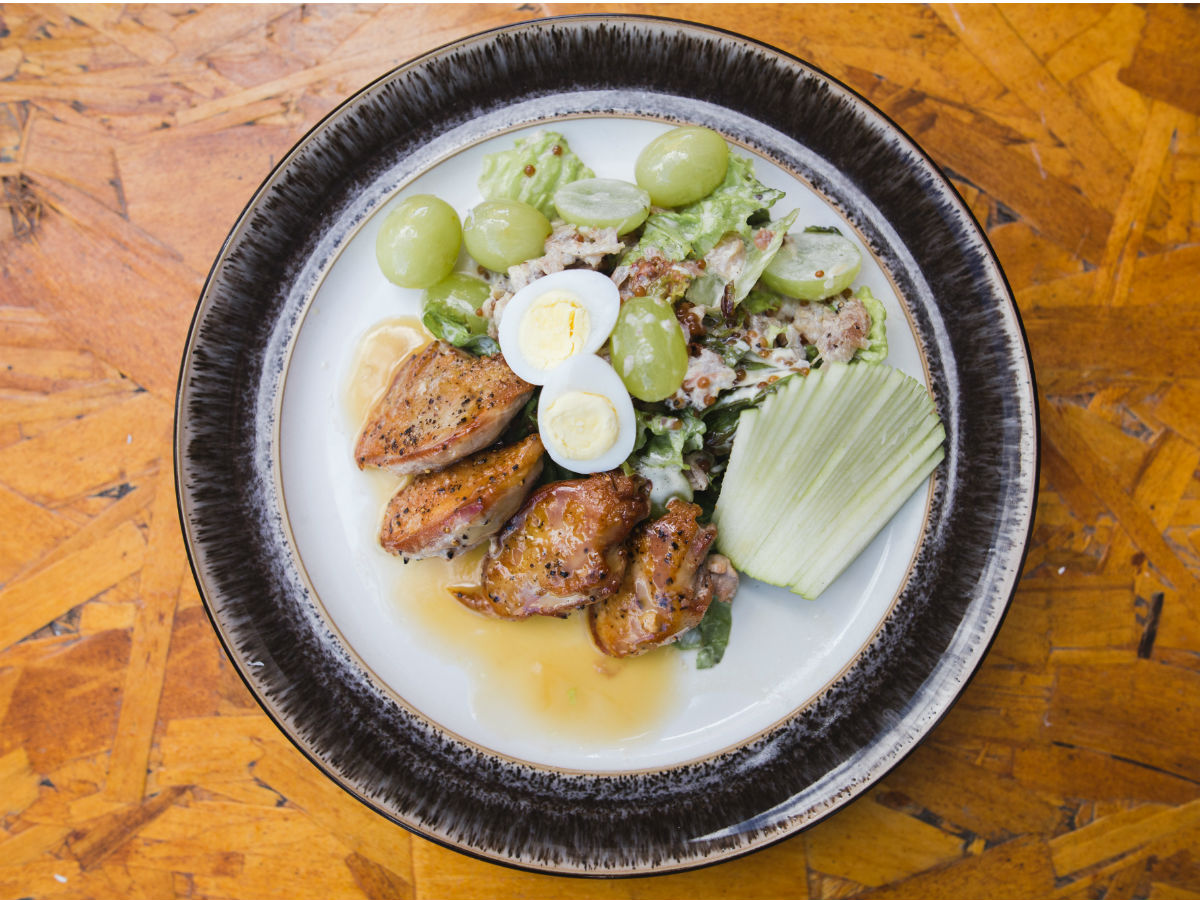 New & Notable: The Roost will have you cooing for cocktails (and food)

Up a narrow flight of stairs off Corydon Avenue, perched above Beautifeye Lashes beauty salon, is where you'll find Winnipeg's newest cocktail and small plates bar.

Although The Roost Social House (651 Corydon Avenue) has been open for just over two months, you'll already find regulars nesting over craft cocktails and tapas in this charming little room (it holds only 18 people; 50 in the summer when the rooftop patio is open).

It's owned and operated by four young peeps, that being Ike Hedenstierna and Caiden Bircham (both 22 years old and majority holders), along with mixologist Elsa Taylor (21) and chef Sean Bernard (28). (There are two silent partners too).

Heidnsierna's background includes working at Moxies and The Keg while Caiden previously spent five years serving at Terrace in the Park and doing special events at the Winter Club. Both were in business school at the U of M but dropped out after deciding to make a go in this location. 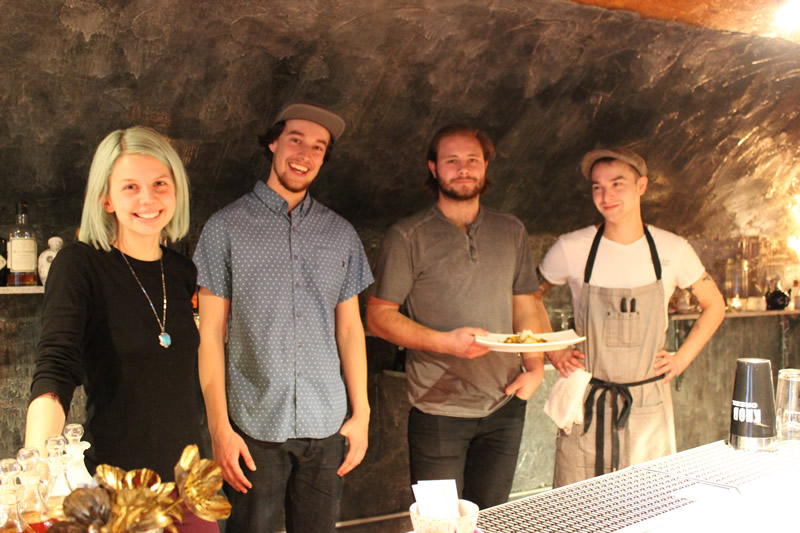 "One night we were at the High and Lonesome Club and we thought, 'this is cool, there are only three or four people running it -- let's do something like this,' said Bircham.

"We were in the industry, we had the experience but didn't like working for people so we just wanted to do it ourselves. So the next day we checked Kijiji and started driving around and eventually we found this space and we went from there."

The space is a quaint 110-year-old apartment that they renovated themselves -- Hedenstierna's background also includes Good Guys Carpentry, while he and Bircham watched a lot of DIY videos on YouTube.

It took a year and a half to get all the permits and bring the whole space together. The original room was gutted leaving only the hardwood floors and ceiling, with the hardwoods that they removed to make the bar now being used on an accent wall and on the bathroom ceiling. The bar, which they painstakingly carried up and placed together, is four-inch thick granite, weighing over 2000 lbs., while the lighting is warm and cozy.

Considering their lack of design experience, these folks have done a bang-up job creating an inviting establishment where one could easily spend some hours pecking away at the share plates while sipping drinks. 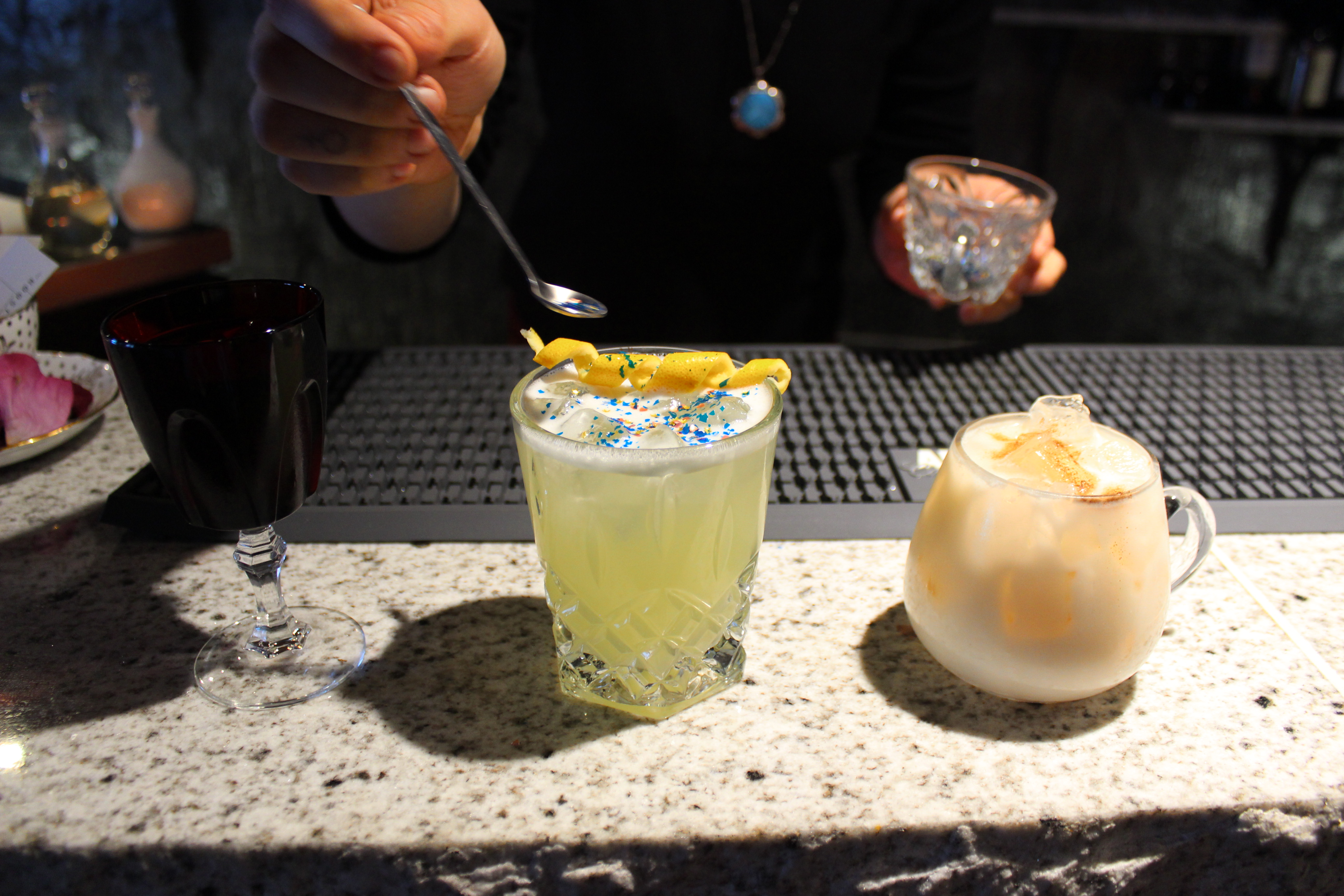 Taylor's charming drinks menu -- it features items like The Everything Nice and The Coffee and a Smoke -- is reasonably priced at $9 for 2 oz. numbers. They also do daily specials which they advertised on their Instagram account, which is already blowing up with over 18 hundred followers.

She first walked me through the best seller, The Favourite Sweater, which patrons have accurately described as "Christmas in a cup." It contains vodka, vanilla bean syrup, Cream of Earl Grey (from David's Tea), coconut milk, cinnamon and cloves.

Next was The Canary which has gin, cointreau, vanilla bean syrup, a whole orange and an egg white, followed by The Devil's Daughter, which features brandy, Chartreuse, creme de cassis, and house-marinated cranberries. 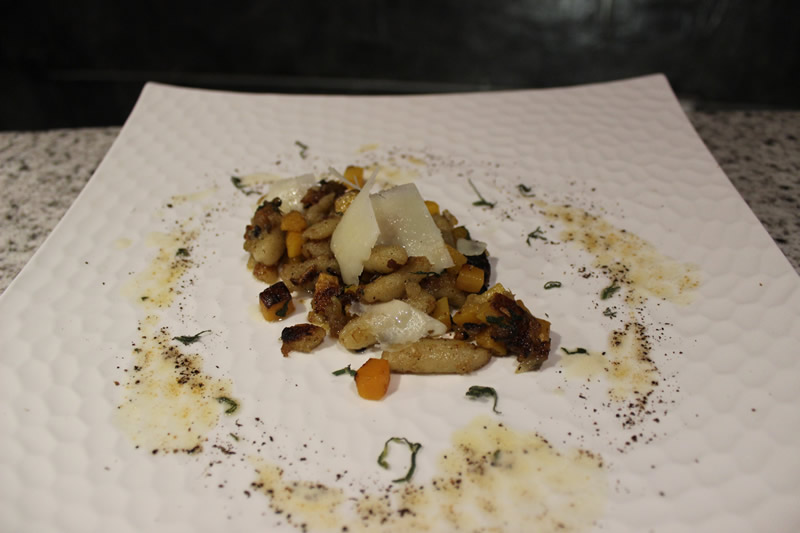 All three were solid, featuring a balance of sweetness and acidity with an overall wintery tone, while they also have wine and beer for people looking to have something more approachable to pair with chef Bernard's tight menu.

Bernard, who worked at In Ferno's Bistro in Saint Boniface for three years before moving to London, England, describes the menu as inventive, higher-end bar food, which is a pretty good assessment as it features proteins like rabbit, beef tongue and bone marrow along with more common fare like a brown butter gnocchi and mushroom and ricotta ravioli.

A standout dish is the Kentucky Fried Rabbit, the treatment of which involves a 10-hour confit before being formed into a croquette. Its richness is offset with a pretty amazing coconut-cilantro sambal (which you could seriously put on anything, especially a battered fish taco) along with a Sriracha maple syrup. 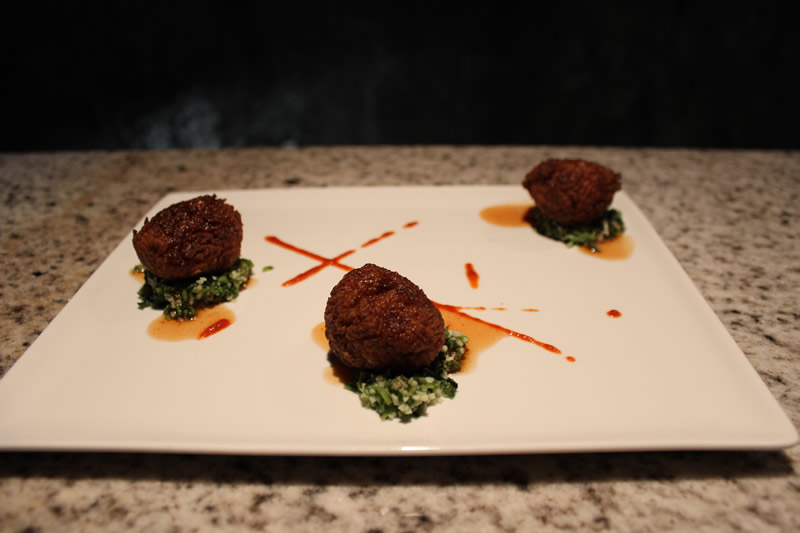 The other two dishes I tried were the gnocchi and the pumpkin-stuffed phyllo, both of which are ripe for the winter season and vegetarian (which is great for you regular readers who have noticed how meat-centric November was).

The gnocchi is a no-nonsense classic, framed by sage brown butter and pecorino, while the gnocchi itself is well-crafted, with a crispy crust and pillowy centre. 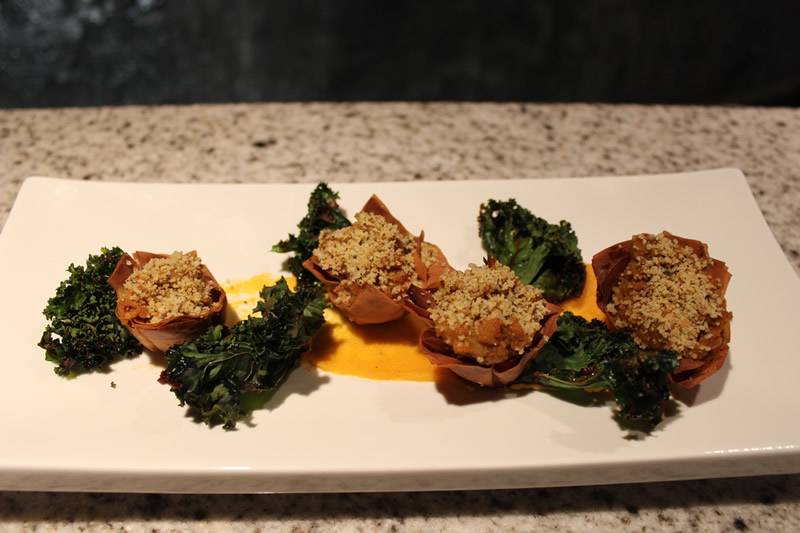 The phyllo dish contains a well-seasoned, creamy pumpkin puree topped with toasted panko, along with a smattering of kale chips.

I have to tip my hat to Bernard for utilizing what has to be one of Winnipeg's smallest kitchens to such fine effect. Just check out this final shot, which I took with my back pretty much against the wall. 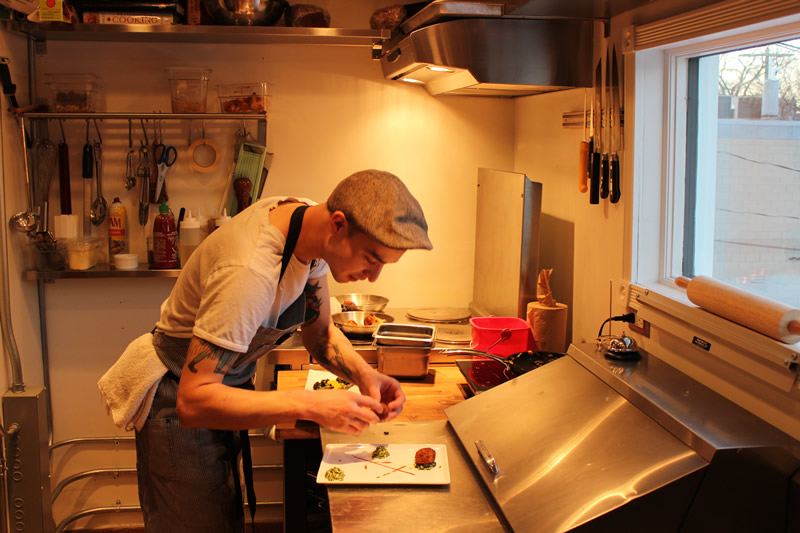 I can't think of another Winnipeg restaurant that is this small, yet doesn't make you feel cooped up. The vibe is chill, the music is good, and this foursome is ambitious without being anywhere near pretentious over what a cool space they've managed to create.

Go find it amongst the trees of Corydon.