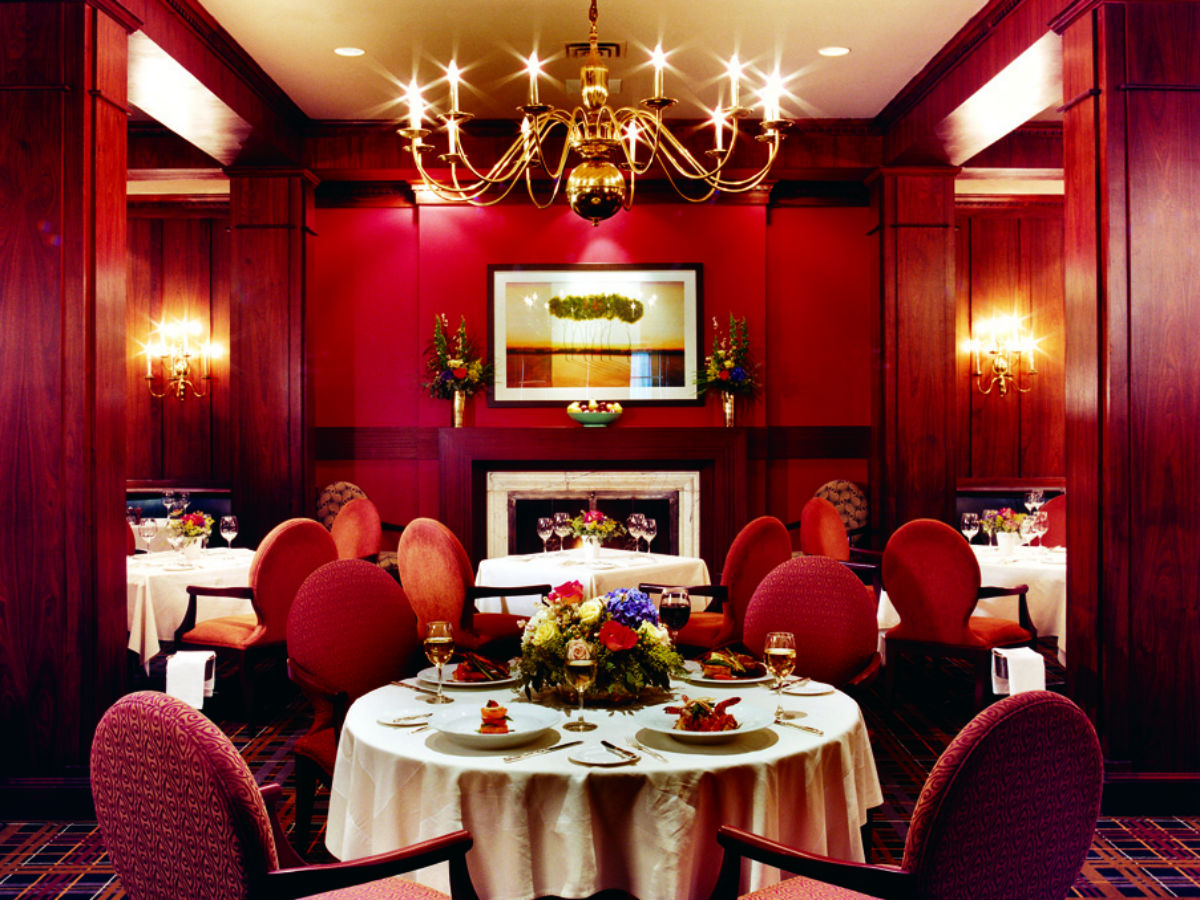 I've never been one to pull out my phone to take pictures of food at restaurants, but you can't help it with chef Eraj Jayawickreme's work at the Fairmont Winnipeg's VG Restaurant.

Every time I've met Jayawickreme, or chef "E" as he is more commonly known, I've found him to be extremely affable, while every time I've witnessed one of his plates, I've remarked at how ambitious they are.

A few weeks back during Gold Medal Plates Winnipeg he presented us with a dish that featured a burning branch of red cedar (which he blowtorched tableside) that was draped around a host of local ingredients like bison, toasted barley, oyster mushrooms, and sourdough that had been turned into a green sponge. In early October I was at an Oktoberfest dinner -- where all the courses were paired with premium European beers -- where one of the dishes was a quail scotch egg, the delicate preparation of which was surely an arduous process.

My wife and I dined at VG last night where once again a full range was on display as dish after dish exploded with colour, texture and technique, with every component getting its own special treatment. 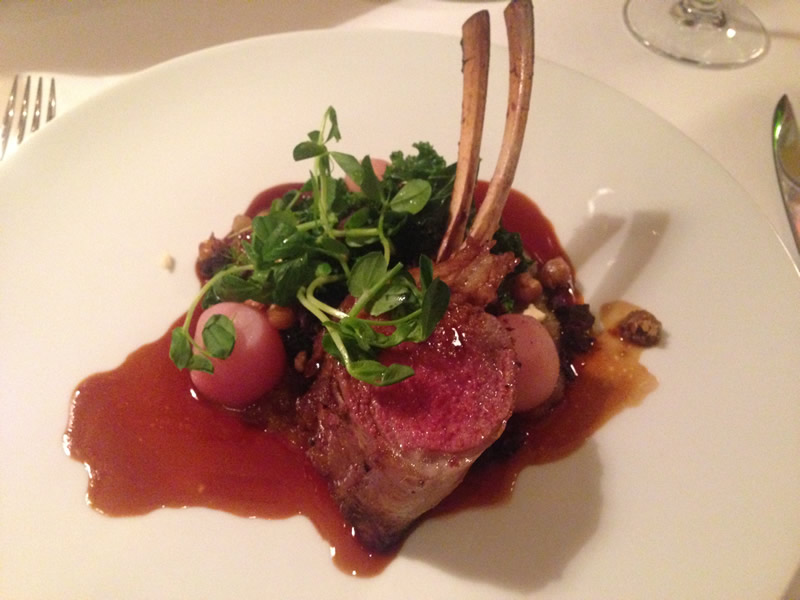 The rack of lamb with olive demi-glace (PCG)

One standout included rack of lamb for a main that was cooked to rosy, medium rare perfection surrounded by elements that, when all put on one fork, were completely harmonious. The sauce was a black olive demi-glace that was all about the umami (which should totally be a gastronomic hip hop song) which complemented the sweetness of the lamb along with some of the more bitter elements like the wilted kale and roasted radish. There were also two creamy ingredients -- that being oven-dried feta and a bed of smoked aubergine purée -- that rounded it all out. The eggplant in particular was luxurious, and just one of many treatments of vegetables during the dinner that was of note.

In fact, as chef E pointed out during our meal, all the vegetables that are currently being served at VG have been grown specifically for the restaurant. This past year, he met with several farmers and went through heritage seed catalogues with them, the harvest of which he has since pickled, puréed, and punctuated the menu with. 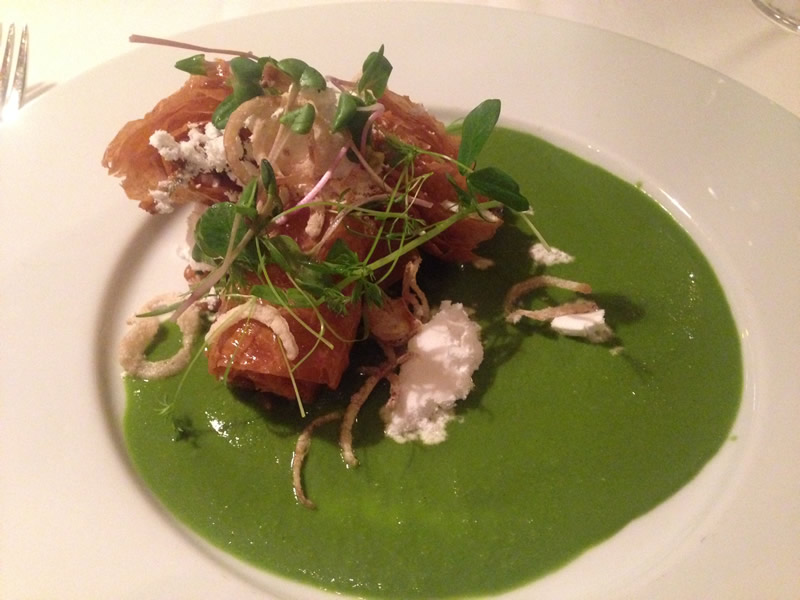 A starter dish of tender frog's-legs wrapped in kunafa phyllo (I've included a link to kunafa because I needed it too -- you're welcome) came surrounded by a moat of verdant "watercress coulis" and was perched atop some farro risotto with foie gras powder and crispy shallots.

The second course featured seared scallops floating on two more vibrant pools of green -- a pea purée that was nice and light, and a broccoli velouté that asserted how broccoli and butter belong together. The scallops were seared nicely, still semi-translucent in the middle, while the broccoli -- done two ways, really shined with the grilled florets adding a char flavour to the otherwise delicate dish. (Charred greens have been all the rage these days, and for very good reason... see crispy kale or barbecued green beans for reference). There was also a small panko-crusted croquette of salt cod for added texture and saltiness. 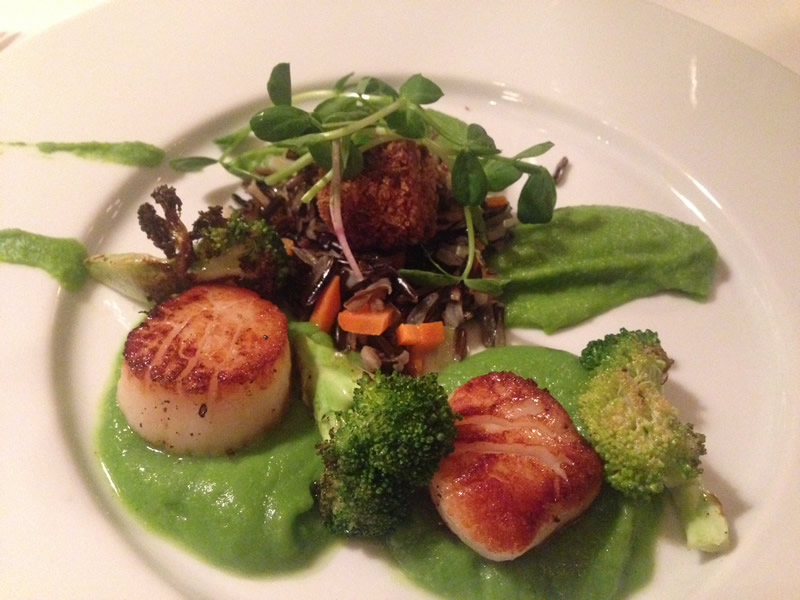 Our favourite dishes though were the desserts, which were as gorgeous as they were delectable.

If I were to describe my "strawberries & cream" (pictured at top of the article) in a pedestrian fashion, I would have to say it was the best-ever strawberry fruit roll-up. Of course, that would not be doing it justice at all.

For starters, the texture of the the strawberry roll was out of this world; it had a toothiness that I did not expect and was topped with a rhubarb gel that further provided a chewy element. This log was filled with a sweet, fluffy cream and was laid upon a raw chia seed pudding that was a very clever nod to the tapioca variety. It also had a smattering of sponge toffee that, when you had all the elements on one spoon, made for a rather sublime mix of textures and flavours with crunch, chewiness and creaminess awash in bright berry flavours, nuttiness from the chia, and the sweet cream of the pudding. 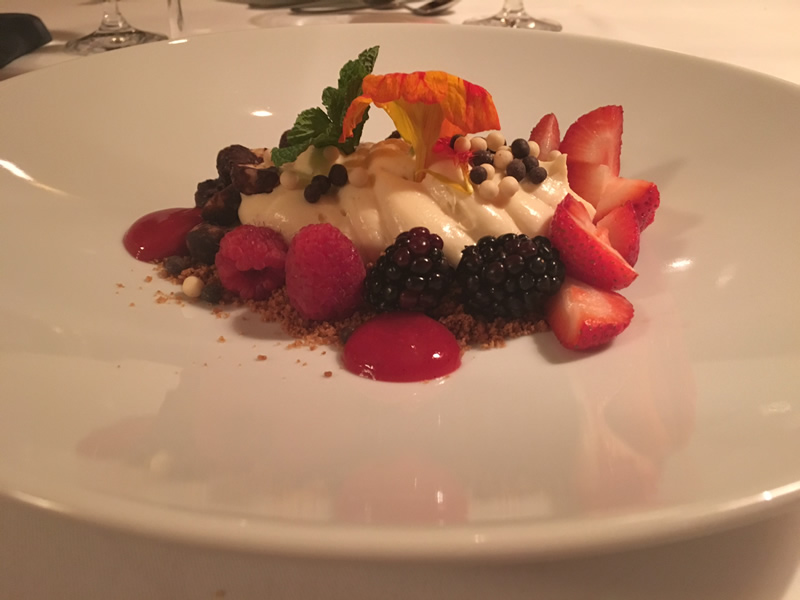 My wife had a deconstructed cheesecake, which our server said was the staff favourite, that was whipped up into a mousse-like consistency and studded with chocolate covered hazelnuts and berries. The raspberry coulis it came with wasn't overly sweet, while the bottom layer of graham cracker crumble had the right amount of butter. Despite it being a hefty portion, we still took it down after three large courses -- which should give you an indication that we agreed with the staff that it's a winner.

Finally, I have to give a quick shout-out to bread and butter.

VG starts baking your basket the moment you sit down so it comes out during the second course. It arrived with a crispy crust and pillowy centre and was served with a Fort Garry dark ale infused herbed butter that was dangerously good. We told E that if he sold this butter in jars we would buy it all the time -- waistline and clogged arteries be damned.

VG Restaurant is located within the Fairmont Winnipeg at 2 Lombard Place and is open breakfast, lunch and dinner and features ingredients sourced from some of Manitoba's finest farms. Chef E does an eight-course tasting menu for dinner at $95, while the full dinner menu with prices -- where all the dishes can be ordered individually -- can be found here.