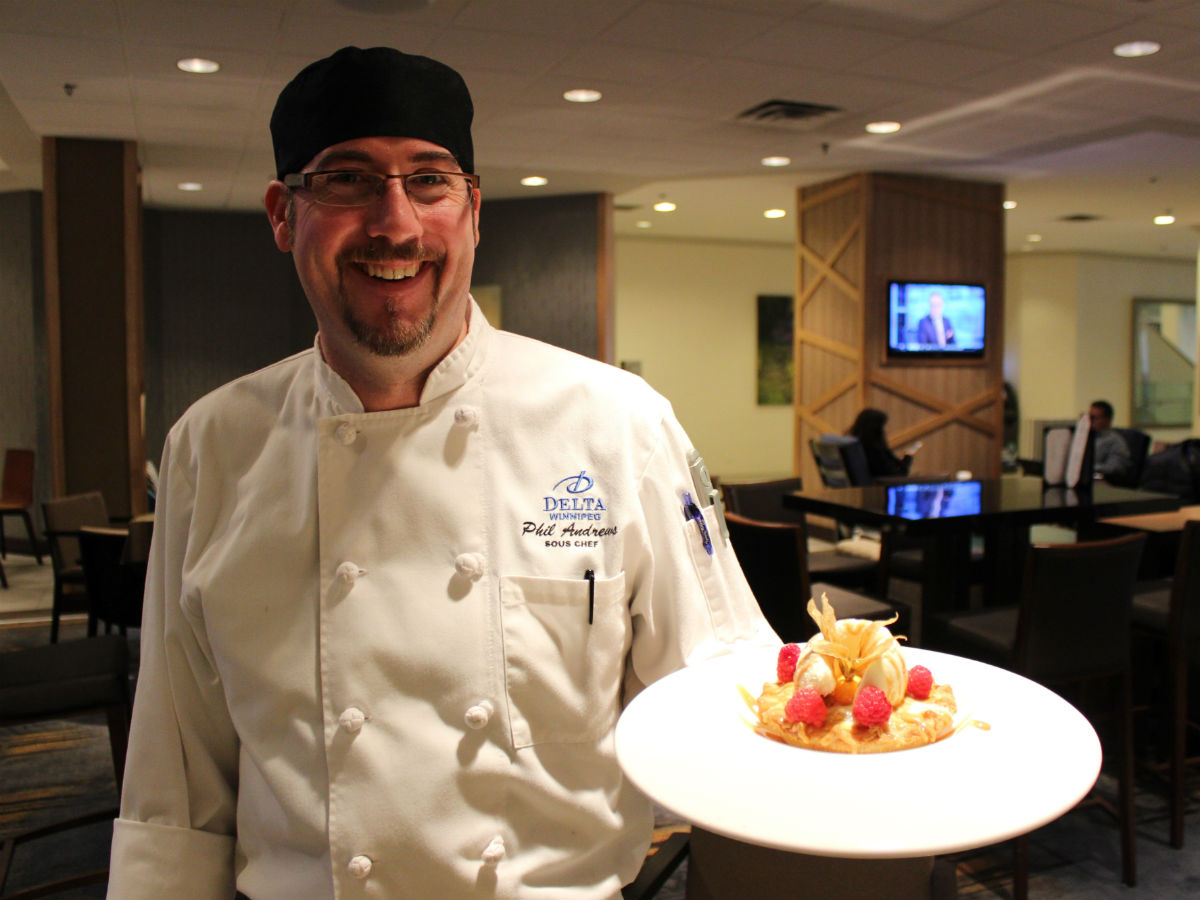 Blaze Restaurant and Lounge heats up with new menu and feel

Blaze Restaurant and Lounge heats up with new menu and feel

"Prairie. Uncomplicated. Handcrafted. Meeting place. These are the words that we are embodying here," said Ty Wells, when asked about Blaze Restaurant and Lounge.

Located at the back of the Delta Hotel, the restaurant has been viewed by regulars as one of downtown's best kept secrets when it comes to well-executed comfort food.

Wells is a hospitality advisor who, along with sous chef Phil Andrews, and executive chef Kelly Andreas, has overhauled Blaze in the past several months toward a Manitoba-centric menu that is big on flavours and ideal for anything from a business lunch over Arctic char, to taking on a chuck burger while catching a Jets game with a pint. 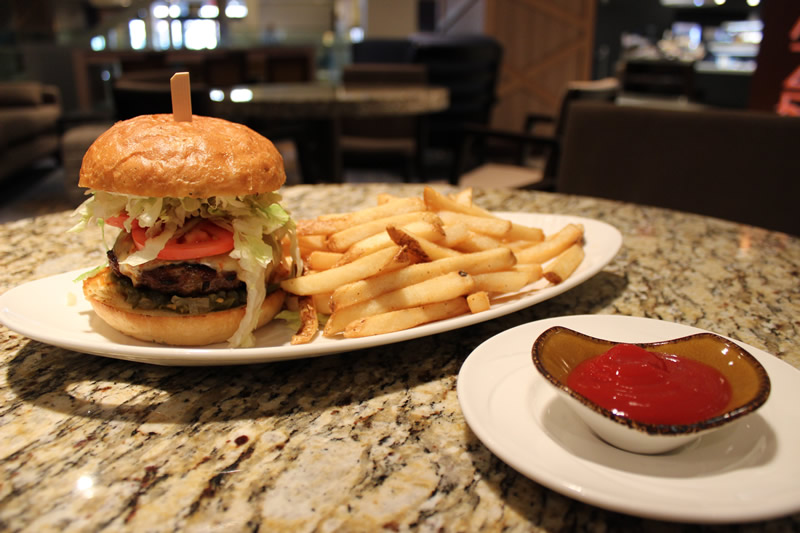 Wells, an American who spent a good portion of his years in London, comes with a world of experience; he was a fine-dining chef in his earlier days at the fabled Langan’s Brasserie in London, an instructor at Le Cordon Bleu in Portland, Oregon (after being the chef/owner at the acclaimed Alessandro in that same city), and he's helped open successful restaurants like Arnies in Washington State and Simon and Seaforts, in Alaska.

The resumé of Andrews, a native of Newmarket, ON, who has been in Winnipeg for three years, includes stints at Terrace Restaurant at Mission Hill Family Estate in Kelowna (he knows his wines), and Toronto's Canoe (to name but a few), while Andreas just came back to the Delta this past May after a year as executive chef at St. Boniface's Promenade Cafe and Wine. 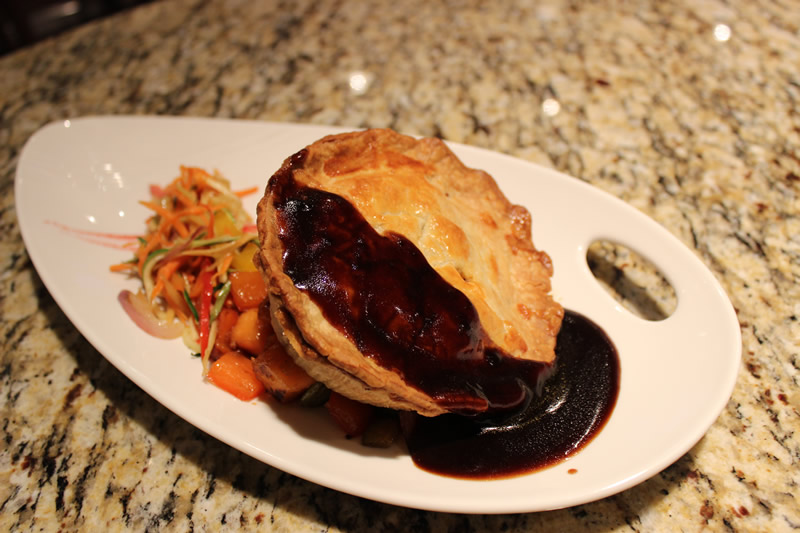 "What we are doing now is twists on stuff your mom may have made when you were younger," said chef Andrews. "It's uncomplicated prairie food using as much local sources as possible."

A prime example is the elk tourtière ($20.50), a hefty portion of seasoned house-ground, locally-sourced elk (cut with a bit of pork for some fat, and hence, added moisture), housed in buttery, flaky pie crust that is striped with a paint your walls rich demi-glace. It's balanced with a serving of julienne veg, and with winter on the horizon it will be a filling respite from the cold.

The blazing burger ($15 with fries) is also a tasty number with freshly ground chuck wrapped in bright elements including horseradish mayo, jalapeño relish (not too spicy, but assertive enough) and red chili jack cheese served on a potato onion bun from Gunn's Bakery. It's a two-hands necessary burger, and is juicy through and through. 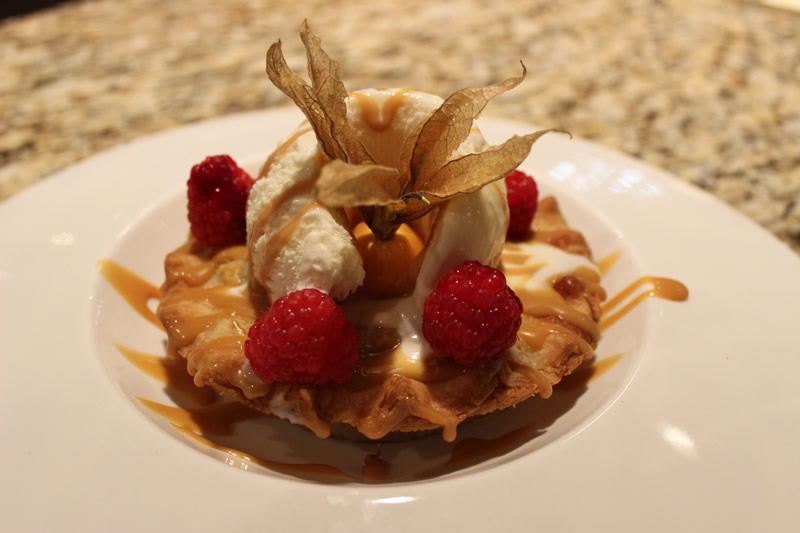 To cap it off I had chef Andrews' apple pie -- the design of which he said is more savoury than sweet.

He tosses the apples in a balsamic reduction with clove, allspice and cinnamon and bakes them to a point that, "they still have some snap," he said. The top is baked to order (the crust having been blind baked beforehand) while it gets finished off with dolce del leche, vanilla ice cream, raspberries and a gooseberry.

It's the kind of comfort food you'll be craving as the temperature begins to drop.

Blaze Restaurant and Lounge is located in the Delta Hotel, 350 St. Mary Avenue. For full hours and details click here. The head photo is of sous chef Phil Andrews.