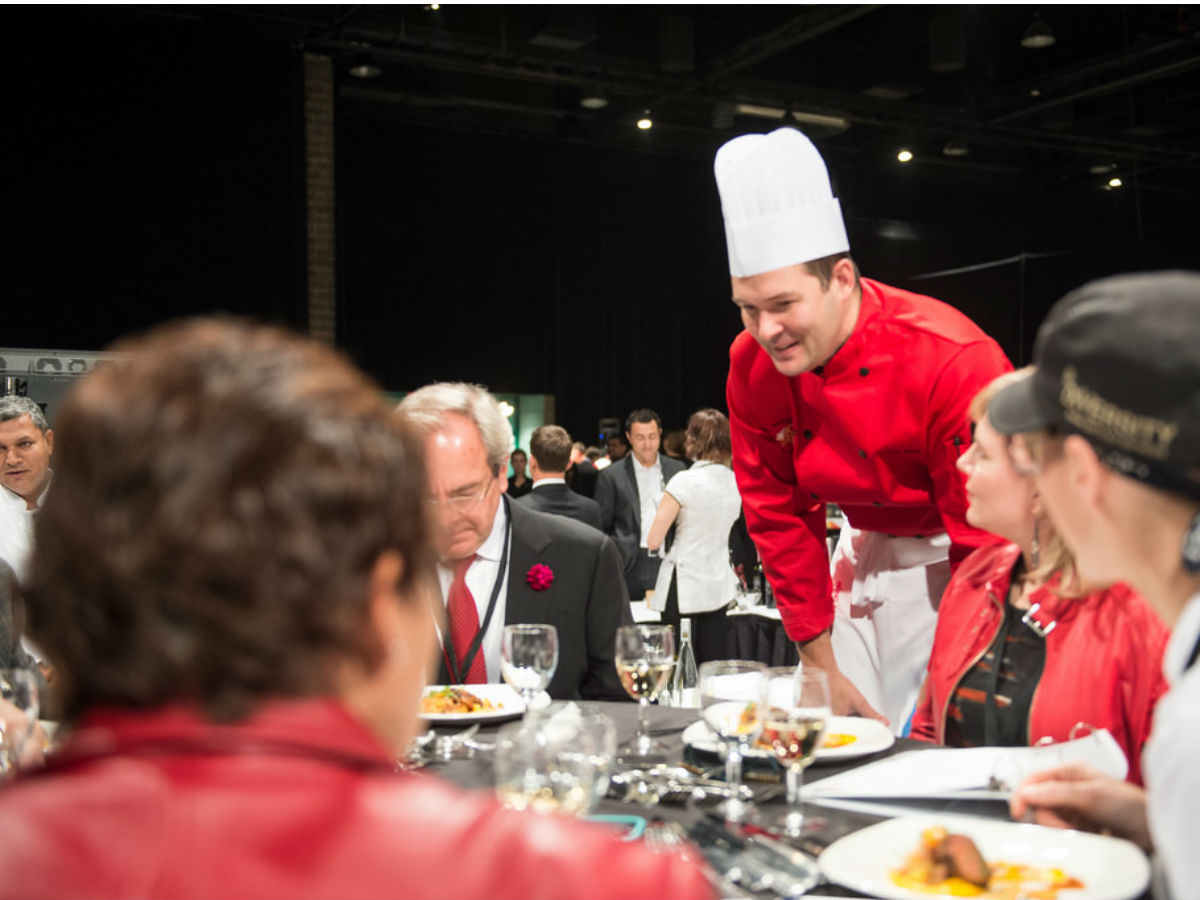 One of the best things you can do for Canada's Olympic athletes is spend a lavish evening eating food prepared by top-notch Winnipeg chefs.

You can do this next Friday, October 16th, at the RBC Convention Centre when the Gold Medal Plates makes its first regional stop in Winnipeg.

By purchasing a ticket to this event you'll be helping athletes on their "Road to Rio" this summer. You'll also get to rub elbows with Olympic athletes while sampling vintages from some of Canada's best wine, beer and spirit producers (which will be paired with dishes from the competing chefs) while also taking in some great live entertainment.

2015 marks the 10th anniversary of this prestigious event which has raised over $9.5 million for Canada's Olympians. The regional format sees a select group of chefs compete for gold, silver and bronze over the course of an evening, with the gold winner then going on to compete at the Canadian Culinary Championships in Kelowna on February 5-6, 2016. 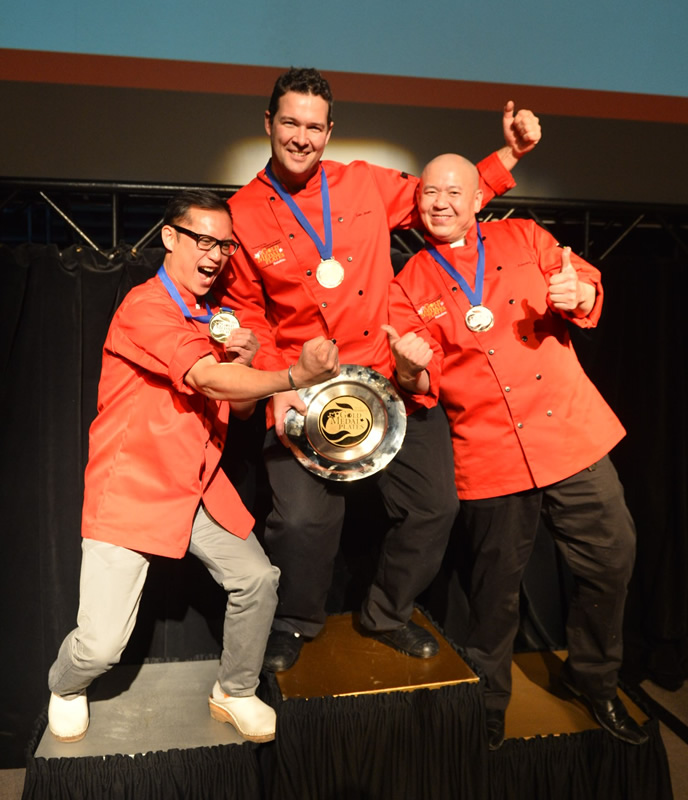 But first, they'll have to take gold in Winnipeg, just like chef Luc Jean (now of Mon Ami Louis) did last year with his char siu pork tenderloin dish.

I caught up with Jean, who, along with serving canapés to open up the event, will be part of this year's judging panel -- which is always led by national head judge James Chatto, with Winnipeg-based judges including Barbara O'Hara, Jeff Gill, Christine Hanlon, and myself -- to ask him what the Gold Medal Plates experience is all about.

It’s a fun experience to showcase your skill with all these other chefs. We all know each other – we’re like a big family – so it's interesting working alongside them to see all the things that they are doing.

But that being said, it is really challenging; you have to make over 620 appetizers and there is really no cooking equipment there, so you really are limited as to what you can make. You pretty much only have a couple stove top burners, so it makes a big difference in what you can make.

What made your dish the standout winner?

I think, [because of these constraints] a lot of chefs made something cold – they played it safe that way – but I’ve always felt that something hot is always going to beat something that is cold.

My dish was a char siu pork tenderloin that was sous vide then seared last minute with spices. It was served on a ginger carrot puree with a spiced sauerkraut, kumquat lime jus and fondant potatoes cooked in duck fat. It also had some crackling. 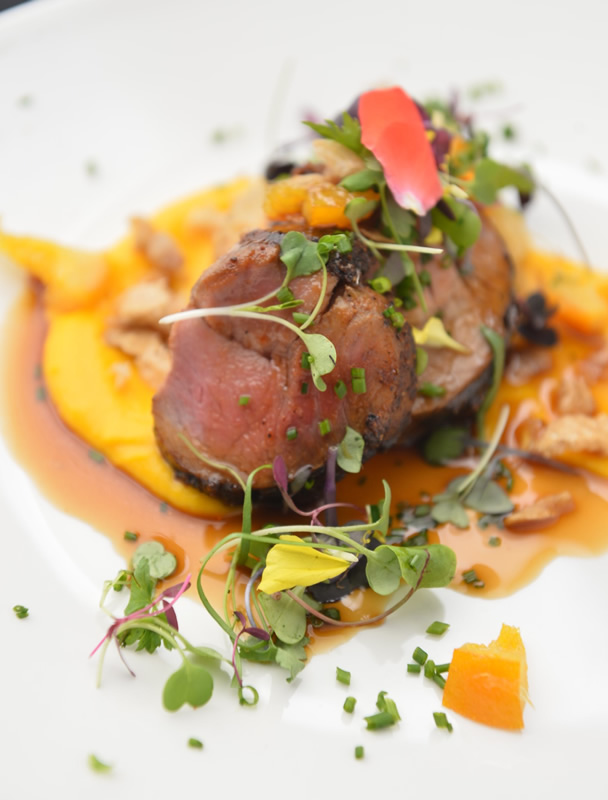 What was it like competing at the Canadian Culinary Championships?

The nationals last year may have been the most star-studded it’s been with chefs like Antonio Park (chef and owner of Park Restaurant in Montreal), Kristian Eligh (chef du cuisine at Vancouver’s Hawksworth) and a Chopped Canada champion [Mark McCrowe from St. John's Newfoundland] -- so it was stacked. You had guys using freshly shot Moose from Newfoundland, guys using freshly foraged items from local forests that were then being pickled and wrapped up in all manner of things...

And that's what I quickly discovered when I was there; a lot of food writers at the nationals are looking for something they’ve never seen. It’s like a fashion show, it needs to be something that hasn’t been done. So if I were to go back to nationals I would certainly change my approach.

That being said, what are you looking for when you’ll be judging?

Well you need to look for originality, there has to be some kind of flair to it. You’ll certainly get bonus marks if you are using an ingredient that is difficult to use and you should be representing your region with a local ingredient– using something from the terroir – because that can be challenging. But above all it has to taste great.

I’ve seen chefs before with amazing looking plates utilizing molecular gastronomy, but in the end it comes down to taste. Taste is number one, it has to be absolutely delicious.

Who are the chefs to look out for in Winnipeg this year?

I have to say Norm Pastorin from The Cornerstone. He’s really talented… he took third place last year and I was telling him after he could easily have won… I think he could do really well at the nationals too because he brings some flair. 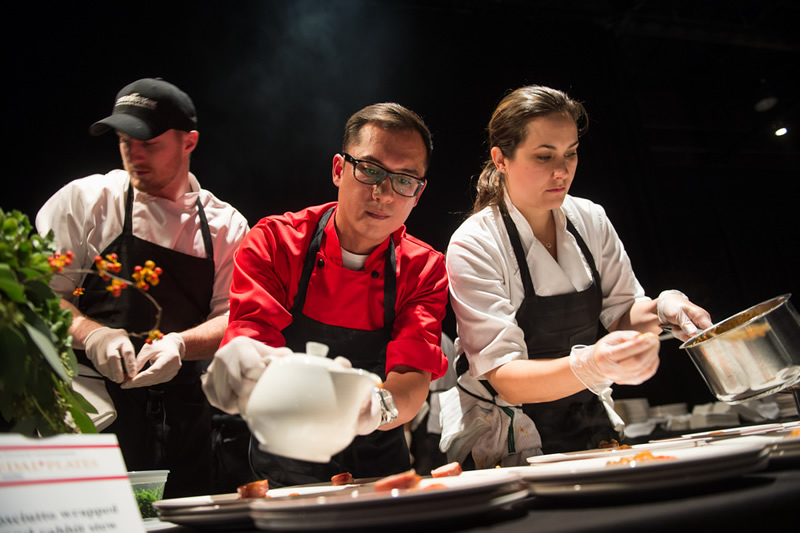 As well Michael Schaffer from Sydney’s is great on presentation while Edward Lam has that great Japanese fusion with a Chinese background thing that really works. He took second last year and I can see him and Norm doing good things again.

What advice will you give to the winner who will be moving on to The Canadian Culinary Championships?

Like I said, it’s like a fashion show when you move on to nationals. It’s got to be like all out – you have to go all out and you have to take chances. Maybe at the provincial one you can play it a bit safe, but at the nationals you cannot. The chefs who are cooking there, and the chefs who won were taking every chance that they could. You have to because the competition is that high and you need to use every extra minute to do everything you can. And that was my downfall – I played it a little safe, and that’s what the judges said. You have to put it all on the line and do something incredibly inventive.