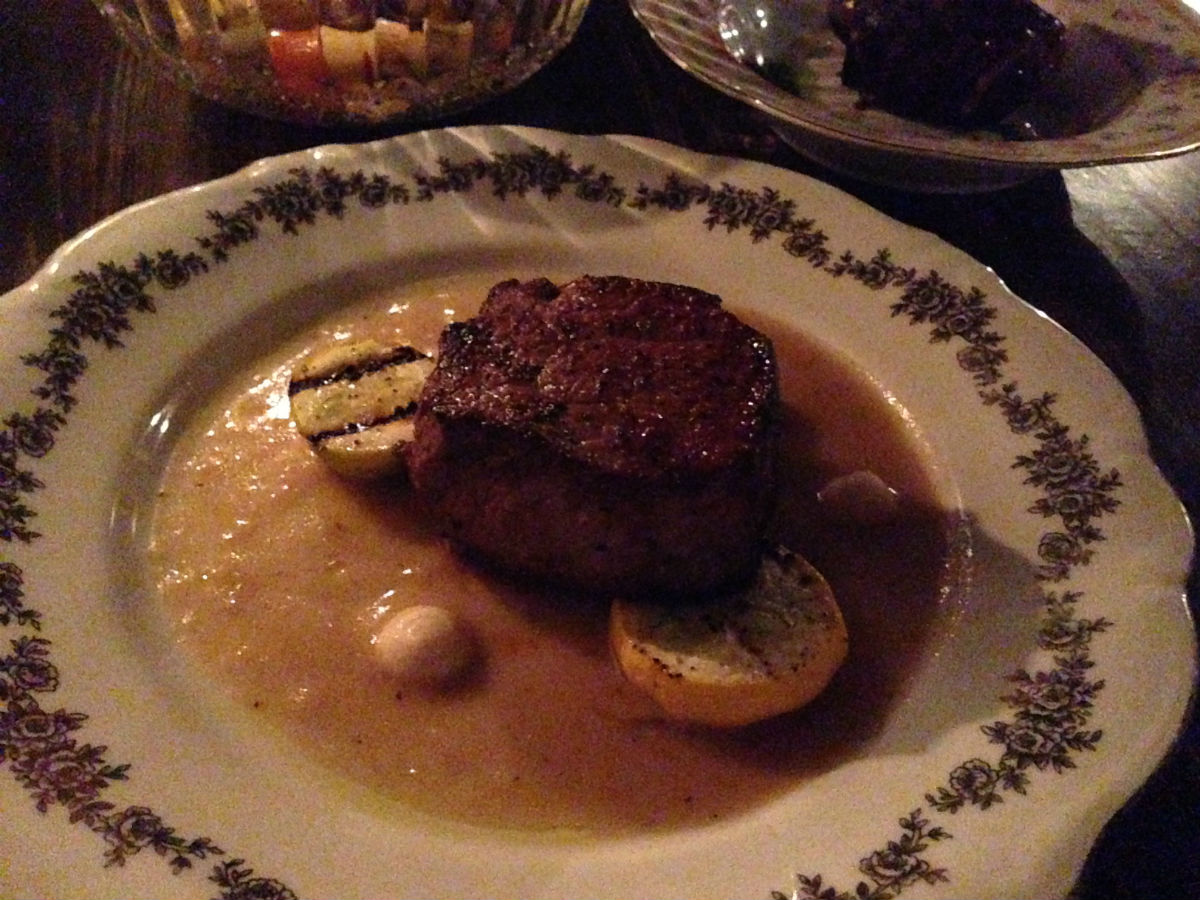 A beautiful beef cut, swimming in a deep white sauce

New & Notable: Sous Sol is worth going underground for

Sous Sol, one of Winnipeg's newest, and surely most hidden restaurants is so cool that I almost don't want to write about it. Not to say it was going to attract an unsavoury crowd anyway, but this place is truly as charming as it gets in a basement, with a staff of friends who know more than a thing or two about creating a welcoming ambience.

For starters, the attention to detail at 22-222 Osborne is something to behold.

From the candlelight interior, to the antique chairs and tables, the persian rugs that line the floor, the gypsy jazz that plays on the stereo, and the hilariously old-school server's station in the dining room -- which, of course, features a giant pepper mill and soon a flambé station -- they've thought of it all here.

"We drove all over the Province to find this stuff," said Chef Mike Robins, who conceptualized the room with his staff and a silent partner. "With how cool the [pre-existing] room was and how old this building is, these little details all came together to make sense." 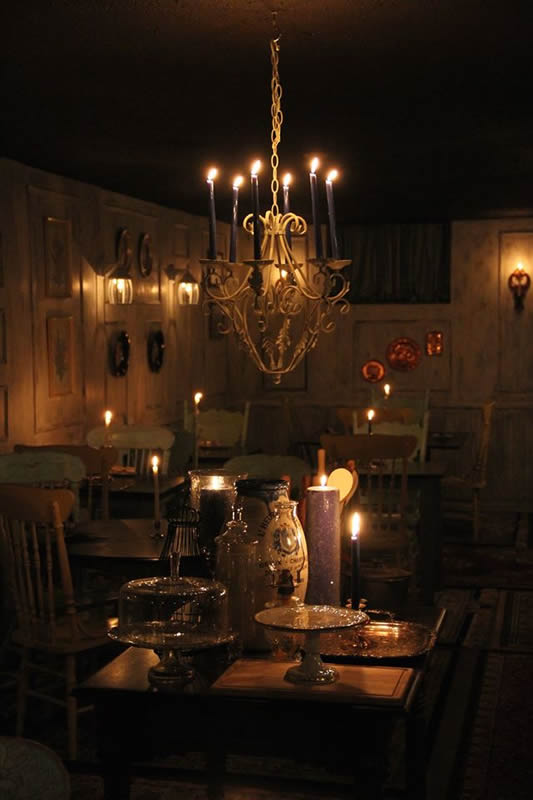 It's a gracious nod to another time, primarily Paris in the 1920s, with some fantastic bits of whimsy including souvenir spoons to crack the sugary crust of your creme brûlée, depression glass serving bowls, and the most over the top faux crystal wine chiller stand that my wife wanted to take home with her (had it not weighed about 40 lbs).

Perhaps our favourite feature was the glassware which worked as the ideal vessel for Erik Thordarson's lovely, historical cocktails. These included a rum punch in a tiki glass garnished with a slice of dehydrated grapefruit that was lit on fire (the flame not touching the actual drink, so it didn't burn off the booze) along with a frothed-up whiskey sour that was garnished with a cherry and an anise flower served in a 1988 Calgary Olympics Petro-Canada glass. 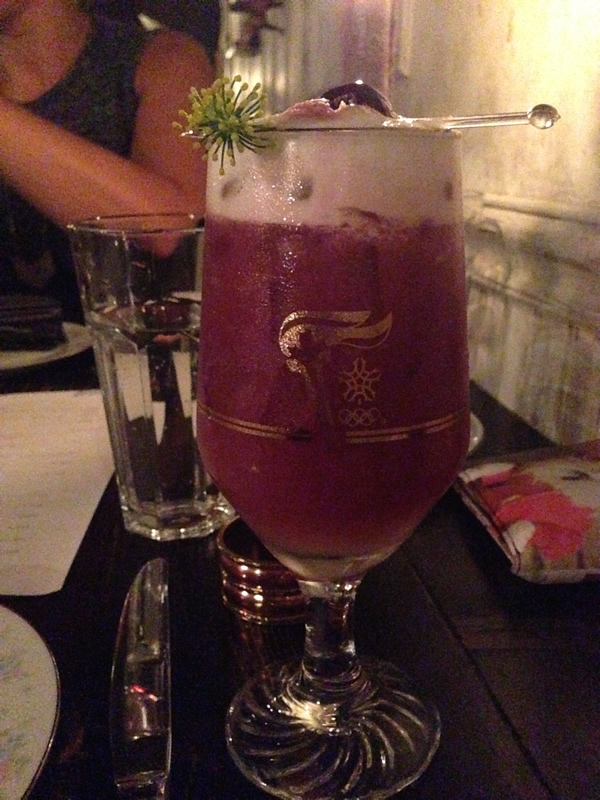 They have a full set of these gold-rimmed glasses, which are without doubt the greatest gas station glasses ever sold, including brandy snifters which Thrordarson used to make this Parisian Milk Punch for us which was served as a digestif.

It was all so apropos -- especially the food.

Robins -- who is also the chef du cuisine at Sydney's, Winnipeg's top draw for nouveau fine dining -- has been working on opening this place since he returned to Winnipeg this past winter after a stage at the Michelin starred Dovetail in New York.

I really can't wait to go back because our first meal here will certainly go down as one of the best dining experiences I've had in Winnipeg in 2015; there's simply no other place like this here.

"We want to bring it back to simplicity and let the food speak for itself," said Robins.

"Instead of over-thinking about doing something that some other chef hasn't done, I just want to highlight what has been... To take all that extra effort and put it into the sauces and take time to do something like clean around every bone and do things like a ballotine," continued Robins.

That time spent in the sauce-making is surely one of the main things that makes this historical menu sing. In fact, Robins was telling me that a few of the items are direct translations of old french recipes he's come across in cookbooks that he has adapted using ingredients at hand. 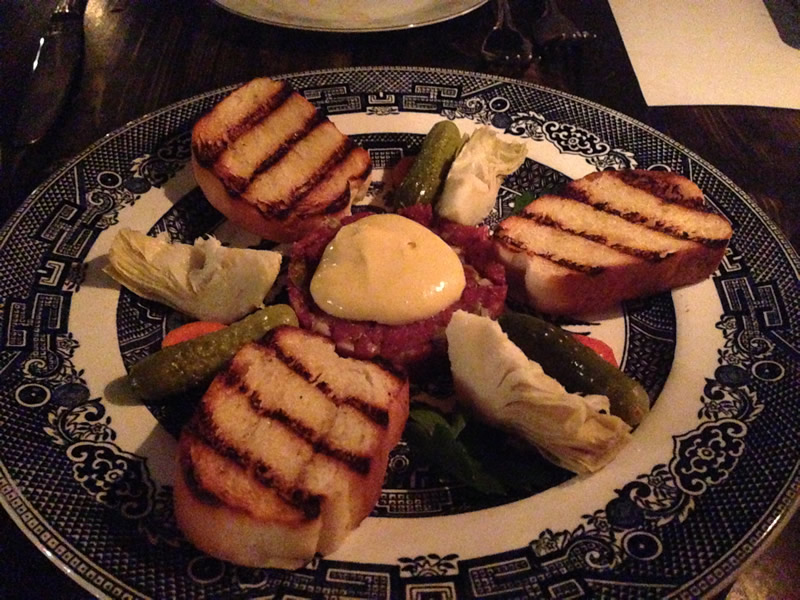 We ran through most of the tight menu on our visit -- it changes every weekend -- which included for starters, ostrich fan tartare ($13), sweetbreads ($10.50), and an endive and kale salad ($7).

The sweetbreads were a show stopper, plated atop a silky cream sauce with toasted almonds and melted tomato in the middle to balance it all with some brightness. The ostrich tartare was also rave-worthy, topped with dijon horseradish and accompanied with gherkins and pickled artichoke for added acidity. 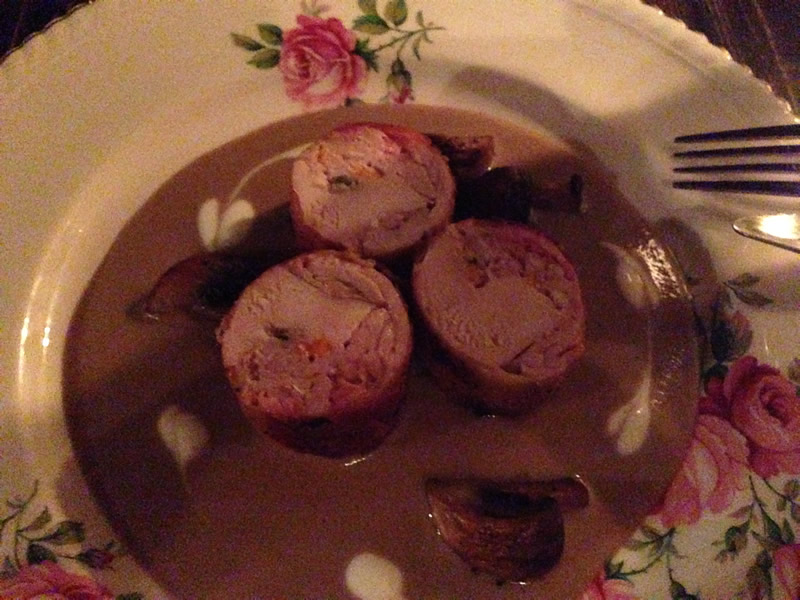 Our à la carte mains included a perfectly cooked beef noisette ($15.50) that came medium rare without ever being asked (which if you ask me, is how it should always be) and was served on a light, white wine sauce espagnole that dreams are made of (my wife used her knife to spoon up every drop of it; I would have done so too, had she not). We also did the game hen ballotine ($14) that was served atop a sauce chasseur that was just as good -- it had plenty of earthiness from the mushrooms while still complementing the delicate, moist poultry.

For sides we went with the Parisienne dumplings ($10) and zucchini gratin ($5). The latter featured a stuffed and fried zucchini blossom with a light crunchy batter that was seasoned just right, while the dumplings were quaint and pillowy.

From start to finish it was an all-round affable experience, right through to the rosemary vanilla creme brûlée finale that fittingly was served in an antique tea cup with saucer.

Sous Sol is open 5 p.m. to 2 a.m. Friday and Saturday, and 5 p.m. to midnight on Sunday. They don't take reservations, but if you need to wait for a table you can do that more than comfortably while having cocktails (along with a snack menu) in their charming lounge. It is located, as noted, at 22-222 Osborne St. It's in the back, look for the plain black awning and the glass door that reads "Building B, Lower Level, Vandelay Industries."