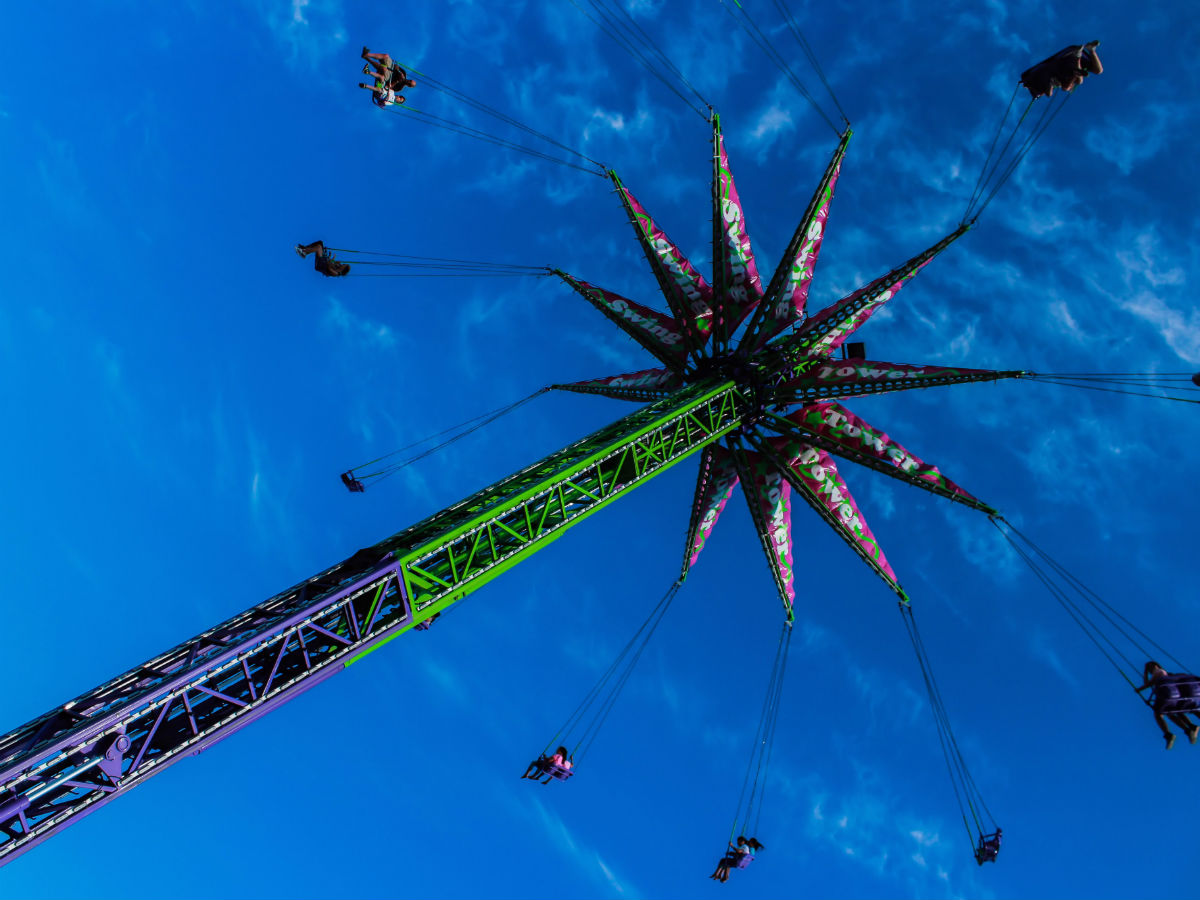 Now, you don't have to go on rides at the Ex to have fun. In fact if you're eating some of these delectable bites, we'd prefer you didn't! From deep fried Oreos, to classic hot dogs and burgers-the Ex has it all.

Eat it all at the Ex

But first, let me get through this smoked turkey leg and barbecued corn. It's too delicious to put down, and quite hot frankly, so if you could please go grab me a tall freshly-squeezed lemonade from Lemon Heaven that would be lovely. 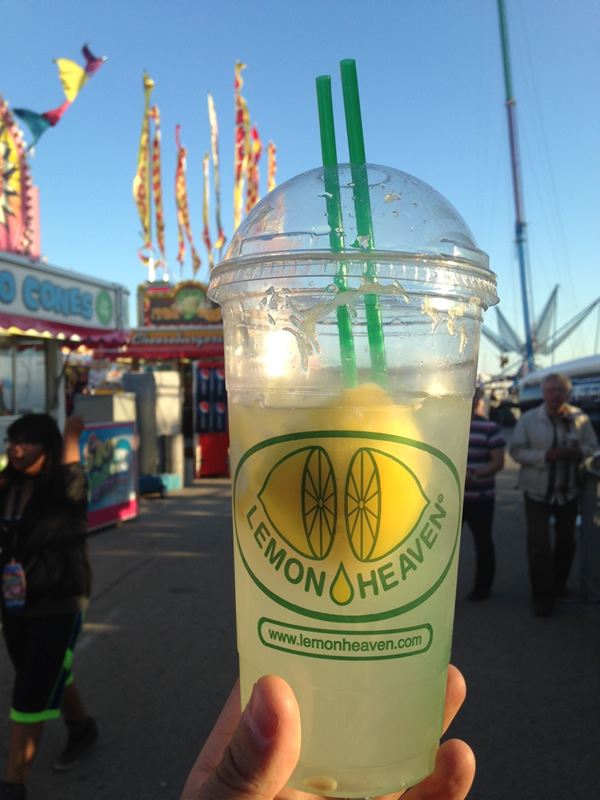 Along with all the awesomeness that is the Red River Ex -- and by awesomeness I mean midway rides, cute baby farm animals, and more live entertainment than you could shake a turkey leg at (more on that to come) -- the food is one thing I always look forward to.

Unlike other exhibitions where the weird and whacky is all the rage for food (because no one actually wants a scorpion pizza right?), the Ex keeps it classic with a food program based on a marriage of old-timey goodness (i.e. batter it, fry it, and we can all be friends) along with volume and nostalgia (because nothing says quiet time for the kids like a quarter litre of soft serve -- calories they'll have easily burned due to adrenaline after a couple midway rides). 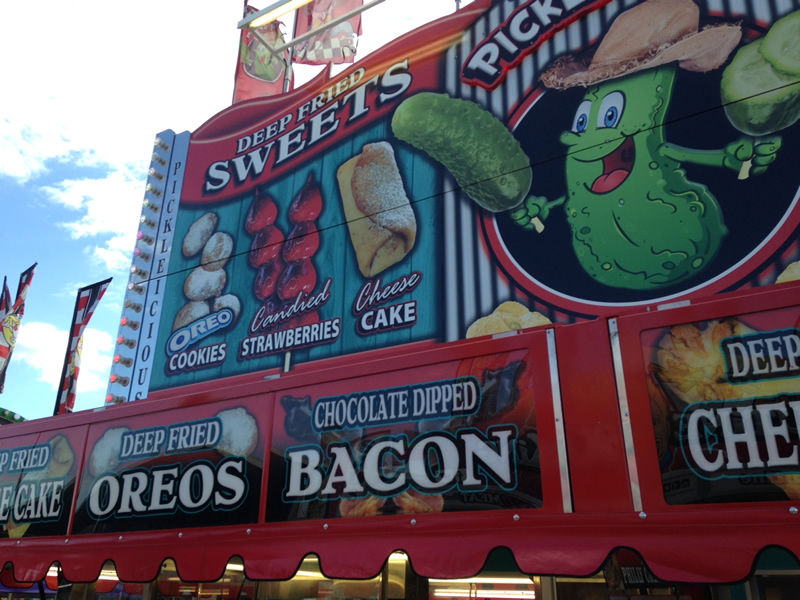 Anyway, here are my standouts, in no particular order:

For fried things, the humble pickle is always going to be my top choice, because there is something to be said about a brined cucumber that is then turned up to eleven. If you look for the above signage featuring Pickle Pete -- or as I like to call him, the cucumber cowboy -- you really can't go wrong.

Pete's chocolate dipped bacon was one item we didn't get to (you can only push yourself so hard, plus you need goals for another visit) while the deep fried Oreos and deep fried Cheese Cake could accurately be described as a means toward nirvana for the post-bar university set.

Their pickles though were on the super side of superb, replete with a spicy aioli and a slow burn of spice due to the chili flakes in the batter (which was brought on strong because of the pickle brine). 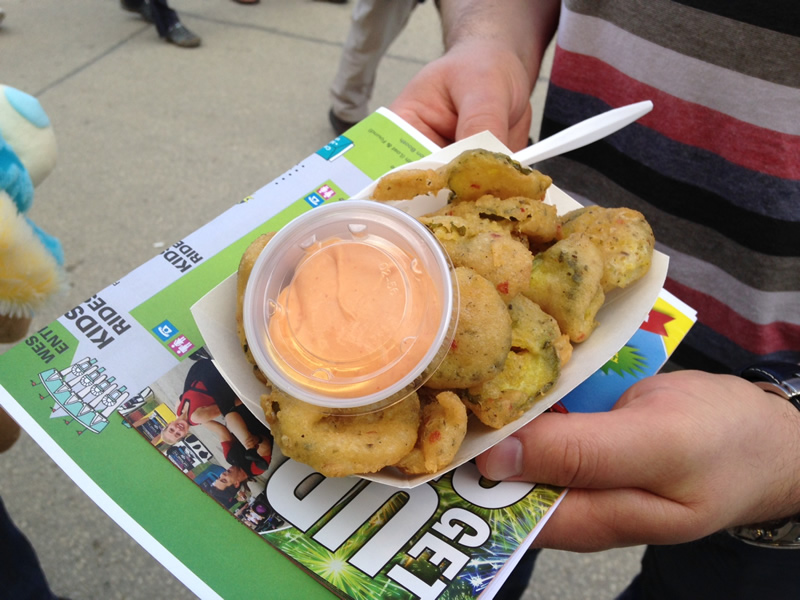 Another one not to be missed, for those of you looking to really have a guilt-driven treadmill session the following day, is the chocolate dipped Belgian waffle stick. At a paltry $4, it is the most lavishly lanced love song to Liège you are going to find in Canada. (#aliterationforthewin)

You can find this stunner near the old entrance (the east side, map here), in a stand featuring enough soft serve to fill an army of waffle cones (an infantry which they of course have).

Getting to the meat of the matter, one stand was selling a maple bacon donut burger that was every bit (or should that be bite?) as aggressive as it sounds. But for me, the aforementioned smoked turkey leg, which is finished on an open grill, is a real crowd pleaser. 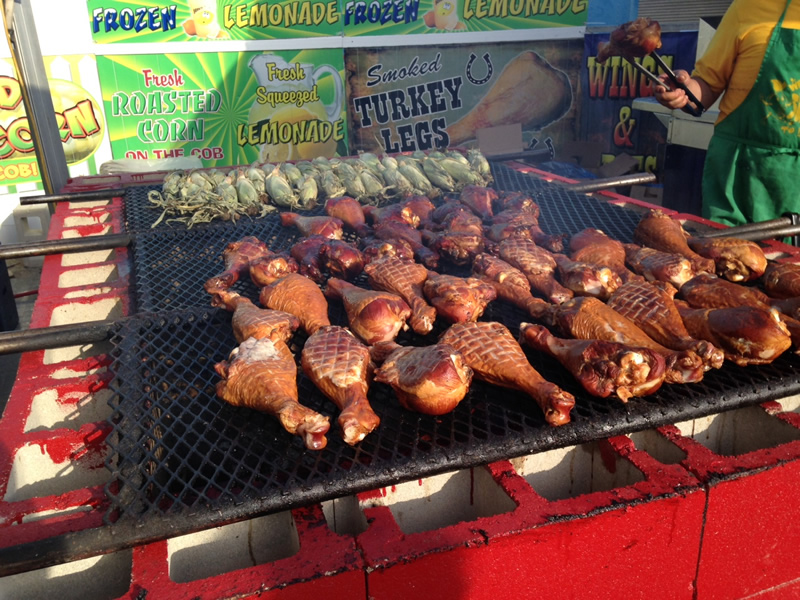 The grill itself is a thing of functional beauty, composed of red painted cinder blocks and about the size that would be acceptable at a Texan tailgate party, while the smokey meat remains moist under the skin made crisp from the grill.

There is something primal about eating one of these bad boys. Plus, there is the added element of using it as a pointer -- as in, "hey, after we finish these turkey legs we should go on that ride," the added emphasis of the meat pointer a surefire status symbol that you came to conquer the Ex.

Which is really what it's all about, isn't it?