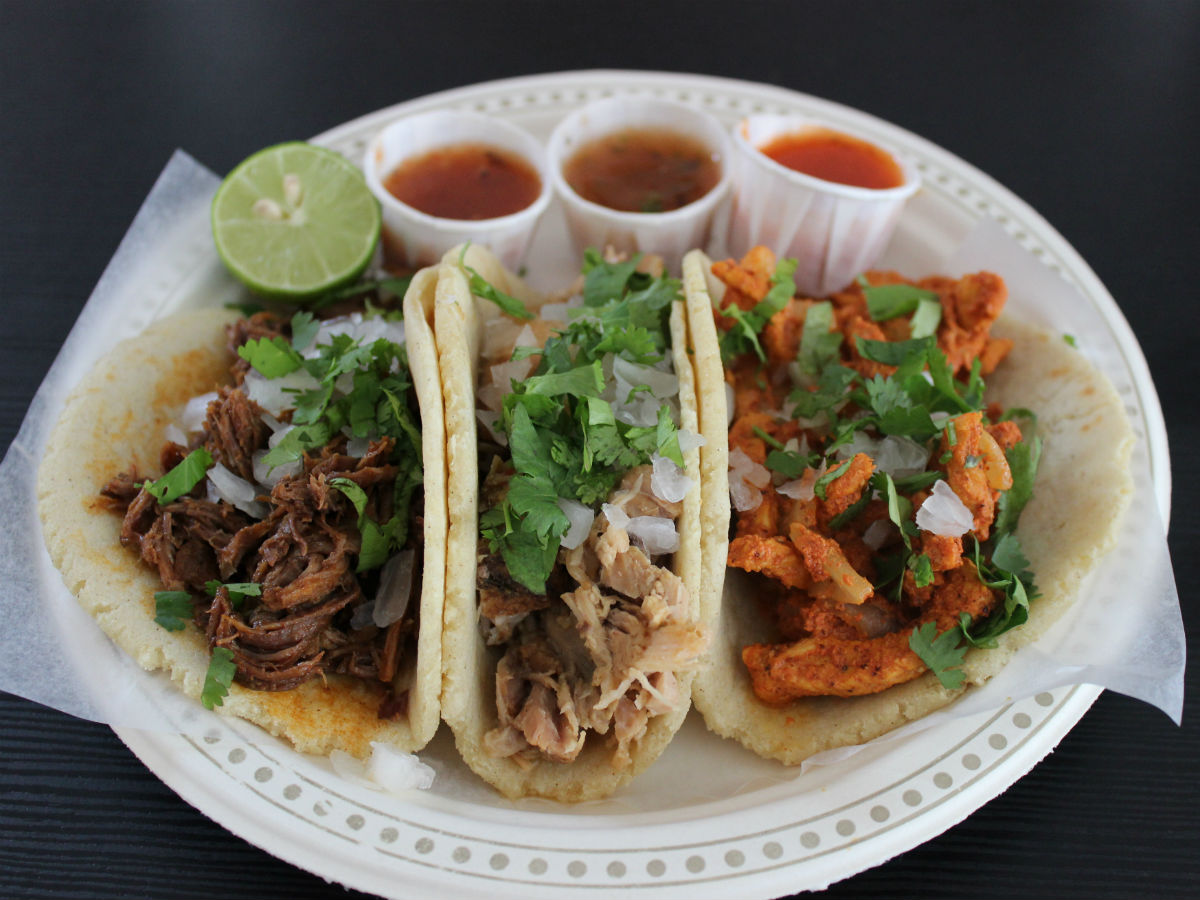 Three different, crafted to perfection, soft tacos. All varying in meats and spice, from hot to not, these taco's are worth a bite (photo by Mike Green)

There are some pretty obvious signs that you are about to be served some seriously tasty, authentic tacos.

One is when the corn tortillas are handmade right before your eyes. The other is that the person making them is straight-up from Morelia, Mexico, and that the taco recipes are all her grandma's.

This is exactly what goes down everyday at BMC Market, the South Osborne Mexican market-turned-taqueria that does not compromise when it comes to authenticity.

"Sometimes people ask for lettuce, or tomato, or sour cream," said Betty Calderon-Villasenor, who owns and does the cooking at BMC with her husband Rigoberto. "But I have to tell them no because it's not the way we do tacos back home."

The room has slowly expanded over the past 4 and a half years since they first opened. At first BMC was primarily a market where Betty and husband Rigoberto imported Mexican goods to service Winnipeg's latin community. After a short period she decided she should start making tacos using her aforementioned grandma's recipes, which soon found a loyal client base.

Now, two and half years into the taco-making, they are the room's sole focus frequently resulting in lines at lunch and dinner time along with oftentimes more take out orders than Betty and her crew (which, aside from Rodrigo -- who does all the pressure cooking of the meats -- is primarily composed of latin ladies from Mexico and Guatemala) can keep up with.

"It was a big surprise that people here would like the Mexican tacos so much," said Betty. "At first we thought we would have to do two menus: one really Mexican and one Tex-Mex, but we never needed to do it that way." 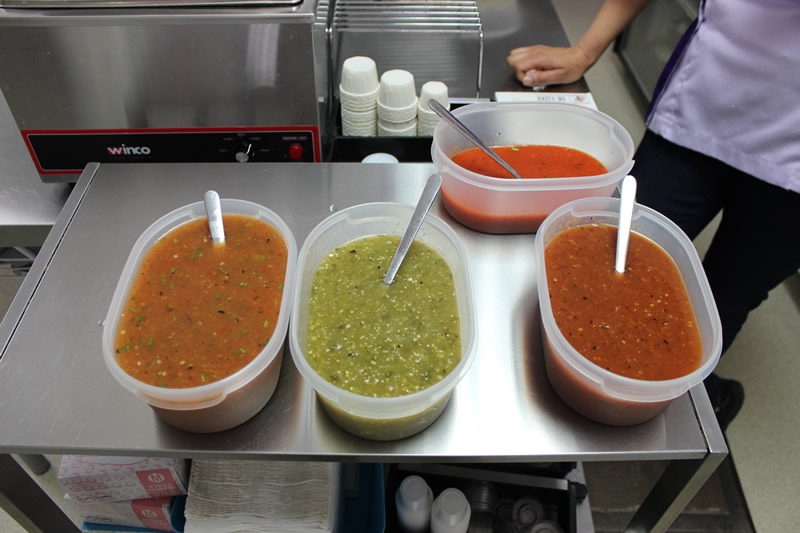 For tacos they do chorizo, al pastor (marinated, heavily spiced pork with pineapple and onion), tinga (chicken with onion and cabbage), and rajas (poblano pepper with mushroom and cream) all at the incredibly cheap price of 3 for $5.

All of the tacos are toped with onion and cilantro and served with a choice of four or five salsas ranging from a very mild tomatillo, to a relatively spicy habanero. My personal choice is the one that is nearest and dearest to Betty, that being the Michoacán salsa from her home state, which is studded throughout with cilantro. (And don't worry cilantro 10 per cent-ers, she will omit the herb for your tastebuds which receive its flavour profile as soap).

They also do a couple slightly more expensive tacos like barbacoa (braised beef, which is really amazing on weekends when it is made from tongue -- but only if Betty's husband Rigoberto is able to source it from their butcher in New Bothwell), and carnitas (which uses braised, rustic cuts of pork) that won't hurt the wallet either at 3 for $6.99. 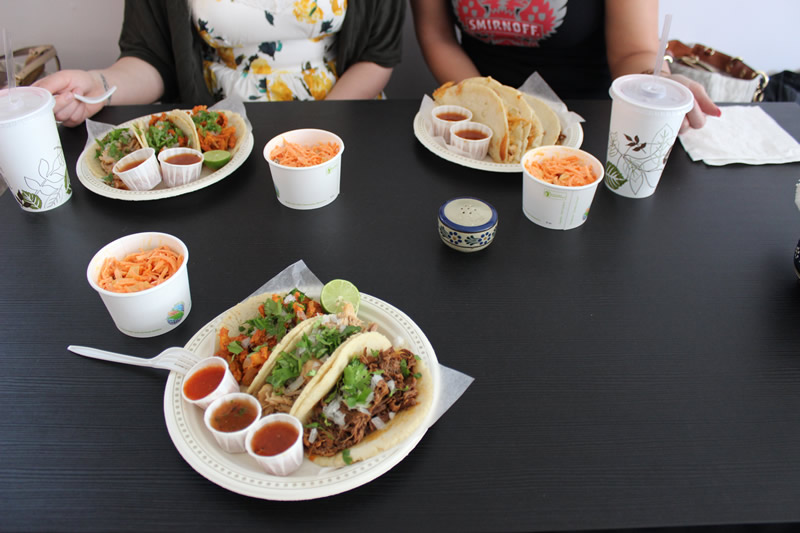 Everything is handmade from scratch at BMC (PCG)

Standards like sides of pico de gallo, pozole (a soup made of hominy -- which is dried corn kernels, pork and chiles. 12 oz for $3.99), quesadillas (also made with handmade tortillas, 3 for $7.99 served with a tasty carrot and raisin slaw in a creamy, cinnamon-spiked dressing), and various house-made Mexican drinks using tamarind, hibiscus and horchata (rice) also make the menu.

Plus, BMC starting selling Mexican beers like Negra Modelo, Pacifico and Sol (taco's best friend) around a year ago.

So if you want to go to Mexico without paying for a plane ticket, let this colourful little room take your tastebuds there. (Indeed, it's a constant joke of Betty's to say, "you are now in Mexico" to her customers when they come in during a cold winters day).

She's also always open to help you practice your Spanish -- if you are so inclined. 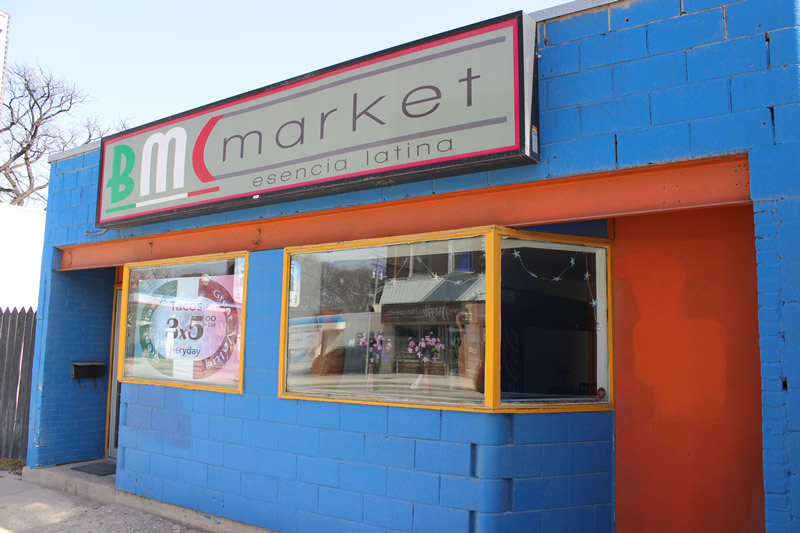 Don't let the facade fool you, inside BMC Market on South Osborne its all charm and big flavours (PCG)