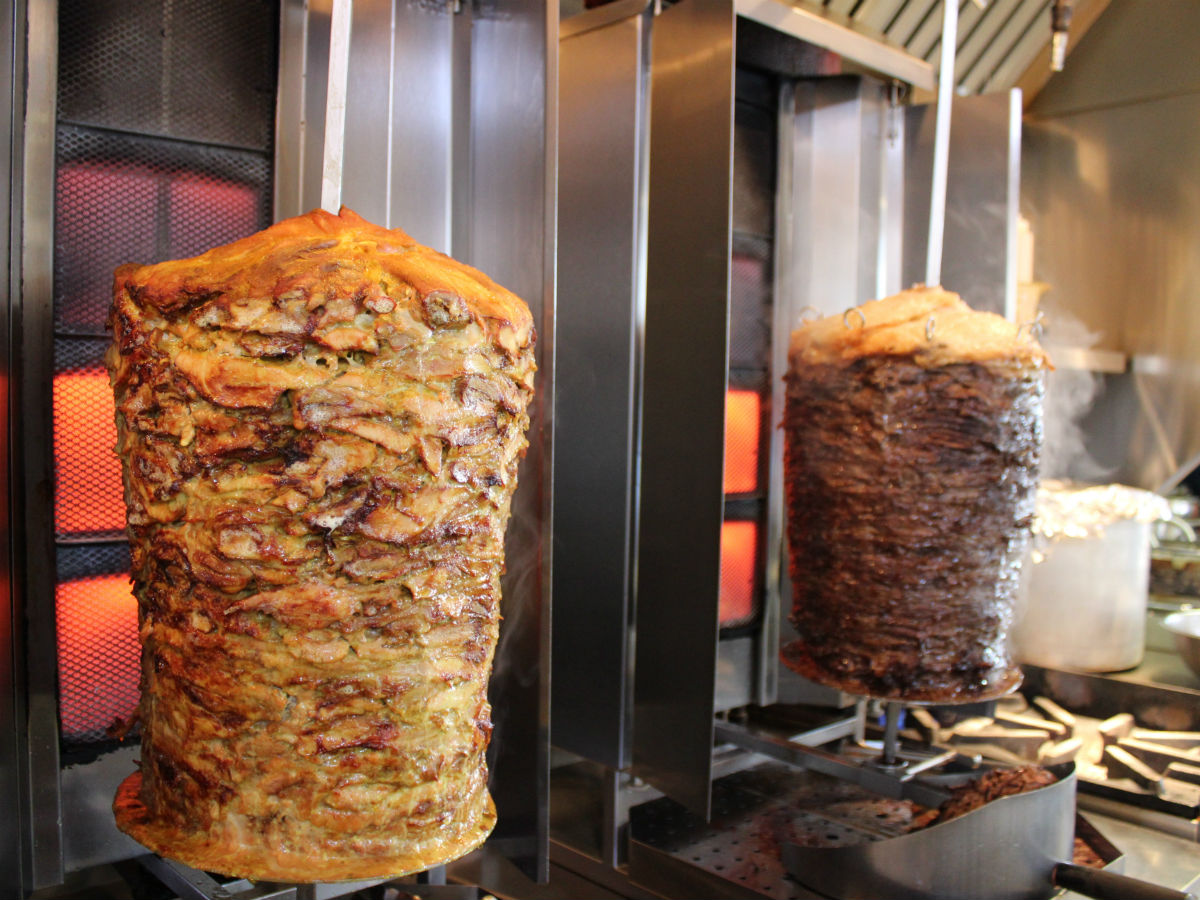 A wrap up of Winnipeg's best shawarma

While Winnipeg is in the midst of what could be viewed as a sandwich insurgence with King+Bannatyne, Nick's on Broadway, and now the opening of Sherbrook Street Delicatessen tomorrow (story to come next week), it's made us think here at PCG that the time is ripe to reflect on the unsung hero of wrapped up, meaty wonder -- the mighty shawarma.

I first discovered its delicious ways backpacking in Europe and Australia, where watching a Turkish man shave rotating meat onto flattened bread was an after-bar affair, where tucking into that greased-up, saucy concoction after a few too many drinks always made you feel that this just might take down that pending hangover a couple notches (which I'm sure it did, such is the mystic powers of the shawarma).

And while we don't really have that post-revelry shawarma culture here in Peg City, (there just don't seem to be any late-night shawarma stands right outside of the bars -- although Shawarma Kahn is situated right in the heart of the Exchange District and does stay open late in the summer) we certainly have delicious, messy, and oh so garlicky shawarma in spades with these three of particular note. 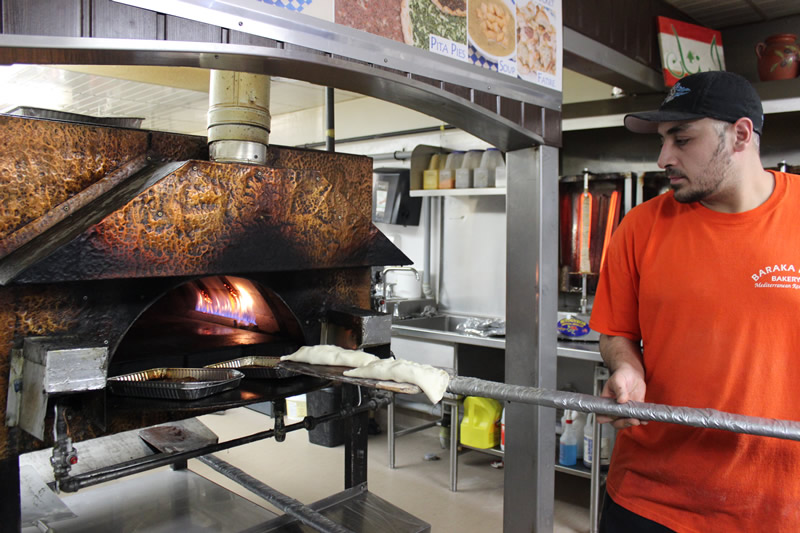 To start, you have to go with the classic, the local legend if you will for Winnipegers -- that being the chicken shawarma from Baraka Pita Bakery & Restaurant. While Baraka has other great Lebanese dishes on hand -- the pita pockets are particularly popular (alliteration not intended) -- this is a strictly shawarma post so that is where we will stick.

There are several things that make Baraka's chicken shawarma sing: the meat off the spit is tender, then crisped-up nicely without becoming too dry in their badass open-fire oven, the pitas are soft while providing just the lightest crunch (they are handmade and baked fresh onsite), while the spice blend is just right.

But the pièce de résistance is the incredible interplay between the oh-so-fermented Persian pickles and the house-made hot sauce and garlic sauce, which is so creamy and garlicky that it is almost out of control. This marriage between juicy, crispy chicken, spice, and that pickle that cuts through the creamy sauce is almost too much to bear. It nearly brings a tear to one's eye with the outrageous flavour in every bite. 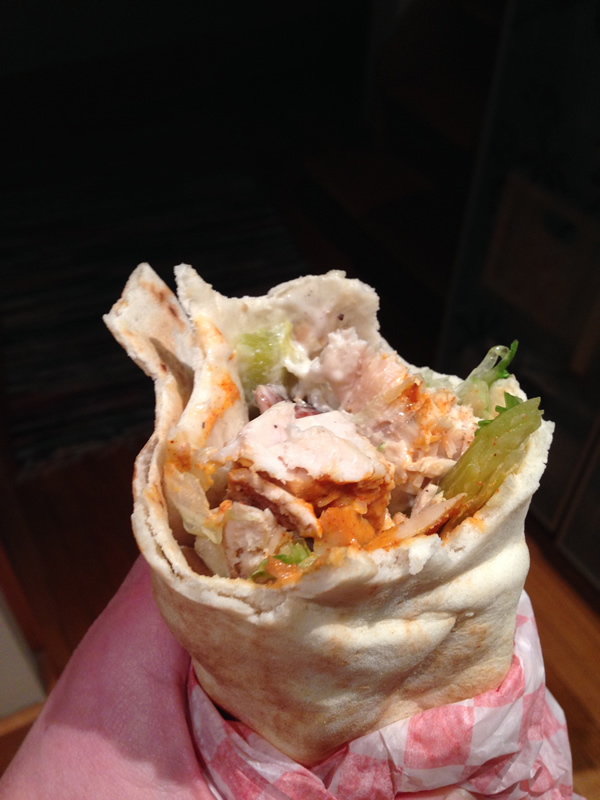 Baraka's shawarma may not photograph sexy, but that doesn't mean it's not beyond tasty (PCG)

Next on the list (and if you were thinking of this as drive, then it would be like going in a near straight north-south line) is Shawarma Khan, which, due to it's proximity to the Tourism Winnipeg office, I am a regular at. I do love the added care where they guarantee that the meat is "100% natural with no preservatives, no fillers, no hormones and no antibiotics," and I won't lie, Obby (the owner and former Winnipeg Blue Bomber) is a hell of a nice guy, as are his employes and all the owners on this list, as a matter of fact.

Now while this is suppose to be all about wrapping it up, I'm going to go out of the box by saying go with a plate at Shawarma Kahn, because the sides of Khan are top-drawer stuff that you don't want to miss out on. My choice is always the regular plate ($10.99) replete with rice, crispy potatoes, tabouli and beet/apple salad, along with both the hot and tahini sauce. When you put it all on one fork, it hits all sides of the flavour and texture spectrum, from the nutty tahini, to the creamy nature of garlic sauce, to the sweetness, acidity and crunch of the apple and beets, to the saltiness of the crispy meat. Really, what more could you ask for? 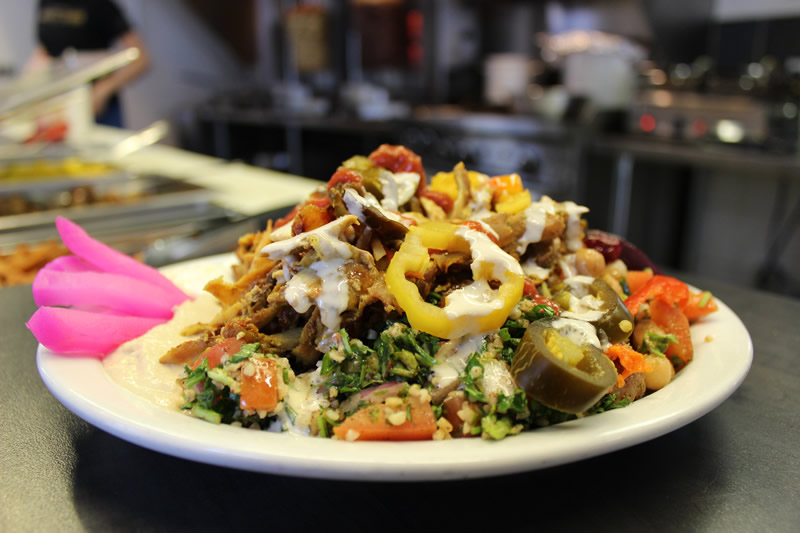 Finally, you have the most classic of hole-in-the-walls, or as I like to loving refer to it as a, "decor be damned, we'll wow you with our food," Best Pizza and Donair in Fort Garry. Props to my brother-in-law for directing me to this rough-hewn gem. The interior is seriously something to behold -- with speakers taped to the ceiling and well-worn stools with holes in their plastic upholstery -- but my word, one bite of their shawarma and you wouldn't give a toss where you are eating (plus, they mainly do takeout).

And why is this Turkish-style shawarma so good? Well the halal meats are perfectly slow roasted after an overnight marinate (and it should be noted that all the shawarma's mentioned are halal), while the garlic sauce is the most creamy and garlicky one of them all. Seriously, we once forgot the takeout container in the car overnight and our VW held that garlic smell -- of which there would only have been trace amounts of sauce, for my wife and I licked our wrappers clean -- for days. But it was so worth it, as is any trip to Best Pizza and Donair.

This place is also open until midnight on weekends for the university and Fort Garry set who are looking for some late night munchies (as you will certainly see if you frequent during those hours, giving you the authentic experience).

Now go to one of these three spots and get your garlic on, you'll thank me later, although your co-workers and loved ones may not be as enthused.

Post by Mike Green, who will be contributing to Peg City Grub on a regular basis.