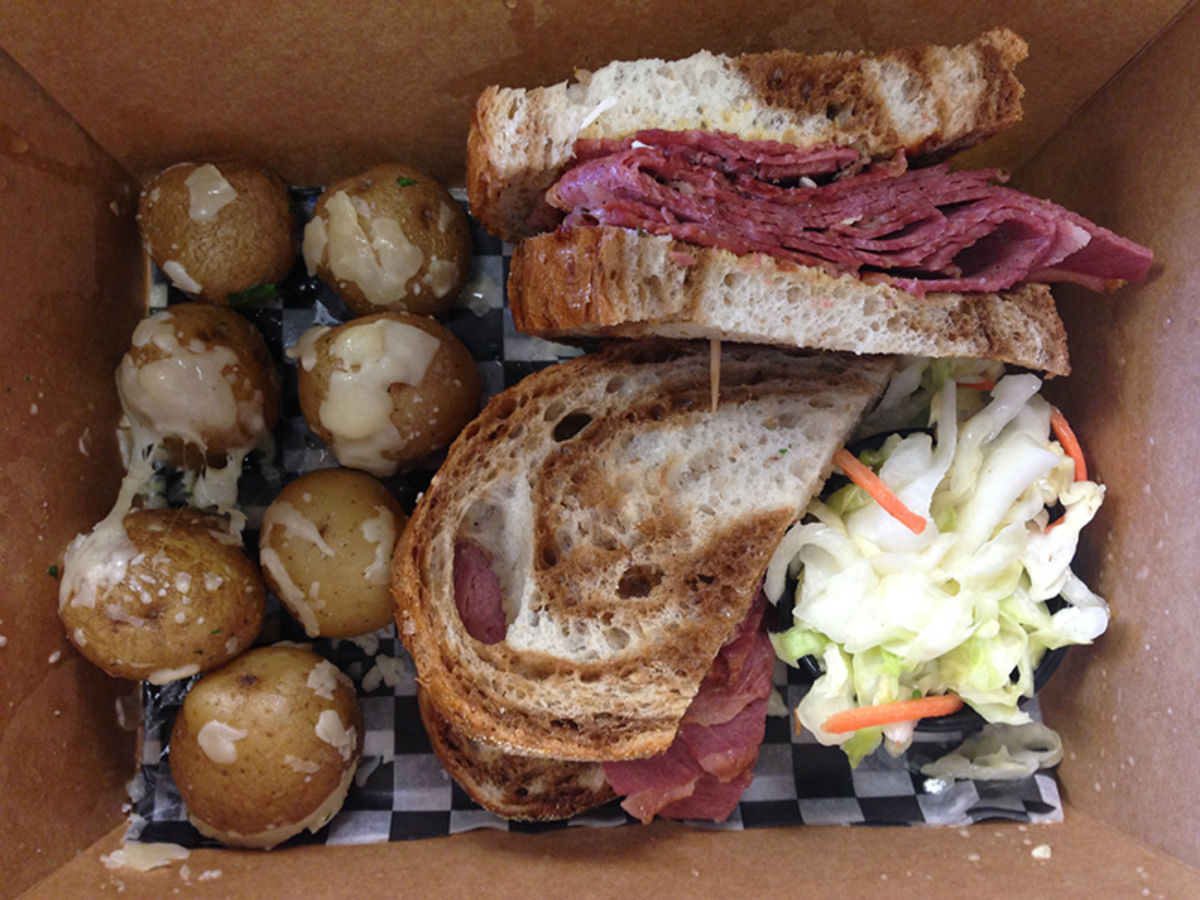 Slinging slaw, with some tiny tots and a hot pastrami 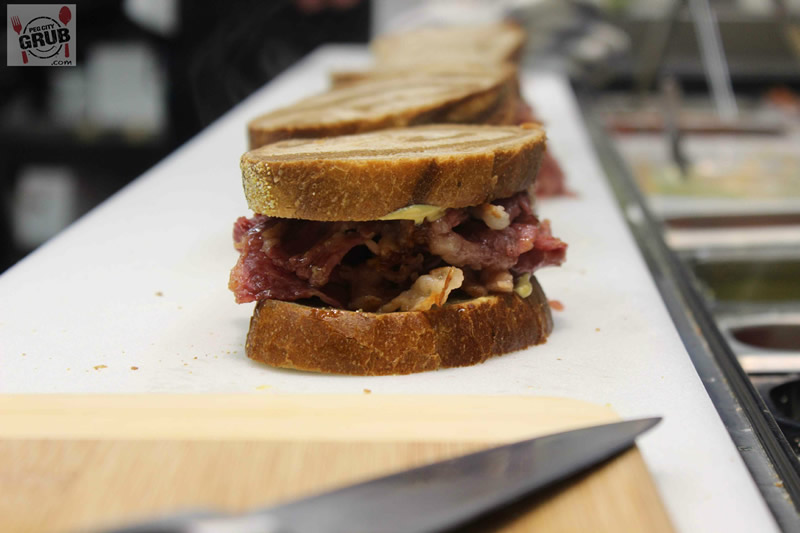 Pastrami on rye at Nicks on Broadway.

Winnipeg is in the midst of a meat battle. Or, at the vary least, a meat skirmish.

Meanwhile, Sherbrook Street Delicatessen, a Kosher-style deli with all those same principles, is scheduled to open in March.

All three delis are located in separate neighbourhoods: the Exchange District, Downtown and Wolseley. So, if the restaurant gods can get along, there will be business for everyone.

If the taste of Nick's pastrami on rye is any indication, this sandwich shop and café will be in Winnipeg for years to come. In a recent visit hosted by the Downtown Winnipeg BIZ, we sampled: hot pastrami with hot mustard on marble rye by City Bread; Vegetarian Rambo with a soy-braised portabello mushroom, tomatoes and feta; and the Broadway beef dip with herb-roasted beef and rosemary jus.

From the first bites of the pastrami, it was clear that food is loved and respected at Nick's. Tender, loving care was taken in its preparation, roasting and carving. Thicker-than-average slices were piled high between the rye slices. Bites were tender, luscious and perfectly seasoned and the tang of spicy mustard finessed this little treasure.

There is something so satisfying about this kind of simplicity. The sandwich is meat, bread and mustard. There's nowhere to hide if any of those elements fails.

There were no failures at Nick. The veggie sandwich, loaded with a thick portabello was, in its own right, a meaty bite. The salt of the feta partnered well with the slight sweet of the tomatoes. (Bravo Nick's for finding tomatoes in January that actually taste like tomatoes.) 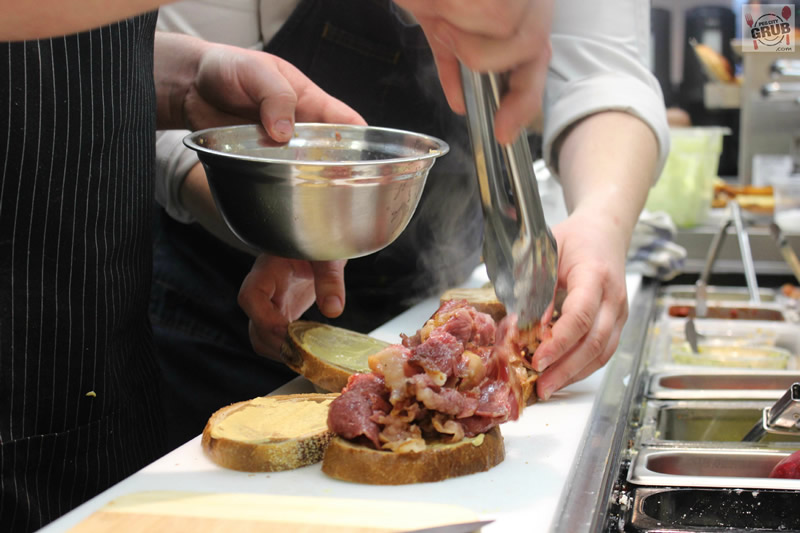 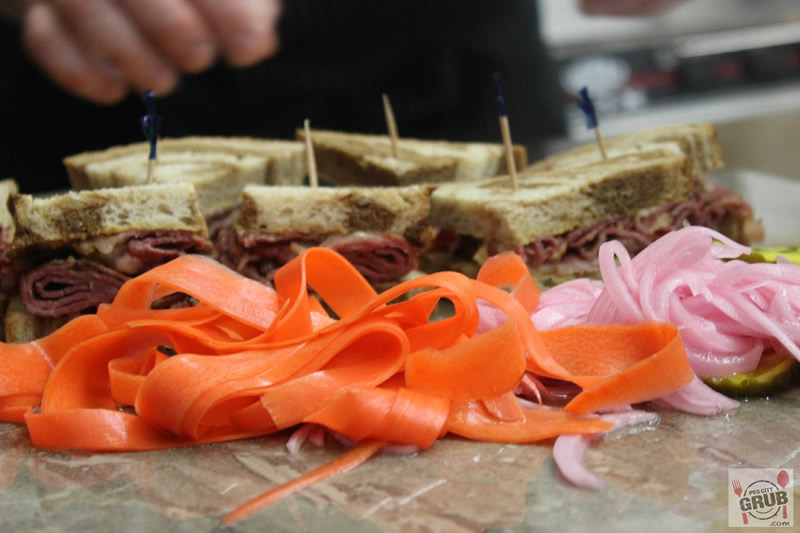 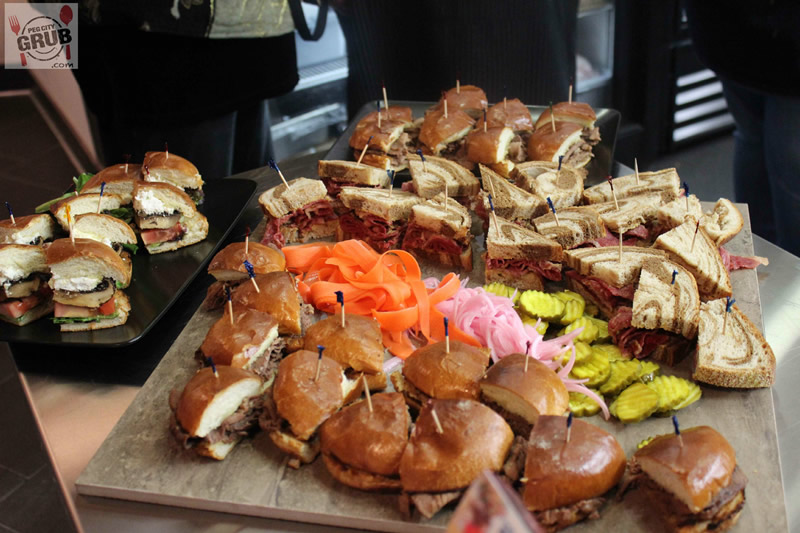