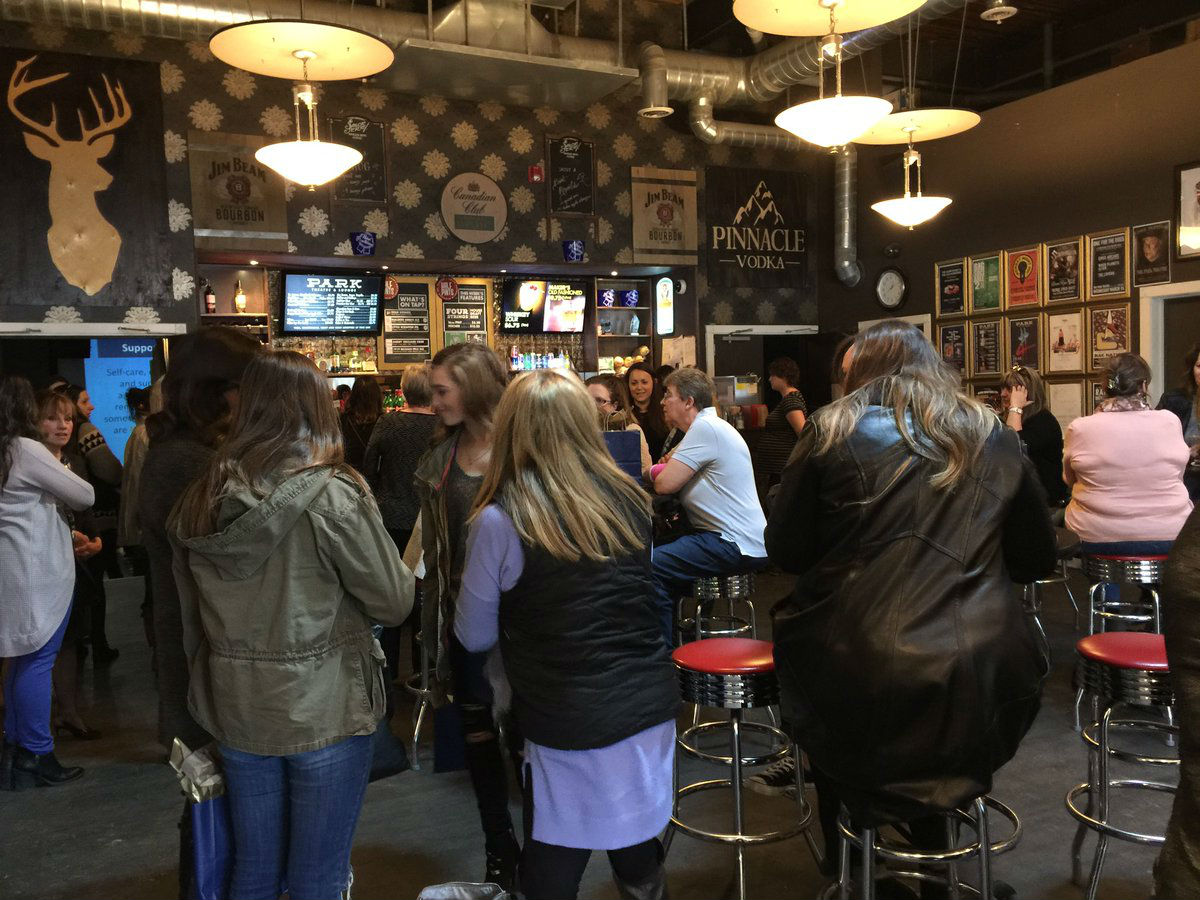 Line up for the lunch rush at The Cornerstone 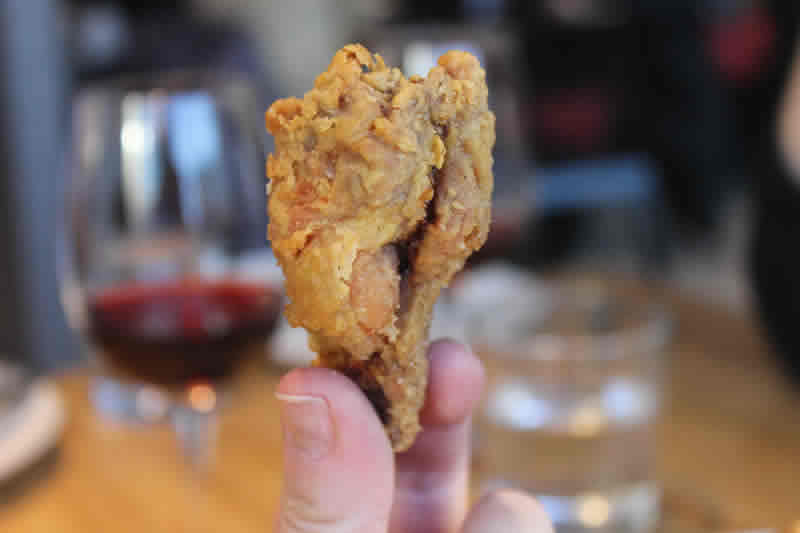 Like any city or town, there's always at least one restaurant, bar or hangout that earns 'old haunt' status. After more than 30 years, Papa George's in Osborne Village definitely deserved that designation.

After more than three decades in business, the late-late-night restaurant (open until 4 a.m.) was showing its years. And it wasn't exactly getting better with age.

That was then. This is now. In February 2014, The Cornerstone Bar and Restaurant opened its doors and began a brand new chapter inside the former home of Papa George's. Located at the corner of River and Osborne, The Cornerstone is a welcome addition to the popular shopping, dining and entertainment district.

The room is bright with large windows streaming in light from the north and east. A long bar is the hub of the action inside the busy establishment. We stopped in after work on a Thursday, and every table was full before the clock struck six. Tables were populated with 20, 30, 40 and 40+ folks. Children and infants were also spotted with parents. Seniors also supped. If the owners intended to attract a target audience, they got that and then some.

Owned by the folks behind The Grove, The Cornerstone's menu is modern pub grub. But rather than trying to please the masses with a massive menu, the kitchen sticks to a select 24-item food menu. Check out the menu here. (Read PegCityGrub's review of The Grove here.)

Six burgers and and sandwiches are served with choice of kale salad, fries or house chickpea soup. Mains include chicken and dumplings, crisp mackerel, steak and fries and daily pasta and omelette options. The menu is an exercise in brevity. Don't go to The Cornerstone with grand expectations of getting exactly what you are craving. It's not Earl's and it's not Moxie's, where vast options rule the day.

We started with a cheese plate with three varieties: Gruyere, Romanella and Stilton. Candied walnuts, bacon jam and tomato jam finished the plate alongside crostinis. The bacon jam was among the best I've tasted in Winnipeg. It's subtly sweet, and smoky notes delighted.

A bottle of Chilean Autoritas Reserva Pinot Noir ($27) was a smooth ride. We were in the mood for chicken wings so we saddled up to a plate of five-spice. The bites were a perfect harmony of crispy, moist, salty and ever-so sweet. (Chicken wings also come in three other varieties: honey garlic, chipotle BBQ and hot.)

Given The Grove's solid reputation as a pub with pub-plus food, we expected the same at The Cornerstone. We weren't disappointed. 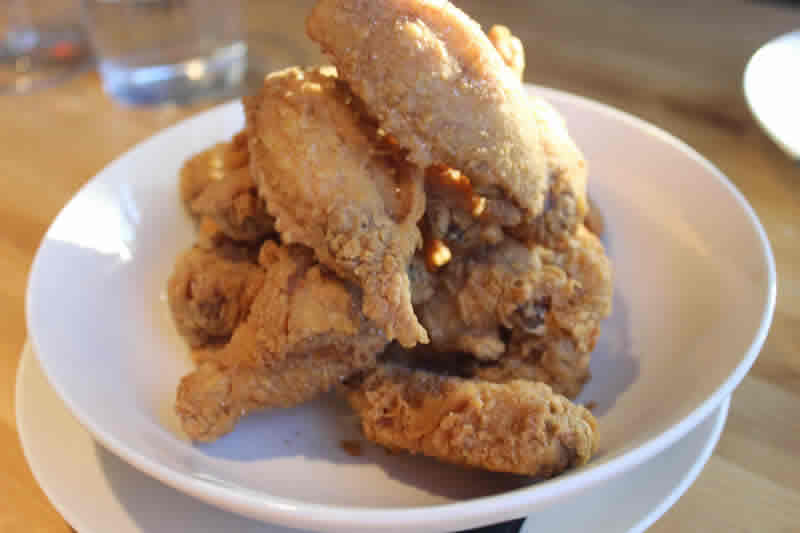 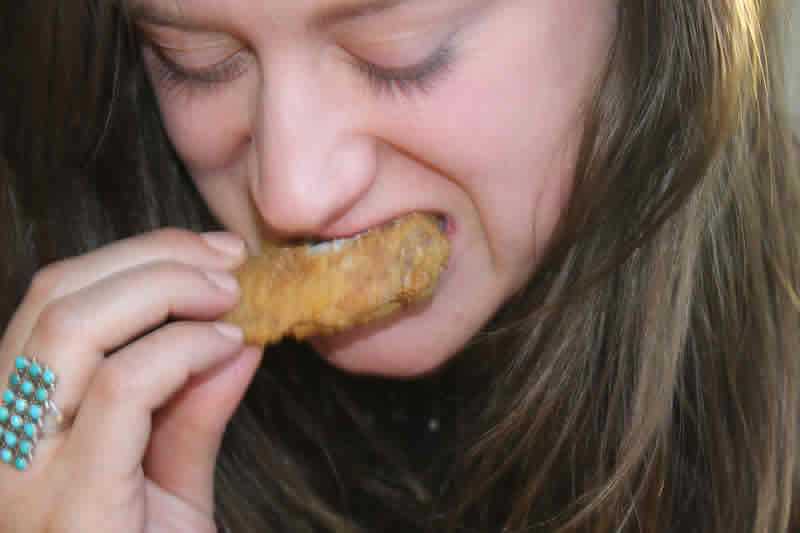 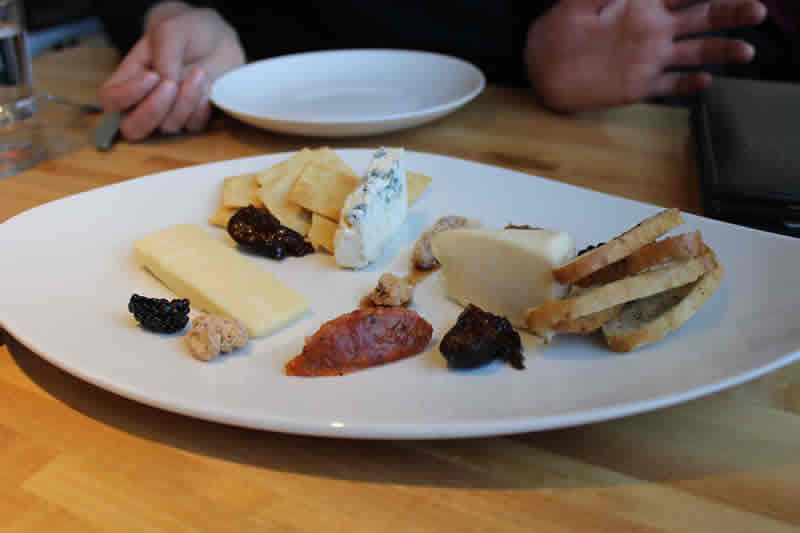 Behold, a beautiful plate of cheese, The Cornerstone. (Photo by Robin Summerfield.)