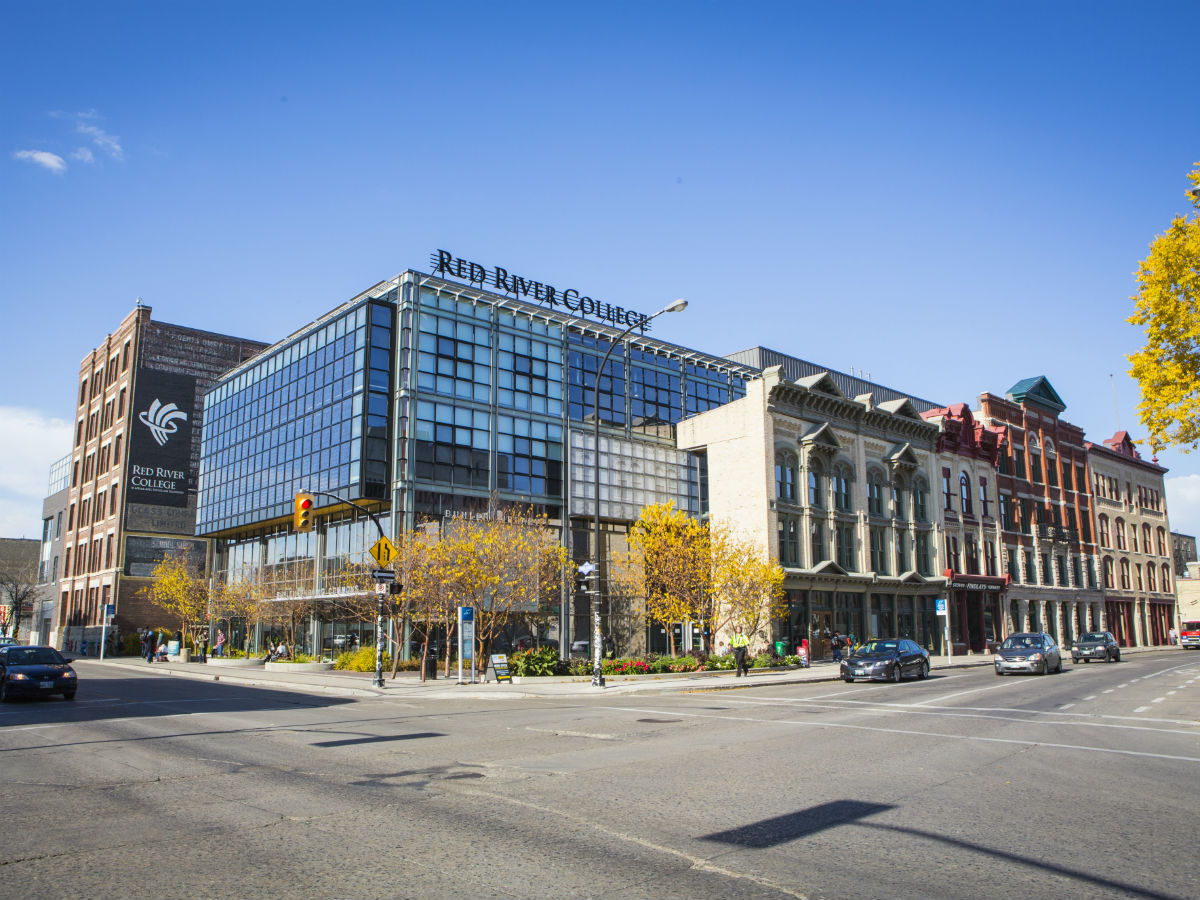 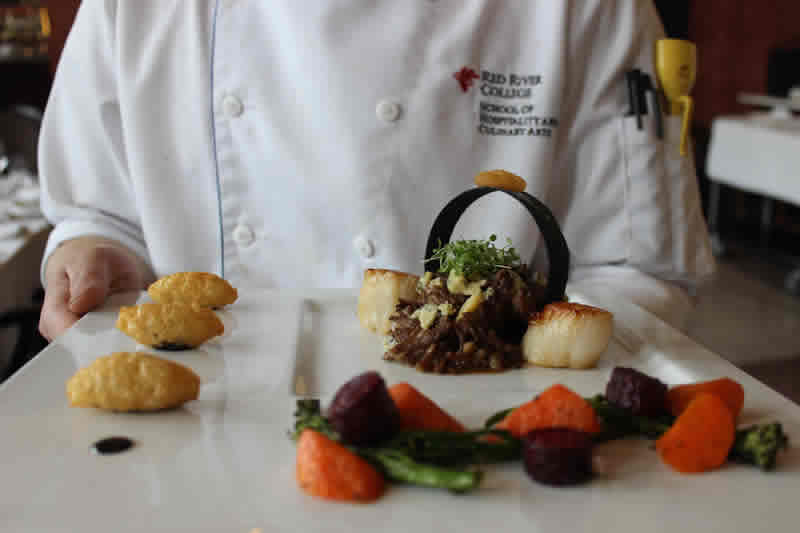 The first thing you notice when you walk into Jane's are the two-plus storey high ceilings strung with chandeliers. The dining room inside the circa 1904 heritage building is vast, beautiful and well-appointed. It's bright and modern while still retaining the charms of the past like its gilded ceilings and relief work.

The second thing you notice is the kitchen full of chefs. They are focused and intense. At one station, a young gun tends to a pot of stewing cranberries. Another pot holds par-boiled, thick-cut sweet potatoes. He doesn't have time for chit chat. That's because he's making the black box dinner special tonight.

And if it doesn't taste and look great, he'll get bad marks from his teacher.

Jane's is the training ground for Winnipeg's next generation of chefs. Red River College's Culinary Arts program is a two-year immersion in the world of professional cooking, baking and the hospitality industry.

Judging by the limited chatter in the kitchen, the program seems intense. Inside Jane's, lunch and dinner is served Tuesday to Friday. Chef/instructor Terry Gereta, who also owns renowned Winnipeg restaurant Mise, developed the menu of modern global cuisine. Steak, seafood, pasta, soups, sandwiches and salads get their due inside this 60-seat dining room.

Gereta is a fantastic chef. Under his tutelage, these students are bound for greatness. The menu reflects both Gereta's style, but also the need to teach students as many different food preparations as possible. Check out the menu here.

Back to the black box challenge. Every day, two students are given three ingredients each. One must make an appetizer, while the other makes an entrée. Both dishes, once Gereta has given his approval, end up as the day's specials. Students are given their ingredient list the day before so they have time to come up with ideas.

On the day I visited, Alex Wong, 21, prepared the previous day's entrée: braised short ribs with stilton, seared scallops, dauphine potatoes, roasted carrots and beets with broccoli and a squid-ink cracker with delicate and divine Tullibee ( aka Cisco ) caviar from northern Manitoba.

Both plates were impressive. And, Gereta said, both students received grades in the 90s for their work. The restaurant and kitchen runs like any professional establishment with one possible exception: if the dishes aren't up to instructors' standards, they get remade. Nothing goes out that doesn't look or taste great. And really, isn't that what we all want from any restaurant experience?

Reservations for lunch and dinner are not required, but recommended. Guests can make reservations here.

And if you are in the mood for a quick lunch bite, head over to Red River's Culinary Exchange. This counter-service cafeteria is also a training ground for culinary students. Soups, sandwiches and global cuisine is served inside a vast, sun-lit dining room facing Old Market Square in the Exchange District. 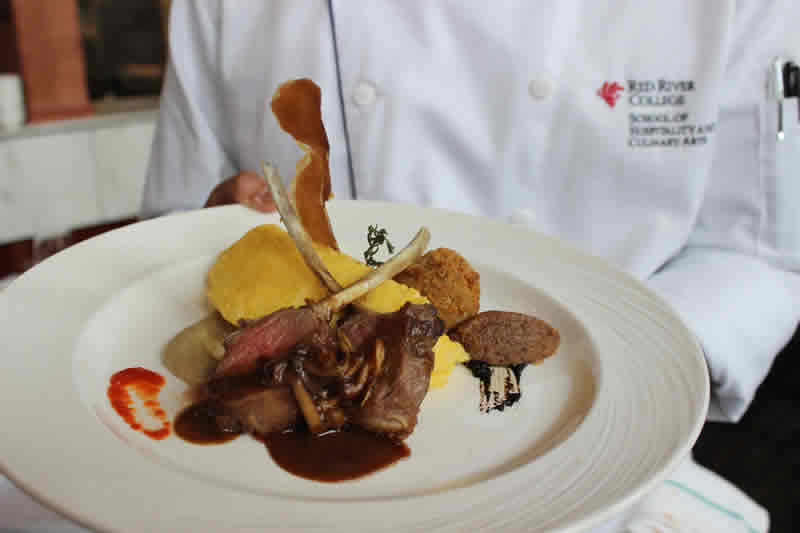 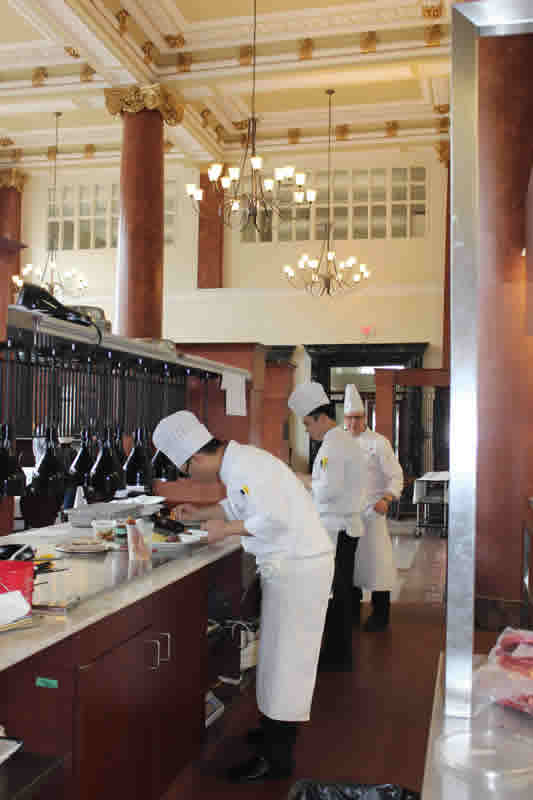 Inside Jane's at Red River College. (Photo by Robin Summerfield.) 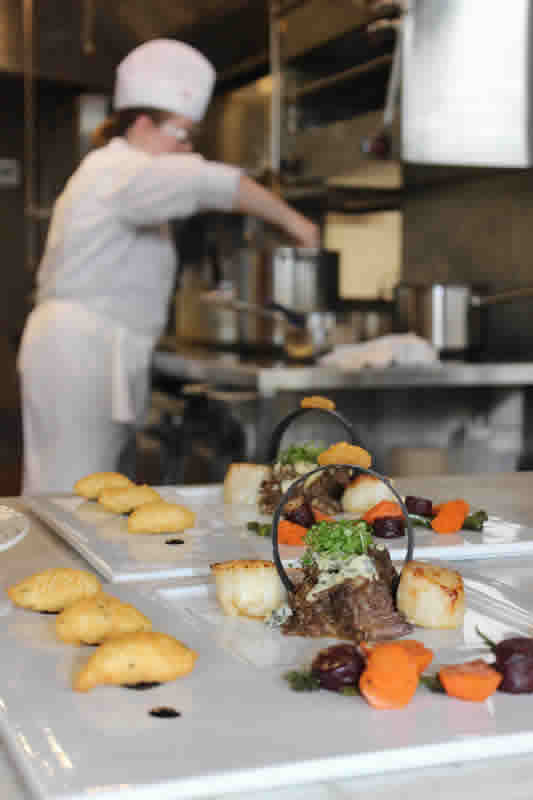 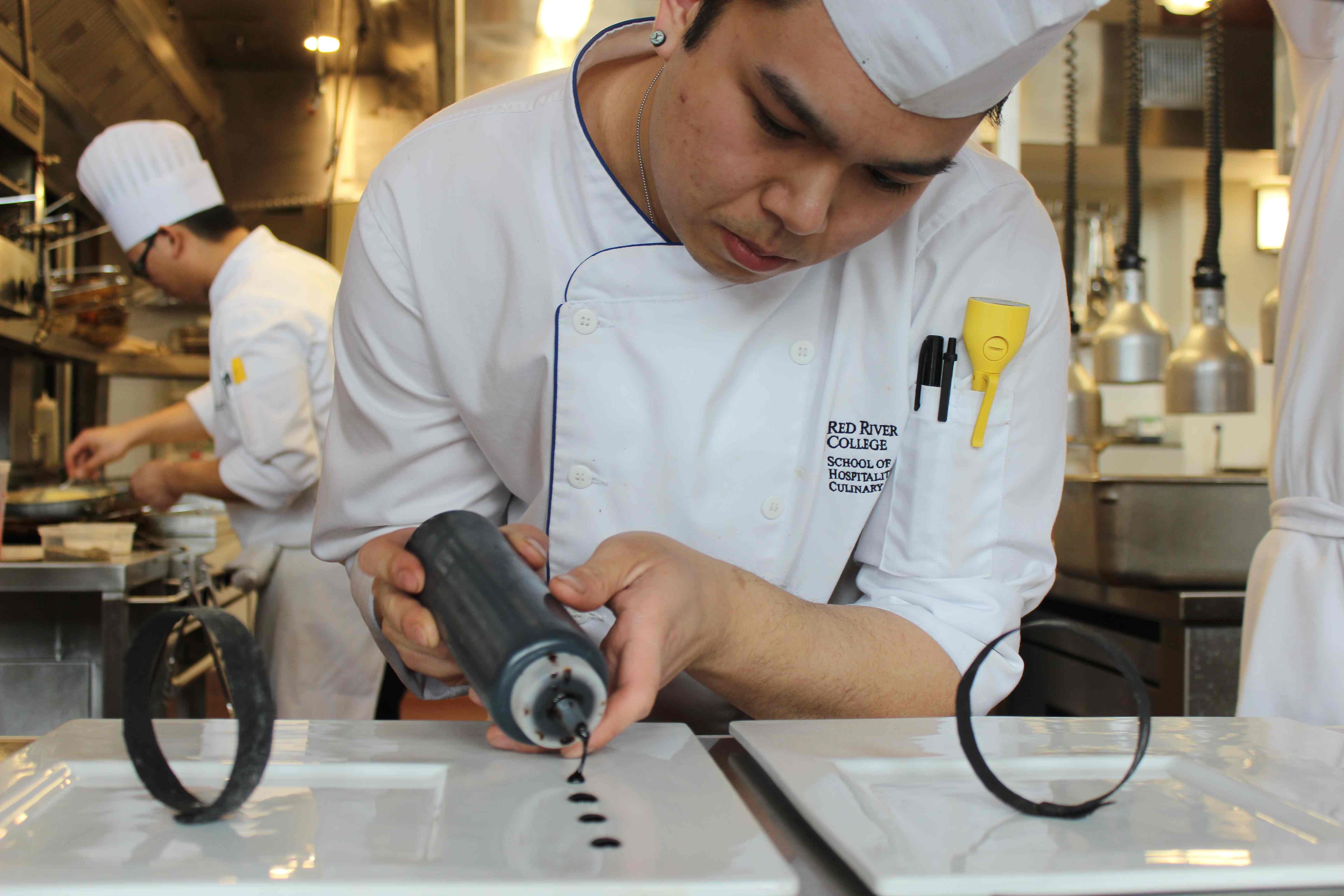