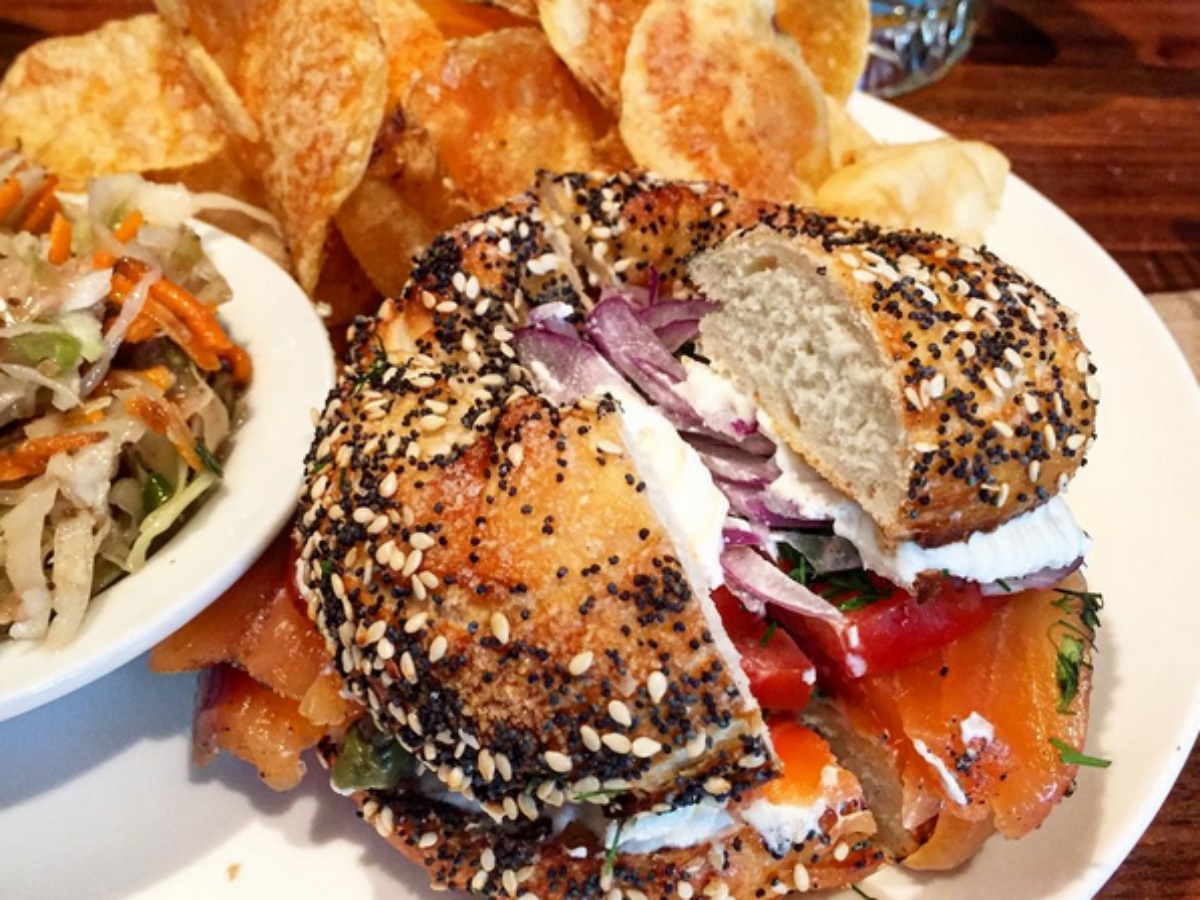 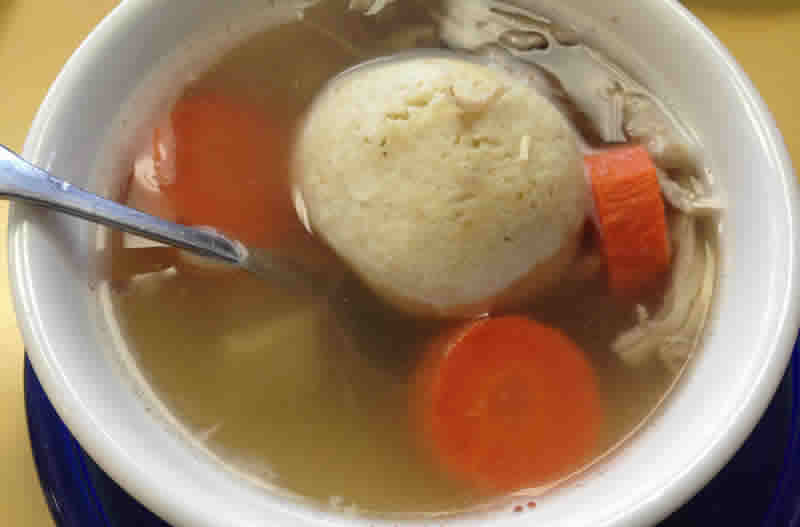 As restaurants go, Bernstein's Deli is about as unpretentious as they come.

Located in a strip mall deep in River Heights, this deli and grocery store serves and stocks traditional Jewish cuisine and prepared foods. The restaurant is basically a cafeteria with table service.

The thought of a comforting bowl of matzo ball soup drew me to Bernstein's. (I've been on quite a soup kick lately. Check out posts on spring soups here, warming winter soups here, and French Onion here.)

Chicken soup with matzo ball was in the pot. Instead of a simple broth with carrots and matzo balls, Bernstein's version of the day had shredded chicken throughout. The basis of a grand matzo ball soup is the house-made chicken broth. It should have that slow cooked, full-flavoured chicken deliciousness. At Bernstein's, that was certainly the case.

We couldn't resist a bagel with cream cheese and lox. It was simple, and simply fantastic. The cream cheese was a whipped dream. Tender slices of bright lox were loaded on top. About half way through, we started just eating the cream cheese and salmon, foregoing the bagel altogether.

Next up, a plate of pan-fried perogies with bacon and onions beckoned. While the dish wasn't exactly a Jewish staple, I am always on the hunt for a great plate of perogies. Bernstein's dough and potato pockets were tender and full of spud flavour. Crispy bacon bits and heaps of fried onions completed this favourite. Tip to the unwise: Bernstein's perogies are perfect hangover food.

We finished our Bernstein's experience with a cup of some out-of-the ordinary potato salad. Shredded carrot added extra pizzazz to this already fresh and spritely salad.

Bernstein's has an extensive menu of sandwiches (grilled, toasted or plain), burgers (including a bison version), salads and soups. In the attached grocery store you'll find a freezer full of frozen soups. Bernstein's makes 20 varieties including borscht. A refrigerator stocks scads of pickle varieties. Artisan cheeses and traditional Jewish foods, including Passover staples, are also all in stock. 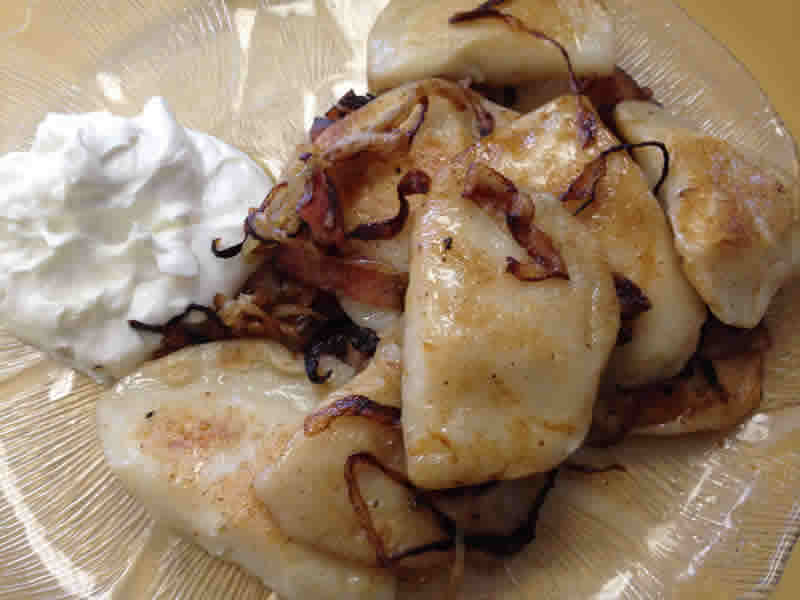