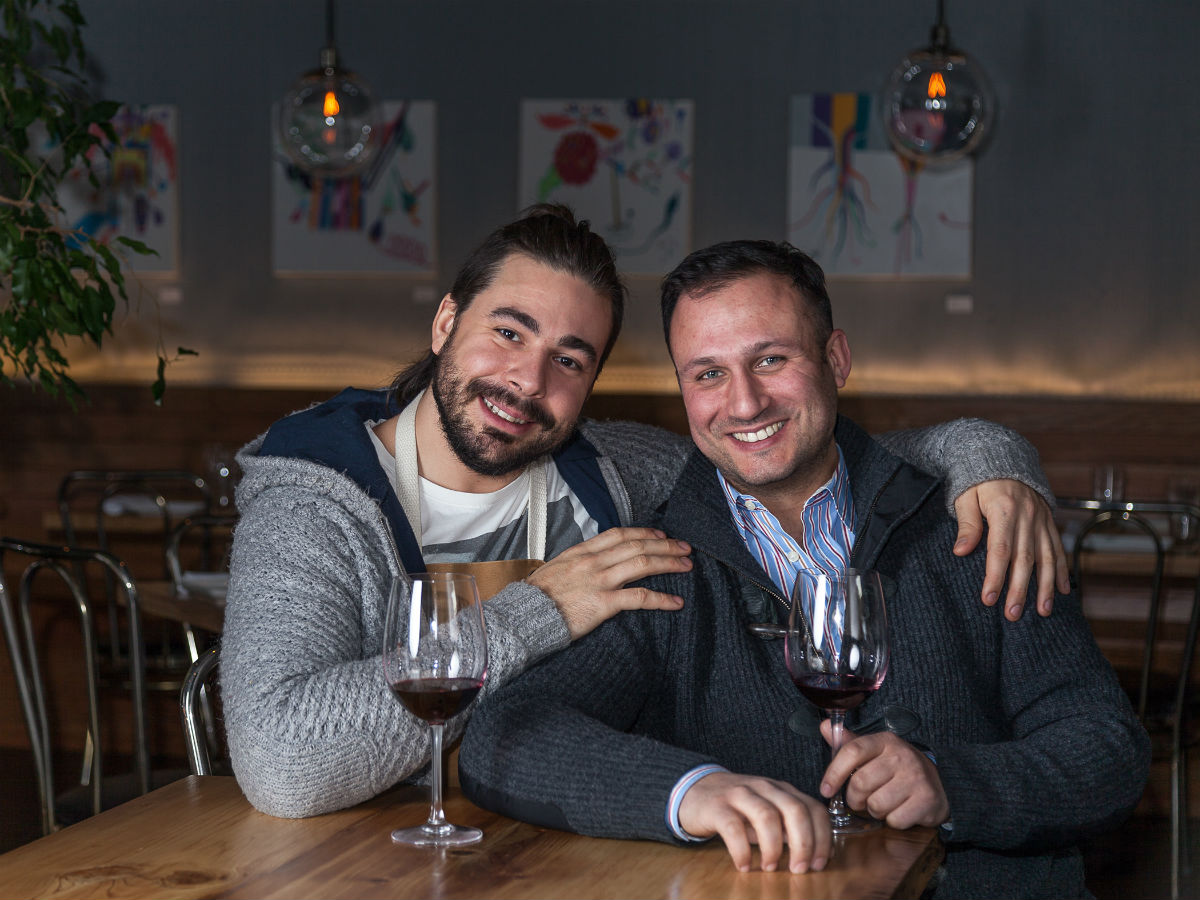 Mandel Hitzer and Joe Kalturnyk, the chef and designer behind RAW: almond 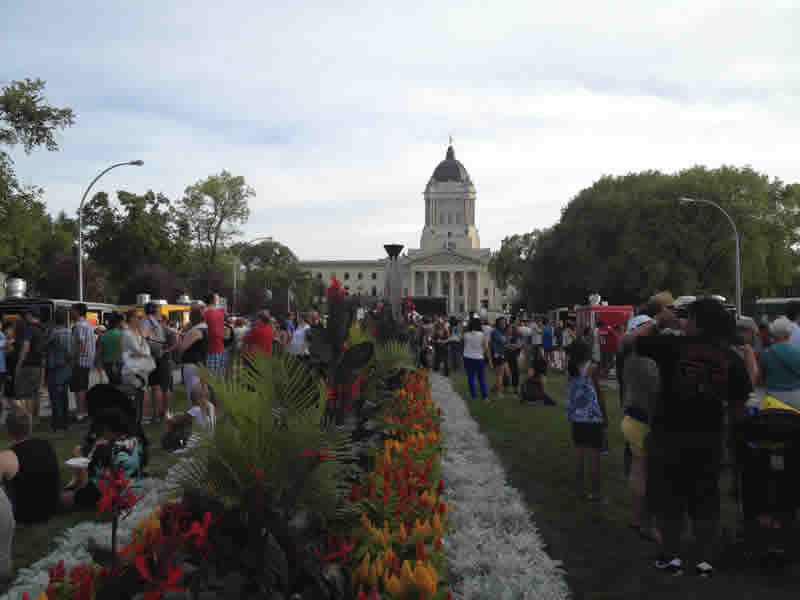 Winnipeggers came out in droves to Manyfest's Food Truck Wars in September 2013. Jason Svyixay at Downtown Winnipeg BIZ was one of the masterminds behind this new event.

But what we can be is pretty darn good. The city of 778,000 in the geographic centre of North America has some culinary chops and we're getting better by the season. That's thanks to Winnipeg's creative class who dazzle us with their big ideas. They make their dreams come true through hard work, persistence and a 'never say no' attitude.

Here are a few of Winnipeg's top foodie dreamers and doers:

Jason Syvixay, Downtown Winnipeg BIZ's managing director, is a force. Jason (with the help of other stakeholders) pulled off Moveable Feast, both summer and winter editions. The cycling food tour took riders on an eating and sightseeing tour throughout downtown, St. Boniface and the Exchange District. Cyclists stopped at top restaurants along the way to sample bites. So far, both editions have been very successful. More are planned. Jason and his team also pulled off Food Truck Wars. A dozen of the city's burgeoning food-truck fleet squared off during Manyfest in September. Winnipeggers came out in the thousands to sample street food. It was so successful, many trucks ran out of food.

Charcoal Collaborative is a group of young artists, designers, writers, photographers and food lovers who organized Burger Week, a competition to name the city's top burger. (Results are here.) Their website is loaded with gorgeous photography and great posts about life in Winnipeg. They have more food weeks up their sleeves for 2014. Their next food week is in the works for Fall 2014 but nothing has been finalized.

Chef Talia Syrie has been in the spotlight of Winnipeg's food scene since opening her Main Street eatery The Tallest Poppy, several years ago. While The Poppy is on a break, Talia isn't. She's since taken over the reins at Tansi, the café inside Neechi Commons. The Main Street market, bakery and art gallery is aboriginal focused. Formerly known as the Come 'n Eat Café, Talia has built the business from the chairs up. Bannock french toast, wild-rice croquettes, bison and other Manitoba specialties are frequently found on the menu. She is a passionate supporter of the Point Douglas neighbourhood, where she lives and works.

Chefs Jesse Friesen and Kelly Cattani have just recently appeared on Winnipeg's food scene radar. They aren't newcomers to the kitchen though. Jesse has the helm at 295 York (formerly Lobby on York) and has been quietly impressing his guests for several years with his modern takes on steak and seafood. Kelly, meanwhile, is Winnipeg's golden girl. She won Gold Medal Plates 2013 in Winnipeg and represented the province at the Canadian Culinary Championships in Kelowna in February 2014. While she didn't take home the crown, Kelly's career in the kitchen is on the rise. Check out her food, and the team from University of Winnipeg's Diversity Foods at Elements.

We must also mention Mandel Hitzer and Joe Kalturnyk, the chef and designer behind RAW: almond, Winnipeg's pop-up restaurant on ice. The 2014 edition, which wrapped up mid February, was an unmitigated success. Celebuchef Vikrim Vij was a guest in the kitchen. The restaurant expanded from 20 to 30 seats and they added a charming (if not rustic) tapas bar. There are rumblings about a summer 2014 edition. Whatever happens, we know it will be grand. In the meantime, taste Mandel's fantastic food at Deer + Almond. 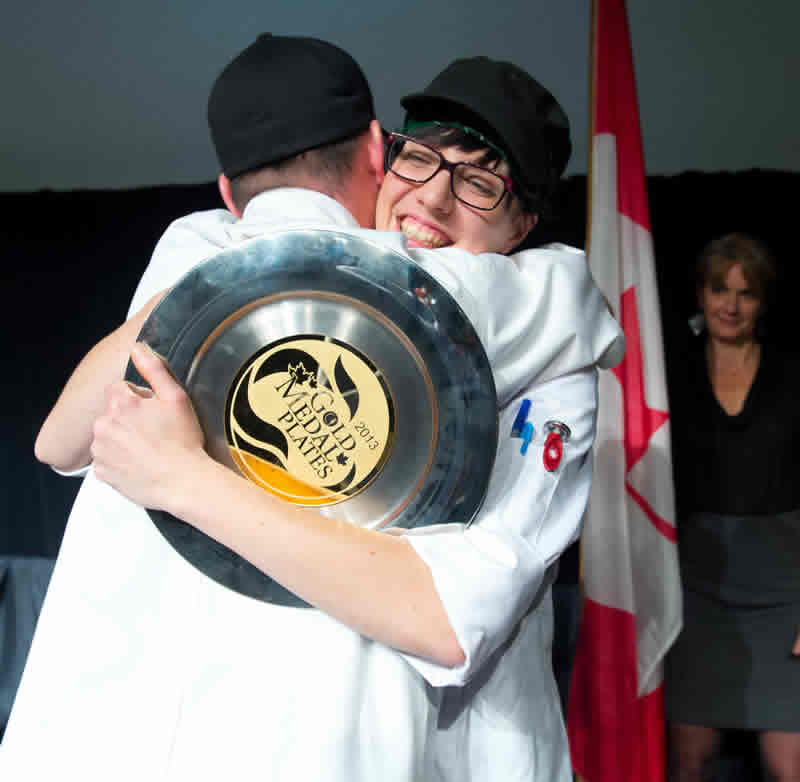