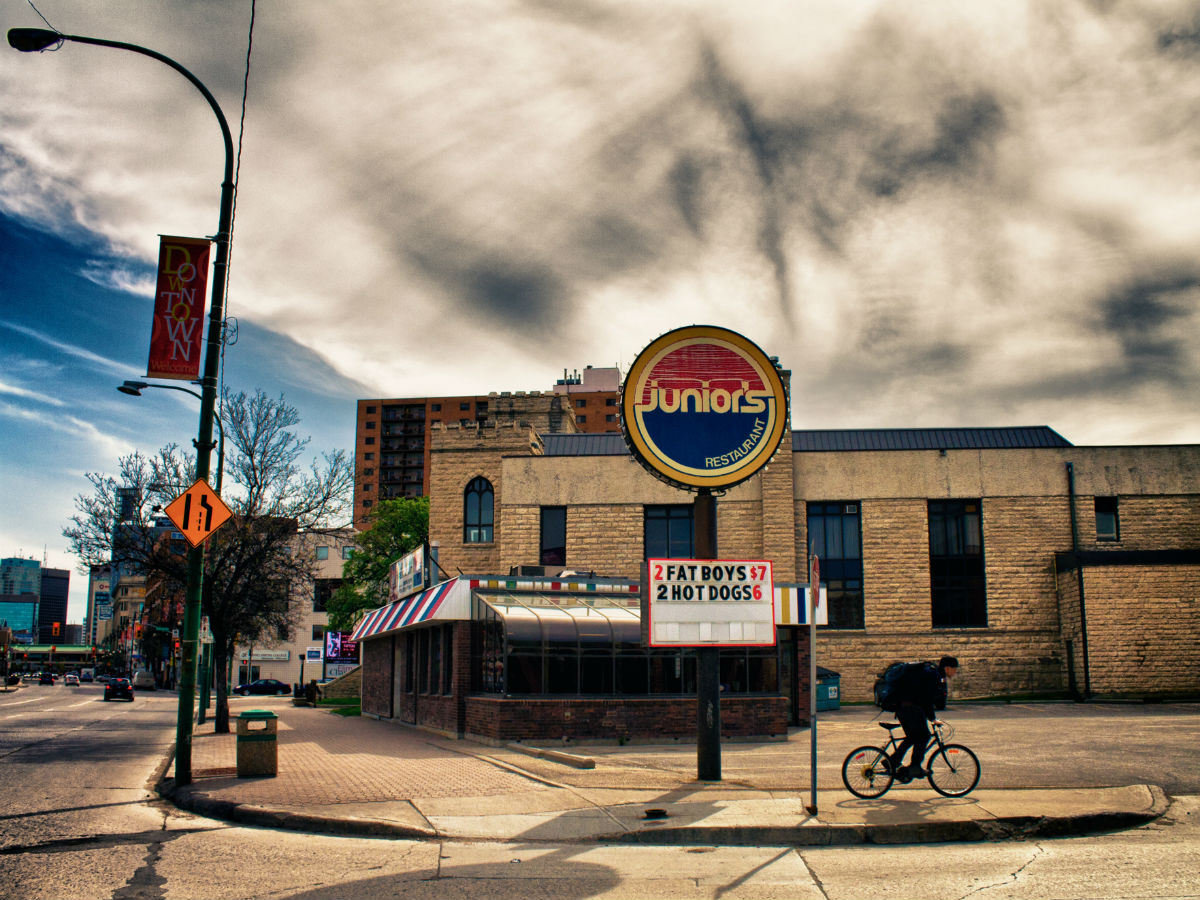 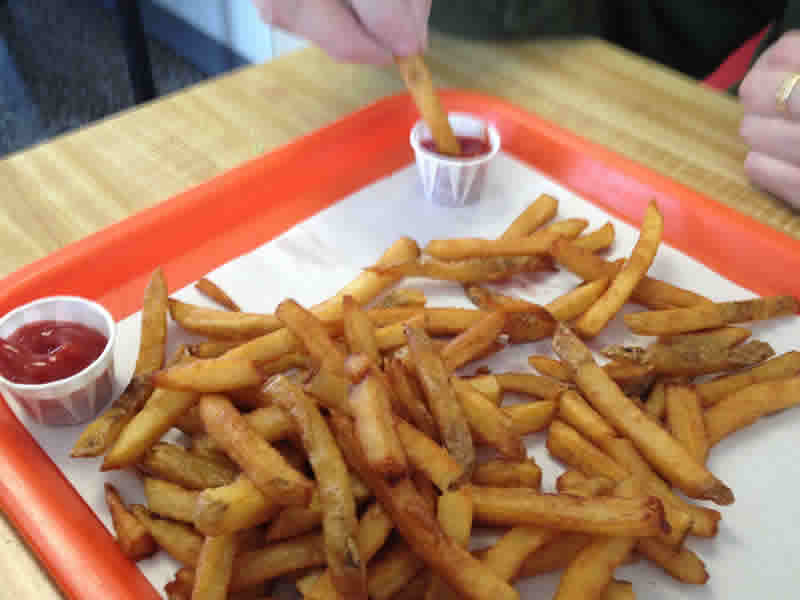 Winnipeg has an impressive burger pedigree. Some of the city's most respected and loved burger joints—VJ's, Burger Place, Daly Burgers and Blondies—have been on the scene for decades.

And Winnipeggers are a loyal bunch. Ask them what burger joint they love and you'll likely hear a handful of names. Junior's Restaurant makes the list too.

This burgers and fries stand has earned a rabid following.

That following likely doesn't include health food lovers but that's OK. Junior's, like everything else in the fast food genre, should be enjoyed in moderation. Some would argue it shouldn't be enjoyed at all but hey, French fries and a Fat Boy now and again is one of life's indulgences.

Junior's is a vintage burger joint with a1950s car hop vibe. An outdoor palate of red, yellow blue and white stripes catches the eye as you drive by any one of its three city locations. Inside, red, unpadded booths dot the landscape. Meals are served on red, plastic trays.

Fine dining it ain't. But what Junior's may lack in refinement, it makes up for in Fat Boys and fries.

Fresh cut, skin-on, crispy fries taste like real potatoes. (Potato flavour should be a given when it comes to fries but, as we know, that isn't typically the case.)

Spread the out on the paper-lined tray, squirt a serious blob of ketchup on the side, and let the dipping begin.

Fat Boy burgers, a chili-sauce topped patty, is the holy grail of Winnipeg burgers. For burger cred, joints must serve a decent (and often secret) chili sauce that gets the teeming masses talking.

Junior's has refined its own recipe—a sweet yet ever so spicy sauce that tops some burgers and smokies. The burger spot also serves grilled chicken gyros loaded with tzatziki, shredded lettuce and half slices of tomato. Truth be told, it was light on flavour.

Juniors should stick to what it's great at: being a fast food joint that serves a decent burger and fabulous fries.

That said, when it comes to grabbing a bite on the run, Juniors matches its competitors and has earned its spot on Winnipeg's best fat boys list.