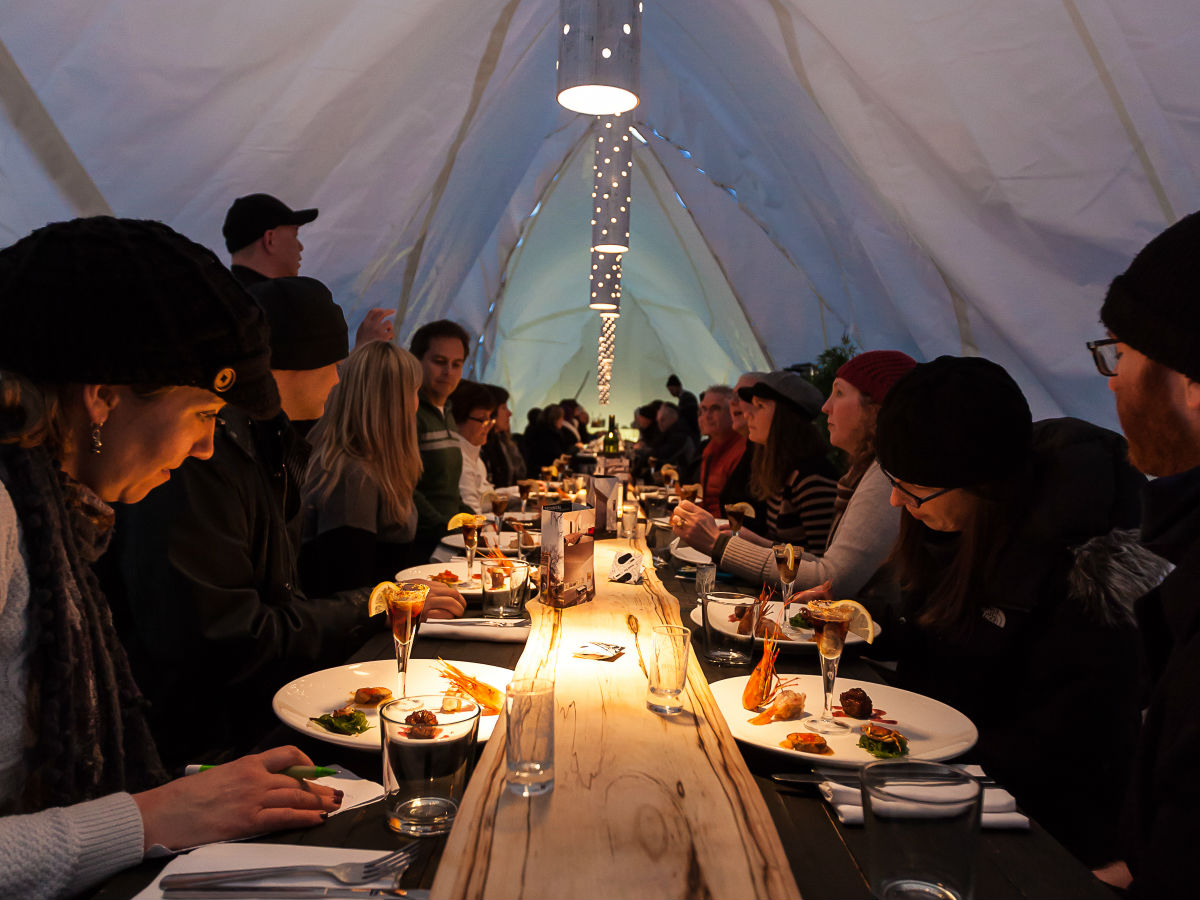 A band of Winnipeg's hottest chef hope to heat winter up with a new pop-up restaurant on the frozen river.

The innovative idea, perhaps the first of its kind in the world, will see a new temporary and contemporary 20-seat restaurant constructed near the juncture of the Red and Assiniboine Rivers at the Forks.

Called, RAW: almond, the outdoor warming-hut style restaurant will serve nightly, five-course tasting meals to 20 guests at a time, who will be served at a long communal dining table with tree stumps for seats. There will be three seatings per night starting at 5:30 p.m. The new venture will run for just three weeks, from Jan 24 to Feb 12, during the heart of winter. 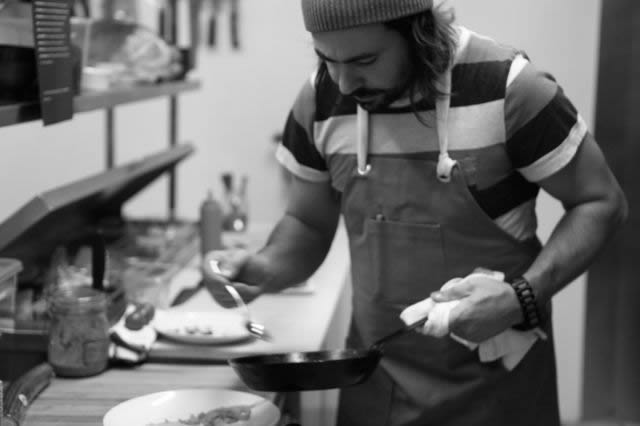 The two hatched the plan over a year ago and began working with the city to obtain the proper approvals.

Hitzer approached a handful of Winnipeg's most buzz-worthy chefs to join the venture.

He was overwhelmed with the positive response from his colleagues. In fact, in his haste, Hitzer neglected to reserve nights for himself as the lead chef in the kitchen. Instead, he will be there every night working alongside the host chef. 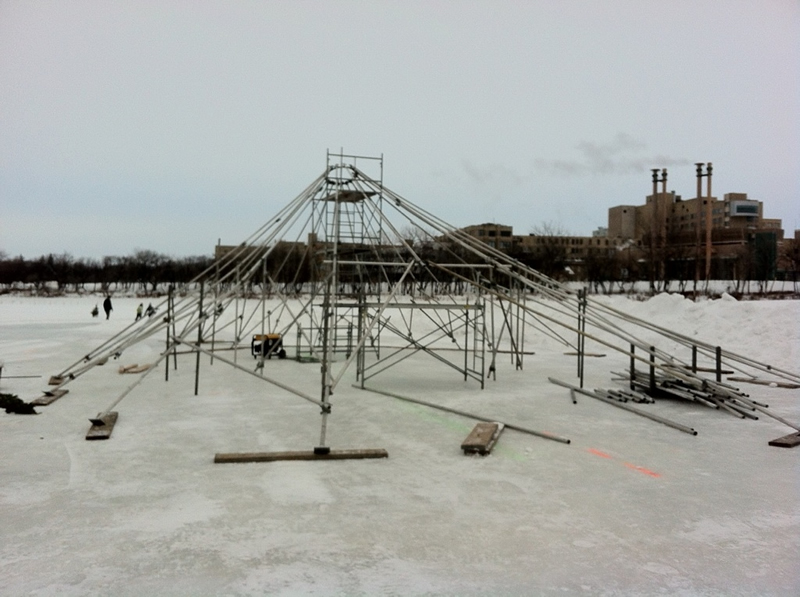 The night's menus are a secret until diners arrive. Hitzer says each evening's menu will have a central theme like rustic Italian or Asian fusion, for example. (Each chef, in collaboration with Hitzer, are creating their own signature menus.)

Diners are asked to dress warmly and expect to eat some amazing food. (A temporary bathroom will be on site nearby.)

Breakfast and lunch will be also be served on the weekends inside Raw: almond by The Tallest Poppy owner/chef Talia Syrie.

Peg City Grub and Tourism Winnipeg are sponsors of the restaurant on the river initiative, which organizers hope will become an annual event.

Return here for a future review, photos and a feature story about RAW: almond.

For tickets contact Hitzer at deer + almond at 204-504-8562 or head to 85 Princess Street in Winnipeg's Exchange District.