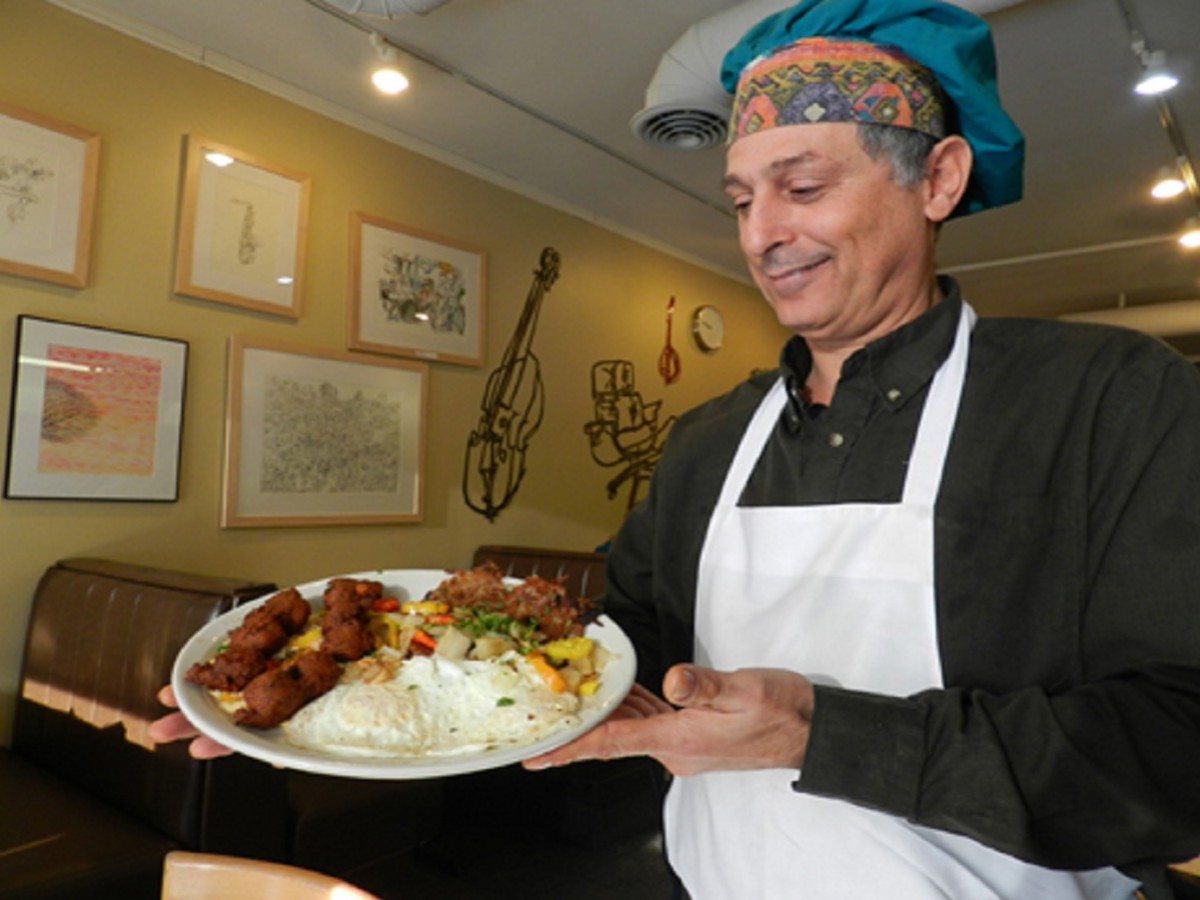 Everything you could ever ask for. 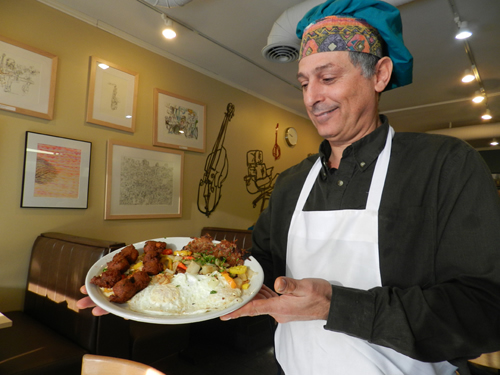 Call it a very serious case of 'late to the party.'

Falafel Place has been a staple on the Winnipeg food scene, in various locations and incarnations, since 1986. 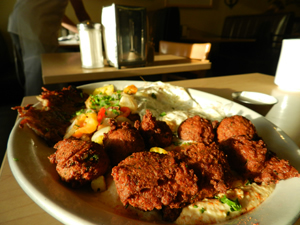 Which leaves one question: where have I been? Indeed, @PegCityGrub Twitter followers—a group of the city's most avid food lovers—have been singing Falafel Place's praises since the blog was launched 10 months ago.

So a visit was long overdue.

Inside his 65-seat, Corydon Avenue eatery, Hassan is the ultimate host, greeting every single customer at the door from wherever he happens to be standing.

Hussan is three parts charming, energetic and enthusiastic, and one part taskmaster. While I wasn't witness to this, Falafel Place regulars will attest to Hassan's briskness when faced with a full-house and a line-up out the door on weekends. Word to the wise: don't linger long after your meal is done if other patrons are waiting to be seated.

But make no mistake, Falafel Place is worth lining up for.

Hassan and his co-owner, Dean Desrochers, whip up fantastic falafels. They have mastered that magic formula of making fried chickpea morsels that are crackling crisp on the outside and moist in the centre. Potato pancakes are also a revelation in carbo-loading. Thin, shredded potatoes are fried crisp and topped with fried garlic, diced onions and banana peppers and sour cream.

An airplane mechanic by trade, Hassan immigrated to Winnipeg from Israel in 1985.

He didn't have a job so he decided to open his own restaurant.

And then with a laugh, he adds: “I'm still in the experimental stage.”

It sure doesn't taste that way.

Everything at Falafel Place—down to the jams, marmalades and hot sauces—are made from scratch.

Vegan and vegetarian meals are front and centre on the menu. But chicken schnitzel and lamb, turkey, beef and bison shawarmas are also served.

For all the latest food, chef and restaurant news, follow @PegCityGrub on Twitter. Please e-mail comments and questions to goodeats@pegcitygrub.com.