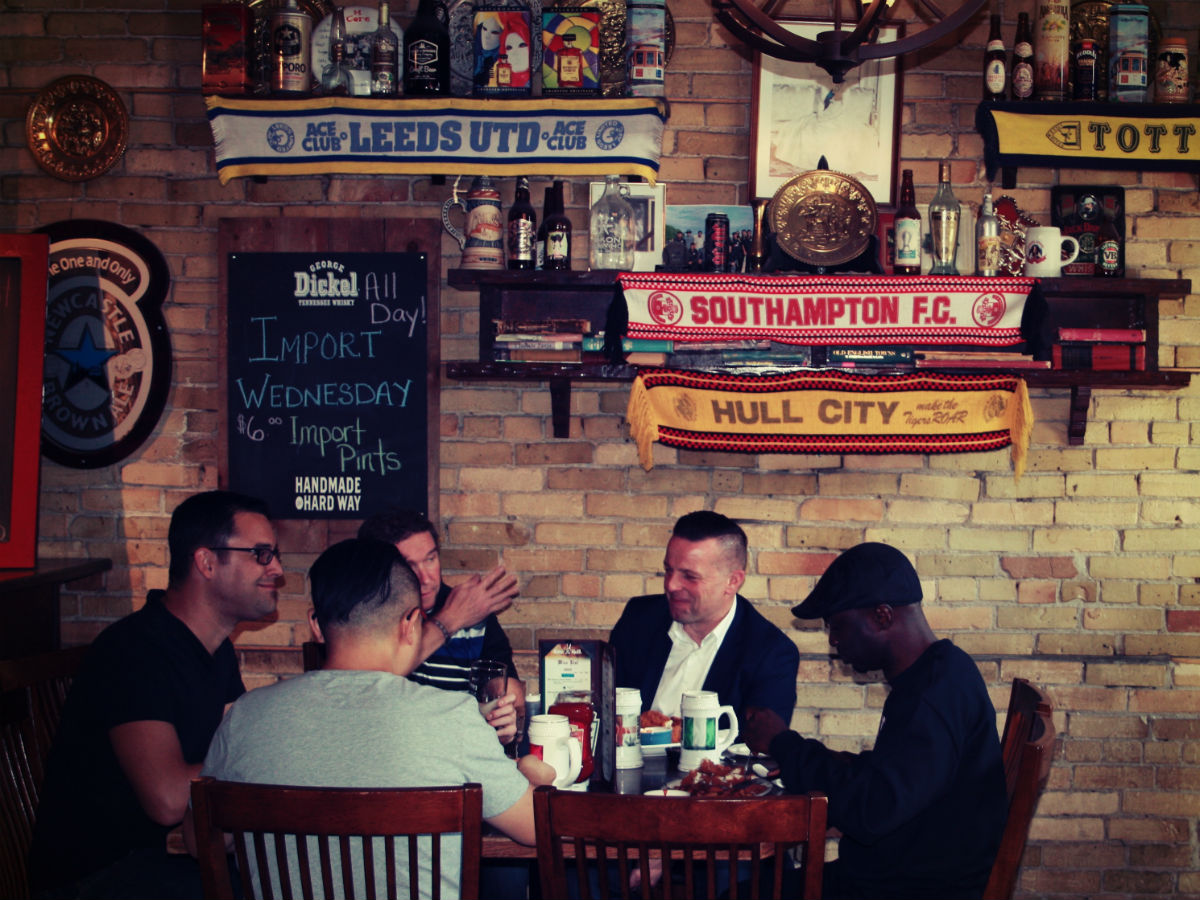 King's head afternoon regulars enjoying their company, amidst the considerate staff of the King's Head Pub. 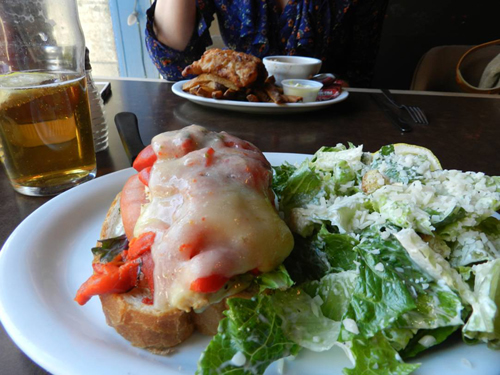 All the king's horsemen and all the king's men will find enough food to feed the whole army at Winnipeg's King's Head pub. English-style fish and chips is a clear favourite with many diners. Eat a few vegetables, all hidden under a canopy of melted havarti, in this open-faced grilled chicken sandwich with roasted red peppers and spinach

Winnipeg's King's Head Pub & Eatery, an English-style drinking establishment and restaurant, is the place to ease troubles and forget worries.

The warm and engaging staff greet you as if you're a regular and make effortless chit chat as if you've been coming there for years.

They also serve 27 domestic and imported beers on tap to help smooth out any rough edges.

Whatever it is, the King's Head is a low-key and comfortable affair, where the dress-code is so casual, anything short of pajamas will do.

It's an English-style pub: the walls are dark and the two bars (on the main and second floors) have a big footprint on the floor plan. With that said, there's plenty of room for billiard tables and seating.

Diners go to the King's Head expecting a relaxing night with friends and a decent meal of pub favourites, including authentic Indian curries. Sandwiches, salads, wraps and burgers are also served. Indian kormas, curries and butter chicken, bangers and mash, shepherd's pie and fish and chips are the standard bearers on the menu.

In the summer, the King's Head patio is one of the city's most popular spots, especially during festival season (July).

Located across the street from the Exchange District's Old Market Square, King's Head is right in the centre of the action during Winnipeg Fringe Festival, the city's 25-year-old live-theatre extravaganza.

The rest of the year, the King's Head hosts music acts, improv groups and is the stage for a weekly taping of “Week Thus Far,” a local cable show about life in Winnipeg.

If you're with friends or looking for a place to eat solo and get a beer, King's Head is one of the friendliest places to be alone. Take a seat at the bar and conversation with strangers is sure to ensue. Great conversation amongst bar mates is one of the hallmarks of a great pub and King's Head has mastered the craic.

Turns out you can make friends with salad