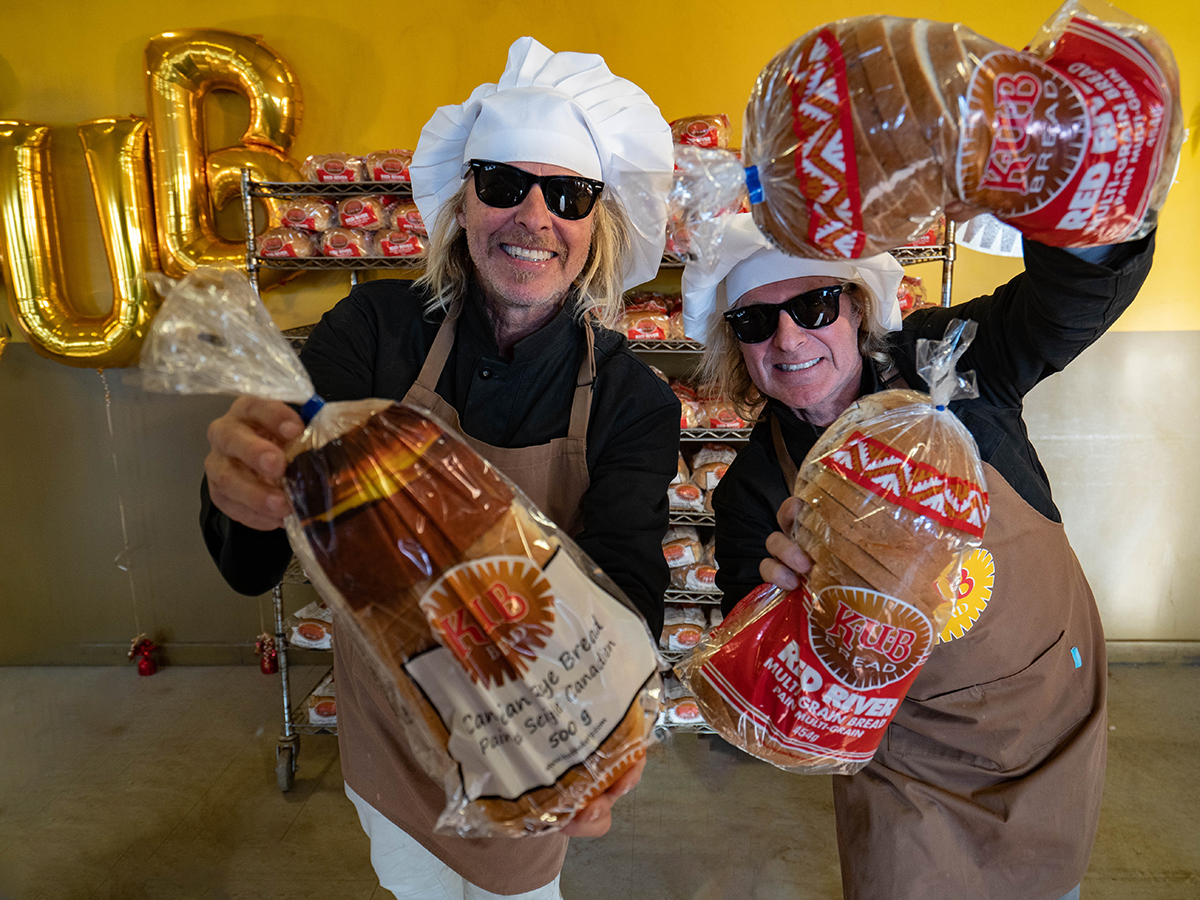 Rye bread fans who were crusty because of KUB Bakery's closure late last year can once again rejoice.

The iconic Winnipeg institution closed its doors on November 2022, just shy of its 100th anniversary. KUB (short for Kucher’s Ukrainian Bakery) was originally founded in 1923, baking for generations before being purchased by the Einfeld family in 1982, who ran it until they  closed its doors last year.

Just when locals thought KUB wouldn’t produce another loaf, Winnipeg born-and-bred twins Chip and Pepper Foster (known for their rad tie-dye fashions in the late 80s and 90s, NBC Saturday morning cartoon show, and their designer denim in the 2000s) have swooped in from Los Angeles (thanks to WestJet’s new direct flights) to purchase this legendary business.

"We love the brand, we're going to fine-tune it, [and] there's no better brand with history here. We're really, really pumped up about this," said Pepper Foster at today's press conference.

"We used to as kids grow up with this [bread] at socials–my dad used to bring this home,” continued Pepper.

No stranger to putting dough into the city's culinary scene, Pepper and his wife Vanessa also co-own The Pennyloaf Bakery on Corydon Avenue, which they purchased last summer. At Pennyloaf, they've continued to produce the outstanding sourdough that this top bakery is known for, along with bringing in an espresso program too.

Chip and Pepper have always been great at creating brands, so they believe they can take KUB in a new direction by establishing a new centralized operation base in the next three months, all while helping create jobs for local Manitobans.

Winnipegger's can expect the same great taste as former production manager and owner Ross Einfeld has passed on the original recipes. Stay tuned to its website for when KUB breads will be back in regular stock.