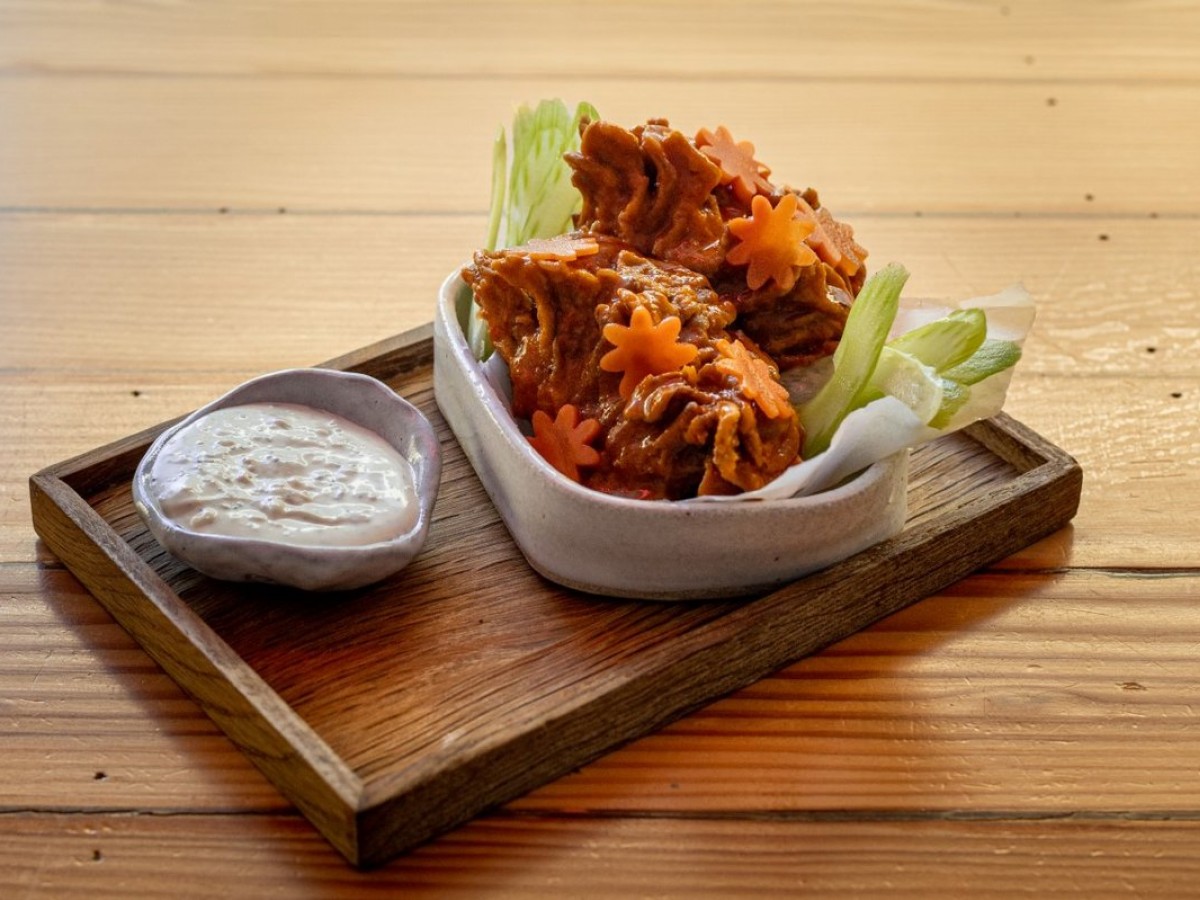 Our first ‘best things’ instalment is all about the best dishes and experiences we had in the city in 2022—namely from Mike, but with some staff picks too.

If you’re looking for even more top dishes,  Part two is coming out shortly, while our new Best Eats website gives you a snapshot of the city’s best in easy-to-navigate categories, with more to come (yes, we know Famena’s Famous Roti needs a listing, so we’re working on that now!)

As always, we appreciate your readership this year and we hope you’ve appreciated our culinary news and reviews—more importantly, how we’ve stuck to our resolutions to never use the words “elevated, appies, foodie, moist, pivot and mouthfeel.”

Favourite dish of 2022: Buffalo fried maitake mushrooms from the bar menu at deer + almond. When my wife employs expletives to describe her first bite of food, it’s always a good sign. On this one, after already progressing through some incredible dishes from the d + a bar menu (yellowfin with citrus and a grilled baby romaine salad were both deemed “lovely” along with “that char is so nice”), she exclaimed, “Now that’s a $^#Y@ flavour explosion!” which was apt.

New d+a chef/co-owner Kris Kurus has created a dish that seems basic: he simply soaks a bundle of maitakes (also known as hen-of-the-woods) in a mix of milk and water for an hour, pats them dry, then dredges them in his house “KFC” batter before frying. But the results!

The crust is flavour city Manitoba, the juices of the fungi become concentrated within the crust, adding extra layers to its naturally peppery, umami-forward flavour and the texture is so meaty. Being an ode to buffalo-style chicken wings, you get a ridiculously good ranch for dipping, along with a little basket of celery and carrot sticks to finish off the tongue-in-cheek nature of the dish (see headline photo).

I was telling Shan Shuwera (who would be the perennial “front-of-house pro” if we had such an award) about how good these were a few days later, and that night, as a customer with a Rioja winemaker he said, “Lights out bliss. We ate three orders–not joking. I think Mandel [Hitzer] cut me off from ordering another one.” This dish is that good, plus it is still on the bar menu right now, unlike so many other stunning dishes we’ve had at d + a this year (the restaurant has been absolute fire in 2022). Other stand-outs include the chicken liver toast and the miso scallop Rockefeller from the winter menu.

Most fun we had while dining: The patio at Petit Socco. We took part in the kitchen party here during the fifth night of service and as you can read in the review from August 26, we had a blast. Between people popping their heads into the little patio to say how excited they were to hear chef Donnelly was back cooking, to making new friends at other tables, to delicious dishes like seared albacore tuna with white beans and beurre blanc, it was a time. And all those sauces! There’s a new menu each week, with dishes often varying each evening. Give them a call to make your reservations.

Where to go with another couple (or with four people)/one of the best dining experiences of the year: Nola, hands down. The shared plates are all able to accommodate four people without anyone having to be shy about their scoops, plus every dish that comes out of Emily Butcher’s kitchen sings with the perfect amount of acidity. The beef and beet tartare in particular is a knockout dish (who knew that pickled beets, raw beef and green goddess could be the new holy trinity), with the papadam-like wonton chip perfect for loading it all up into one bite.

The way the kitchen progresses the dishes is beautiful at Nola (shout-out to chef Scott Malcolmson who was expediting). Highlights that we ran through include the corn + nori fritters, Rueben goyzas, gunpowder carrots (that warm spice rub with all that cumin and smoked paprika, aces!), haloumi Waldorf (hooray for squeaky textures and grapes), baked potato gnocchi (that sauerkraut beurre blanc–baste me in it), and the yam + chili agnolotti with that sweet/smoky charred onion (high fives to chef Colin Naylor for rolling out that perfectly al dente dough—this dish is a dream.) You must finish with the scallops, which justifiably received all the hype from enRoute and The Globe & Mail. We paired it all with a few bottles of Pomelado, a Spanish orange wine that’s a sauv blanc blend with plenty of nuttiness and honey crisp apple notes that worked well with all the dishes.

And don’t skip dessert(s). While Dan Clapson writes this in the G&M about the parsnip and black sesame cheesecake: “If someone has yet to fly to Winnipeg specifically to eat a slice of cheesecake, I may wind up being the first to do so,” I’ll say the new warm persimmon upside-down cake with pumpkin spice cashew ice cream and black beet caramel is equally worth the ticket. It’s so wintery and reminiscent of sticky toffee pudding (the ultimate winter dessert) and I have no idea how it’s vegan, particularly the ice cream given its rich texture. And speaking of which, Nola could also be listed here as best new spot for vegans, as it has a  whole dynamite vegan menu.

Dish I ate the most this year (according to my credit card): The Arabi Shawarma platter from Danook. I love Danook and when I leave our office at Portage and Main, I can see it as soon as I look across Main Street. The staff and family that runs this place is so friendly and it’s super quick for takeout. This simple-seeming Syrian shawarma comes in a thin saj, where most of the surface area is crisp from being pressed. The platter includes a huge scoop of garlic sauce for extra dunking–there’s some already in the saj, along with pickles–and this addictive black sesame hot sauce. The fries are crispy, there’s a small offering of pickled vegetables (namely beets and tomatoes) and more pickles, and altogether it’s just a lovely interactive lunch as you can continually dunk everything in both sauces. Apparently, I eat it almost once a week.

Honourable mentions here should also include (noting our office is at Portage and Main, so it’s all walkable): the BLT from  King + Bannaytne (love that bean and kale salad when it’s available); the two-empanada combo with soup from Corrientes (its soups are so good); poke bowl on brown rice from Chosabi; and the deluxe vermicelli from Pho Hoang Portage.

Starting with Cake-ology—it’s about time that lineups have started to form at this Exchange District pastry shop. Since taking over the space in summer 2021, chef Austin Granados has put his full pastry pedigree on display with regular items like the kouign-amann and the burnt Basque cheesecake. The former, his signature pastry, is so flaky on the outside with an airy yet doughy centre that you can stretch out before tucking into all that buttery goodness. For the cheesecake, let it sit at room temperature for 30 minutes for the full effect, as that waiting period is key. Once it’s begun to warm, cutting into it has the same satisfying sensation of cutting into a triple-crème cheese like Saint-Andre, as the creamy centre looks like it’s just about to ooze, and yet it just barely holds. The custard-like centre is heavenly–like the centre of crème brûlée–and the charred top gives it that extra caramel punch. It’s the sort of thing you close your eyes to eat.

The same can be said about le Burger at Nonsuch Brewery, which is perfection and has been on the menu since day one when it was created by original chef Tyrone Welchinski (same as the chips 'n dip you'll find in part two). The fat content of the brisket and chuck patty surely has to run around 25 per cent, ensuring the burger itself is always juicy, while the kitchen still gets a decent pressed sear on both sides. It’s slathered with melted cheddar, slow-cooked onions, and dill aioli, and altogether, while there’s no crunchy textural component, it eats so beautifully within that buttery toasted bun. It’s a burger you savour, and one we like to get with onion rings (w often throw two in the burger) and the cucumber salad, usually washed down with a strawberry kölsch. It’s a lunch you’ll be thinking of days later and one we always recommend to out-of-town visitors staying in the Theatre District.