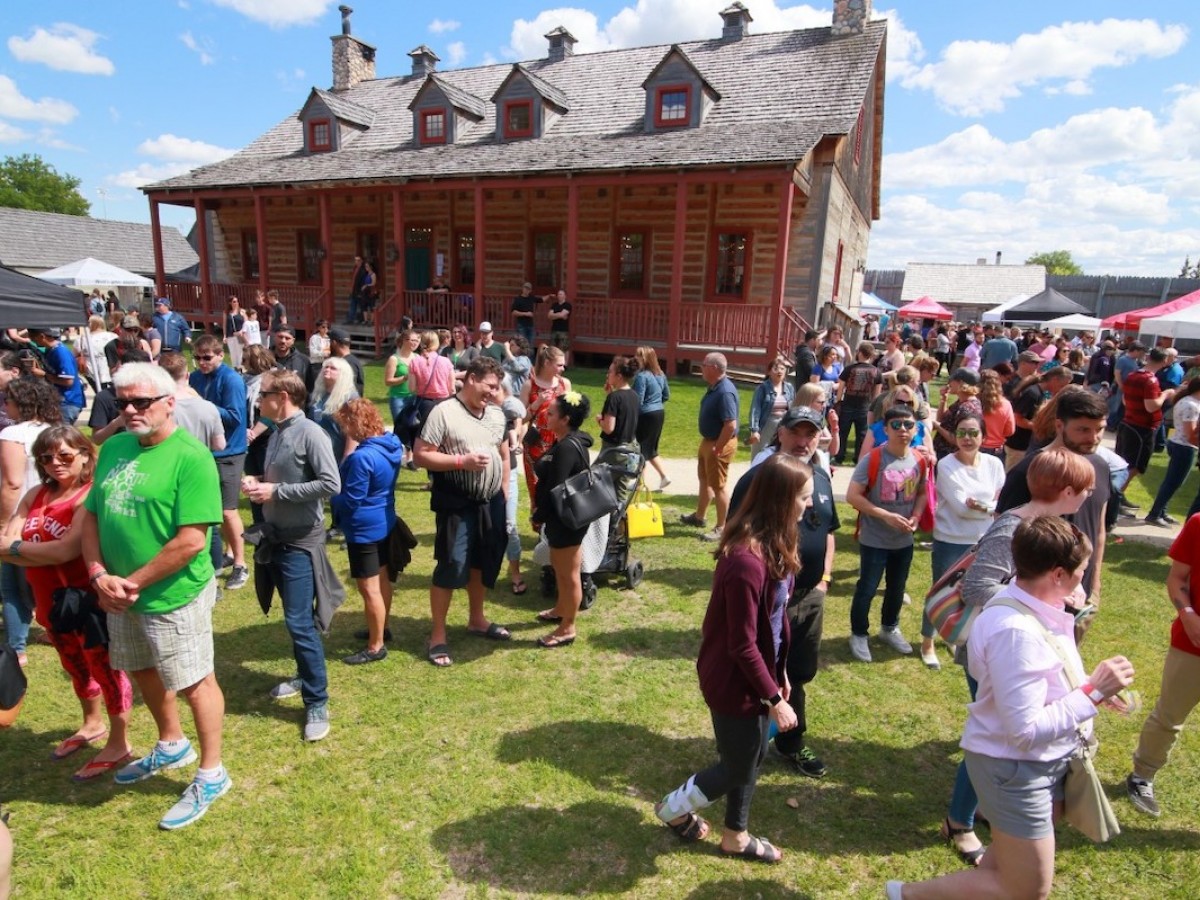 Last week we hit you with some new must-try restaurants that opened this summer, and now's the time to turn to festival season.

September always brings a number of delectable events to the city to close out summer and really sets the mood to raise a fork for fall.

Below we have the deets on legends like Many Fest Food Truck Wars and Foodtrip Festival, while the ever-popular Le Burger Week is going to a (highly suggested) plant-based format for the first two weeks of September. Plus, September also brings a huge celebration of local food to Fort Gibraltar that you won’t want to miss, along with the return of the Winnipeg Wine Festival and Winnipeg VegFest.

Foodtrip Festival – Since 2017, organizer Lourdes Federis has been putting on this festival/market as a showcase for countless smaller catering companies and food vendors. It was first primarily a showcase of Filipino cuisine, but has since expanded to include a world of flavours, with many vendors now found in her Foodtrip Kitchen shared restaurant space. At Foodtrip Festival, you’ll find what’s surely the largest selection of food vendors assembled at any festival in the city, along with food trucks, live music, huge bouncy castles and so much more for the whole family–including a dog fashion show.

September 3 and 4 from noon to 9 p.m. at Billy Mosienko Arena, 709 Keewatin Street. Free admission too! Learn more on Facebook.

ManyFest Food Truck Wars (and the Lakeside Lounge) -After a two-year hiatus (man, how many times have we had to rely on this line…) the biggest showcase for food trucks in Manitoba is back! As you’ll read in our 2022 Food Truck Guide, Winnipeg’s current fleet is pretty sweet. You can expect to find most of these trucks (at least 50+) lined up along Memorial waiting for your stomachs and votes. KYU Grill has had this competition on lockdown since 2015, winning every single People’s Choice award since then. I empathize with this year’s judges who will eat more than 50 items during the festival to award categories like Best Presentation, Bang for your Buck and Most Original (I’ve done it in the past and man, it’s an aggressive amount of sampling). The Lake of the Woods Brewing Company’s Lakeside Lounge will again be back this year, slinging their mighty fine selection of beers, while Cargo Bar is getting in on the action, ensuring a huge range of drink options.

ManyFest runs September 9-11 in front of the Manitoba Legislative Building. Bar/lounge hours are noon to midnight on Friday and Saturday, noon to 6 p.m. on Sunday. Full festival details can be found on the official website.

Winnipeg VegFest - VegFest returns (yes, after a two-year wait too) with an outdoor venue at the University of Winnipeg. The vendor lineup has yet to be announced, but you can expect all the city's best vegan/veggie-forward places representing at the all-vegan food court, along with a large number of producers and condiment makers. The event also has speakers–from celebrities to animal advocates to researchers–while there's plenty in store for the whole family including a kids' yoga zone, food contests, and meditation sessions. Get the full details here.

This one-day event is on September 10, from 11 a.m. to 6 p.m. at the University of Winnipeg campus on Portage Avenue.

Le Burger Week - At the start of the last few Septembers, Winnipeggers go overboard with beef to celebrate Le Burger Week, a cross-Canada event that usually sees our city having the most entrants (last year 180 Winnipeg restaurants took part). This year’s Le Burger Week is once again a fortnight (that’s two weeks for you young gamers; Sept 1-14) and surely much better for the planet with its plant-based theme that encourages chefs to go green with their entries. The full list of local participants has yet to be released, so we’ll be sure to update this section when that happens, but until then learn more at the official website.

MB Food Fest - The second annual MB Food Fest promises to be another stellar showcase for our area’s food and drink scene. Forty-eight vendors are already signed up to showcase their products, which include everything from spices, to jerky, perogies of all sorts, spirits, ciders, beer, spreads, cheeses, arepas, pop-up cocktail bar rentals, coffee and Jamaican cuisine. You can meet the makers, buy their goods and do so much sampling. In addition, there will also be a culinary competition featuring students from Red River’s Culinary Arts Program (which has produced countless top-notch local chefs) that you can help judge, as your ticket gets you four canapés that are vying for the title. Plus, there’s a poutine bar too that’s included with admission.

Winnipeg Wine Festival - After being delicately aged for an extra two years (we told you we won't say "after a two-year hiatus" again), Winnipeg Wine Festival is ready to pour itself out on the RBC Convention Centre and various venues across the city from September 17 to 24. The main public tasting event at the Convention Centre takes place Friday and Saturday (23-24) in three sessions. Here, your $69.95 ticket will see you sampling grapes from around the globe for three hours (please don't arrive on an empty stomach) with the promise of "exciting new tasting experiences." On top of that, there's all the individual WineDown events (namely all $70) like Brunch and Bubbles at the Delta (Sept 18); World of Wine at the St Charles Country Club (Sept 18); Crusin' California at the Qualico Centre (Sept 19); Italian Kitchen Party at Centro Caboto Centre (Sept 20); and Vive le Vin at Resto Gare (Sept 21), should you be looking to pair your interest in certain regions and varieties with a proper meal or canapés. The WAG is also hosting a celebration of New Zealand and Australian wines–it's not just sauv blancs and shiraz baby!–on their gorgeous rooftop on Thursday, September 22. Plus, there's the Inspire Gala at the Convention Centre on the Saturday night, which too will feature plenty of pairings, prizes, and a live auction.

Tickets and full details on all the events available here.