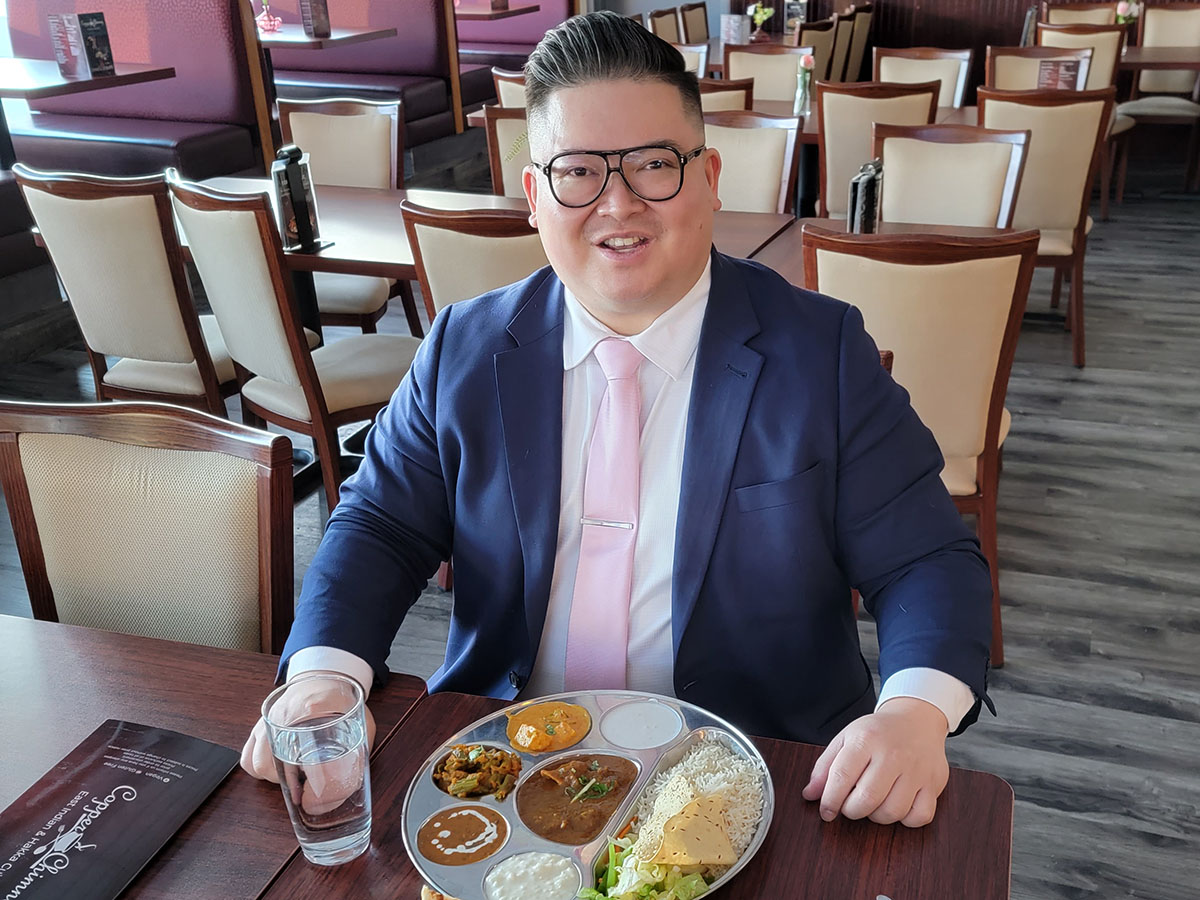 You can't hurry curry: A guide to Indian restaurants in Winnipeg

As the saying goes, "you can't hurry curry."

But when it is presented--those aromas, that air of spice that gets you salivating, that creamy texture--I'm guilty of rushing to dig in.

Winnipeg has a rich history of Indian restaurants* spanning more than 50 years. In the 1970s, the Mehra family opened Mehra's Delicatessen on McDermot Ave. where they served their famous "Mehra's Special" which consisted of a corned beef/pastrami sandwich topped with Sudha's secret hot mustard and melted cheese. This deli resulted in the opening of India Gardens, one of Winnipeg's first Indian restaurants which we affectionately know today as East India Company on York Ave.

My earliest memories of enjoying Indian cuisine came from my mother’s work friends when she would bring home curry and tandoori chicken from potluck lunches. Over the past couple of years I’ve been able to enjoy many of the restaurants here in Winnipeg and was able to dine in a number of them this past month.

I'm happy to share my guide to some of the best Indian restaurants to visit with your family and friends in Winnipeg.

After cheering on the Manitoba Moose one Sunday, I walked over from Canada Life Centre to East India Company. Upon entering, I was greeted by my friend and owner Sachit Mehra whose dining room features a nice array of Indian artwork and statues. East India Company is known for lavish buffets offered during lunch and dinner and I was beyond excited as it had been too long since my last visit. The buffet spread is loaded and organized in sections of salads, vegetarian, meat and desserts. I had two full plates and the highlight of my dinner was the use of the hot clay tandoor oven, which the chef used to make fresh naan bread with cheese filling. I highly recommend visiting with a large group and skipping breakfast that day!

Dawat (14 Keewatin St.)
If you're ever driving down Keewatin Street during the day, you will always see a stream of cars outside waiting for their food orders at Dawat. It is widely known for some of the best Indian food in Winnipeg with the best prices, as a majority of the dishes are under $10. I ordered butter chicken with rice and two samosas and it was just $9!  Another feature of Dawat is that it's open 24 hours. The restaurant is known for its chole bhature (fried bread) and masala chicken curry.

Cilantro's Restaurant (725 Gateway Rd.)
I took a lovely drive to East Kildonan to find this place, as so many of my friends claim that Cilantro's is their favourite Indian restaurant in Winnipeg. It did not disappoint. I met the owner Anurag Kukreja and he was so prideful of his team and food while the dining room has a very cozy feel. I ordered the chicken tikka masala with potato-stuffed naan bread. Anurag insisted I try other dishes and he suggested his paneer pakora and fish pakora as they're a fan favourite. Both were so crispy and juicy. For dessert, I had gulab jamun which is a sweet dough dumpling all made in house by his kitchen team. If you're in the east end of the city, they're definitely worth a visit.

Copper Chimney (305 Madison St.)
Located in the Polo Park area, Copper Chimney is one of the most modern Indian restaurants in Winnipeg. The dining room is spacious and I was greeted by very friendly staff. It was suggested I try one of the thali (platters) and I went with the goat thali that came with naan bread, rice, salad, yogurt, paneer, and dessert all served on a silver platter. Copper Chimney is a great option for a fancy dining experience.

Clay Oven (1 Portage Ave. E.)
I can say that this is one place I've eaten some of the best Indian food while watching professional baseball at the same time. Clay Oven is at Shaw Park (home of the Winnipeg Goldeyes) and visiting them made me so pumped about the upcoming baseball season. Clay Oven is open all year round and operates in a large, beautiful space featuring a hot clay oven for cooking all its delicious naan breads. I went vegetarian for this meal and ordered the masala dosa which comes with sambhar (lentil soup), idli vadha chutney, and coconut dessert. If you're looking for a private room for a reservation Clay Oven can definitely accommodate and have an incredible patio that you can reserve this baseball season.

*Should you not be able to read the article in this link, it details why we should stop using the term "East Indian" cuisine, as it, to paraphrase Vikram Vij, does a disservice to both the diversity of India as a whole (there is no East India) and Indigenous cooking here in Canada.