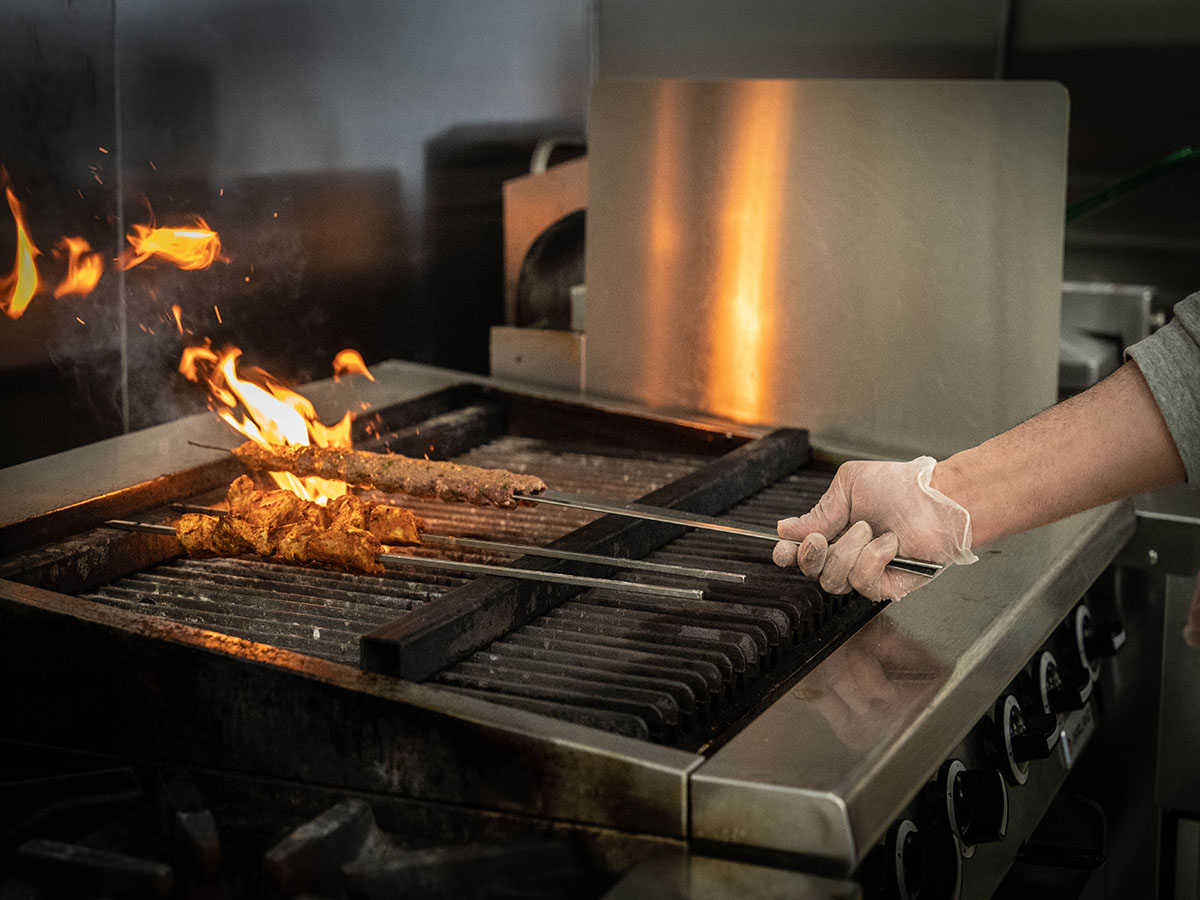 Alsham has all your Middle Eastern food needs covered in St. Vital

If you are in the south end of the city, you do not have to go far for delicious Middle Eastern cuisine.

Nestled in an unassuming strip mall in St. Vital sits Alsham Food Market (1574 St. Mary's Rd.), one of Winnipeg’s first Middle Eastern markets. It started as a Middle Eastern specialty store ten years ago and has since become a beloved staple in the community with its halal butcher, bakery, and barbecue and a takeaway counter that serves fresh and frozen meals. For cardamom lovers, they offer fresh-ground Turkish coffee and also sell the supplies so you can sip in style from your home .

The couple who owns and operates it, Khaldoun Majani and his wife Reem, moved to Winnipeg from Syria in 2007. After noticing a lack of Middle Eastern and Mediterranean options in the city they decided to open Alsham in 2012, originally as a grocery store to supply the city with ingredients from the Middle East. Khaldoun originally worked in dentistry back in Syria and fondly remembered his family recipes. He wanted to share the experience of having home-cooked food made with love, the kind his mother and grandmother used to make.

A few years ago they expanded, adding a butcher counter with fresh lamb, beef, and turkey, while they also started making their own in-house salami, pepperoni and sausage seasoned with their secret blend of aromatic spices. Proving to be a popular spot, they envisioned bigger things for the market and in June of 2021 renovated the other side of their building to include a grill, stone oven and takeaway food counter. The counter display may look sparse but rest assured, that's because everything is made fresh and ready to be devoured–including their pita bread which is made daily.

Alsham Food Market has an extensive menu which you can find in their store or on home delivery apps, but we suggest checking out their Instagram for a full preview. It is filled with menu items, descriptions, and incredible imagery to help you narrow down the vast array of options. You will find several types of manousheh (flatbreads) with toppings such as zaatar, sujuk and cheese, and their house-made pepperoni. Fancy yourself a fatayer? They have those too, with cheese, spinach or olives.

Eggplant fans will want to pick up some makdous, a traditional Middle Eastern dish made from baby eggplants stuffed with walnuts, red chilli, garlic, and olive oil. It's made from scratch and they source their eggplant from local farmers around Manitoba when in season.

Other must-try items are the lahmeh bil ajeen, a flatbread topped with seasoned ground beef with either pomegranate molasses or mixed vegetables, along with the large selection of kebabs and wraps. There's also no shortage of hummus, dips and sauces to fill your fridge.

Keep them in mind for future family style gatherings or catering needs, as they embark on their newest endeavour.