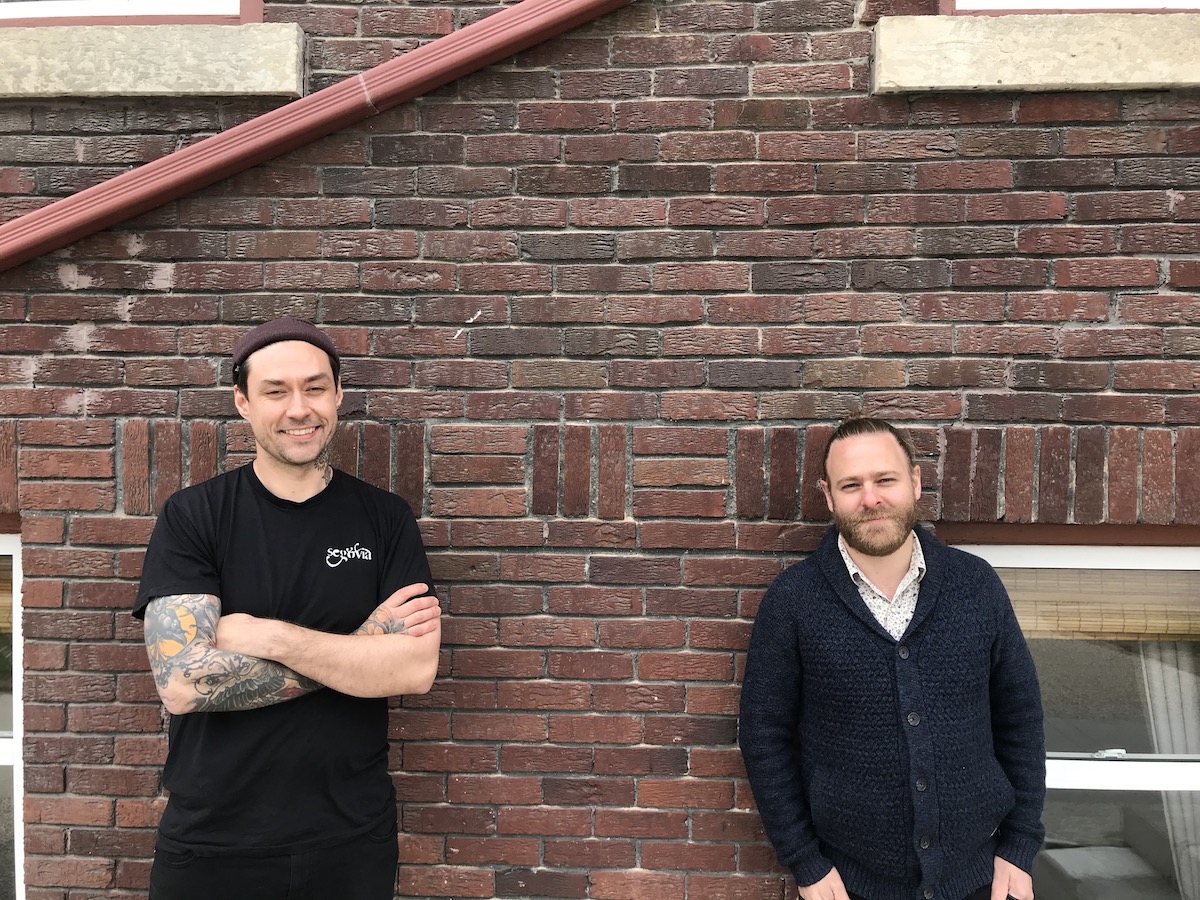 Chefs Keegan Misanchuk and Mike Robins will be making dishes at One Sixteen, opening early 2022 (PCG)

We're going to end 2021 by being optimistic, because there's plenty of things to look forward to on the city's culinary and brewery scene for 2022.

Exciting new projects are at hand, while some new gems have opened in the last month that you must check out in the weeks ahead.

So without further ado, here's what's new and what you can expect to open in the coming months.

One spot that has us terribly excited for early 2022 is One Sixteen (116 Sherbrook St.). The talent behind it is an embarrassment of riches, as it is a collaboration between some of the best brewers, chefs, pop-up bar operators and sommeliers in the city.

One Sixteen is owned and operated by Brad Chute and Neal McDonald of The Beer Can, along with Morgan Wielgosz and Amber Sarraillon of Good Neighbour Brewing Co. The spot will be the new official taproom for Good Neighbour, who also have plans in place to open a brewery of their own close by in 2022 too. The restaurant side of things will be executed by chefs Mike Robins and Keegan Misanchuk, with sommelier Rob Stansel (of Middle Tap) looking after the wines.

Throughout 2021 Robins and Misanchuk staged some pretty great pop-ups under the moniker Two Hands, so it's exciting to see them back within a full service restaurant. This One Sixteen team already collaborated in late summer (see the Insta post below) on a pop-up at The Beer Can which involved Turkish food cooked over an open fire with beer pairings from Wielgosz.

Robins was the head chef of Sydney’s at The Forks and Sous Sol , and spent the first part of the pandemic cooking in London, England, as the head chef of Pidgin–an acclaimed tasting menu joint. Misanchuk is the former chef du cuisine of our beloved Segovia (oh, how we miss thee) and was also in London at the same time as Robins where he cooked at BRAT, which is currently ranked by San Pellegrino as the 78th best restaurant in the world.

Right now they’re being pretty mum about the food menu, aside from it being called "drink-forward." Considering Good Neighbour specializes in unique and delicious brews like milkshake kettle sours, salty gose(s) and a Czech-style lager with robust bready notes, there's really no limit as to where these plates will take us. One Sixteen has an Insta account and website that you can follow for the latest details.

Another spot that was formerly in the West Broadway area also has plans for 2022. Khao House (which also happens to be one of chef Robins (and our) – favourite spots in the city) also has new plans for 2022 outside of its current location at The Good Will Social Club, so be sure to follow them on Insta for details.

If “drink better coffee” is on your list of resolutions, there’s never been a better time to take a trip down the Corydon Avenue Strip. Starting in early January you can visit the ever-hip  Riley Grae (701 Corydon Ave.) to pick up cool items and coffee, as you’ll find Never Better Coffee’s new location inside.

Never Better Coffee offers a fancy selection of curated beans, equipment and signature drinks for the dedicated brewer, while the mother-daughter-owned Riley Grae shop is filled with local music, zines, art and accessories to keep you cooler than a Gen Z with a flip phone.

A post shared by Devil May Care Brewing Company (@devilmaybeer)

Downtown, we're also eagerly anticipating the opening of Devil May Care's taproom and brewery. The brewer/ownership team of Colin Koop and Steve Gauthier have been producing great beers for years now in the city, working out of first Stone Angel Brewing Co and most recently Torque Brewing (we're obsessed with DMC's Tabula Rosa hibiscus wheat beer that comes out every summer). This past year, the fellas announced that they'll finally have their own space at 155 Fort St., a primetime location between The Forks, Canada Life Centre and so many of the city's hotels. Be sure to follow them on social for more updates.

New spots that are open

Every quarter or so we hit you with a New & Notable guide to spots that just opened in the city. Our latest two– for fall and the holiday season–covered quite a number of spots, but there’s always going to be some hidden gems we’ve missed.

For starters, there’s House of Taste (1833 Grant Ave. Unit B), a brand-new spot specializing in Egyptian cuisine, a rarity in Winnipeg. The owners have been catering in the city for a few years, while in December, they opened an actual restaurant in the strip mall on Grant near Superstore (across from Yujiro and Meyer’s Delicatessen;  beside Subway). The menu is 100 per cent halal and features kababs, shawarma and Egypt’s national dish, the carb fiesta called koshary (a heaping vegetarian number brimming with pasta, rice, lentils and fried onions in a garlicky tomato sauce). Here’s the Instagram and Facebook.

One we missed back in October is Queen's Korean Chicken and Barbecue (1045 St. James St., the former home of Snow and Moon Dessert Café). The chicken here is marinated for two days before being breaded and fried, while the menu also features classic Korean dishes like bulgogi, japchae, and dwaejigogi-bokkeum, all of which are available in a bowl form that is ideal for takeout. If you are a gochujang fan (who isn’t?), this spot is going to be your jam. Here’s the website.

Finally, Winnipeg’s newest (and smallest) brewery also opened earlier this month within the German Society of Winnipeg (121 Charles St.). The man behind it is Bernhard Wieland (the brewery is aptly named Bernhard Wieland Brewing), an experienced brewer who folks will recognize from Winnipeg Brew Werks, along with being the first head brewer at both Little Brown Jug and the Kenora location of Lake of the Woods Brew Co. He's producing eight beers currently, canning around 200 a week in cans that Dortmund fans (like us, Marco Reus for life!) will love with a BWB design. Ben Sigurdson from the Free Press has a great story that you can read here for the full details.

And while you're here, we'd just like to thank you for your readership over this crazy year and wish you all the best this holiday season. Happy New Year from the whole Tourism Winnipeg Team!