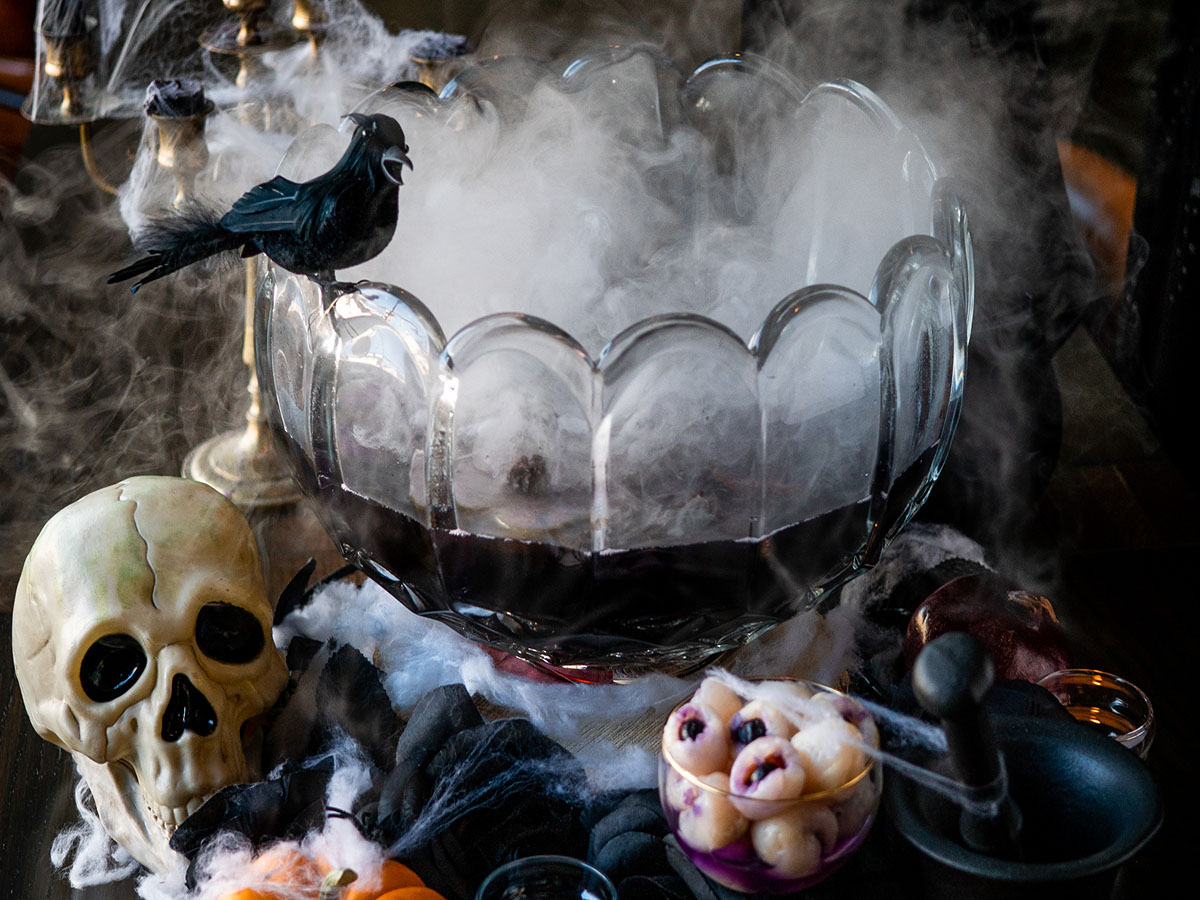 The Wood Tavern will be hosting a Halloween costume party Oct. 30 where guests can sample some Midnight Sangria, as seen above. (Emily Patrician)

Boos and Brews this Halloween season in Winnipeg

With Halloween upon us, there’s still time to craft the perfect potion for your upcoming sorcery-inspired soiree.

These local haunts are now serving up the most spooktacular boos and brews in the city, ensuring you can party hard this Halloween season while supporting the Peg.

Just please remember not to booze and broom.

Looking for some zesty, libations? Head to Barn Hammer Brewing for a Witch Hunt, a witbier made with Fireside Chat Rooibos tea from Cornelia Bean. With those unmistakable flavours of cinnamon, nutmeg and orange you’ll think this brew was concocted around a cauldron for Halloween, but Witch Hunt was originally created for International Women’s Day in 2018 by local women in the brewing industry. It’s available once again for a limited time only.

Dubbel, double, toil and trouble. This sweet, malt-forward ale, is made for fall cuddles. Head to Little Brown Jug and get cozy while tantalizing your tastebuds with its flavours of raisin, plums and dried cherry.

Devil May Care Brewing Company has been up to no good…they’ve been taunting us with some wicked news about a downtown location drop for spring 2022. In the meantime, as you shiver with anticipation, you should head to Torque Brewing for some of Devil’s Beer Lager Smoke Magik which surely is Red Hot.

If you’re up for some diabolical fun, Dastardly Villain’s Diabolically Decadent Brown Ale goes well with a monocle and an overly complex plan for world domination.

We're hoping it’s not a trick that La Brasserie Nonsuch Brewing Company will be hosting a Sugar & Spice Halloween Party on Oct. 30. It has some treats planned like the Sticky Situation caramel apple-inspired beer/cider hybrid.

For those of you needing some nitro in your stout, Kilter Brewing Co. has introduced the Coffee Crispii, which features a killer collab with Tom(b) Bargen.

Thanksgiving might be over, but the season for PSL everything isn't. Though not as spooky as others, Good Neighbour Brewing Co. brings ALL the people to the yard with its nostalgia-inducing Milkshake Kettle Sour Pumpkin Pie Beer. It's available at local vendors around the city.

Arrrrrre you looking for something a little spicier? Kick it up a notch with Capital K Distillery’s Tall Grass Pumpkin Spice Rhumb. Sip it as-is or continue your festivities the next morning and add it to your coffee.

For those of you who will be waiting for trick-or-treaters to arrive, grab Fort Gary Brewing Co’s Fall Haul to bring you back to the warmer days because let's face it - there's usually snow.

If there are any ghosts and ghouls who are doing ‘Sober October,’ add Patent 5 Distillery's Lemon Cordial to your soda water and take your mocktail from day to night!

This weekend, if you dare to venture into The Wood Tavern you will be greeted with a plethora of spooky delights. Stop by its main bar to sample some witches brew or perhaps you’ll be lured to the specialty bar by a Black Widow Smash? The tavern will be serving a Pumpkin Spi-iced capp martini from the Pauline Caffeine specialty bar, but don’t worry, you can sample its Midnight Sangria at any hour.