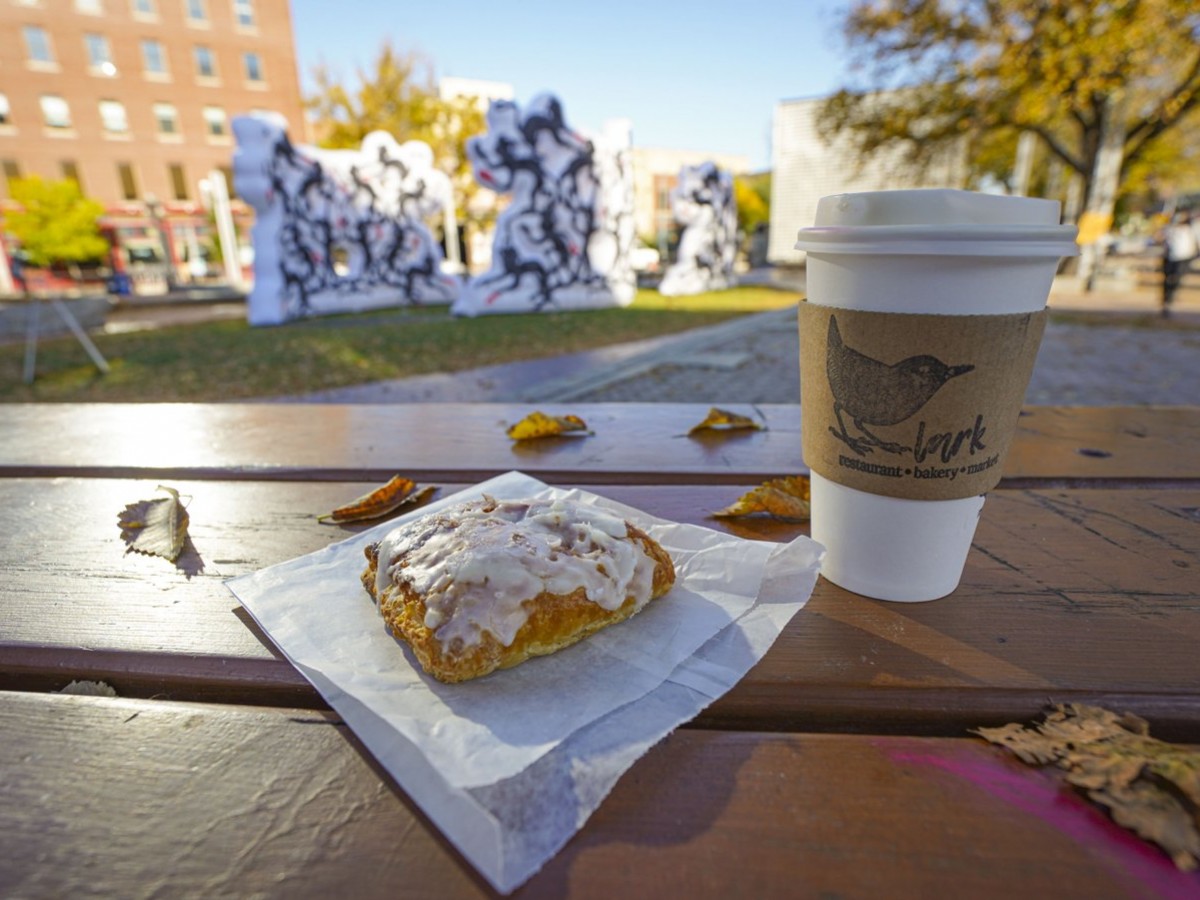 ​Step aside, apples - the season of squash always brings us back to basic

Lark keeps your latte local, with a house-made syrup made from real pumpkins. This cup stays away from a sugar rush, focusing all the flavour on its woodsy cinnamon notes. It pairs perfectly with many of Lark’s pumpkin-themed pastries, including a flaky take on a pop tart filled with cream cheese and puree.

Harrison’s Coffee Co. brings all the pie to the PSL, with a large stick of pumpkin pie crust atop a tower of whipped cream. This PSL is also extra sweet from added maple syrup.

Another PSL made with real pumpkin is Pauline Bistro's drool-worthy orange-tinted creation, topped with thick, house-made cinnamon whip. Available for pick-up or pair it with eggs benny for brunch.

Frenchway Café’s PSL is even more of an aesthetic than the colours of the leaves surrounding this Corydon Ave. café. Foamy and frothy, this PSL is so pretty you’ll have to post about it.

Hot or cold, Colosimo Coffee Roasters serves one of our favourite PSLs in the ‘Peg. Heavy on the coffee flavour, this latte gets extra sweetness from the creamy whip and extra spice from the cinnamon poured over the top.

Plus, pick up your Pumpkin Spice bagel schmear by Bagelsmith (Winnipeg’s only Montreal-style bagel shop) at Colosimo too.

Good Neighbour Brewing Co. has a sour beer to get us all in the fall spirit. The Pumpkin Pie Milkshake Kettle Sour is brewed with milk sugar and vanilla, loaded with fresh pumpkin and spiced with nutmeg, star anise and cinnamon. Basically, it’s a slice of pie in a can with vanilla ice cream on the side. Sounds gourd to me!

Even your ‘booch can be a little bit basic this fall – bring your growlers because Wolseley Kombucha is serving Pumpkin Spice kombucha on tap this month.

Vegans, rejoice! Fete Ice Cream + Coffee has a new (and gluten-free) pumpkin creation! Its Pumpkin Ginger Snap ice cream is made with a creamy cashew coconut base packed with a ton of pumpkin punch and loaded with spice to compliment the ginger snaps.

Lately at Bronuts, we’re all about Gregory. And no, he isn’t our favourite barista, but instead Bronut’s newest pumpkin cake creation with cream cheese dip and coated in a pecan oat crumble. We just can’t resist him.