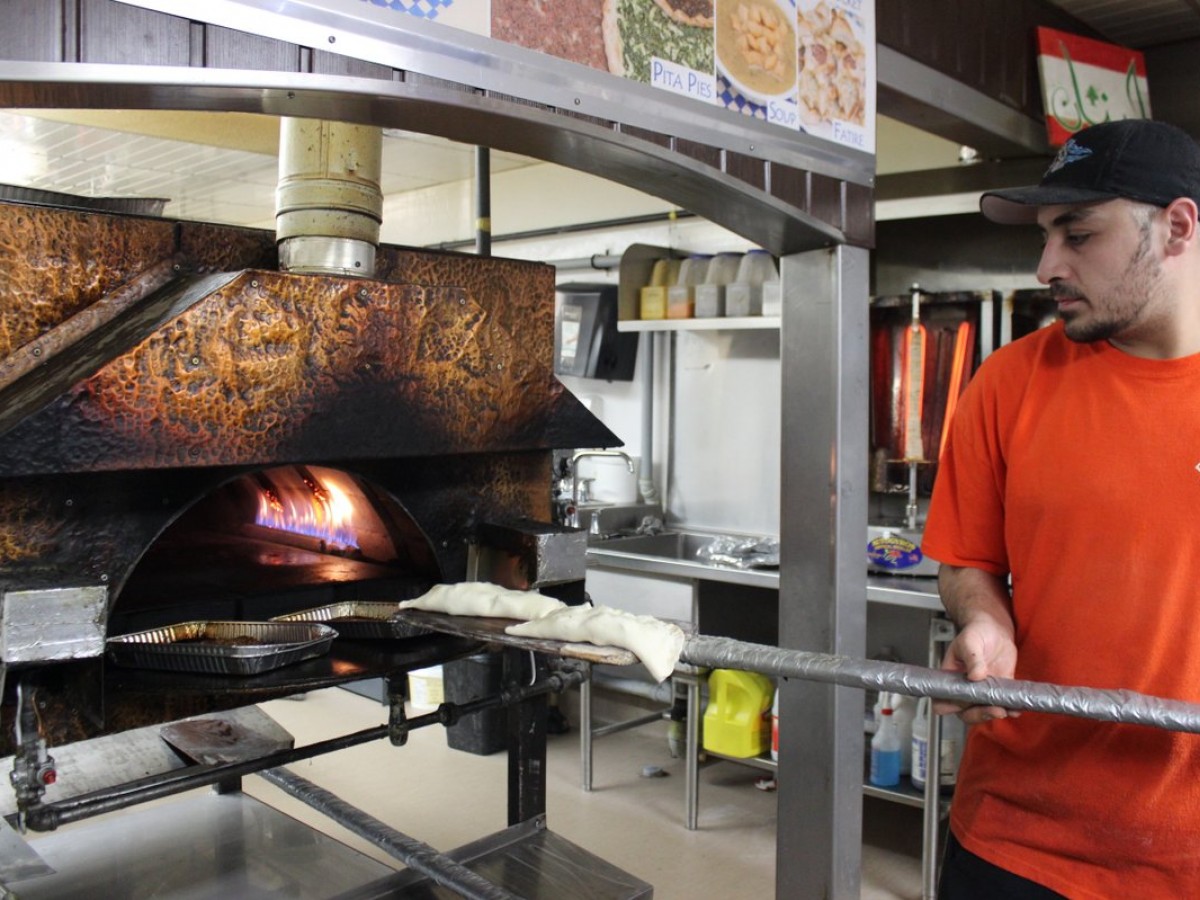 Our guest columnist Carter Chen is back with a new guide that really brings the cumin, cardamon and garlic sauce

Middle Eastern cuisine is all about whole foods with natural spices and flavour, so I feel no guilt eating it. In Winnipeg we are so fortunate to have many Middle Eastern restaurants from various regions.

It was so much fun interacting with the restaurant owners, I loved feeling their sense of pride with their food. Here's my fave Middle Eastern restaurants in Winnipeg!

Baraka Pita Bakery & Restaurant - 1783 Main St.
A Winnipeg institution, this Lebanese restaurant has been a long standing pillar of the community for many years on North Main Street. When I previously worked nearby I would visit on a weekly basis. My friend Rami operates Baraka with his family and they run a tight ship where everything is made from scratch!  The key is their in-house baked pita bread, hot sauce, and garlic sauce - which gives you garlic for days. Everything on the menu is amazing but my go-to order is the "Half n Half Platter" which consists of chicken, beef, salad, hummus, and pita bread. Their pita pockets, shawarmas and donairs are packed with so much meat, but don't forget to leave room for some chocolate baklava.

Tehran Cafe - 1875 Pembina Hwy.
If you're craving Persian flavours then Tehran Cafe is where it's at. They're located south on Pembina near U of M. My friend Mehdi first opened Tehran Market as a grocery store, then later branched off into the restaurant. I highly recommend starting off with the salad Shirzai which has cucumber, tomatoes and onion with fresh lemon dressing —it's so refreshing. For an entrée, definitely go with the kebab platters because they all come with roasted veggies and the softest Persian saffron rice. If you're feeling adventurous drink some pungent yogurt soda (admittedly an acquired taste) and you'll really feel like you're on a journey in Iran.

Shawarma Khan - 225 McDermot, 392 Graham & 2599 Pembina Hwy
If you want "food with flair" there are three Shawarma Khan locations in Winnipeg to choose from—South Pembina Highway, Graham Avenue downtown and the OG spot in the Exchange. It's owned and operated by my man CFL legend Obby Khan, who is always willing to ham it up while doing great things for the community. If you want to go big, order "The Wrath of Khan," it's loaded with beef, chicken and falafel, making it good for both a touchdown and an extra point. I also love all the shawarma plates that come with super crispy pita chips that are perfect to dip in hummus. I miss eating Shawarma Khan at Blue Bombers games and hope to be back at it in the near future.

Les Saj Restaurant - 1038 St James St.
"Saj” refers to the convex metal griddle which is widely used in the Middle East —particularly in Cyprus, Egypt, Iraq, Israel, Jordan, Lebanon, Palestine, Syria and Turkey—which is used in making flatbread, or “saj breads”.  Located in the Polo Park area, Les Saj takes a spin on Middle Eastern and Mediterranean cuisine, reminding me of being on vacation in Europe eating at an outdoor food market. Highly recommend are the Les Saj Platters that all come with delicious Saj bread. My favourite is the Arabic chicken Shawarma which comes with garlic sauce, pickles and crispy, spicy French fries. The staff are so friendly and make the orders very fast.

Yafa Café - 1785 Portage Ave
A true gem in St James, Yafa Café is a hub of the community. The owner Rana Abdulla has hosted myself and my foodie friends with true Palestinian hospitality. The inside decor is so vibrant, bright and beautiful with a great wall mural. It is known for manakeesh, which is a flatbread typically topped with za'taar. My absolute favourite order at Yafa Café is the falafel delight, featuring falafel balls garnished with tahini sauce, pickles, hummus and fries. I always leave room at the end for tea and pastries.