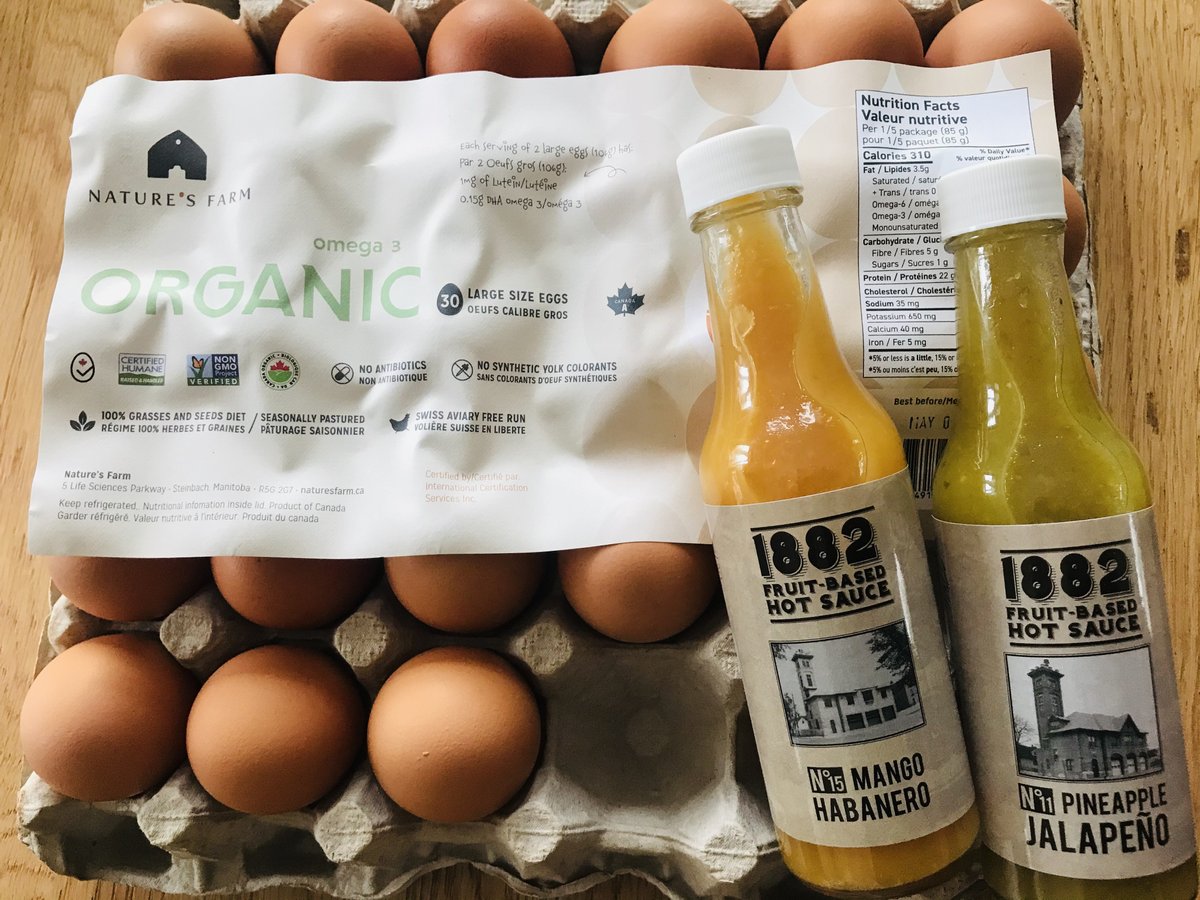 File under: Things that don't last long in our fridge. Nature's Farm eggs and 1882 sauces (PCG)

March with the Makers Part 2: Local food products we love

We cut to the mustard with hot sauce, tortillas, Korean sauces and plenty of interesting pastas

In Part 2 we’ll cut to the mustard, bring you the best-ever local corn tortillas and eggs, and tell you about a lineup of fruit-forward hot sauces that is simply boss.

Most of these companies can supply you through direct online sales, while we’ve also mentioned what stores carry them – namely Generation Green, Black Market Provisions, Vita Health, Deluca’s, Co-Op Marketplace, and Crampton’s.

Part 2 is below, while you can read Part 1 here.

While Korean sauces like gochujang, ssamjang and doenjang are now widely celebrated by most chefs, there so far has been no one making them locally. That’s now changed with The Kocina, a new producer in the city specializing in these fermented, spicy condiments, along with a Basque chimichurri sauce. The Kocina’s lineup includes ssamjang, kochujang, and mild, medium, and hot Korean hot sauces, all small-batch made using family recipes that date back generations to the 1800s. All the condiments are sold in 8 oz format, with the hot sauces all listing the Scoville Heat Units.  Shop online here.

Simply the best eggs we’ve ever had, while their range of quality pastas and grain-products shows no signs of slowing down either. Every great Winnipeg brunch restaurant serves Nature's Farm eggs, the yolks of which are easily spotted due to their brilliant orange hue (this is a result of marigolds in the feed, so we've been told).

Nature's Farm's lineup of granolas and mueslis are works of art too, while you’ll find that most of the city’s best restaurants that serve pasta, but don’t make their own in house, use Nature’s Farms deep lineup of noodles. All their dried pastas cook fast and are all kinds of toothy, while the company is continually using out-of-the-ordinary and exciting grains, from wild rice orzo, to einkorn linguine, to oat noodles – the majority of which are organic/GMO-free. Online store here.

We feel late to the party on this one, as owner Tammy Weibe has been fermenting and selling for a number of years now, while she first got her start over two decades ago. Weibe makes and sells several small batch ferments using local vegetables, including three kinds of kraut and two kimchis. The red beet kraut is what first got us hooked, as it adds a tangy punch to dishes along with a vibrant pop of colour (try it on top of an egg hash, or with a mixed grill as a condiment). We are all about her traditional Korean-style kimchi (also available vegan) which, has plenty of umami to support that hit of slight heat from the gochugaru.

Find Ferment for You products at these mighty fine retailers and restaurants.

When your Instagram and marketing hits this hard, so must your hot sauce. We first encountered 1882 Fruit-Based Hot Sauce at the Wolseley Farmers’ Market and have been hooked ever since. All the creations come at you in waves of flavour — immediately sweet on the tongue with all that tropical fruit, then vinegary, followed by a touch of heat, and an herbaceous finish. You can seriously do tastings of these hot sauces like you were cupping coffee; it’s gorgeous stuff, and not burn-your-palate spicy. The simple ingredients – for instance: vinegar, mango, onion, bell pepper, habanero, lemon, garlic, ginger salt in the No15 Mango Habernero – really shine in every little bottle.

We can’t write about hot sauces without immediately thinking of La Cocina Foods, located not far from from the city in Ste. Anne. As anyone in the know will tell you, these are the thinest, crispiest tortilla chips, making it easy to get carried away if you place a bag beside yourself on the couch. Less known, but perhaps even better, are La Cocina's gluten-free corn tortillas, which freeze so well and reheat on cast iron like a dream. Or, add a glug of oil to the pan and turn it into a tostada party — you won’t be sorry either. La Cocina products are available across the city.

Jaya’s Preserves has been working with the region’s hearty vegetables since the early '70s, when founder/co-owner Jayashri (who makes everything now with her daughter) started experimenting with pickling local produce like she used to in her native India. Her first great success was with carrots (Jayashri’s Spicy Carrot Pickle remains the company staple), while you can now find over 30 jellies – rocking every combo from Thai Chili Grapefruit Marmalade, to Rhubarb Gin Preserves (the flavours change constantly). Try the Lemon Pickle to liven your next cheese board (it’s so good with some soft cheese, like Chaeban Artisan's new feta varieties). Shop with Jaya online here.

The official queen of seed-based condiments, Carly Minish has been growing her line of SMAK DAB mustards since the age of 22 in the early 2010s. Since then, she’s won numerous awards and can now be found in over 75 MB locations, and another 50 in British Columbia. Our main mustard for winter sauce-making is the Canadian Maple (the whole mustard seeds provide a fun pop on your teeth) while the White Wine Herb finds its way into almost every salad dressing we make. Shop the SMAK DAB website here.

March with the Makers Part 3: Local makers we love