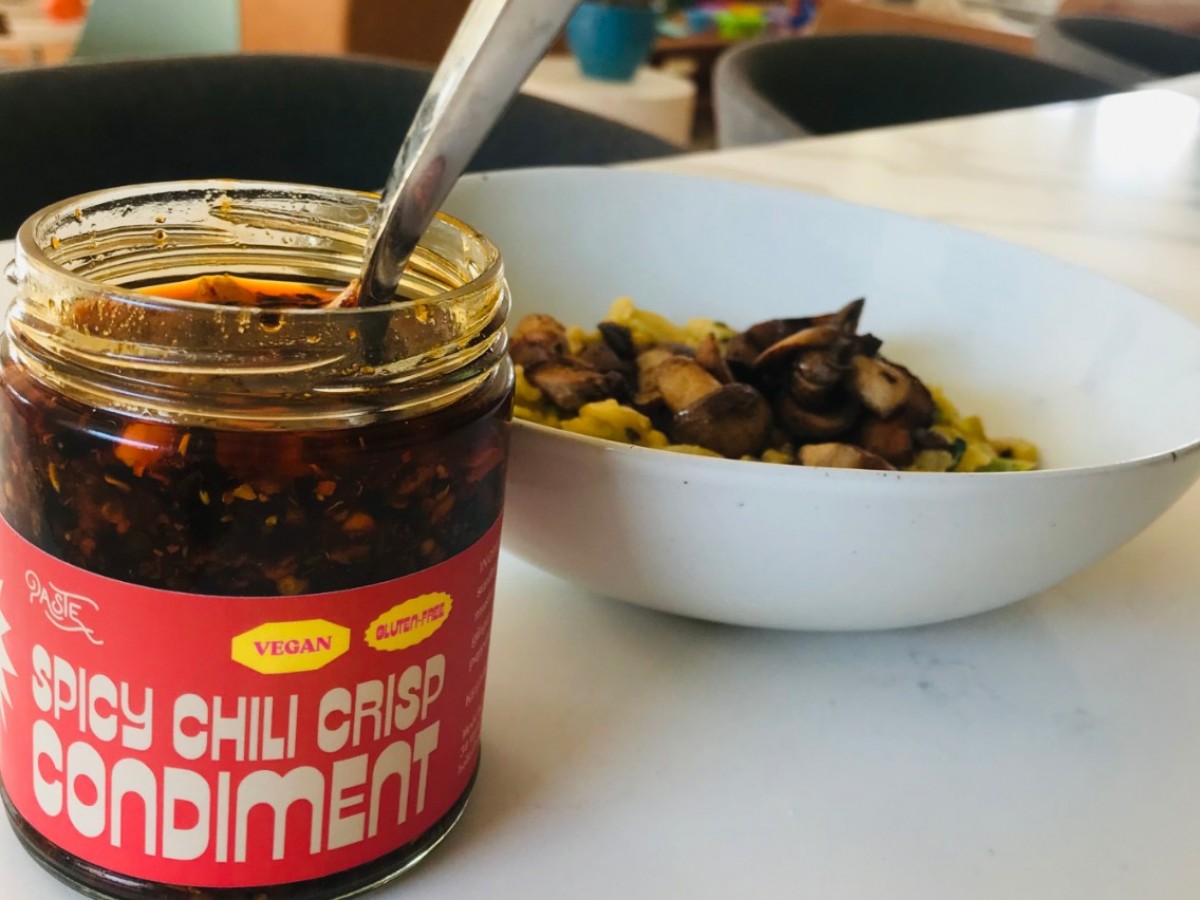 These Winnipeg (and Manitoba-made) products all get the PCG seal of approval.

Below you’ll find products that will make your next meal sing like Sara Barreillis covering Elton John. Part 1 has relish you’ll relish, old school fermented salami, addictive accoutrements, spreads that deserve celebrating, and some snacks too.

Most of these companies can supply you through direct online sales, while we’ve also mentioned what stores carry them — namely Generation Green, Black Market Provisions, Vita Health, Deluca’s, Co-Op Marketplace and Crampton’s.

Here’s March of the Makers, Part 1.

We’ve spread so many  Flora and Farmer products during this pandemic (on many sourdoughs, namely Eadha, Pennyloaf, Tall Grass and Hildegard’s) that it’s almost getting a bit much. At one point, I was playing hard on team Raspberry Grapefruit, only to be quickly drafted by Hot & Smoky Pineapple & Tomato (me amore), painting every bit of bread in the kitchen. And it’s not just spreads; tomorrow, I will put a huge scoop of their crazy good fermented salsa on my omelette and feel like I just came back from a yoga retreat.

Flora and farmer founder/owner Kim Bialkowski has a store to sell her products called Preserve, which is located within Hildegrard’s Bakery on the corner of Portage and Maryland. It’s a peach of a culinary pairing, as everything Bialkowski makes works so well with her neighbour’s bread. You can also order flora and farmer products for delivery with your Hildegard’s order.

You can’t talk about locally made culinary products without putting  Tabitha Langel and the whole Tall Grass Prairie team in the conversation. Grass Roots Prairie Kitchen complements the Tall Grass Bakery in The Forks Market, offering a host of products made from local vegetables like relishes, spreads, sauces and countless pickled items. On top of this, they also serve hot soups and stews, bison and vegan versions of chili and lasagna. There's also a very good mac and cheese made with Nature’s Farm pasta (we’ll feature it in part two), which you can also buy in the store.

The shelves also feature freshly pressed local sunflower oil — look up and you will see you are standing underneath the oil press — while you can watch staff preparing all these goods right from the open kitchen as soon as you walk into its market entrance. Grass Roots Prairie Kitchen products are also available at Tall Grass Prairie’s original Wolseley location.

Tomahawk Chips are upper echelon chips, which is saying quite a bit as we are living in the golden age of potato chips. Their straight-up crispiness is delightful, while the chip as a whole seems almost airy (meaning you can hammer a bag before you know it).

The 100 per cent Indigenous-owned business is by Alfred Lea, a First Nation from Pine Dock Manitoba, who founded the company in 2015. It is still run out of Riverton, Manitoba, while you can find Tomahawk Chips at these local shops.

Even if you are all for gluten, Amanda Lynn’s perogies will still more than impress. We eat at least a dozen of these a week, particularly the sweet potato-jalapeno version whose filling could easily rock any agnolotti. The dough itself crisps-up beautifully after a quick boil in water before being tossed into hot oil in a cast iron.

Lynn’s other GF products include cabbage rolls, pizza, chili and numerous other perogy flavours, all available frozen from many local grocery stores and butcher shops. On top of that, Amanda Lynn now has a storefront (Amanda Lynn Local Food & Gifts) at 35145 Dugald Road in Anola, MB.

Everything we’ve tried thus far from Made by Paste, the food company by chef Renée Girard that launched last fall, has been unbelievably good. Girard’s background includes cooking at  Langside Grocery, managing the café at Forth, and as a sous chef at Harth, which saw her land on the Globe and Mail’s “Canada’s Kitchen: 2019 Edition – Meet the country’s next top chefs.”

Made by Paste started as a way for Girard to start selling her fresh, handmade pastas directly. They are perfection — from the toothiness of the noodles, to the fillings of the stuffed pastas (her agnolotti and tortellini are outrageous!) All of the cooking directions are available on her website too.

On top of these she now has a line of condiments and sauces with my two top choices being the anchovy dressing and spicy chili crisps condiment. The former we’ve been putting on so much, from the obvious — the dressing for a kale Caesar, to the outrageous — my wife and three-year-old use it as dip for chips! The latter is my new single favourite Manitoban condiment. This spicy chili crisp condiment is addictive. There’s just a touch of heat, so many crunchy textures from the various chiles and garlic slices, while the flavour has waves of warm autumn spices that pair with almost everything. Aside from obvious applications like eggs and pasta, try using the crisp as a marinade — we had outstanding results rubbing it all over slices of Japanese eggplant before roasting.

You can buy directly online from Renée with pickup happening at Synonym Art Consultation at 211 Pacific Avenue. These products have all become very popular, so get your order in early — particularly if you looking for pasta. You can also buy her condiments at Ellement Wine + Spirits in The Forks Market and Miller's Meats.

The newest official company on the list is from a chef who Winnipeggers know well. Tyrone Welchinski has been a chef King + Bannatyne, spent time in the kitchen at Deseo and Peasant Cookery, and was most recently as the head chef of Nonsuch Brewery, where his plates and house-cured charcuterie boards helped them land on the Globe and Mail’s “ The ten best new restaurants on the Prairies in 2019.” (Was that Winnipeg’s best-ever cheeseburger? And the veg dishes were sublime too, particularly that baba ganoush pickled squash toast.)

With  Welchinski’s, Tyrone is now selling his salamis directly, all of which are made the old-fashioned way, using local Berkshire pork from Zinn Farms before being fermented and dried for four to five weeks. The upcoming first roster of cured meats includes sopprassata, chorizo, Miller Mustard, diablo, picante, hunter, cacciatorini and Landjäger Hot Rods. This week you can start by ordering his cacciatorini exclusively through the above Made by Paste.

Another relatively new company on the city’s culinary scene, Bones and Marrow started serving their buttery broths in 2017, right when bone broths started to compete with chaga as the newest health craze.

Many Winnipeggers scored their first sips when owners/co-founders Ryan Wiebe and Shawn Vidal were slinging the stuff at The Forks on the Red River Mutual Trail. (At that point, Winnipeg actually became the hippest destination in Canada for having a bone marrow bar on a skating trail; even Brooklyn was jealous.) These broths (which you’d never make at home, given the 24-hour simmering and skimming time) feel more nourishing than a hug from Grandma, and are chock full of collagen, calcium, phosphorus and of course, protein. Above that, they are delicious, as the stock features plenty of vegetables and herbs, while all bones come from free-range chickens and grass-fed cattle.

Part 2 comes out on Wednesday, Part 3 next week.