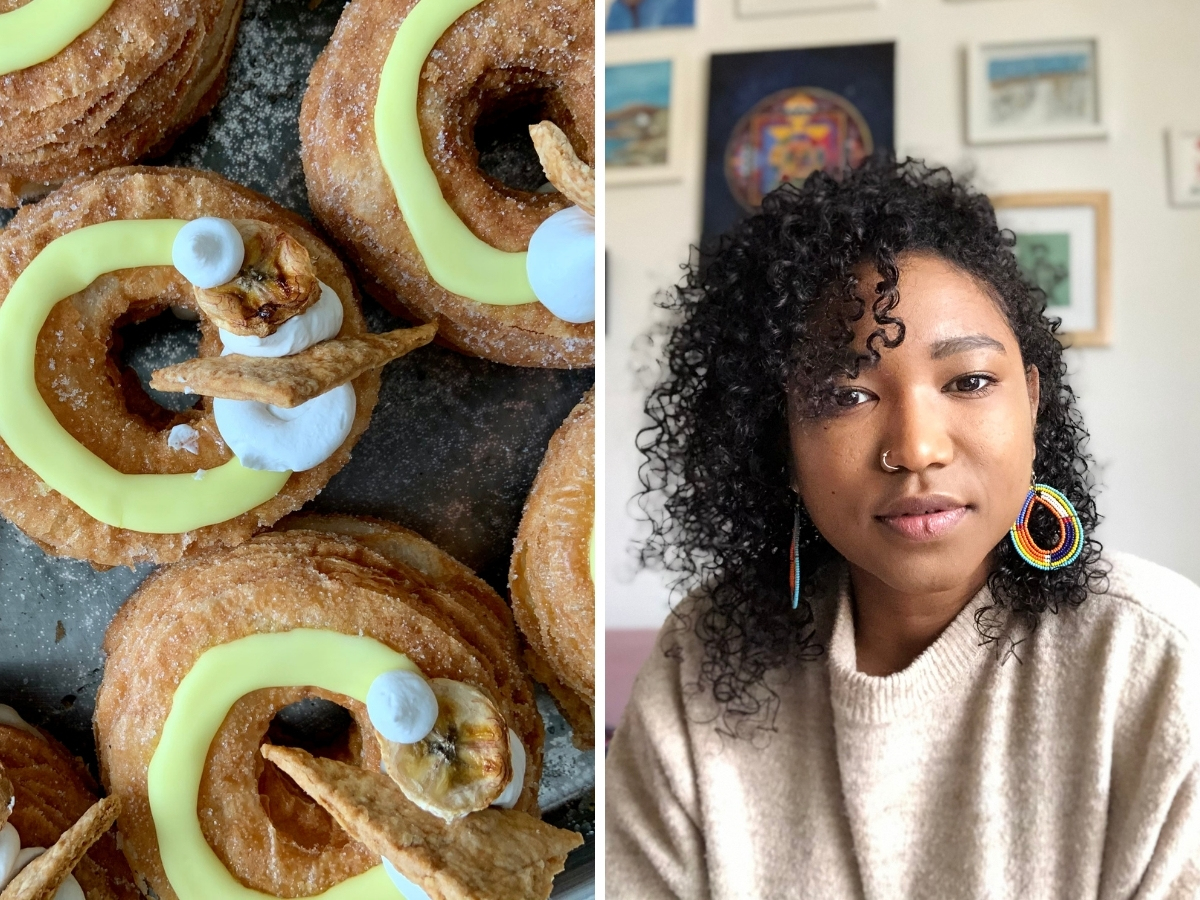 From Mauritius to Winnipeg, biochemist baker Laura Gurbhoo has been dazzling farmers’ markets with her creations while a storefront is set to open at end of month

Surely most Winnipeggers don't know a lot about the tiny, diverse African island nation of Mauritius, with lush rainforests, waterfalls and beaches located some 1100 km east of Madagascar in the Indian Ocean.

They will, however, soon know of Gâto Bakeshop, which will showcase creations by Mauritian Laura Gurbhoo, who already has a local fan base via dazzling display cases at the Wolseley Farmers’ Market—where we first tried her pastries.

Gurbhoo originally moved to Winnipeg in 2015 to do her Bachelor of Science in Biochemistry at the University of Winnipeg, with designs on becoming a pharmacist. Upon graduation, she couldn’t resist the pull of her background in pastries, becoming a viennoisier (old french word for pastry chef) at Frenchway Café, a position she held for nearly four years while also later selling her Gâto-branded creations online and at the aforementioned farmers’ market.

She’s now just a few weeks away from opening up her very own shop—along with the help of her boyfriend Fergus and little sister Alexandra—at 819 Sargent in the West End.

Here, there will be plenty of pretty plant-based pastries and sourdough products on offer (including sourdough croissants)—all of which are created in an eco-conscious manner, as you’ll learn about in the interview with Gurbhoo below.

When did Gâto first begin?

Gâto started in 2018. At the beginning it was just me wanting to take on new baking challenges and make baked goods for my vegan family members to enjoy. I named it in 2019 when I thought that I was ready to share the products with more people.

What’s in the name?

Gâto translates to cake in my native tongue, Mauritian creole, which I want to celebrate in my baking.

Will everything in your shop be strictly plant-based?

No, it won’t. We started only offering plant-based as [one main] focus of Gâto is to reduce our carbon footprint and be environmentally sustainable. Many studies have shown that overall vegan and vegetarian diets are substantially more ecological in terms of resources used and having a lower carbon footprint, thus it was the most logical way to stick to our vision while offering great products.

That being said, we want to feed everyone, while taking care of the Earth. So, we will be offering a few products that aren’t vegan. However, every bit of the dessert is carefully thought about; we source local and/or sustainable where possible, as well as provide fully compostable packaging while adopting low-waste baking practices. All the desserts offered are mostly seasonal and depend on what the farmers have to offer.

What is your background in baking?

Baking has always been my passion. It was my summer job since I was 15; I worked by the side of a Cordon Bleu-trained chef and spend lot of time learning on my own. I came to Winnipeg to become a pharmacist and inadvertently ended in a baking position. When I graduated, I decided to stay for a bit until I eventually realized that I didn’t want to be a pharmacist anymore. Gâto came about as I wanted to try new things, different things and I especially wanted to make a change and focus on the global climate crisis.

Can you share a bit about the process behind turning your favourite desserts, plant-based?

I don’t really believe in turning some desserts into vegan ones. When I make a vegan dessert, it is meant to be vegan; it is created vegan and sometimes it just already exists as a non-vegan. But it is more about the overall dessert’s taste, texture, mouthfeel and emotion you get while eating it. So it takes lots of trial and error and forgetting the basis of baking as vegan products do not act the same.

You offer so many incredible baked goods we’ve never seen anywhere else before (turmeric-ginger sourdough bread, vegan chocolate and pizza croissants, etc). How do you come up with these creations? Can you highlight one or two of the baked goods you offer and explain them?

My creation process is very simple: What is available and what do I and people want to eat. I like to use different textures while sticking to a simple flavour profile—and I love vanilla.

The vegan sourdough croissant was definitely my biggest challenge; they are made from 100 per cent local flour; organic, fair trade and sustainably harvested oil (aka vegan butter); while I didn’t use any commercial yeast. So it took some time to find a dough that rises while having pleasant acidity. The other challenge was using organic vegan butter that has no chemical stabilizer; it is much softer than butter so I had to adjust the traditional croissant making technique to one that worked with the ingredients I used.

And cronuts! They are just fun and they definitely reflect my state of mind and my love for snacks—mostly sweet snacks.

Where can people get your creations?

How have Winnipeggers reacted to your business so far?

So far it has been great, lots of support from all over Winnipeg. I am very happy about how supportive Winnipeg can be.

Gáto Bakeshop will open later this month at 819 Sargent Avenue. Until then, you can check out the online shop here. This interview has been edited for formatting purposes.