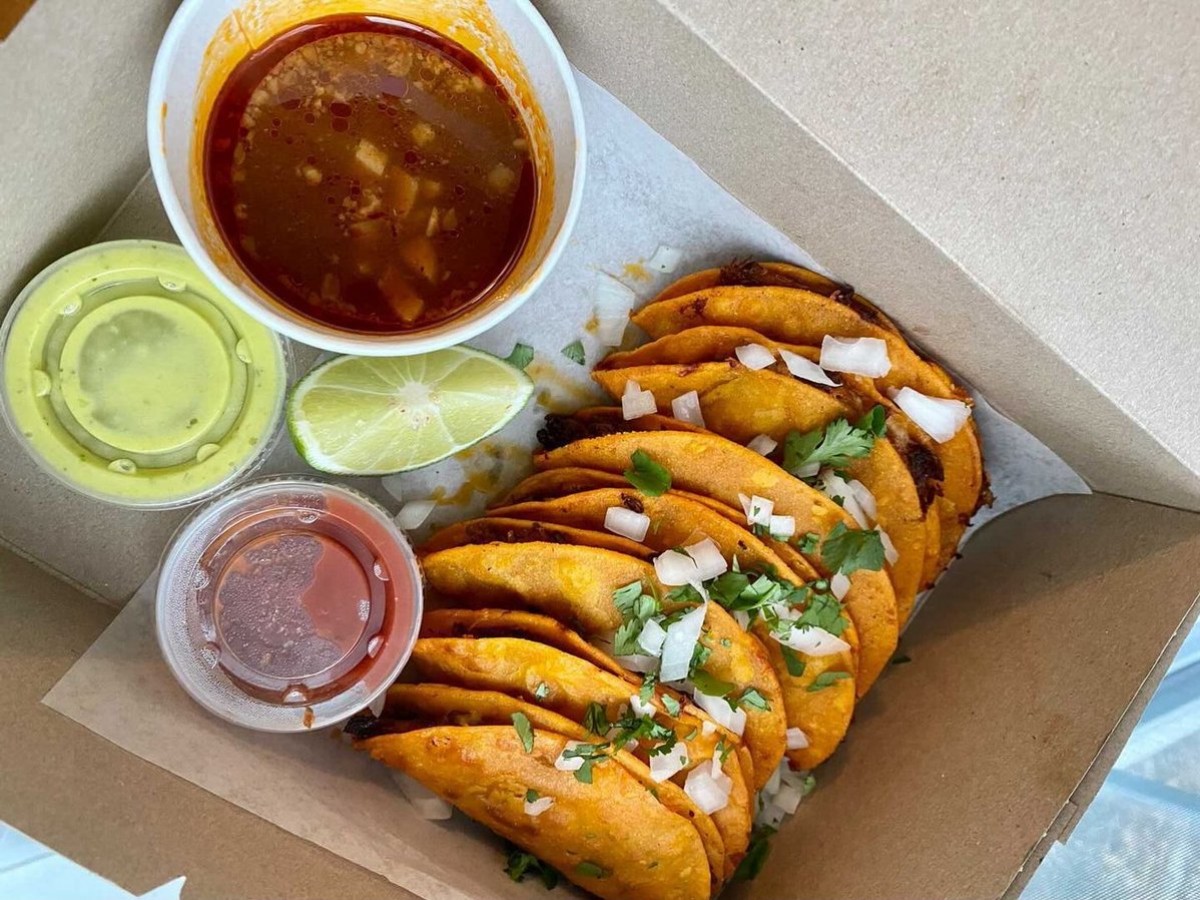 Women, Wine and Food tickets on sale now too!

Rolling appears to be the theme for this latest New & Notable, where you’ll find in-demand items like cheese rolls, lobster rolls and dipped tacos from some fresh new ghost kitchens.

On top of that, there’s the Women Wine & Food Fundraiser which is where we’ll start.

This annual culinary focused fundraiser is for the  Women’s Health Clinic, which is currently celebrating 40 years. It would normally run as a festive food station event, but because we’re still in a pandemic, the 2021 event has gone virtual while the culinary component is a food box brimming with canapes from some of the city’s best chefs.

Along with the canapés (which include storage and heating instructions and are available gluten, shellfish or pork-free), you also get a choice of red, white or rosé wine, or a four pack of products from Little Brown Jug brewery.

The event is on March 8, with the delivery happening between 3-7 p.m. on March 7. The event sells out every year, so get your tickets today.

You can also pre-order the Women, Wine & Food Cookbook, featuring recipes from chefs who have contributed to the event in the past. Tickets and more details available in the link above.

This delivery service really has an apropos name, because naturally everyone says, “oh my god, cheese rolls” when they see cheese rolls. (We suppose the same can be said about doughnuts, but still).

We missed these flaky, gooey numbers in our last two lists, as it has been delivering since August. There are usually six to seven flavours to choose from, all of which can be ordered for delivery directly here. The OG, a plain cheese, is inspired by LA’s iconic Porto’s Bakery, while OMG’s adaptations include banana Nutella, Oreo, peach mango, strawberry cheese, blueberry cheese, peach mango cream, and ube. They are accepting orders now for Feb. 26-28.

You can also buy them at Supreme Ice Cream Shoppe in The Maples—a place with all manner of delicious Filipino desserts and savoury items too.

Also rolling in to the city’s culinary scene at the end of 2020 is Lobster Bae, which pairs flown-in-live Nova Scotia lobster with buttery buns made right her in Winnipeg. Rolls are all killer, no filler, with singles going for $19 and pair at $37.

The whole business is becoming an homage to homard, with bisque now on the menu along with sliders that literally shine with butter. You can only order on Instagram via direct message. Sold out for Feb. 28 orders.

RaRa Taqueria (and KYU for birria)

Specializing in birria tacos (the kind that gets dipped in broth before being fried crispy), RaRa Taqueria is perhaps the ghost-iest ghost kitchen in the city, a mere spectre should you be able to seize it (ie. Sarah, the owner works a full time job so can only take so many orders per week). Via Instagram, at select hours, you are able to order $20 boxes that look this majestic, with tacos filled with braised beef, cheese, cilantro and lime, served alongside the secret consume with a side of avocado crema. For an additional $5 per box the tacos can be cheese-skirted. This week is already sold out.

Need birria tacos now? Check out KYU Grill. They has been serving up a full menu crispy, cheesy tacos at both their KYU Grill Kitchen locations (1855 Pembina Highway & 260 Henderson Highway).